It’s time for Rangers, Artemi Panarin to meet the moment in Game 7 This is the time and this is the place where these band of Rangers can make their own history and establish themselves as rightful heirs to the Henrik Lundqvist Era.

This is the night for Game 7, the Rangers and Penguins going at it one more time on Sunday under the bright lights of Broadway.

This is the game that has been waiting for Artemi Panarin through his whole career. This is the opportunity that is here to be seized when a special moment meets a special player.

The Blueshirts need a big night from Panarin just the way they needed big nights from Mika Zibanejad and Chris Kreider to keep this series alive in Game 6 in Pittsburgh on Friday. Four goals later split between the pair and the Rangers had extended this series for the second time in three days.

Panarin’s game has been unrecognizable lately. A player whom you can’t take your eyes off has morphed into a player you barely even notice. There is no electricity to No. 10’s game. There is no jump in his step. He can’t get passes through, he is having trouble handling the puck, he is double-clutching on a shot that has betrayed him.

Looking-good hockey has gone through the looking glass. 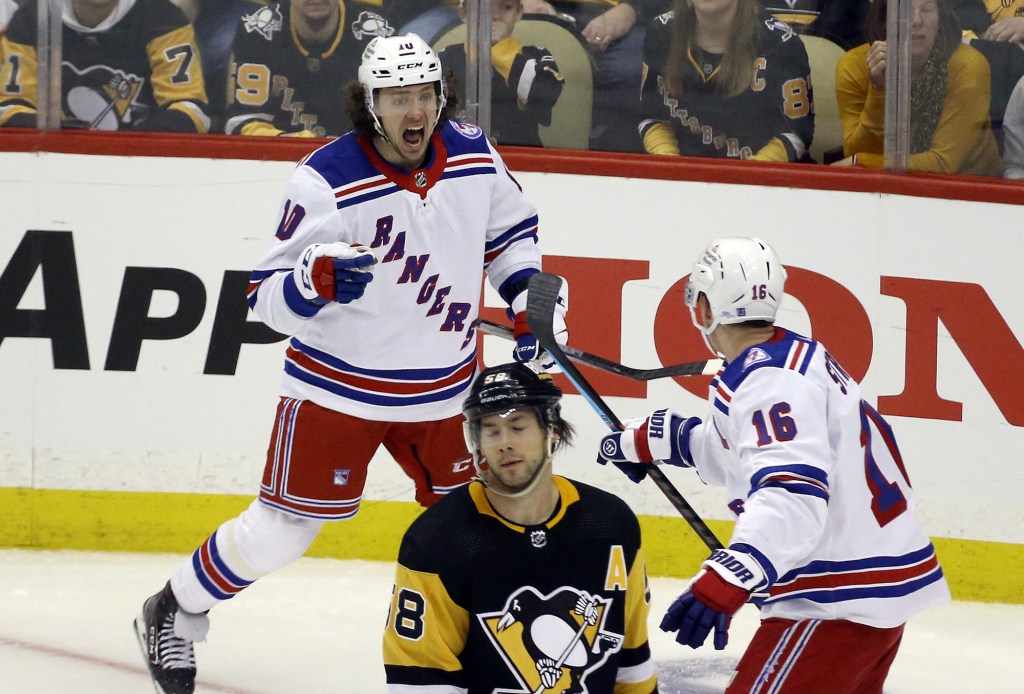 Artemi Panarin and the Rangers will look to beat the Penguins in Game 7 on Sunday.USA TODAY Sports

Beyond the obvious, Games 5 and 6 were great for the Rangers’ collective psyche even if they were achieved against a depleted opponent. Overcoming 2-0 deficits in each validated the Blueshirts’ self-belief. This has not been pristine hockey by any means: There is an inordinate amount of chasing the puck, there are still too many extended shifts in the D-zone, and the team still does not get enough shots to the net.

Post Sports+ members, sign up to have Mollie Walker text you the latest word on the Rangers and reply with your thoughts and questions. Not a Sports+ member yet? Try it now.

The Blueshirts can’t worry about who will or will not be in the Pittsburgh lineup. They cannot become consumed with whether Sidney Crosby will suit up. They cannot worry about whether No. 1 Tristan Jarry will return to nets for the first time since sustaining a broken foot in an April 14 victory over the Islanders.

This is about the Rangers, who have shown a lot more bite since Ryan Lindgren rejoined the fray in Game 5 after missing three games with a lower-body injury he sustained or exacerbated in the triple-overtime opener. These have been the best two games of Lindgren’s season. Probably not at all coincidentally, Adam Fox has elevated his game with No. 55 on his left. 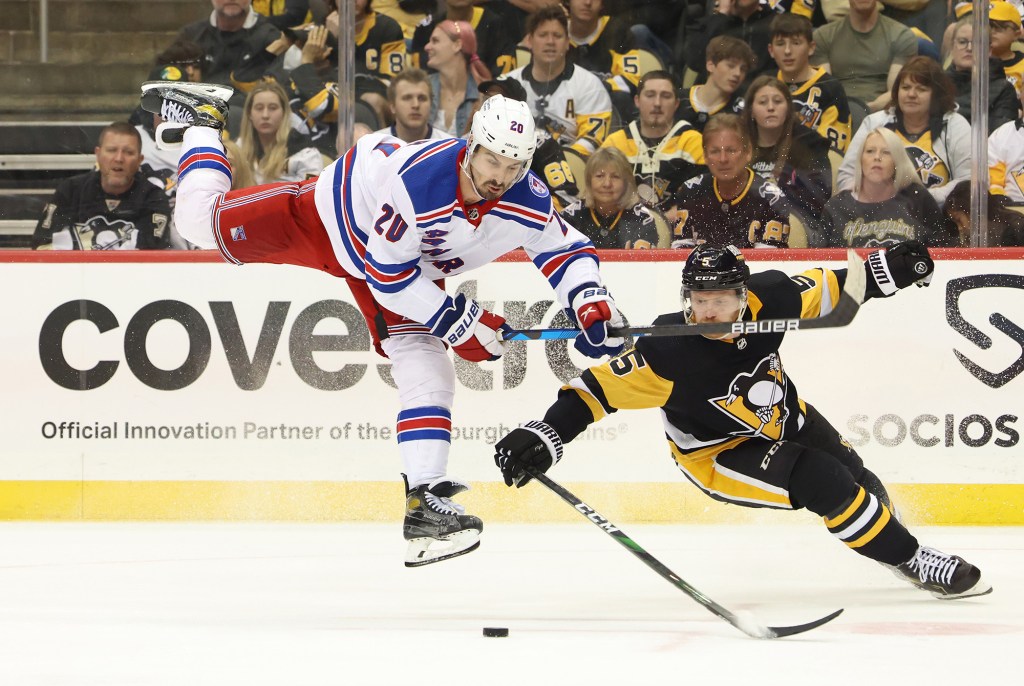 Kreider was here when the Rangers became the first and only team in NHL history to overcome 3-1 series deficits in consecutive years, pulling the comeback off first in 2014 against the Penguins with Game 7 on the road then the following year against the Capitals with Derek Stepan getting the overtime winner in Game 7 at the Garden. This Zen-like 52-goal scorer (plus four more in this series) can impart wisdom about what it takes to complete the comeback.

But No. 20 can also impart a warning about taking home ice for granted. The Rangers were so sure when the 2015 conference finals against Tampa Bay came down to a Game 7 at the Garden after having won Game 6 on the road. That is what those teams did. This is who they were. They came from behind in multiple series. They won Game 7s. They won Game 7s on Broadway.

In fact, the Rangers had gone 6-0 from 2012 through that Caps series in 2015 in seventh games behind Henrik Lundqvist, and 4-0 at the Garden. They seemed invincible. Until they were shut out, 2-0, by the Lightning in that decisive match.

The Lundqvist Rangers went 15-4 in potential elimination games in that aforementioned four-year run. The Shesterkin Rangers are 2-0. They need one more to pull this off and put their names next to the likes of Ryan Callahan, Ryan McDonagh and Marc Staal.

The Blueshirts have made it here when that seemed most unlikely less than a week ago. But though that is better than the alternative, it is still in the vicinity of So What? and Nowhere. The Rangers have located their underpinning but have yet to play their best game. They will need that in this one. They will need it from Panarin.

The moment has arrived. It is time for the Rangers to meet it.