NASHVILLE, Tenn. — Not this time. Not this game.

The Islanders played an abysmal first 30 minutes on Thursday night, but instead of coming back, their attempt fell short in a 5-4 loss to the Predators. Though the Isles regained their footing in the back half of the game and threatened to pull of another stirring win, they instead are heading to Dallas with an 11-7-0 record and the realization that they cannot play themselves out of every hole they step into.

The first period on Thursday exemplified a habit the Isles have gotten into of coming out without their best, and the Predators jumped all over them in response. Filip Forsberg cleaned up a rebound from Roman Josi and scored just 1:03 into the game, and it came after 1:03 straight of Nashville pressure.

Nashville scored twice more before the opening 20 minutes had finished, with Colton Sissons redirecting Cole Smith’s shot at 8:43 and Nino Niederreiter’s shot going off Noah Dobson’s skate and past Ilya Sorokin at 9:41. The only reprieve for the Islanders was Adam Pelech’s goal on the team’s first shot, which took a hop off Dante Fabbro’s stick and sent Juuse Saros the wrong way. 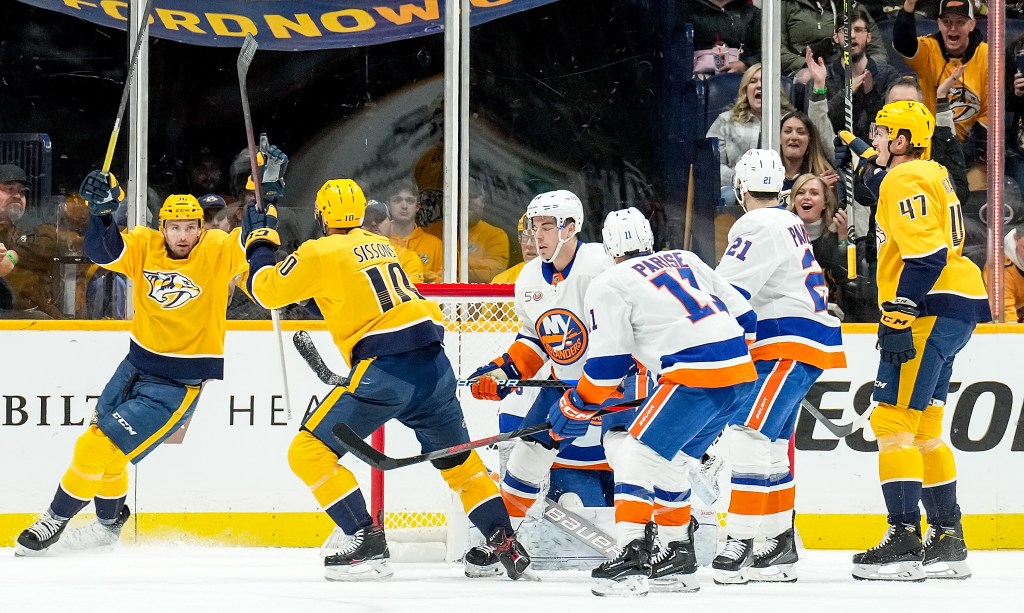 The Predators celebrate during their win over the Islanders on Thursday. NHLI via Getty Images

When the Islanders went back to their locker room for the first intermission, they did so with a two-goal deficit, the Predators having outshot them 18-7 and the ice having been thoroughly tilted against them, in need of another comeback.

This time, they couldn’t get it.

Nashville scored again 5:01 into the second, with Juuso Parssinen putting in Forsberg’s rebound. It would take until halfway through the period for the Islanders to regain any semblance of structure. For far too long, they were victimized when breaking out, made sloppy first passes and let the Predators through the neutral zone scot-free. 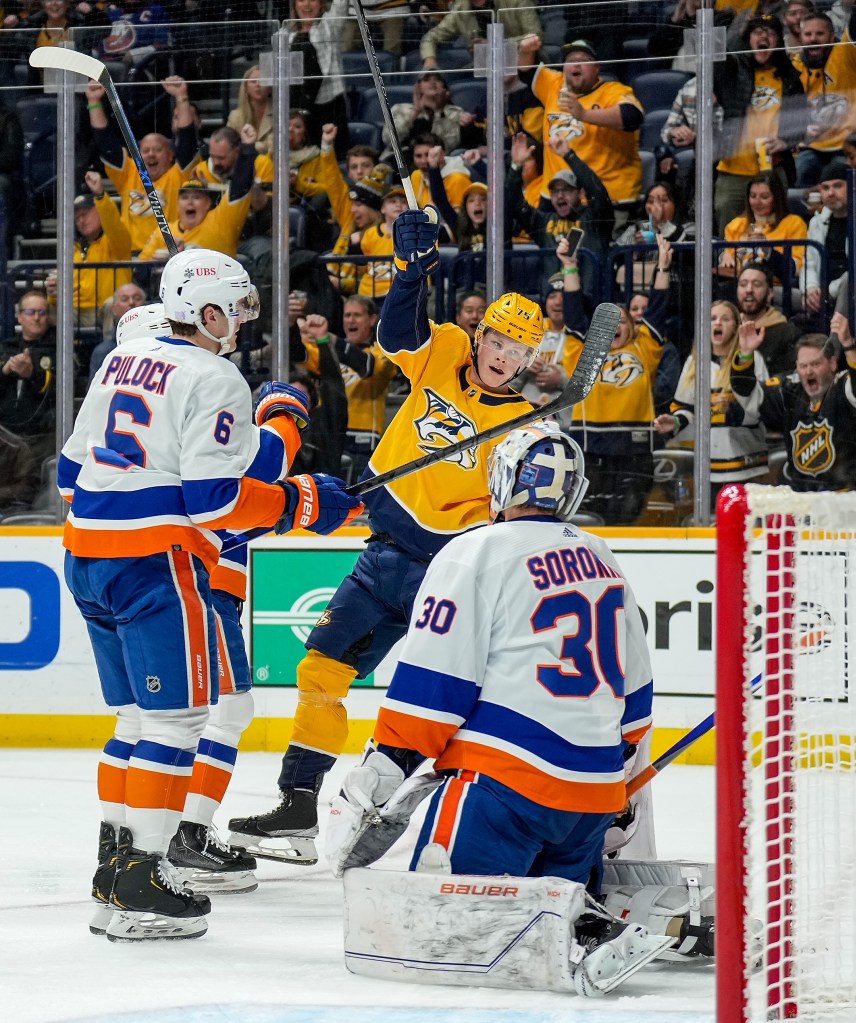 The Islanders have played with speed and aggressiveness for much of the season, defying the club’s profile going into the season, as well as its age. On Thursday, they looked slow and played slow, letting the Predators cut off open ice and falling back into their own zone again and again. Their defensive-zone structure crumbled.

Cal Clutterbuck got one back with a deflection off Pelech’s shot at 15:41 of the second, giving the Islanders a two-goal deficit and a fighter’s chance going into the third. And in the final period, Kyle Palmieri would pull the Islanders within a goal, scoring from the low slot just 4:32 into the period.

But this comeback effort was too little, too late. 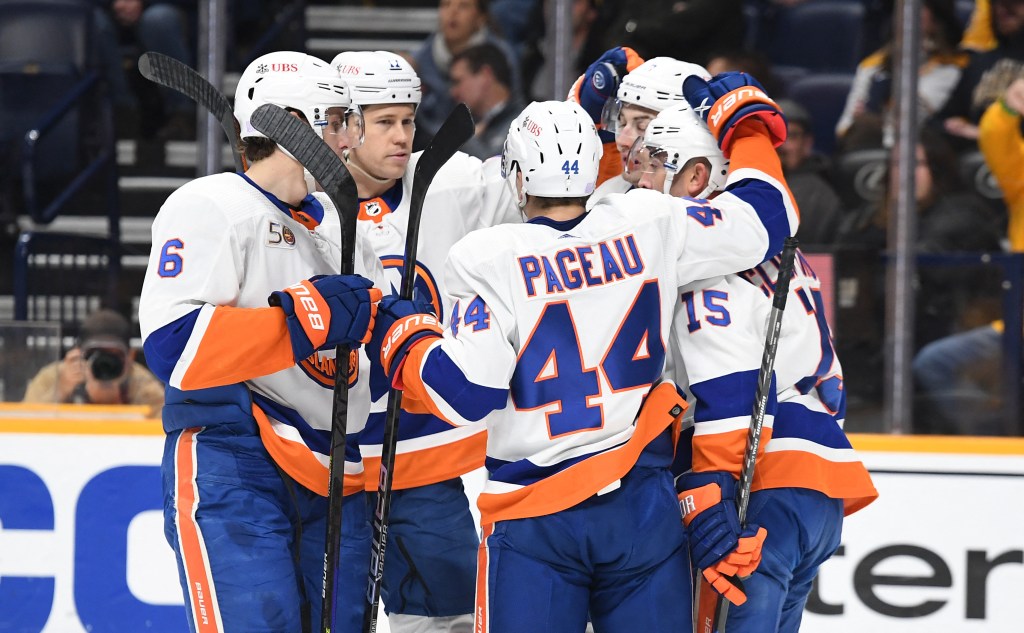 Parssinen put a dagger into the Islanders’ hopes with a deflection on Mikael Granlund’s shot just six seconds into a Nashville power play at 9:52 of the third to make it 5-3 and pull a game that had been trending in the Isles’ direction back into the Predators’ grasp. This time, for good, as Jean-Gabriel Pageau’s power-play goal with 4:21 to go could only pull the Islanders back within a goal.

It was no secret to the Islanders that they could not score comeback victories in perpetuity — at some point, a bad first period was going to overcome a good third period. This, though, was as stark a reminder as could be of the need to play for 60 minutes.

The Predators, who reached NHL-.500 with the win, are not the sort of team that should be tilting the ice against the Islanders for such a large portion of the night. This is not the worst the Isles have played this season — far from it — but it is a loss that will leave a bad taste, especially if they can’t come out with a bit more oomph on Saturday against the Stars. Time is now for Zach Wilson to beat Bill...