If Aatu Räty hasn’t found a good way to deal with jet lag, the next month would be a good time to look for one.

Räty called Monday afternoon from a hotel in Edmonton, where he was with Team Finland for the revamped World Junior Championships. He played his first game, against Latvia, on Tuesday evening and scored a goal with three assists in a 6-1 victory.

He traveled to Edmonton from Finland and will go home again before making a more permanent trip ahead of the Islanders’ training camp in September.

“It would be really hard,” he says, “to pack my whole life to Edmonton first and then to New York.”

This is not a process that seems easy any way you slice it.

Räty already made the trip to Bridgeport for the end of the AHL season, staying in a hotel for four weeks as he got his first taste of hockey in North America, but that was always meant to be a temporary stay. The upcoming season will be his first full campaign in North America after he scored nearly a point per game for Jukurit in the Finnish Liiga (40 in 41 games), then came to Bridgeport and put up four points in six AHL playoff games.

“His offensive skills are really good,” Finland coach Antti Pennanen told The Post. “He can make some plays. He’s good on the power play and in that way, he’s going to lead our team.” 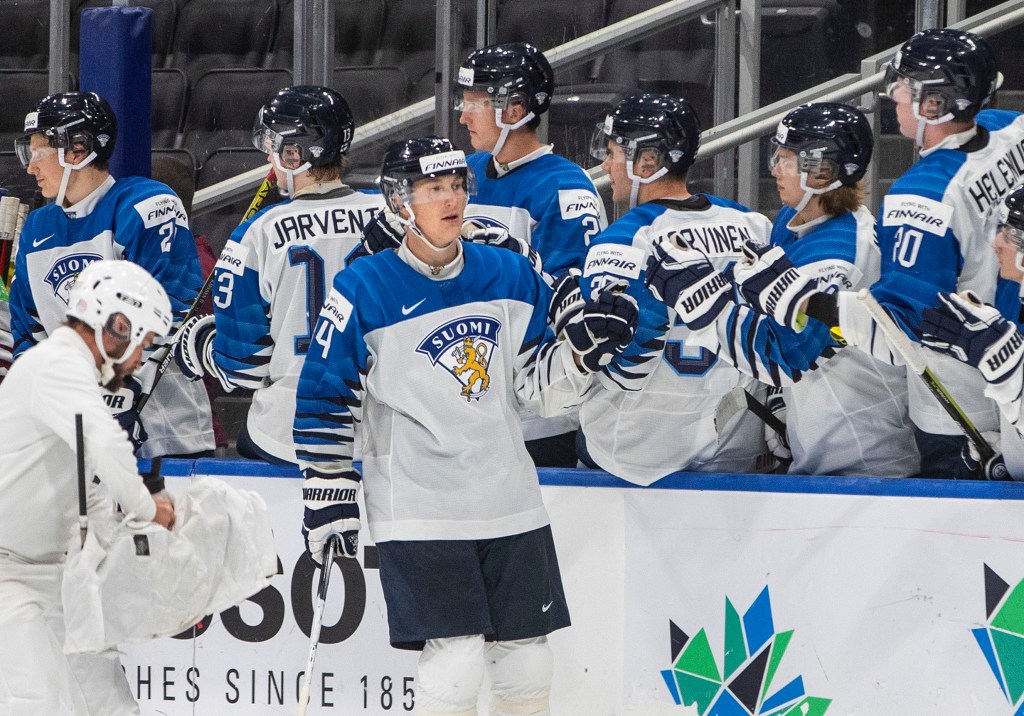 Islanders prospect Aatu Raty celebrates with teammates after scoring a goal for Finland in their 6-1 victory over Latvia during the third period of the World Junior Championships.AP

Räty, who has vaulted himself into being the top prospect in the Islanders’ system at the age of 19, is soft-spoken and polite. He speaks perfect English and watches what he says. Asked about the Islanders’ message during exit meetings, he delivered an answer that would make Lou Lamoriello proud: “Is that something that they will let me talk about, you think?”

That is not to say he lacked insight.

The Islanders’ second round pick in 2021 spent the summer working on his skating, currently his biggest limitation, and his lower body strength. Though the possibility of playing the wing has been brought up by some, Räty was clear: He has played nearly every game of his career at center, and though he wouldn’t mind switching, he sees himself playing up the middle.

Despite getting a taste of North America a few months ago, he is still in the process of adjusting. 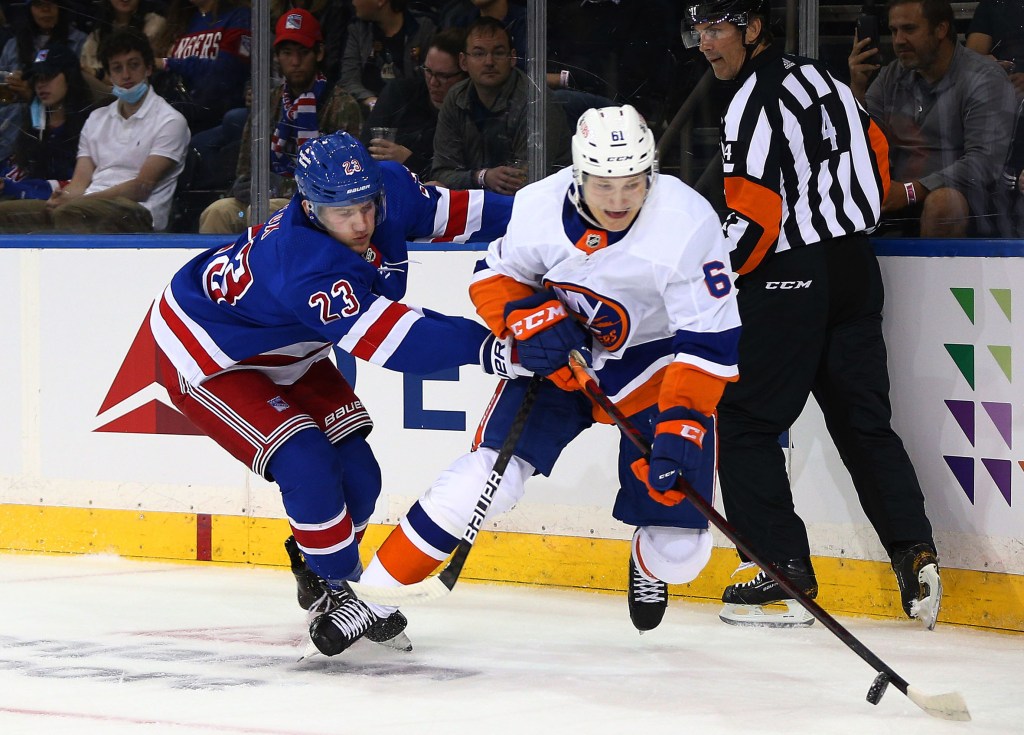 “In the AHL, I feel like they have age requirements, so it’s a lot more younger guys who are in better shape,” Räty said. “They’re faster, stronger. I feel like the Finnish league is maybe a tad more tactical. Or maybe even, it’s slower.”

Räty played both special teams in Finland last season and has versatility on the power play. He said he can play four of five positions on the man advantage, all except the “quarterback” role at the blue line. His offensive skill, particularly on the power play, will be an asset.

Though Räty was clear that he has never been hotheaded, he did need to learn to keep his anger in check once he turned pro at 16, while playing for Kärpät. He learned quickly then not to draw attention in a dressing room full of more experienced players — the kind of lesson likely to serve him well when he walks into Northwell Health Ice Center for camp.

Räty offered no grand declarations about making the team, only saying that he wants to show his best during camp. Asked whether Räty is ready to challenge for a spot on the roster this season, Pennanen let out a long exhale.

“I hope so,” he said. “I hope so. But maybe one year in the second level is going to be good for him.”

As for Räty, he gave another answer Lamoriello would be happy to hear.

“Obviously everybody wants to play in the show, but I feel like I can do my part and they’ll tell me where to play,” he said. “I have my complete trust that they’ll put me in a situation that is good for me.”

islanders sights after world juniors
Read The Rest at
nypost.com LIV Golf: PGA Tour got Tiger Woods to ‘do its...