EXCLUSIVE: Deadline has the first trailer and teaser scene from Patrick Longstreth’s documentary Iron Family, which is set to make its world premiere at the 2022 Slamdance Film Festival.

The Unstoppable Feature Documentary follows Jazmine Faries, a 32-year-old young woman with Down syndrome who is obsessed with soap operas, Barbie dolls and Matthew McConaughey. For the past five summers, her family has performed her original stage plays for a small audience in their town of Iron River in Michigan’s Upper Peninsula. In this sixth season, we follow the creative process of writing, rehearsing, and performing the play. Family bonds between her brother, Chad, and her mother, Kate, are strengthened and put to the test by the mishaps and chaos of coordinating a production with limited resources. Along the way we see Jazmine’s personal struggle for independence, her yearning for a romantic partner, and how a single spark of creativity can spread joy throughout a community.

MoJo Global Arts is handling sales for the film produced by Patrick Longstreth, Anne Longstreth and Chad Faries. Check out the trailer and teaser for Iron Family below. 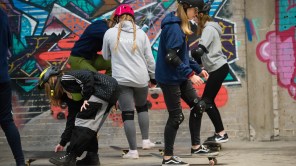 Based on the true story of an underground open mic comedy show and its comedians, MICerz follows Arnold (Austin Torelli), who has lived his entire life by not living it at all…until he moves to Los Angeles from Ohio with his girlfriend Mary (Carla Lomelin) to pursue a career in comedy. After the move, Arnold is mooching, drinking, and self-destructing…while never stepping foot onstage of a comedy club. After Arnold gets a DUI, Mary bails him out and breaks up with him. Arnold has to live out of his van until it breaks down, leaving him stranded in the parking lot of The Bomb Shelter – an underground club that is home to L.A.’s most vile and raunchy comics. The owner Dave (Joe Manente), a failed musician and stand-up comic, allows him to live outside of it in exchange for his help in fixing up the place, and as Arnold navigates where to go from here, he discovers a world of stand-up he never knew existed and an unlikely family he never knew he needed. 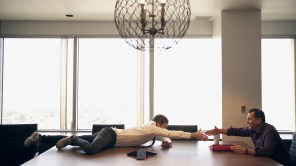 Boarders follows a group of British skateboarders who vie to represent their country at the Tokyo Games, as skateboarding there makes its debut as a competition sport. It employs archival footage spanning decades to looks at the various waves of popularity that skateboarding has undergone and introduces a strong look and feel of what skate culture is in the UK. Prominent British skateboarders featuring in the doc produced by Ranin and Jasmin Morrison include Sam Beckett, Jordan Thackeray, Alex Hallford and Alex deCunha.

Freestyle Digital Media negotiated the deal to acquire MICerz with Glen Reynolds of Circus Road Films, negotiating the deal for Boarders with Morrison of Unmannered Limited.

Check out the trailers for both films below.

Comedy Dynamics has acquired Wyatt McDill and Megan Huber’s award-winning comedy, Hollywood Fringe. The Nacelle company founded by Brian Volk-Weiss plans to release it on digital and VOD on January 25. 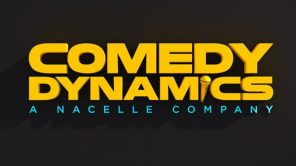 The film centers on Samantha (Jennifer Prediger) and Travis Sunstrom (Justin Kirk), two married, down-on-their-luck actors who decide to put on a site-specific play about their unsuccessful lives in Hollywood. Nishi Munshi and Tory Devon Smith round out its cast. Huber produced, with Suzanne Fenton exec producing.

Anna Roberts negotiated the deal to acquire Hollywood Fringe on behalf of The Nacelle Company with Glen Reynolds on behalf of Circus Road Films.

The film’s trailer can be found below.

Oscilloscope has acquired North American rights to Danny Cohen’s documentary Anonymous Club about Australian indie rock musician Courtney Barnett (Sometimes I Sit and Think, and Sometimes I Just Sit), with plans to release it in theaters this year. 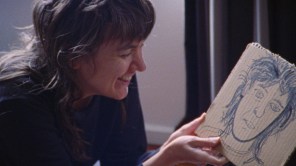 Shot on vivid 16mm film over a three-year period, Anonymous Club chronicles the notoriously shy, Melbourne-based Grammy nominee’s ups and downs on the world tour for her album Tell Me How You Really Feel. It delivers frank and unprecedented insight into her creative process, the sacrifices and inner conflicts set in motion by fame, and the sometimes-dark backdrop to her whimsical compositions.

Take a look at the trailer below.

Kino Lorber has acquired North American rights to Jean-Christophe Klotz’s 2021 film The Lost Film of Nuremberg and a new 4K restoration of Steve Brand’s 1984 pic, Kaddish. Both docs are set to screen this month at the 2022 New York Jewish Film Festival, and will be released in theaters, on digital and on VOD later this year. 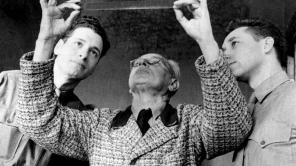 The Lost Film of Nuremberg retraces the hunt for film evidence used to convict the Nazis at the Nuremberg Trial. The searchers were two sons of Hollywood—Budd & Stuart Schulberg—serving under the command of OSS film chief John Ford. The motion pictures they presented in the courtroom became part of the official record and shape our understanding of the Holocaust to this day.

The doc produced by Sandra Schulberg—who is the niece of Budd and the daughter of Stuart—was inspired by her decade-long research into the making and suppression of her father’s film Nuremberg: Its Lesson for Today. 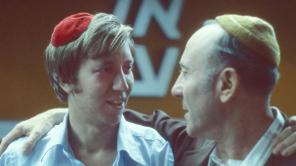 Kaddish explores the psychological, emotional and political ramifications of history, as revealed in the lives of one Brooklyn family. The film centers on the loving yet emotionally charged relationship between journalist-activist Yossi Klein and his Hungarian-born father, Zoltan, who survived the Nazi Holocaust by hiding in a hole in the ground for six months, during which time his parents were murdered at Auschwitz. Yossi must decide how to incorporate the lessons learned from his father’s experience of persecution into his own life in America; whether his father’s worldview should be a model for his own.

Kaddish was one of two American films to be selected for the 1984 edition of the New Directors/New Films series, presented by the Museum of Modern Art and the Film Society of Lincoln Center. The film supported by grants from the National Endowment for the Humanities went on to widespread distribution and critical acclaim, winning a Special Jury Prize for Documentary at the Sundance Film Festival.

IndieCollect’s 4K restoration of Kaddish was made possible through the support of the Memorial Foundation for Jewish Culture and the Sundance Institute, with additional funding from IndieCollect’s Donors Circle.

The Full Frame Documentary Film Festival, a program of the Center for Documentary Studies at Duke University, has been awarded a $20,000 grant from the National Endowment for the Arts. The funds will go toward compensation for participating artists and programming committee members, and screening fees, along with efforts to make the festival more accessible to all attendees. 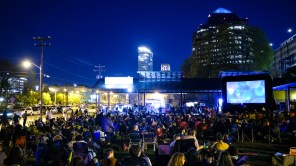 The Full Frame Documentary Film Festival is an Academy Award–qualifying event, the 25th edition of which is set to take place online from April 7-10. It is one of 1,248 projects selected to receive the National Endowment for the Arts funding in the category of Grants for Arts Projects, in its first round of the fiscal year 2022, the combined amount given out being $28,840,000.

Passes to this year’s festival go on sale March 8. More information on how to attend can be found here.

This week marked the launch of the Color Congress, a national collective of organizations led and staffed by people of color that is committed to centering and strengthening nonfiction storytelling by, for, and about people of color across the U.S. and beyond.

Co-directors Sahar Driver and Sonya Childress founded and are heading up the collective. It aims to build a stronger documentary ecosystem by supporting leaders of color to sustain themselves and strengthen their organizations; funding organizations led by people of color to ensure they continue to serve filmmakers, leaders and audiences of color, and cultivate more storytelling about communities of color; and connecting organizations led by people of color across identity and geography to build greater power, and to advance new solutions to shared challenges.

Later this month, the collective will invite POC-led and serving documentary organizations to apply for unrestricted two-year funding from a pool of $1.35 million dollars. It will also host two virtual events at the 2022 Sundance Film Festival that will be free to the public— Shifting Power from Within: The New Gate Openers, on Friday, January 21, 2022 at 10am PST and Introducing Color Congress, Co-hosted by Firelight Media and Center for Cultural Power, on Wednesday, January 26, 2022 at 11am PST.

Later in the year, POC-led and serving doc orgs will be invited to join the Congress and direct more than $1 million toward addressing field challenges. The vision for the new organization was informed by research unearthed in Beyond Inclusion: The Critical Role of People of Color in the U.S. Documentary Ecosystem, a report which surveyed nearly 200 nonfiction film organizations led by or serving people of color to understand their unique contributions, needs, challenges and potential.

For more information about Color Congress and its unrestricted two-year grants for organizations, click here.