Welcome to Deadline’s International Disruptors, a feature where we’ll shine a spotlight on key executives and companies outside of the U.S. who are shaking up the offshore marketplace. This week, we’re speaking with Korean super-agent Soyoung Lee, who represents some of the nation’s biggest stars and talked to us about her experiences of the Korean content boom.

Few have been better placed to both witness and be part of the Korean content explosion than Soyoung Lee, super-agent and founder of one of the nation’s largest talent agencies, Saram Entertainment.

When she opened what was then called Jaewon Promotion Co almost exactly two decades ago – mainly specializing in marketing major brands such as McDonald’s – Soyoung could never have foreseen that by 2022 she would be representing some of the biggest and most in-demand stars not just in Korea but the world.

“We started completely by chance,” she tells Deadline, speaking on Zoom via a translator in late July. “I met actor Cho Jin-woong (Deep Rooted Tree) and he asked me how management companies could also provide marketing to develop his brand. I said I’d help and that was really the start of my entertainment business.”

Fast-forward two decades from her chance meeting with Cho and Soyoung’s talent roster is enough to leave rivals green with envy.

Her team now represent the likes of Squid Game breakout Hoyeon, who wowed the world with her performance as North Korean defector and general badass Kang Sae-byok and is now starring in Apple TV+’s Disclaimer, Minha Kim, who plays teen Sunja in the same streamer’s critically-acclaimed Pachinko, and Yeri Han, Monica from Academy Award-nominated tearjerker Minari. 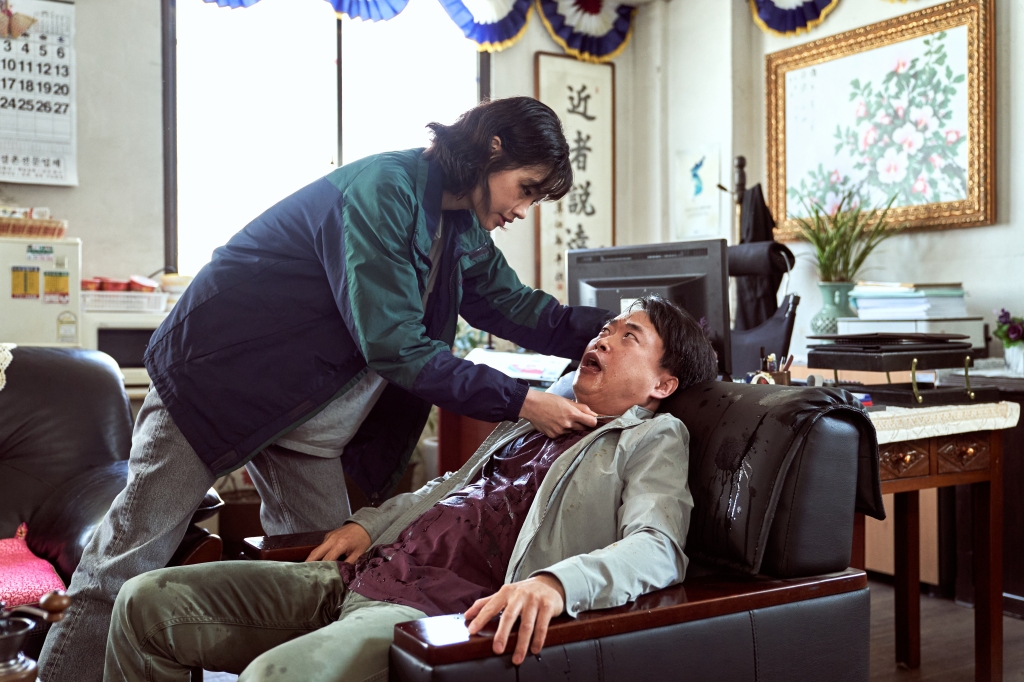 And those three don’t tell half the story. A number of other Squid Game stars have been on Saram’s books for years and the agency is seen as very much blooding the next generation of acting talent from the nation that forged Netflix’s most popular show of all time.

Soyoung therefore had a front row seat as she witnessed the colossal impact first of Bong Joon-ho’s Academy Award-winner Parasite and subsequently Squid Game, which stole the global zeitgeist as views racked up in their hundreds of millions when the world was stuck indoors due to COVID.

The global non-English language boom has been driven at least in part by COVID, Soyoung thinks, although she also credits Lee Isaac Chung’s Minari for getting the ball rolling.

“I saw Minari going to Sundance as the start but COVID increased the users of OTT platforms massively and suddenly people were open to worldwide content,” she explains. “So we were given lots of opportunities to create more content. Those Korean dramas were loved by audiences and I’m so happy with the results.”

Soyoung believes she identified Squid Game‘s transformative power early on, recognizing that it was going to break through like nothing before due to the likability of its characters and universal themes of money and power.

“It was new, exciting and presented charming and unique actors to a world audience,” she says. 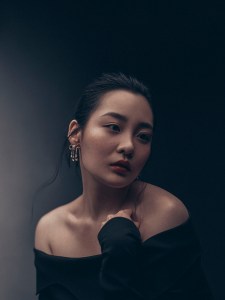 Soyoung speaks to Deadline just a week after Hwang Dong-hyuk’s breakout became the first non-English language show to be nominated for a mainstream Emmy, but one show that narrowly missed out was Apple TV+’s Pachinko, a disappointment for Soyoung, who calls the show “brilliant and personal.” Soo Hugh’s devastating drama based on Min Jin Lee’s New York Times bestselling novel follows Kim Sunja, the young version of whom is played by Saram client Minha Kim, a sweeping saga chronicling the hopes and dreams of a Korean immigrant family across four generations as they leave their homeland to survive and thrive.

Next up from Korea, Soyoung has her eye on Carter, an action thriller that launched late last week about an amnesiac agent thrown into the middle of a mysterious mission, which stars Saram client Jeong So-ri.

Squid Game‘s success created a stampede as the biggest U.S. agents battled it out for representation of the show’s stars, including Saram’s Hoyeon, who signed with CAA alongside Director Hwang and lead Lee Jung-Jae, while Hae-soo Park, who played Sang-Woo, signed for CAA rival UTA two weeks ago.

Was Soyoung ever concerned that the might of the U.S. agencies would damage her relationship with her biggest clients?

She rejects this notion, positing that having representation from agencies in two continents boosts her clients’ chances of getting work. None have left her since signing in the U.S, while the likes of Hoyeon have secured major roles in Disclaimer and A24’s The Governess.

“The point is that we are managing the actors together,” she says. “If we communicate closely with the U.S. then we can think about scheduling, discuss a project and give them the best chance of landing a show.”

And Korean TV and film has exploded to such an extent that Soyoung now believes she can help U.S. actors land work on Korean projects in much the same way as the likes of CAA and UTA can help her stars break into Hollywood.

Furthermore, Soyoung is no stranger to working with U.S. agents and that work pre-dates Squid Game.

At 2019’s Busan Film Festival, she unveiled a JV with Artist International Group CEO David Unger to rep a diverse set of clients across their Seoul and LA offices, with the goal of producing and packaging film, TV and local language content.

That JV was somewhat stymied by COVID, according to Soyoung, but she says the pair are “helping each other develop beneficial contacts in our respective regions and facilitating meetings as opportunities present themselves.”

“We are pleased with where we are now and the relationship is ongoing,” she adds.

The job of combining with the U.S. has been made easier by the different ways in which agenting is conducted in the two nations.

In Korea, firms like Saram act as agent, manager and publicist, while in the U.S. a major piece of talent would likely have at least three different reps responsible for each of these areas.

Soyoung therefore can’t afford to have too many clients and instead focuses intensely on cultivating her base, often acting as an incubator for less established talent and drawing immense levels of loyalty once these stars have hit the big time.

“The Korean management system is just so different,” say Soyoung. “We are taking care of our stars’ careers. As a result, I am developing the stars, looking after their development and making them famous.”

She is, as any agent would of course proclaim, laser-focused on landing the best deals for her clients, and the loyal Korean approach lends this proclamation additional authenticity.

Our discussion therefore turns to the controversial deals struck with Squid Game talent before they broke out.

Considering that the show has had its impact valued at $1B and yet cost a fraction of this amount, director Hwang recently told Deadline he “absolutely no matter what” would have struck an IP-sharing deal with Netflix if he had his time again.

The creator and main stars’ lack of bonus or IP following Squid Game‘s mega success has been the subject of much debate and, while declining to address the controversy directly, Soyoung says she always negotiates fees that take into account the artist’s contribution and, crucially, the project’s budget on a case-by-case basis.

“We can suggest extra incentives if a project is successful and the production and platform can offer incentives even if they were not discussed while in contract,” she explains.

So what next for Soyoung and her Saram superstars?

The outfit flirted briefly with film production several years ago and, over the next five, Soyoung hints that she may return to that game.

She also wants to continue promoting her stars globally, riding the worldwide content boom’s wave beyond Korean shores and not letting go.

It’s a tall order but this super-agent, who has had such a front row seat as Korean shows have hit the big time, is up to the challenge.