Welcome to Deadline’s International Disruptors, a feature where we’ll shine a spotlight on key executives and companies outside of the U.S. shaking up the offshore marketplace. This week we speak to Dani de la Torre, co-creator and showrunner of Movistar+’s counter-terrorism thriller drama series La Unidad (The Unit) and director of the recently released feature Live is Life, about local developments, Spain’s emergence as a key European drama hub and his love of nostalgic 1980s movie making.

Dani de la Torre represents one of a growing number of creative talents emerging from across Spain that are making the world sit up and take notice of the stories pouring out of the country. The country was once not considered as a major player in the European production stakes, but a series of rebates, new studio builds and (crucially) the arrival of minted streaming services — local and global — have pushed Spain into the center of the international scripted boom.

With the government’s five-year, €1.6B ($1.7B) AVS Hub plan now well underway — promoting local talent, attracting further foreign investment and selling Spain as a major production hub for international streamers and producers — the country is on the rise and writer, producer and director de la Torre is at the forefront of the changes.

“It is a historical fact that we’ve always dreamed of having an industry like the U.S., a place where the creative community is able to do what it loves,” de la Torre says. “These days, there is much more work in the sector, and moreover, in surprising and ambitious projects. We feel we can now produce work that can compete perfectly with U.S. and Latin American fiction and this makes us more ambitious and gives the impetus to build the future for a new generation of creators. They will probably go on to do better things than us but we are building the path so they can do it. I hope the current situation keeps going, as it’s something that’s been amazing for Spain.”

The country’s emergence as a global production giant is perhaps best signified by Netflix’s smash La Casa de Papel (Money Heist), but de la Torre’s main contribution to the growing local canon is is La Unidad (The Unit), a police thriller series he created with Beto Marini. The Buendía Estudios-produced show is currently heading into its third season for Spanish-language streaming giant Movistar+. 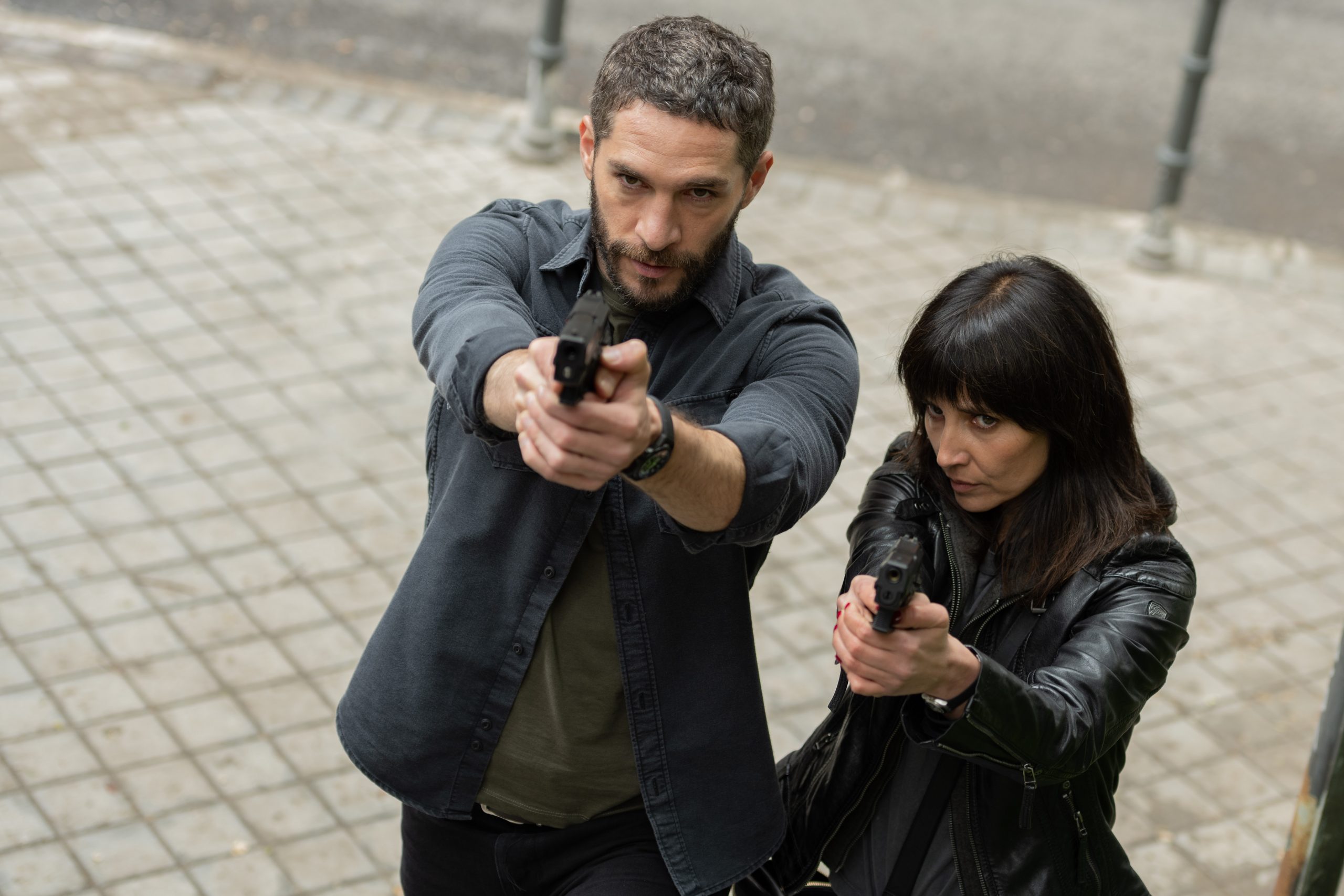 With a budget at the higher-end of Movistar+’s drama series investments, the series follows members of intelligence service the General Commissariat of Information as they track a terrorist organization hellbent on attacking Madrid. Season two launched in March and shooting on a third is set to follow, set in Afghanistan. For de la Torre, a source of pride is that a large chunk of each season’s filming has taken place in his homeland Galicia, in the north of the country. This is despite much of the action being set in multiple locations around the world or the Spanish capital of Madrid.

Movistar+ International, has sold the show to several buyers such as HBO Max and Viaplay and with its global storylines, it’s hardly unsurprising. “I’ve noticed the interest in the show outside of Spain, especially across Europe,” says de la Torre. “La Unidad has a universal theme: terrorism. Unfortunately, it’s suffered all over the world — high school shootings in America, Jihadist attacks and global terror. It’s something common globally and a key ingredient of the show.”

He reveals plans for a spin-off show should the third season perform as successfully as the first two. “Let’s see how shooting goes,” he adds wryly.

The series is very much a reflection of de la Torre’s extensive work in the thriller genre, but also mirrors how Spanish production has gone the way of the U.S. production model in many ways — it is very much the vision of him and writer Marini, who are joint showrunners.

“In Spain, the showrunner is a recently created role,” says de la Torre. “Traditionally, there were producers and scriptwriters but having that unique position — a guardian who preserves the philosophy of the story and makes sure it’s in tact despite any problems that might arise — makes sense for the unique vision for a show. They look after the budget and can make modifications that respect the story if anything changes, keeping the philosophy and ensuring the essence of the project.” 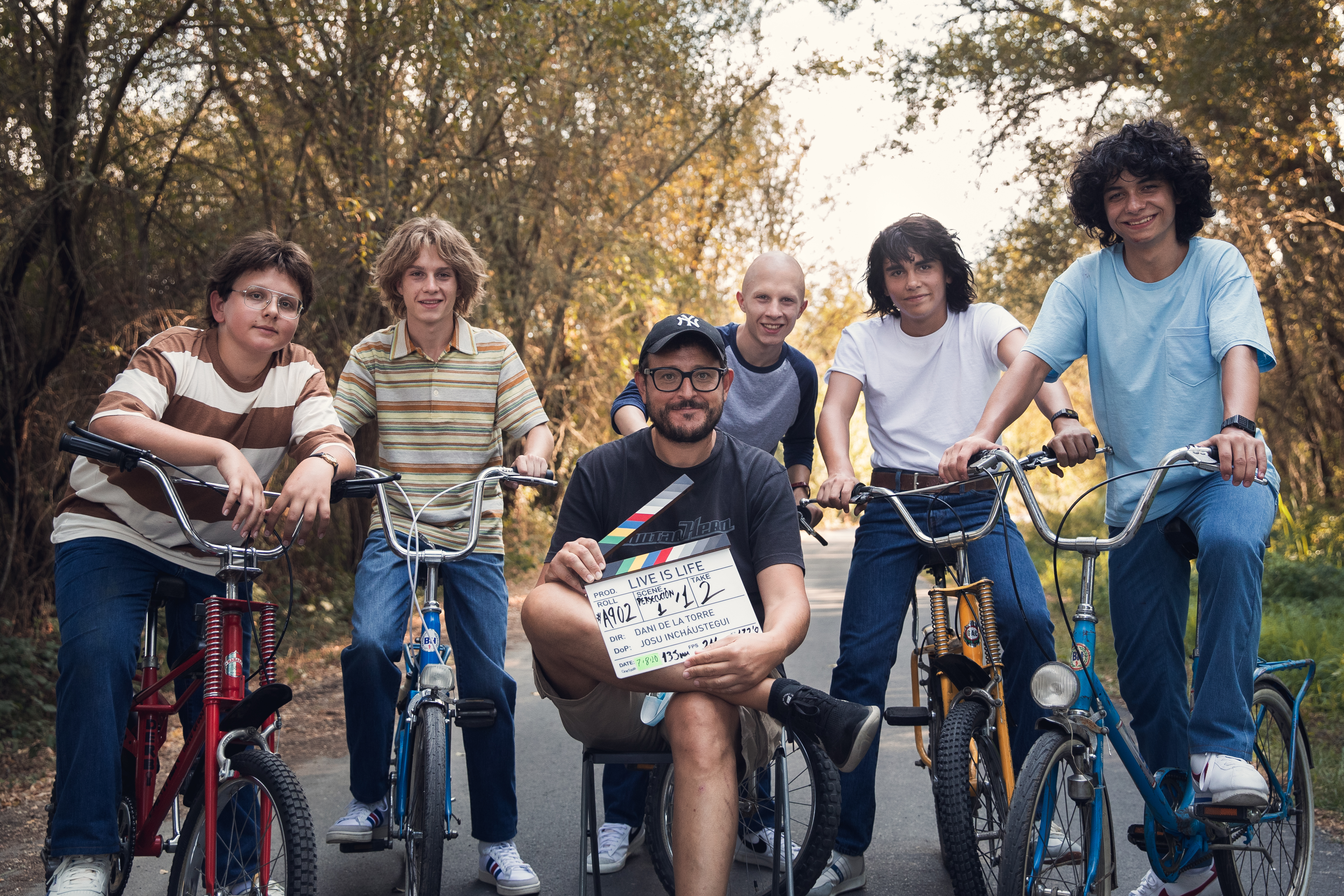 De la Torre began his career as a Spanish producer after study filmmaking, initially working for local broadcaster Television de Galicia and directing short films, promos and commercials. After making the critically acclaimed miniseries Mar Libre, which was selected for the Houston and Chicago film festivals, he directed his first feature in 2015, political thriller Retribution (El Desconodico), which played at the Venice and San Sebastian. La Sombra de la Ley (The Shadow of the Law/Gun City) followed in 2018 before La Unidad was commissioned two years later.

His latest film, a change of pace for the director, is Live is Life, a comedy-drama set in Galicia that debuted on June 3 in Spain, with Warner Bros. Pictures España attached as the local distributor. Albert Espinosa’s script tells the story of five young friends in 1985 who meet in a town in Galicia during La Noche de San Juan (Saint John’s Eve) on June 23 that changes their lives forever. 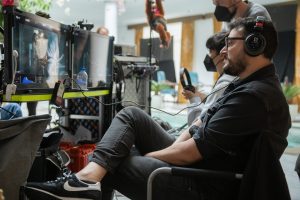 De la Torre says it channels the nostalgia of those fun, family-friendly U.S. movies in the 1980s — something he feels is missing from modern cinema. “I miss those the 80s adventure movies like Stand By Me and The Goonies,” he says.

“That kind of cinema has been lost, and only really exists these days in Stranger Things and It. They’re movies with great doses of entertainment that make us better people — they encourage us to live, to dream and make the most of opportunities. That middle-ground in cinema is lost — now it’s just indie stories or blockbusters.”

As such, he sees success for the film through a traditional filter. “The best win would be for people go to theaters to watch the film with their families, like they did years ago,” he says.

He is also hopeful Spain’s drama series and features will become increasingly diverse as fresh talent arises. “It is a slow process to bring through new voices but each year brings about more representation,” he says. “In Spain there has been a huge wave of cinema and TV drama stories made by women, immigrants and other minority groups. These stories are important because their vision of the world is interesting and vital. Society is now more sensible than in the past so maybe we as a society could speed up that process. We have to be open to those different visions of the world — as a society and a creative community it is essential we achieve this.”

Back on the TV front, de la Torre’s focus after La Unidad season three is developing a drama series for Movistar+ about organized crime in southern Spain, focused on the mafia in Marbella. Also on the slate is a thriller project with a female lead for Atresmedia Studios. Details on both projects are scarce and aren’t thought to be at greenlight stage.

Beyond that he plans to experiment in more genres, providing the response to Live is Life encourages him in that direction. “As an industry we have to take the risk to produce different and innovative projects, try to reach big budget films and seduce audiences with them. In the end, we should explore all kinds of genres to seduce audiences. Taking risk is the right way to evolve.”

This week’s edition of International Disruptors is presented by Guillotine Vodka.