Inside the schools started by LeBron James, Dr. Dre, Pitbull and more Kanye West’s recent controversial behavior and statements hasn’t just affected his business deals. It also put the students at Donda, the school he founded, in a weird limbo when they were temporarily told the academy would be shuttering for the remainder of the school year in light of West’s woes. (Hours later, that move was rejected.) But he’s not the only celebrity whose reputation could jeopardize hundreds of kids. Here’s a look at some other schools fueled by star power. 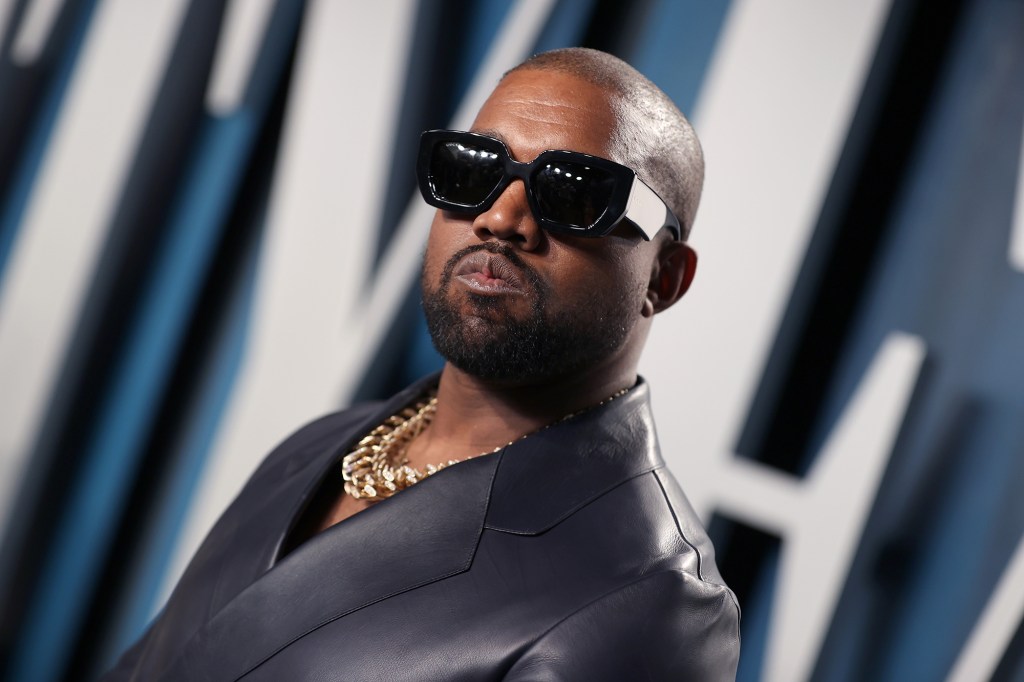 Principal goal: Named after the rapper’s late mother, who was an English professor at Chicago State University, Donda, which opened in 2022, is non-accredited and reportedly offers classes in parkour, film and Christianity as well as a core curriculum. Ye has called it a “gospel school” that puts faith front and center — and choir students take part in West’s Sunday Service performances. The rapper is said to have recruited elite basketball stars from around the country — including Robert Dillingham and AJ Johnson — to the school’s team, the Donda Doves, to be trained by onetime NBA champ and Miami Heat superstar Dorell Wright. Team uniforms were reportedly designed by Balenciaga, while day-to-day uniforms were from West’s line with Gap — although both brands have now cut ties with West. 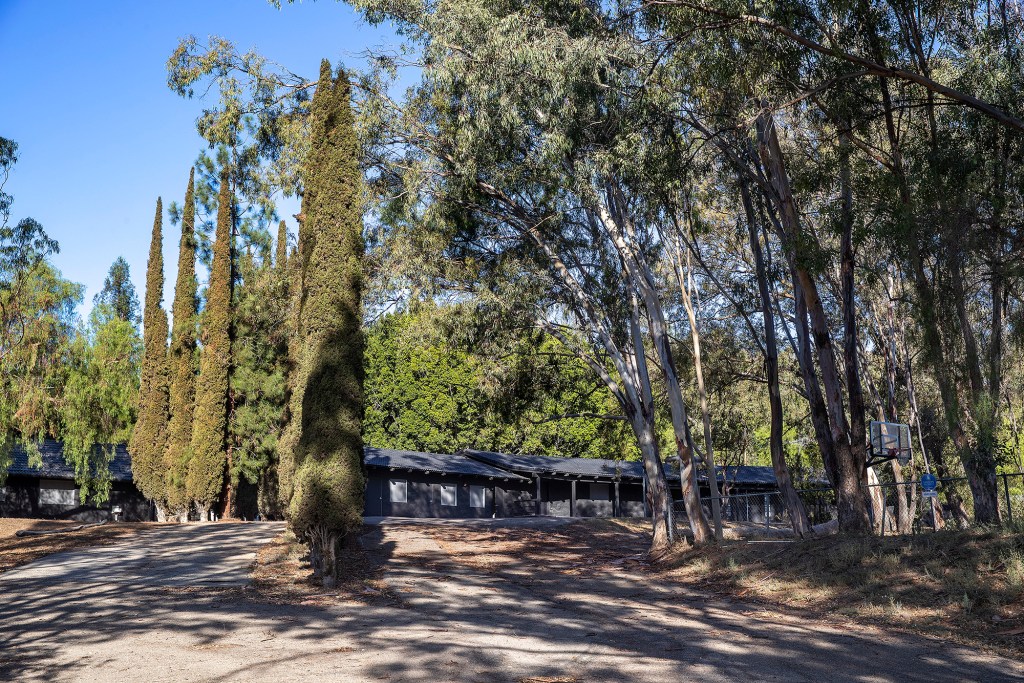 Student body: Donda was intended to be such a celeb magnet that parents allegedly had to sign NDAs before they could even pay $15,000 per year for their kids to attend – though that didn’t stop singer Keyshia Cole from posting a snap of her son in that snazzy uniform.

Report card: Last month, after West went on an anti-Semitic social media rant that cost him business deals with Gap, Adidas, Balenciaga, Def Jam, Chase and CAA, among others, parents were informed the academy would be closing for the rest of the school year … only to be told that plan was nixed and classes would be back in session the next day. The Post reported on educators fleeing for the exits, while Cole tweeted about removing her son from classes. The Doves were un-invited from Scholastic Play-by-Play Classics, one of the country’s top high-school tournaments. 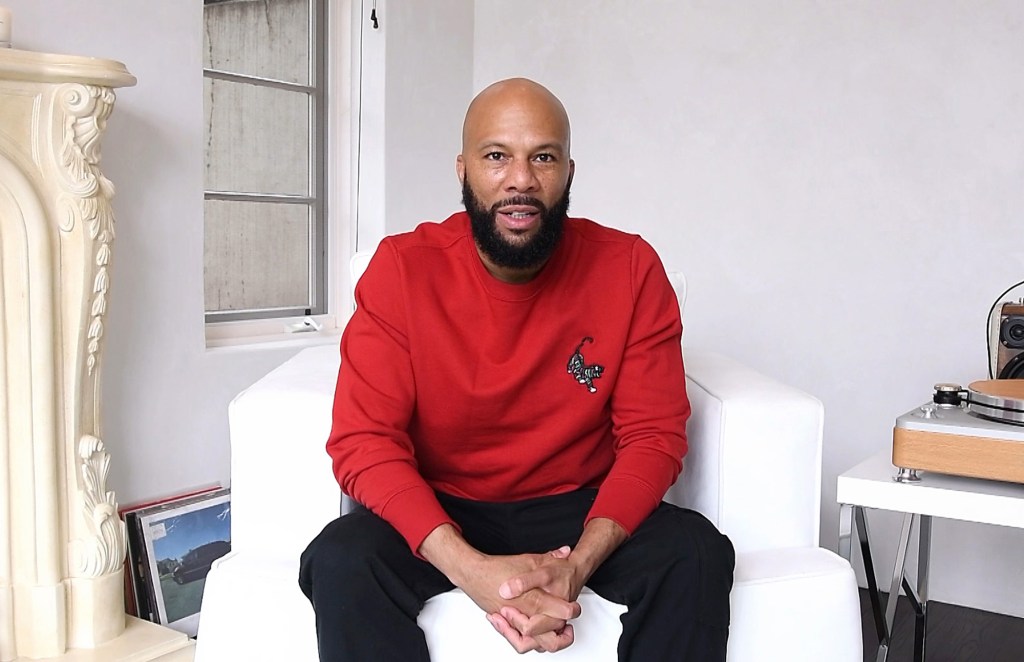 Common’s school in Chicago includes a peace room and a wellness center.Getty Images for BET NETWORKS

Principal goal: The rapper returned to Chicago’s South Side, where he grew up, in 2019 to open this arts-focused charter academy — an extension of the Common Ground Foundation he established more than a decade ago, which focuses on supporting students from underserved communities. The school, which does not charge tuition, reportedly includes a wellness center, a peace room and a music room — which features graffiti honoring Mobb Deep, A Tribe Called Quest, Miles Davis and Chaka Khan. 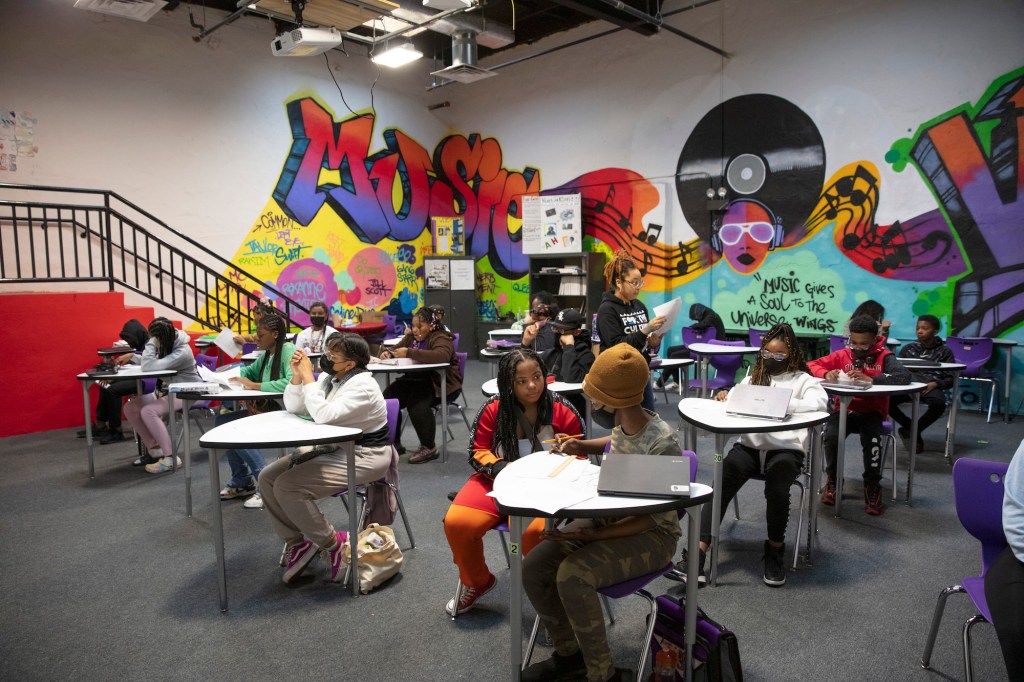 Classrooms are decorated with graffiti and include artistic tributes to Mobb Deep, A Tribe Called Quest, Miles Davis and Chaka Khan.Facebook

Report card: Common’s partner in the project is the locally based New Life Covenant Church; the religious overtones of the operation clash with Illinois law, which bans churches from running taxpayer-funded schools. The rapper’s mother, Mahalia Hines, sat on the city’s board of education until 2019, though she recused herself from the vote over whether to allow Art in Motion to open. 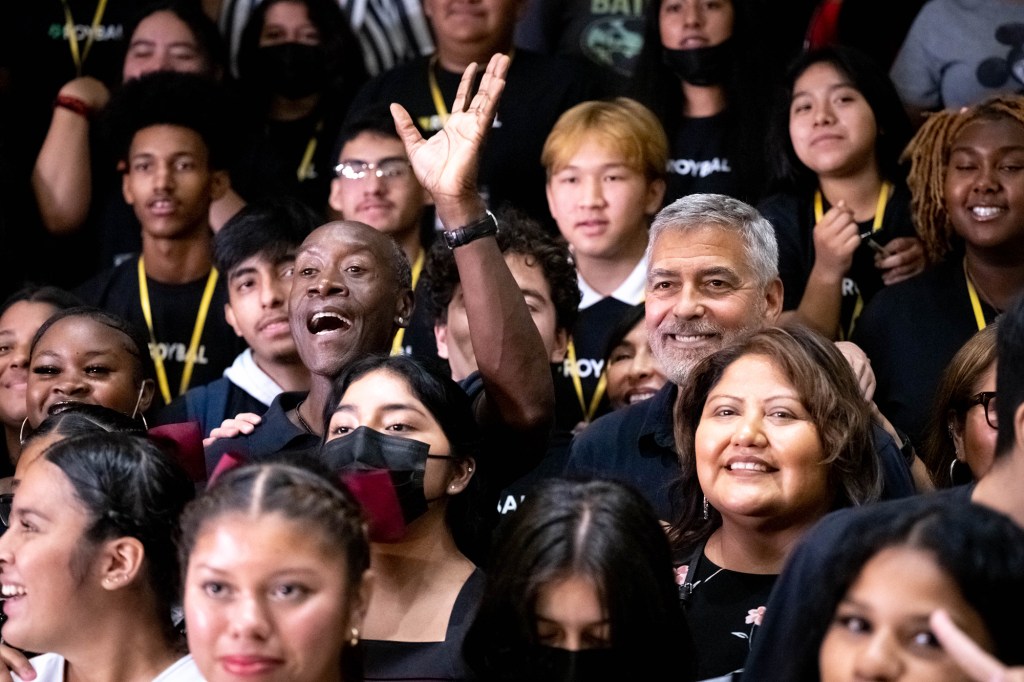 Actors Don Cheadle and George Clooney sit on the board of the new Roybal school, focusing on film and TV careers. MediaNews Group via Getty Images 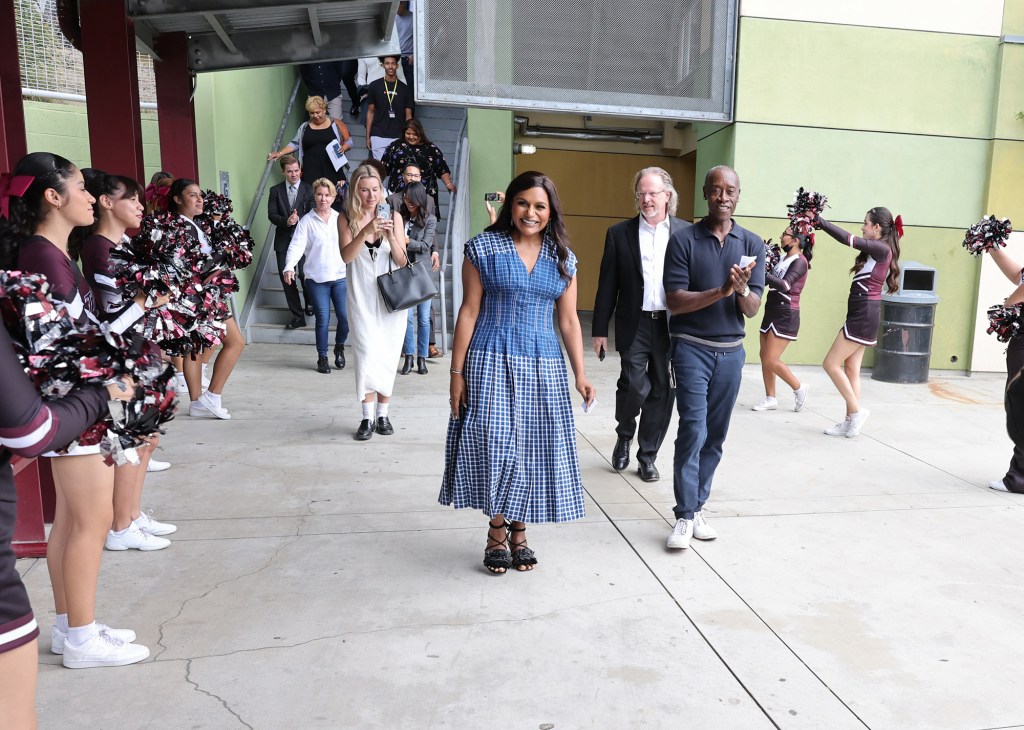 Mindy Kaling (above, with Cheadle) is also on the board of advisors, as are Eva Longoria and Kerry Washington.Getty Images for Entertainment I

Star power: George Clooney, Don Cheadle, Mindy Kaling, Eva Longoria and Kerry Washington sit on the board of advisors, along with a slew of Hollywood execs.

Principal goal: This brand-new magnet school is intended to help diversify Hollywood by recruiting kids for careers in the TV and movie industries. via a curriculum heavy on star wattage – think guest-lectures on the chemistry of makeup or the physics of set design from pals of Clooney and co, all of whom sit on the school’s board. Classroom focus includes “superhero backstories,” which the Hollywood Reporter described as “an assignment that requires they present original designs for a superhero’s costume both on the job and off, taking into account character, time period, story and concept.” 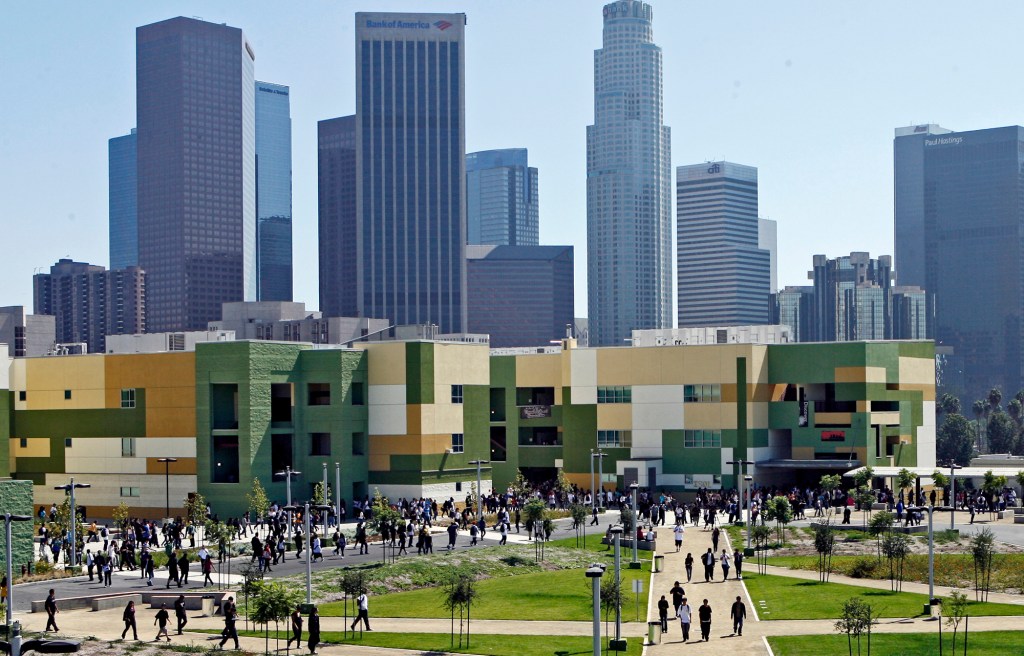 A homework assignment at Roybal could include developing a superhero’s backstory.ASSOCIATED PRESS

Student body: No Bel Air nepo babies among the 150 or so pupils, recruited from nearby underserved communities.

Report card: This first school year is open only to ninth and tenth graders, expanding to juniors and seniors over the next two years. According to the Hollywood Reporter, $4 million in funding came from heavy-hitters including Amazon Studios, Disney, Fox Corp., NBCUniversal/Telemundo Enterprises, Paramount and Warner Bros. Discovery. The History Channel/A&E Networks, Netflix and Sony Pictures Entertainment are also on board.

11 schools in Florida, plus franchises in Hendersonville, Nevada; Tempe, Arizona; and Atlanta, Georgia 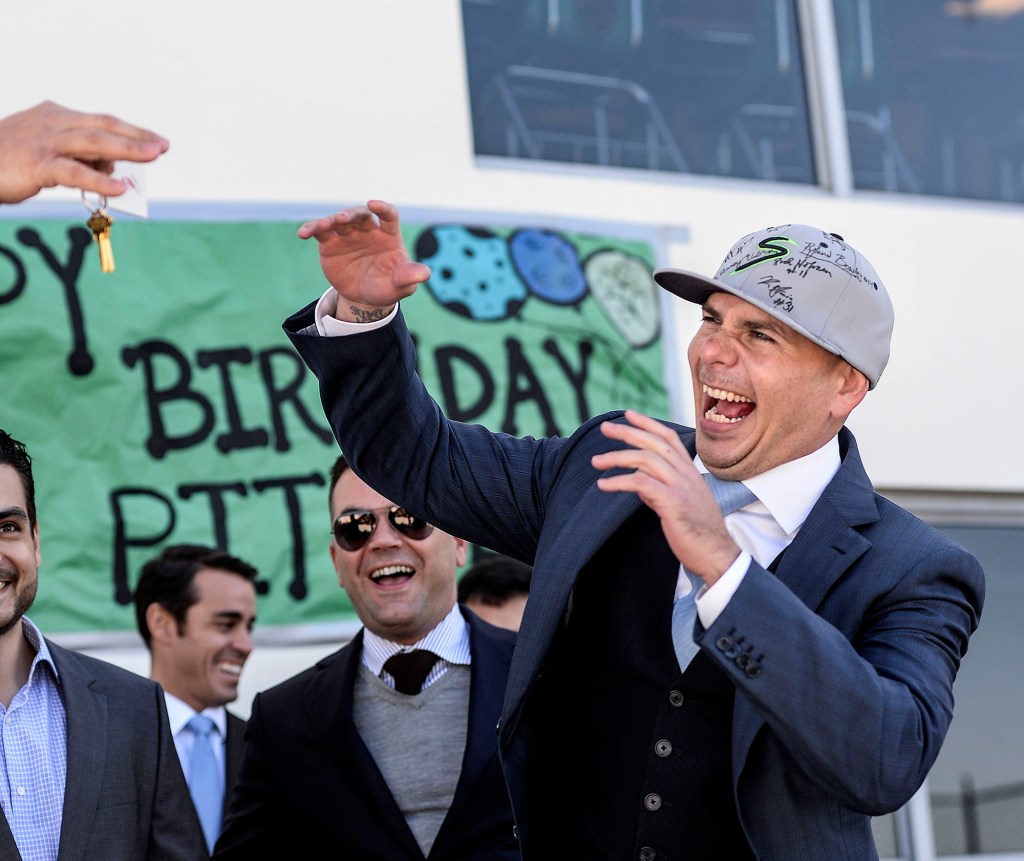 Principal goal: Pitbull opened the first campus in 2012 in the Little Havana neighborhood of Miami, where he grew up, as a tribute to the teacher who told him to follow his dream of freestyling. A decade later, there’s an entire network of tuition-free schools across the country. The curriculum has a STEM focus with “sports-infused lessons.” 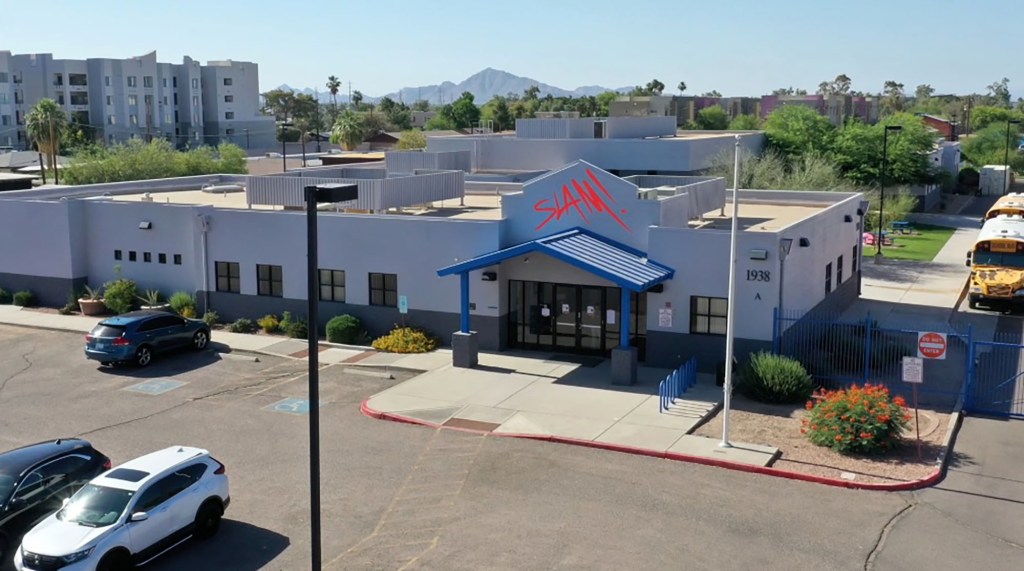 This SLAM academy in Tempe, Arizona, is one of the newest franchises.SLAM! AZ

Student body: Some 5,000 students are in classes across the network — and graduates will be primed for careers in everything from sports medicine to marketing.

Report card: According to the Broward Palm Beach New Times, “the nature of Pitbull’s relationship with the school is nebulous.” The Washington Post, meanwhile, described the rapper’s role as “coming up with different ways to get people involved.” 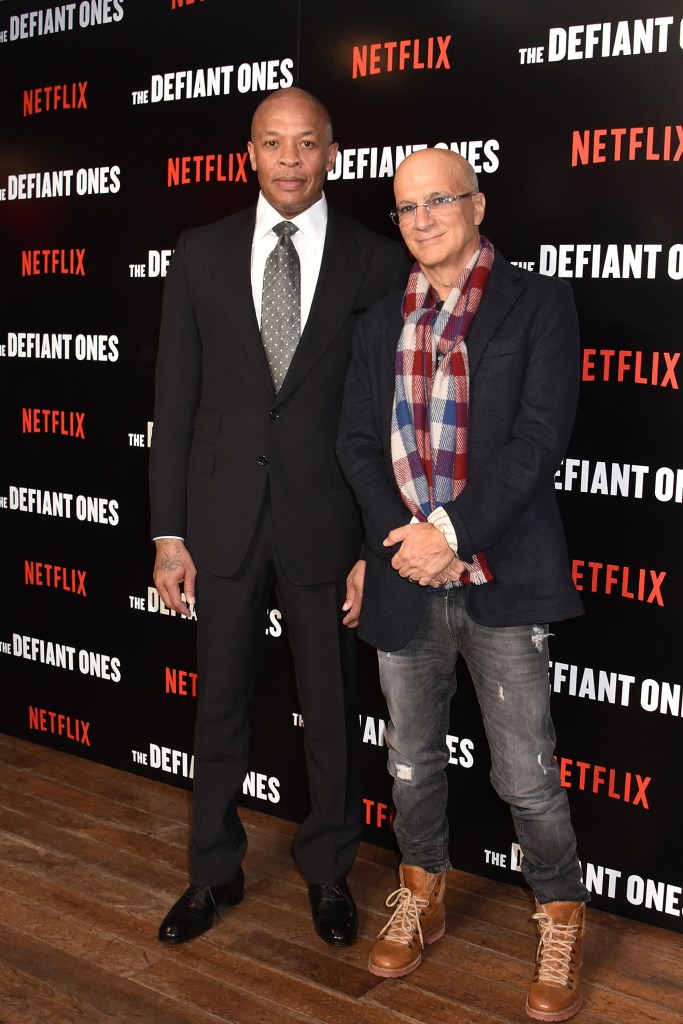 Principal goal: While not exclusively music-focused, this brand-new high school has a mission of preparing students to be entrepreneurs like its famous founders — who, in addition to running the Death Row (Dre) and Interscope (Iovine) record labels, co-founded Beats Electronics. It’s not their first educational effort, either; the two already splashed out $70m on an undergrad-aimed counterpart at USC, and staffers there helped workshop the high-school curriculum. 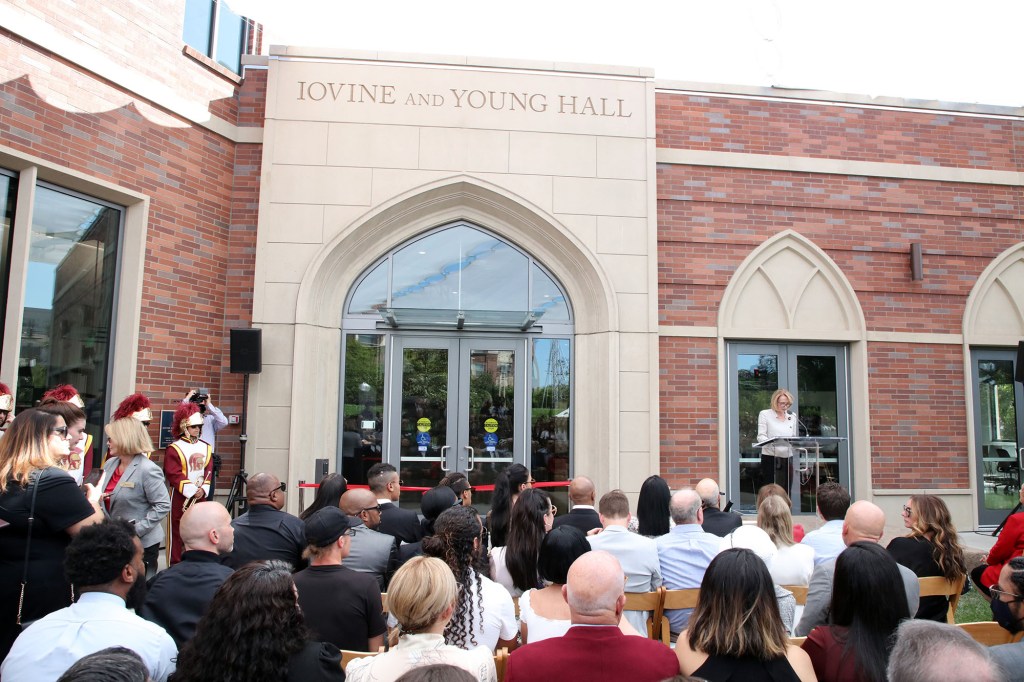 The musical duo’s new high school comes after the creation of an undergrad program at USC (above).Getty Images

Student body: Mostly ninth graders, from across the city, who are bused in by the LA school system. The majority is black.

Report card: Having just launched in fall 2022, Dre has said they’re already planning 10 more schools — at least — across the country. 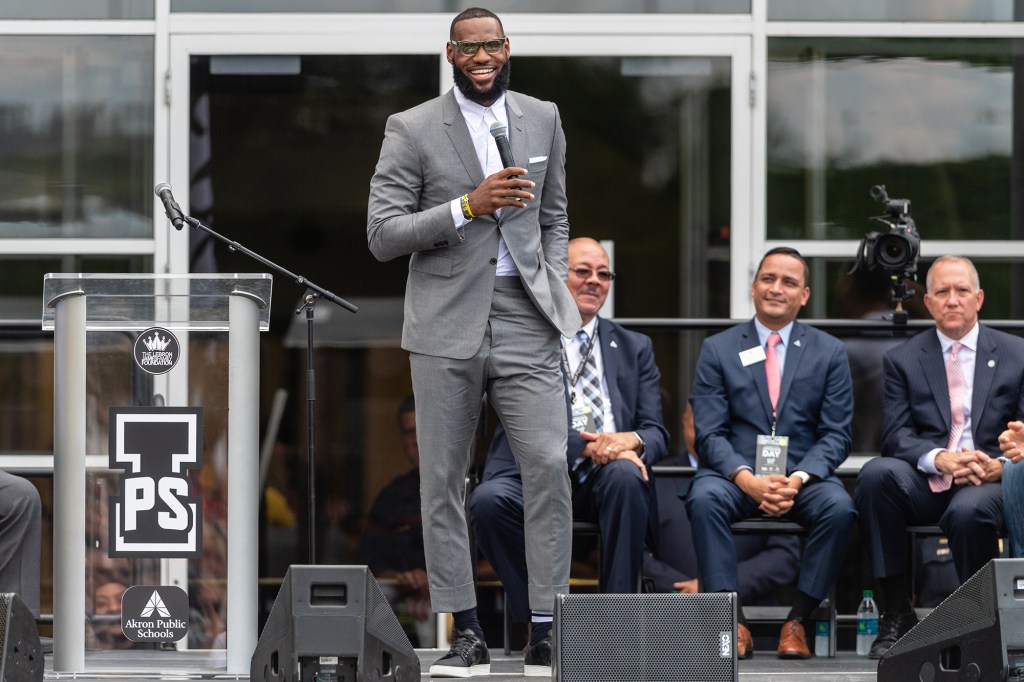 LeBron James wanted to found I Promise to give kids a more stable environment than he had.Getty Images

Principal goal: Because of an unstable home life as his mom moved around in search of a job, James was famously absent for 83 days in fourth grade. I Promise, which is a public STEM school rather than a charter, works to create a holistic family environment — engaging parents as well as students. Clothing and food is available for families to take as needed, and GED courses are offered. There are regular events that require parent participation, according to the school’s website. The school, located in James’ old neighborhood, is decorated with the NBA legend’s sneakers. 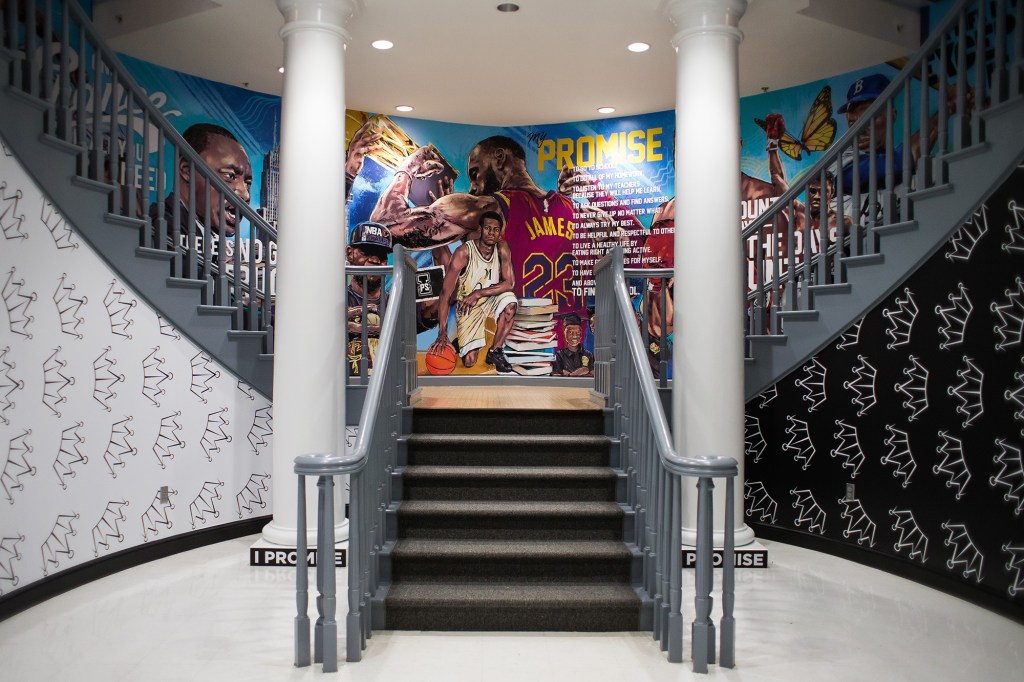 The Akron, Ohio, school is decorated with James’ ephemera and tributes to other important figures.NBAE via Getty Images

Student body: Students — who are selected by lottery — are greeted in the mornings with the sound of Sister Sledge’s “We Are Family.”

Report card: Any graduate with a 3.0 GPA is entitled to free undergrad tuition at the University of Akron.