It was 1984 and Duran Duran bandmates John Taylor and Andy Taylor had come to New York to cut an album. They also cut a lot of cocaine.

The handsome duo was encamped at the ritzy Carlyle Hotel, where they ran up a $450,000 tab, and got bombed on blow and pills.

“We had a man who would come to visit us with a toolbox filled with every pill or substance you could imagine,” Andy wrote in his memoir, “Wild Boy: My Life in Duran Duran.”

John and Andy also disabled the toilets so they couldn’t flush and “left a little surprise for the next guest” when they changed rooms.

“I uncurled one of the suite’s posh toilet rolls, drew a giant pair of breasts on it and scrawled a rude message before carefully rolling it up again, aware that the next guest to read it would probably be a head of state,” Andy wrote. 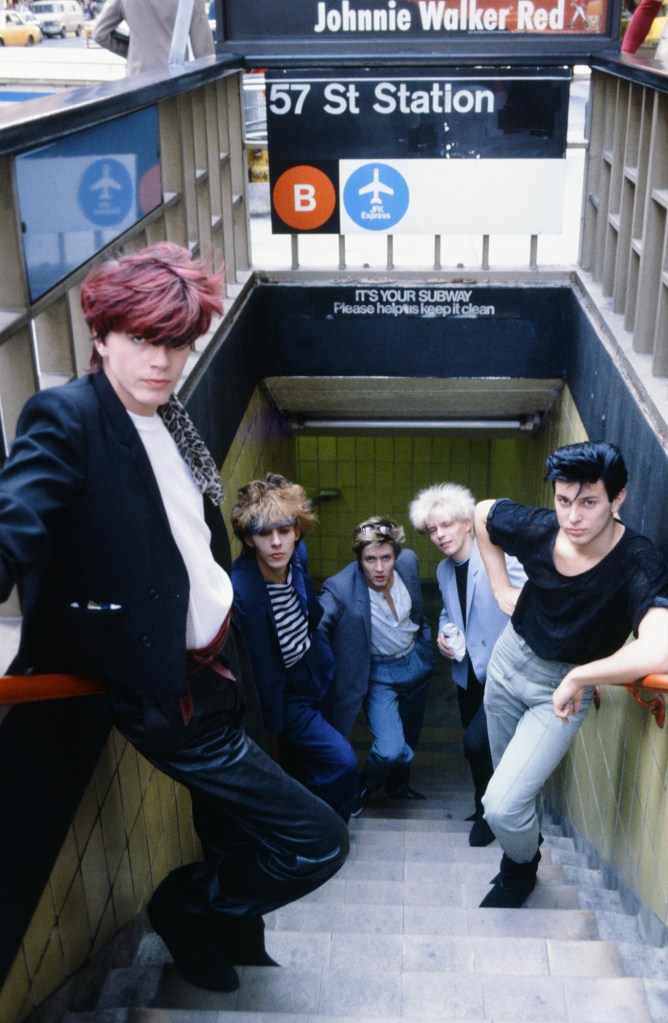 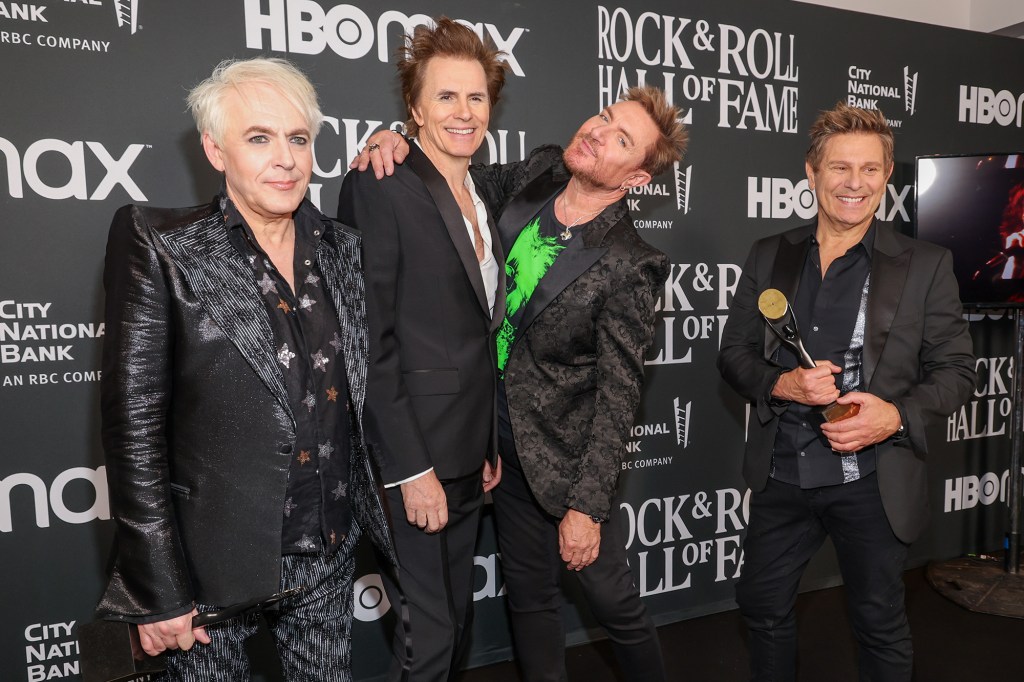 “We laughed hysterically at the idea of a world leader having to ask maintenance to come and assist them.”

Part of the New Romantic movement, Duran Duran was a hit from the moment they released their first album, an out-of-nowhere, self-titled platinum seller, 41 years ago. Featuring singer Simon Le Bon, guitarist/bassist Nick Rhodes, keyboardist John Taylor, drummer Roger Taylor, and guitarist Andy Taylor (none of whom were related), the group went on to sell 100 million albums and produce 30 Top 40 hits.

Despite all their success, it wasn’t until this month that Duran Duran was inducted into the Rock ’n’ Roll Hall of Fame (the ceremony airs on HBO this Saturday). 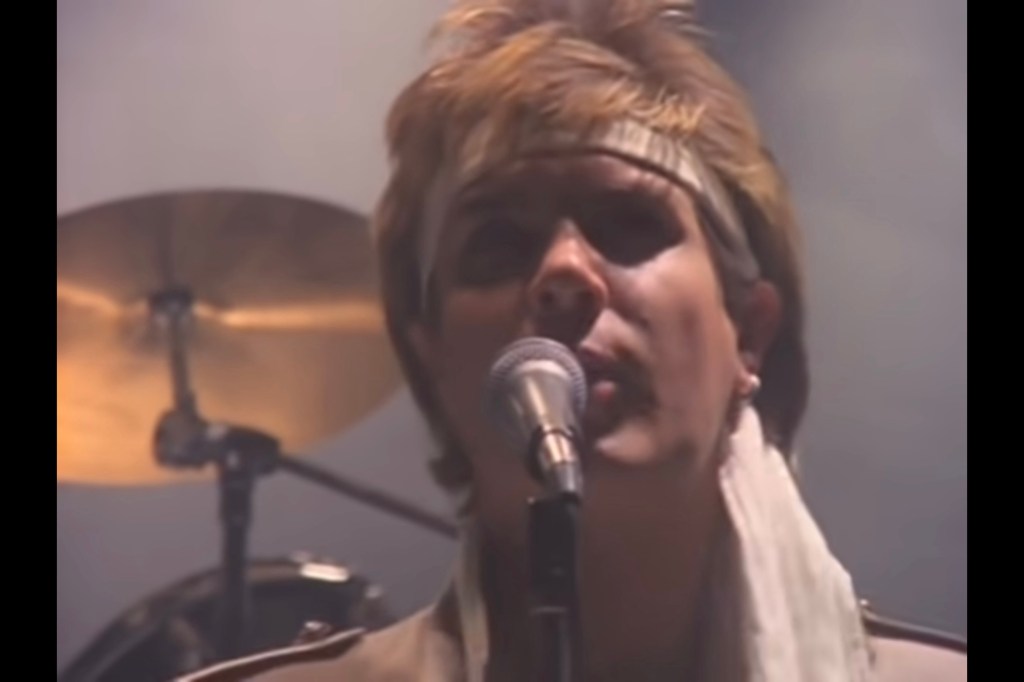 Le Bon in the music video for “Girls on Film,” which debuted in 1981 and helped transform the band into a global pop music sensation. Duran Duran/YouTube

But if there were ever a Hall of Fame for wild, self-destructive exploits, Duran Duran would have been a shoo-in decades ago.

“Cocaine was literally given to me every day on a plate,” John Taylor wrote in his tell-all “In the Pleasure Groove,” about the group’s 1981 tour. “I didn’t eat that much. I took drugs. That was my diet. I thought it was cool.”

The group — named after Dr. Durand Durand, the interplanetary scientist in the sexy sci-fi flick, “Barbarella” — was in the right place at the right time. They shot their third and most salacious video, “Girls on Film,” just two weeks after the launch of MTV.

The clip became an instant hit, turning the band into megastars. The British press likened them to the Beatles, dubbing its members the Fab Five. 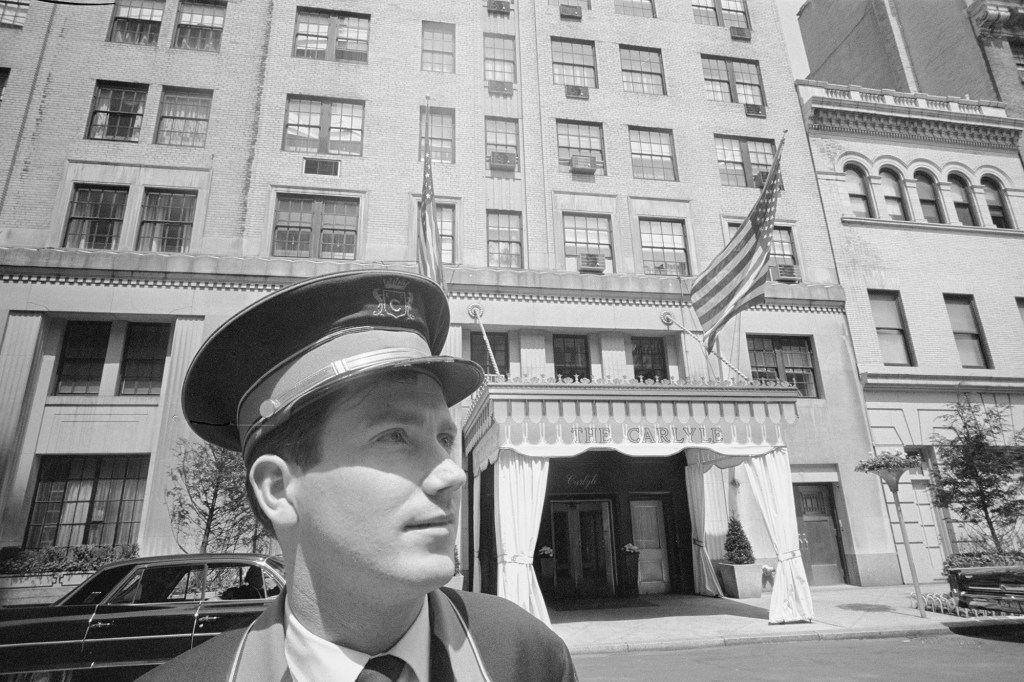 New York’s posh Carlyle Hotel, where John and Andy Taylor rang up a $450,000 tab in 1984 (and also consumed copious amounts of cocaine).Bettmann Archive

This was heady stuff for a group of kids who grew up in working-class Birmingham and first performed at a local bar called Rum Runner, owned by two brothers who would later go on to co-manage Duran Duran. That’s where they refined their music and also acquired a taste for groupies and white powder.

During its first few years, Duran Duran was actually considered wholesome and family-friendly. But that perception was smashed in 1984 when The UK Sun published a shocking exposé based on insights from Al Beard, a former band minder and bouncer at Rum Runner.

He recounted how band members scored drugs behind the club, snorted cocaine off a stainless steel kitchen sink and had their way with willing groupies, “ordering” them up to their rooms. He claimed that women were delivered by hotel porters like room-service meals. 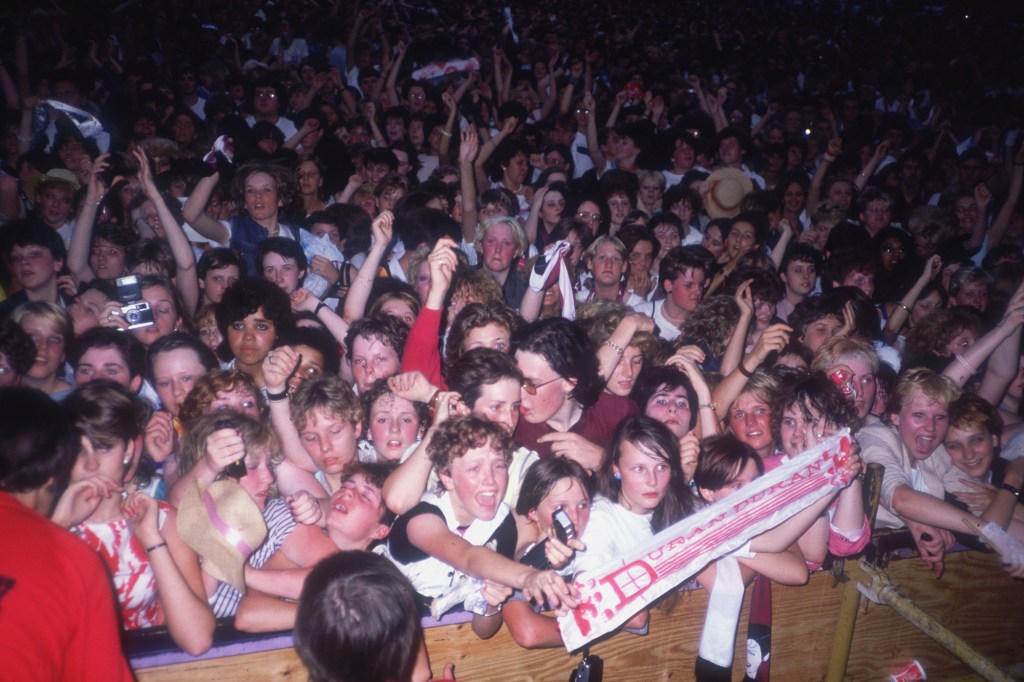 At concerts like this one in 1983, female fans would literally throw themselves at the band members. Getty Images

On one occasion, according to Beard, Andy spotted “a beautiful blonde on the pavement … Within minutes of climbing into the back of the car with Andy, she had all of her clothes off.” As for John, “he would arrive at a hotel and pick a teen girl from the lobby before checking in,” Stephen Davis, author of “Please Please Tell Me Now,” told The Post.

Model Bebe Buell, who has written an upcoming memoir, “Rebel Soul,” about her life, told The Post that she felt protective toward John Taylor after they met at the LA nightspot Club Lingerie.

“He was getting eaten alive,” she said. “A pack of chicks would fawn and offer cocaine and ask him to party. He was 20 years old. At that age, you don’t know the difference between somebody wanting a piece and somebody really caring for you.” 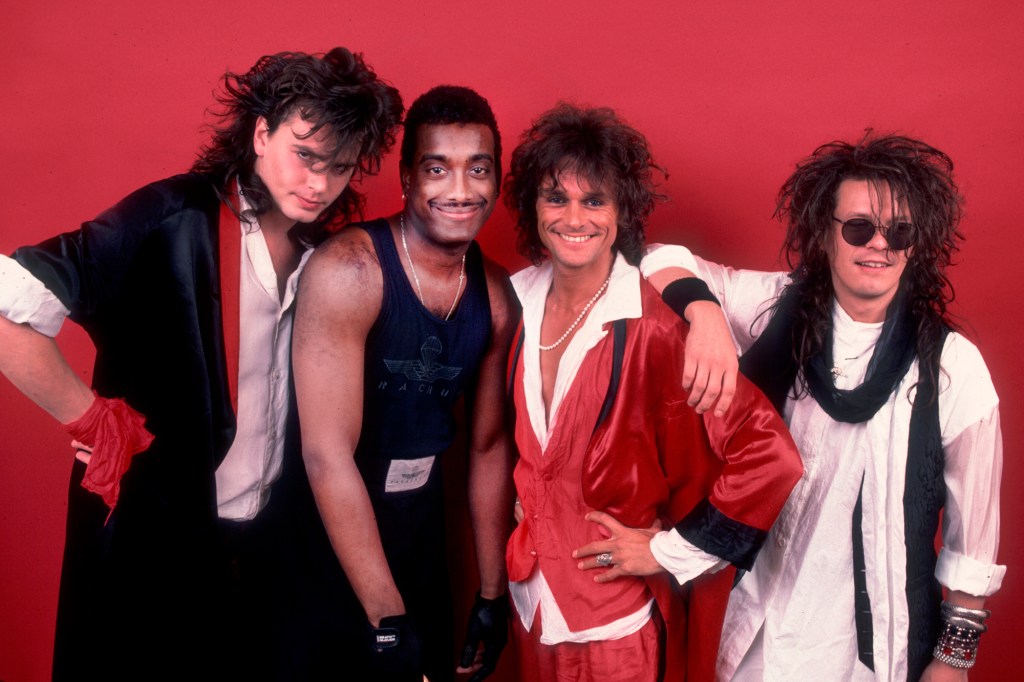 Buell, who famously dated Todd Rundgren, Steven Tyler, Elvis Costello and Dead Boys vocalist Stiv Bators, spent time with John for a few months when Duran Duran was opening for Blondie in 1982 during a US tour.

“I slept in the same bed with him,” she said. “He was tender and sweet. He was the guy who would wash your back when you took a bath and hold your hair when you threw up.”

By the end of 1983, after three hit albums, John amped up his drug use while mixing “Arena,” the band’s first live album, at the Power Plant studio in Hell’s Kitchen. Mick Jagger was down the hall working on a solo album, Bob Dylan was in-house but rarely seen, and the drugs flowed. “There was nowhere I’d rather be than in the safety and security of the studio, poised between shelter and control, totally coked out of my brain,” he wrote in his book. 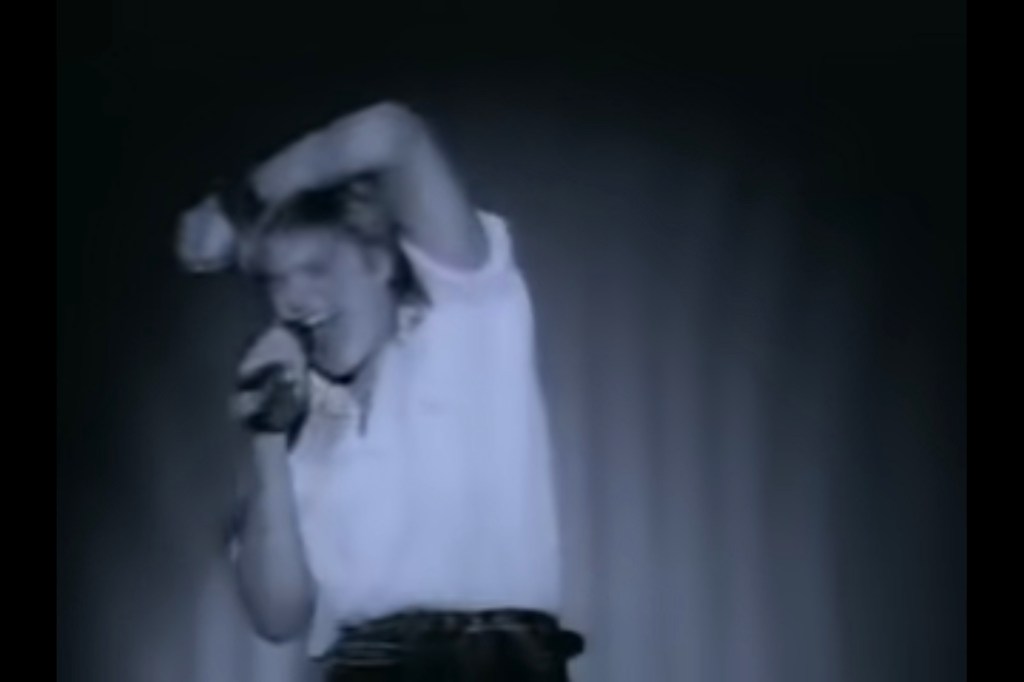 A clip from the video for “Wild Boys,” the shoot featured an underwater mishap that almost cost Le Bon his life.

Meanwhile, a consultant who worked with the band on the premiere of the 1985 James Bond film, “A View to a Kill,” which features the Duran Duran song of the same name, told The Post: “I did coke with them that night and found out the next day that I was pregnant. I was a nervous wreck throughout my pregnancy, though my child was fine.”

The pace of performing and the desire to create edgy videos brought its own dangers, too.

A scene for the band’s “The Wild Boys” video could have cost Le Bon his life. 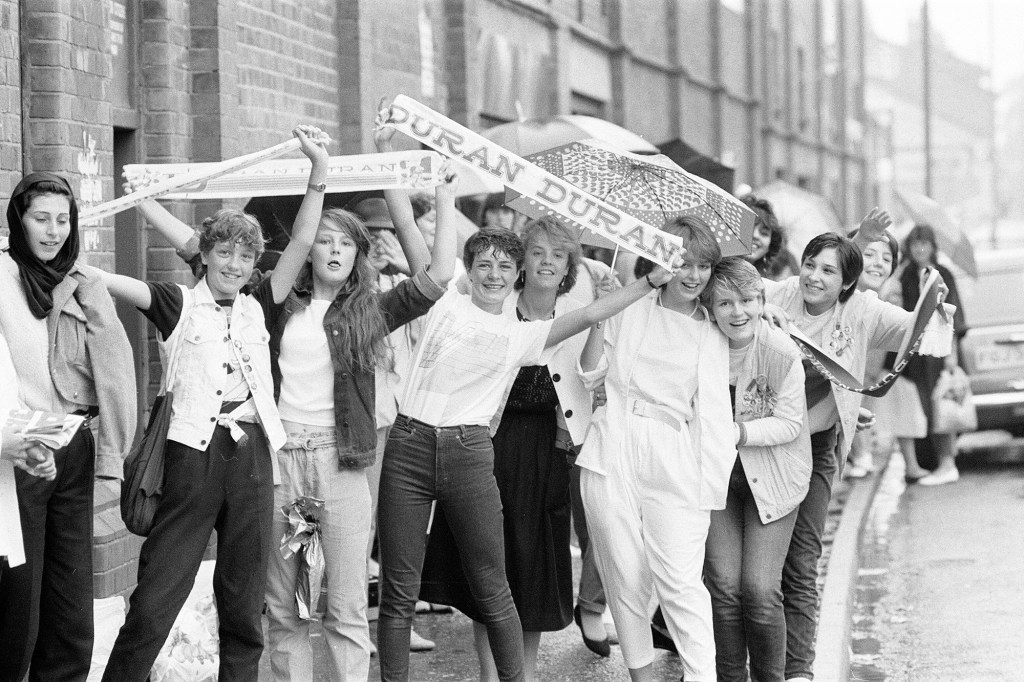 Like with Harry Styles today, young women lined up around the block to catch sight of their heroes.Getty Images

It called for the singer to be strapped to a working windmill that had been partially submerged in a swimming pool. As the blades turned, he spun in a circle but the machine malfunctioned and stopped with Le Bon’s head underwater.

“My heart was beating so fast,” a choreographer who was at the shoot told The Post. “I wondered how they would save him. But they did. Divers [on hand as lifeguards] jumped into the pool.”

Drugs didn’t appear to play a role in the mishap. But, the choreographer said, “everyone was partying hard at the time. It was an endless cocaine run. I don’t know if it was a matter of needing it. But it was there. It was a different time.” 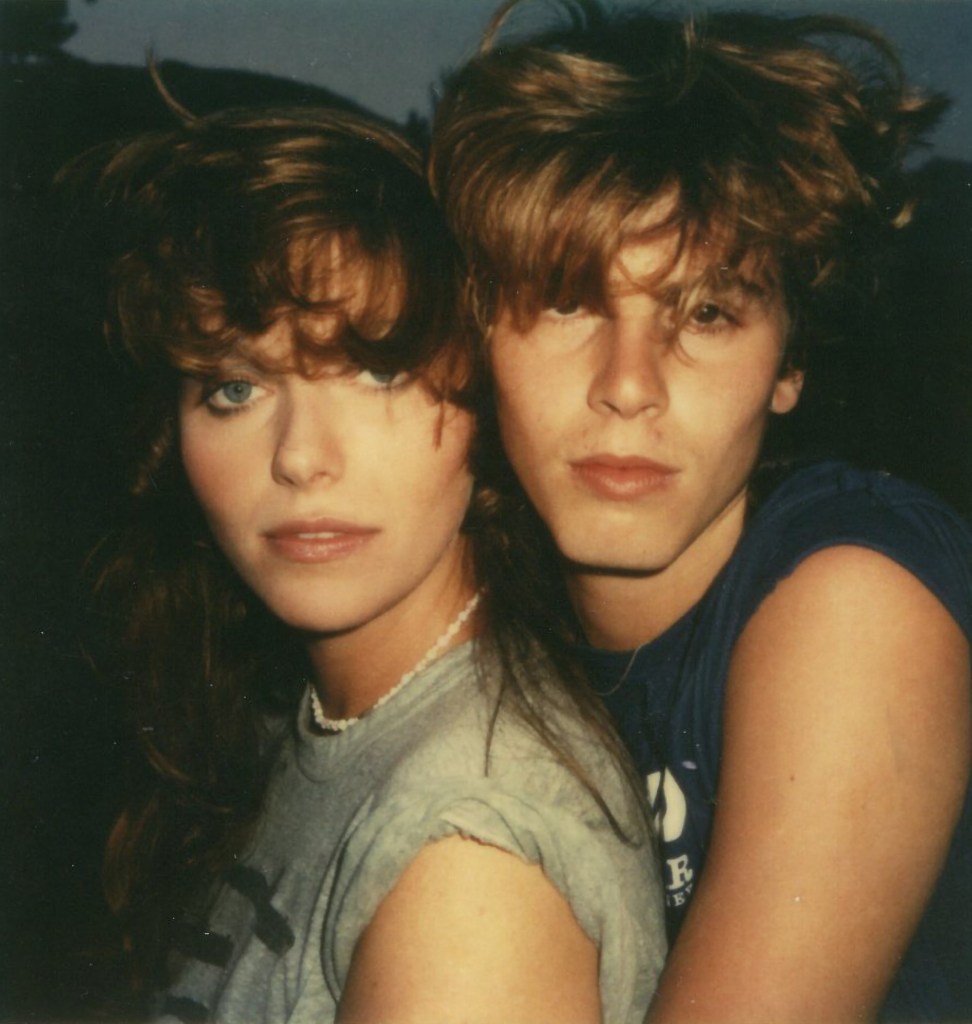 Model Bebe Buell met John Taylor in a Los Angeles nightclub and spent time with him in 1982 when Duran Duran was opening for Blondie. Bebe Buell

Andy and John were the biggest hell-raisers. In 1984, the duo splintered off from Duran Duran to create a new band, the Power Station, which is what brought them to the Carlyle that year.

“Those two guys were so into coke that the roadies called the band Powder Station,” Davis said. “They were more into doing lines than they were into making great songs.”

“Their behavior was very erratic,” the consultant who worked with the band told The Post. “I remember us all being in the make-up room at CNN when Andy flew off the handle and screamed at me. He’s the only person in my career who made me cry. He was set off easily in those days.” 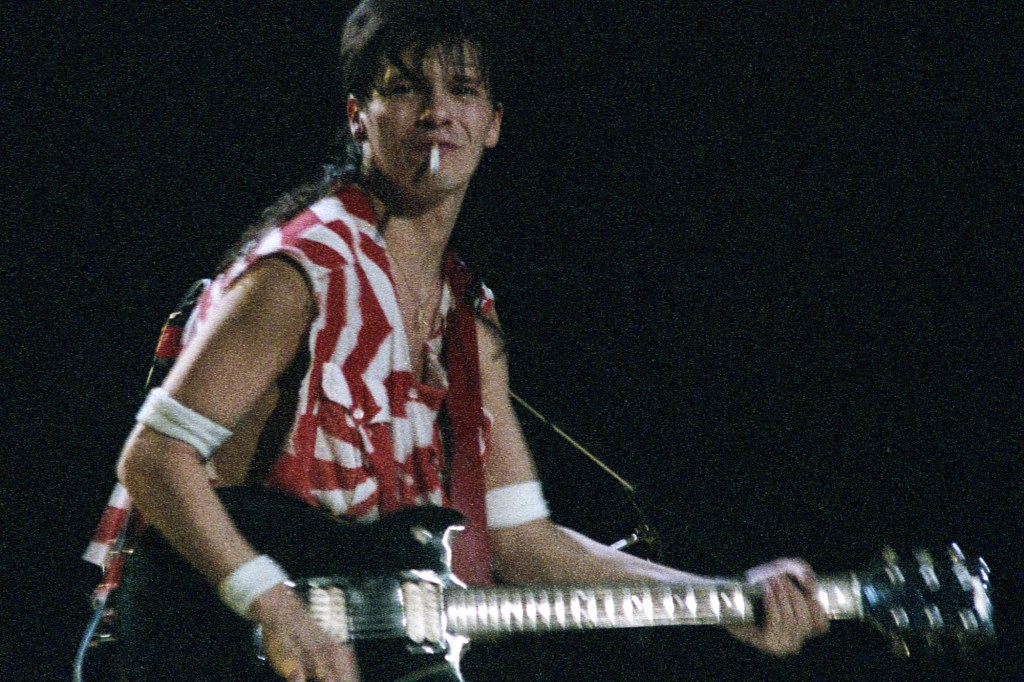 Andy Taylor performs at Madison Square Garden in 1983; the guitarist announced that he is suffering from Stage 4 prostate cancer earlier this year. Getty Images

Things came to a head during the 1985 Live Aid concert in Philadelphia, where Duran Duran, featuring its three other members, headlined over Led Zeppelin — while Power Station hit the stage before the Thompson Twins.

“The two factions didn’t talk to one another,” said Davis, who noted that the original Duran Duran ensemble “didn’t play together again for 18 years.”

By the mid-1990s, the group’s stardom had dimmed, with band members enduring failed relationships, unsuccessful recording efforts and stints in rehab.

“I was haunted by the familiar wave of regrets: the opportunities I had wasted in the eighties, the bad choices I had made over and over, again and again,” John recounted in his book. “What an asshole I was!” 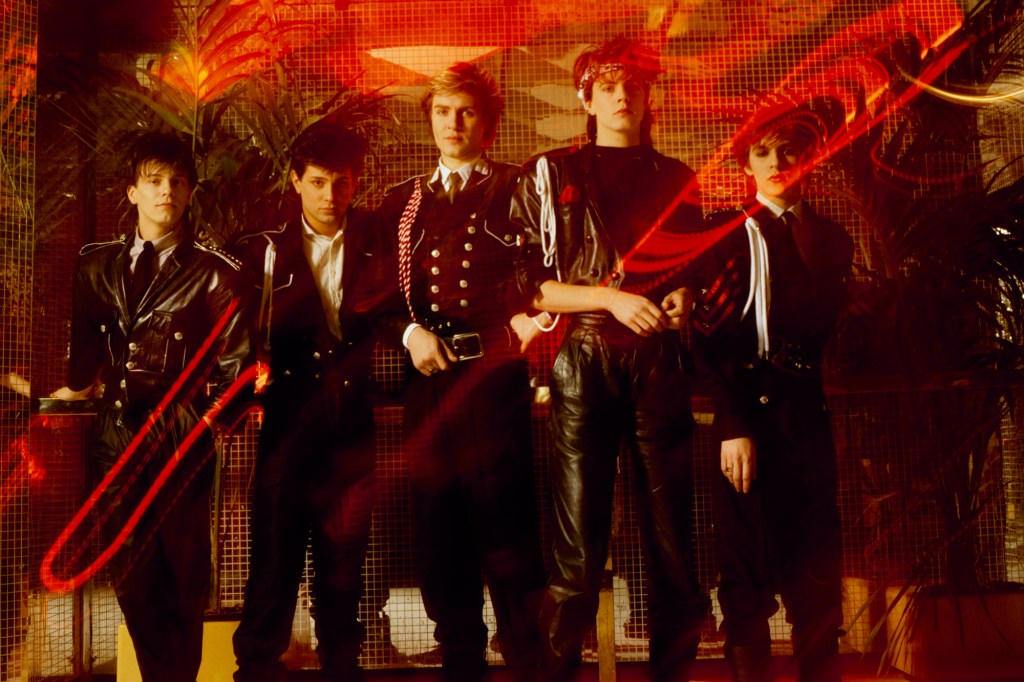 The band’s last seven studio releases, including “Future Past,” which dropped last year, had mostly lackluster sales, though their 2004 album “Astronaut” went gold.

The last time Buell saw John was in New York more than 25 years ago, she said.

“He was doing a solo performance at SideWalk Cafe in the East Village,” she recalled. “I remembered thinking to myself, ‘You are a living god. What are you doing there?’ I brought Nicolas Cage with me so that he would have a superstar in the audience. [John] sang that night and he was amazing. I told myself that I hope this is not the end, that he would not be playing these little rooms forever.”

She got her wish.

Though Andy Taylor is now battling stage 4 prostate cancer, his bandmates are clean, sober and have been touring this year to packed audiences. In August, they played at Madison Square Garden and this month released a concert film, “A Hollywood High.”

As Buell says, “I love a comeback from hell.”