Identity Line finally starting to give Islanders a boost “They’ve always had a really big impact on the game, and there would be games far and few between that you’d say they didn’t have much impact,” Trotz said ahead of his team’s game Tuesday night against the Flyers. “I think this year they’ve had less impact which is part and parcel of our season.”

Much of the Islanders’ success in recent years had been credited to the fourth line’s hard hitting and relentless forechecking, which embodied how the team wanted to play.

This year, however, that hasn’t been the case. That line hasn’t played with the same kind of oomph. The trio has been outshot and outchanced, per Natural Stat Trick. The line’s members have been in and out of the lineup with COVID-19. Martin has dealt with a lingering injury, and Ross Johnston has taken his spot on a rotational basis. 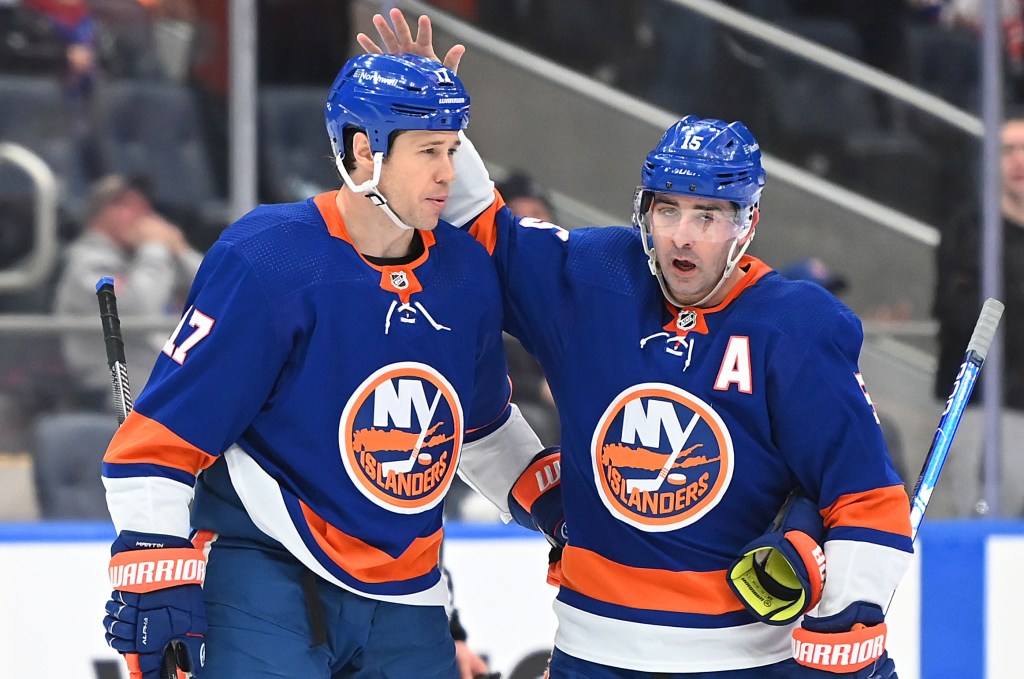 Cal Clutterbuck (right) congratulates Matt Martin on his empty-net goal during the Islanders’ 4-1 win over the Flyers.Robert Sabo

Monday looked a little more familiar. The Identity Line was usually matched up with the Flyers’ top group of Joel Farabee, Claude Giroux and Cam Atkinson, which had an abysmal 19.37 expected goals percentage in the game, per Natural Stat Trick. Meanwhile, Martin, Cizikas and Clutterbuck produced eight shots and seven scoring chances.

That’s the kind of offensive output that has been lacking and the kind of game the fourth line needs to play regularly if the Islanders are going to turn their season around.

“I just think it was a little more in sync,” Martin said. “We got pucks in, skated well. Supported each other on loose pucks. Clutter and Case would come in and hit. Got in on the forecheck, threw a hit. … Create opportunities that way, and that’s really when we’re at our best.”

“I thought today was one of our most complete games as a line,” Cizikas said after Monday’s game.

One game is just that, especially because they faced the Flyers just one night later, and in a building in which the Flyers can dictate matchups. There’s also the matter of the left-wing spot, at which Johnston and Martin could be sharing time for the foreseeable future. 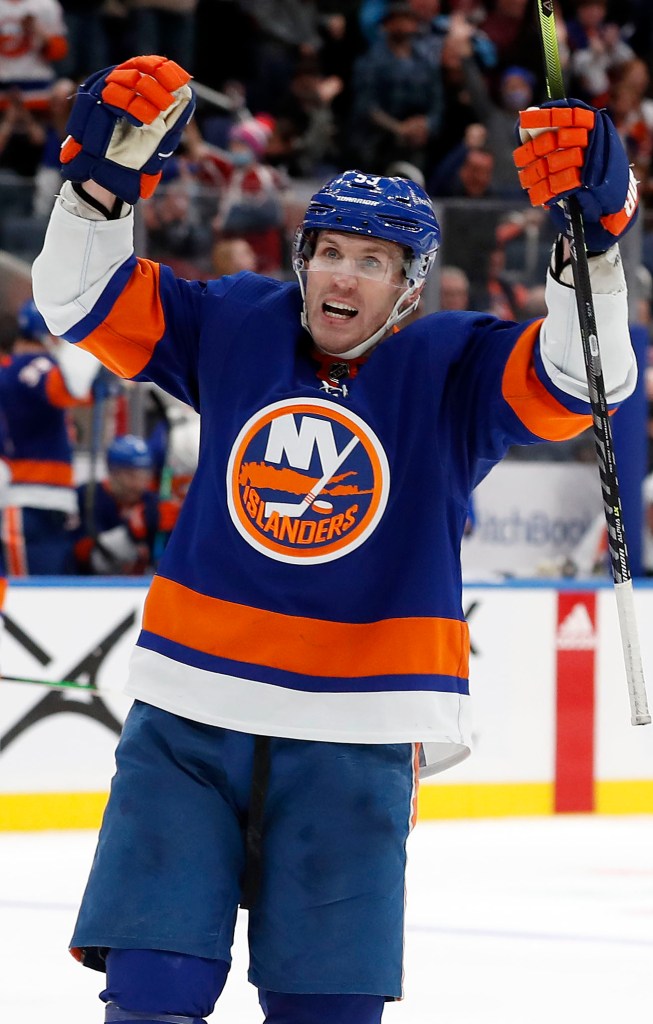 Casey Cizikas celebrates after scoring a goal in the Islanders’ win over the Flyers. AP

“Just based on play,” Trotz said when asked how he’ll make the decision. “I thought [with] Matty, that line wasn’t having as much impact and I put Ross in there. It may be opponent based. I think one thing that Ross does, he’s a stronger skater than Matty. Matty’s probably a little more physical.”

Experimenting with lines can’t hurt the Islanders (12-13-6) — they tried Kieffer Bellows with Anders Lee and Mat Barzal on Monday, for example — but they can’t afford to stick with anything that isn’t working.

Each game they play carries an outsize importance. Such is the reality they’ve made for themselves.

Trotz said much of the Identity Line’s effectiveness in the past has come from continuity. They ranked 10th among forward lines in minutes last season, per Money Puck. That luxury hasn’t been afforded them this year due to absences. And if they don’t continue to play well, the Islanders may not be able to afford to give them such minutes.

“They’re a group that when they get a long rhythm, they feel good about themselves, they gotta roll with the hockey team usually and they have more impact,” Trotz said. “I wouldn’t give them a really high grade to this point, but we got lots of runway left and they can be a real big factor for us.” This could be time for Karl-Anthony...