Alexa Smagala likes to think the sun rises and shines with her dad, even though she’s never met him.

The 19-year-old’s father, firefighter Stanley Smagala Jr., died in the 9/11 terrorist attacks — four months before she was born.

“Whenever there’s an important event in my life, I can just look up at the sun or feel it on my skin and know that he’s with me,” Alexa told The Post.

The native Long Islander details the enduring effects of her loss in the new Magnolia Network and Discovery+ documentary “Rebuilding Hope: The Children of 9/11,” out Tuesday.

The doc focuses on Alexa and three other young adults — Ronald Milam Jr., Gabriel “Gabi” Jacobs Dick and Jamie Gartenberg Pila — and how they’ve navigated life after their fathers were killed while they were still in utero. The four are among an estimated 100 people born to women after their fathers died in the attacks. 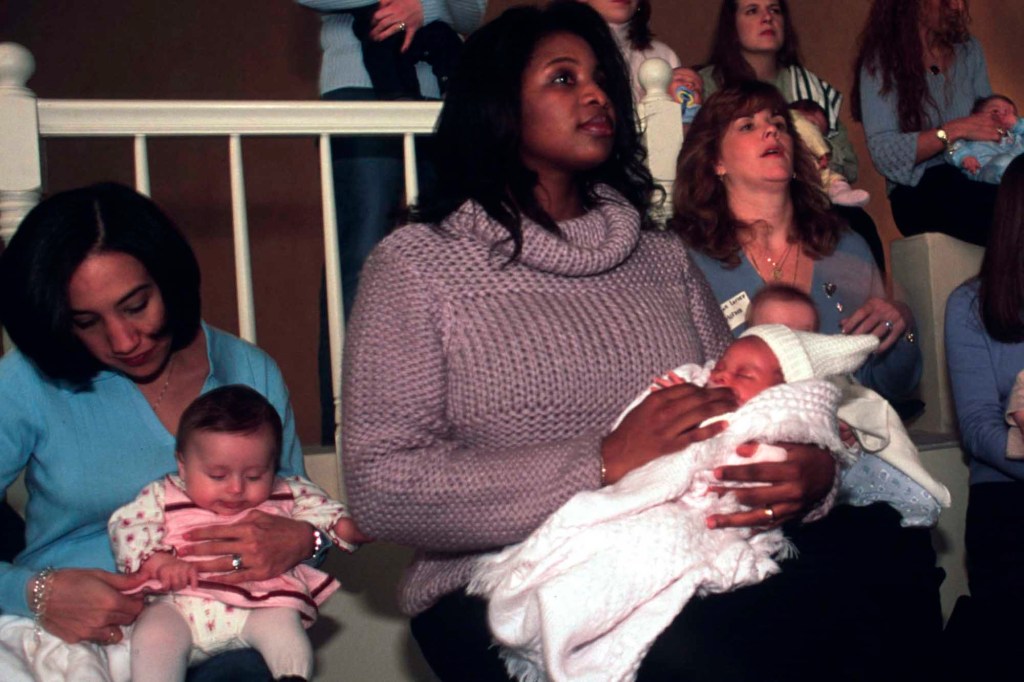 “The positive outlook of these young people really inspired me,” said the film’s director, Ellen Goosenberg Kent, 60. “It was fascinating to discover how they each came to terms with the unique dilemma of relating to a person that they lost who is also someone that they don’t know.”

Kent, a Tribeca resident who won an Oscar in 2015 with her documentary short “Crisis Hotline: Veterans Press 1,” spent more than a year chronicling Alexa, Ronald, Gabi and Jamie’s journeys. 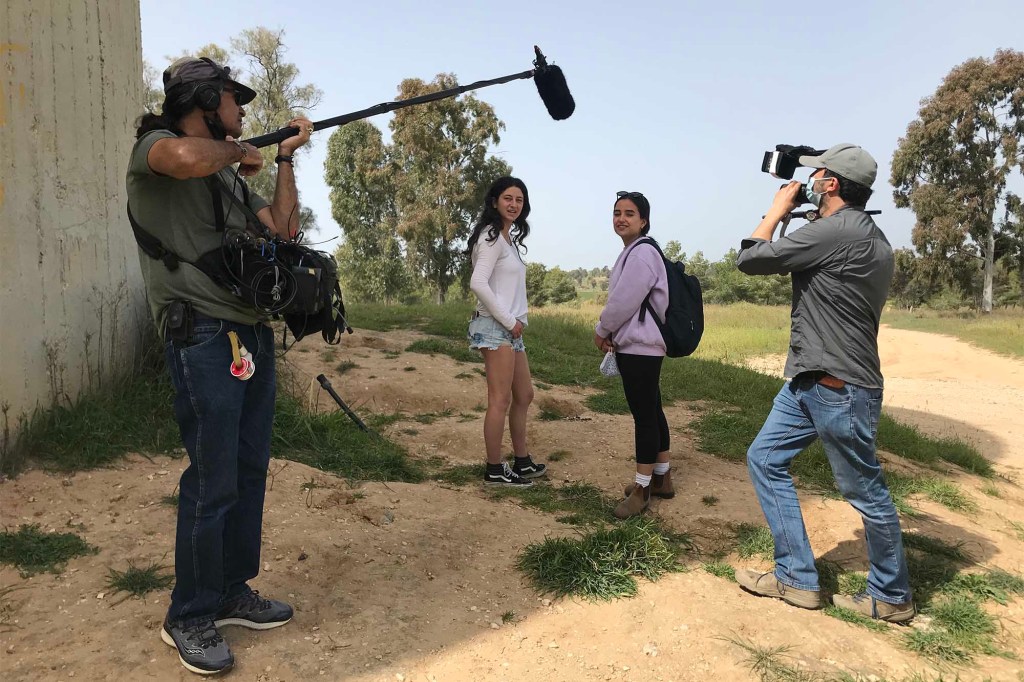 “We were able to show these teens videos of their dads that they’d never seen before,” she said, noting that most of their moms had kept old family videos hidden away to avoid painful memories.

“We watched the kids encounter their dads, hear their voices and see their mannerisms for the first time,” Kent continued. “It was incredibly moving for me, and amazing for them.”

The teens’ moms are all featured in the film, making for a nuanced portrait of grief, 20 years on.

“It’s touching to hear the stories of these women who lost their first loves at such an early stage in their marriages,” Kent said. “They all decided to carry on for the sake of their unborn children. These kids all saved their moms lives.” Meet them. 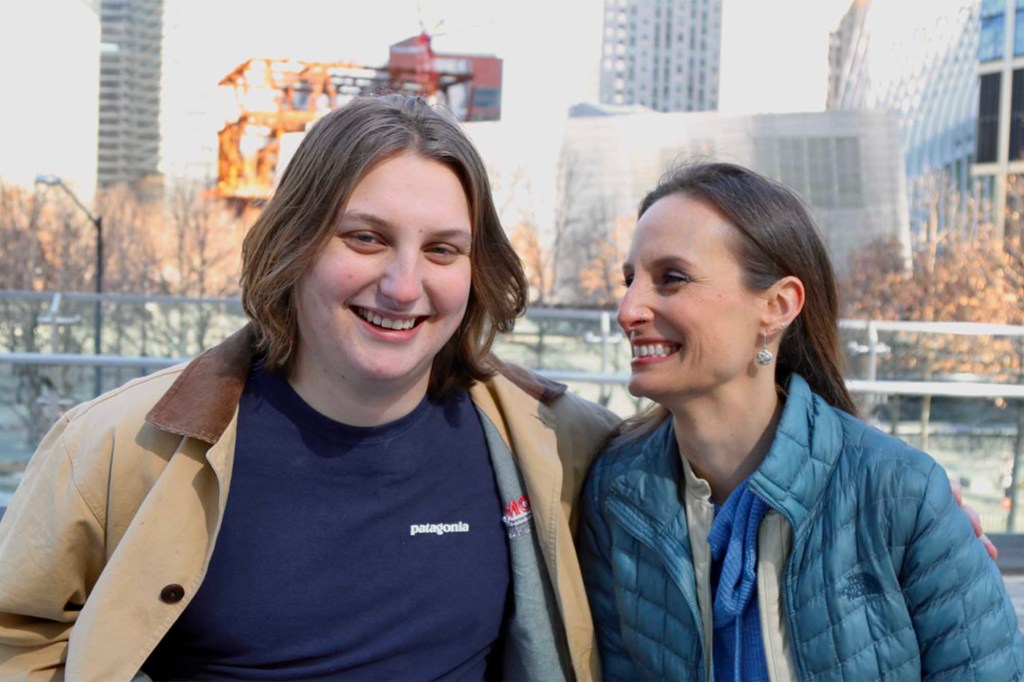 Gabi and his mom Jenna have looked to one another for strength in the 20 years since his father’s untimely death.

Both of his parents were working at the Pentagon at the time of the attacks. His dad, Army Major Ronald Milam Sr., was killed. His mom, retired Air Force Captain Jacqueline Milam, was five months pregnant and on a different floor. Thankfully, she escaped the fray unscathed.

In the years since, mother and son have rarely talked about the tragedy, but he admires her resilience. 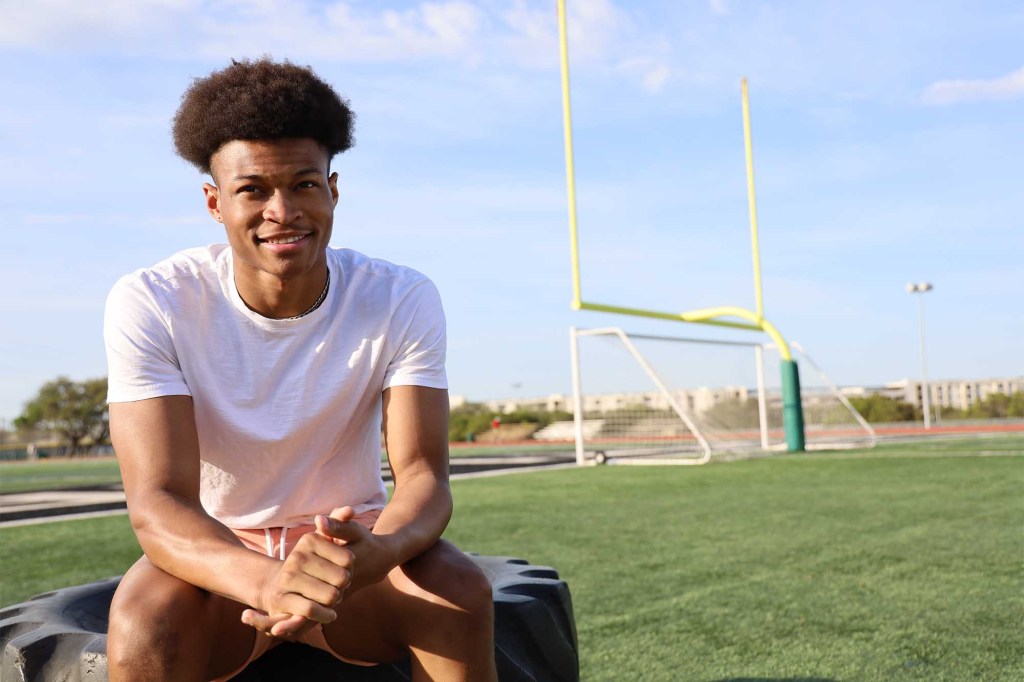 Ronald spent most of his youth focusing sports, but is now studying biology at the University of Texas at San Antonio. Courtesy of Arrow International

“[We] have never really sat down to discuss the details. Making her relive that day? No thanks,” Ronald Jr. told The Guardian. “I don’t feel the need for closure — I wasn’t there. When things like this happen, you lose a loved one, you’ve got to carry on.”

A year ago, Ronald got to hear his father’s voice for the first time.

His Uncle Steven showed him some old videos from a family birthday party where his late dad jokingly dressed up as a long-lost provincial relative.

“It was pretty cool,” said Ronald, Jr., a student at the University of Texas at San Antonio, said in the film. “Seeing that different side of his personality … it unlocked new [information] about him.” 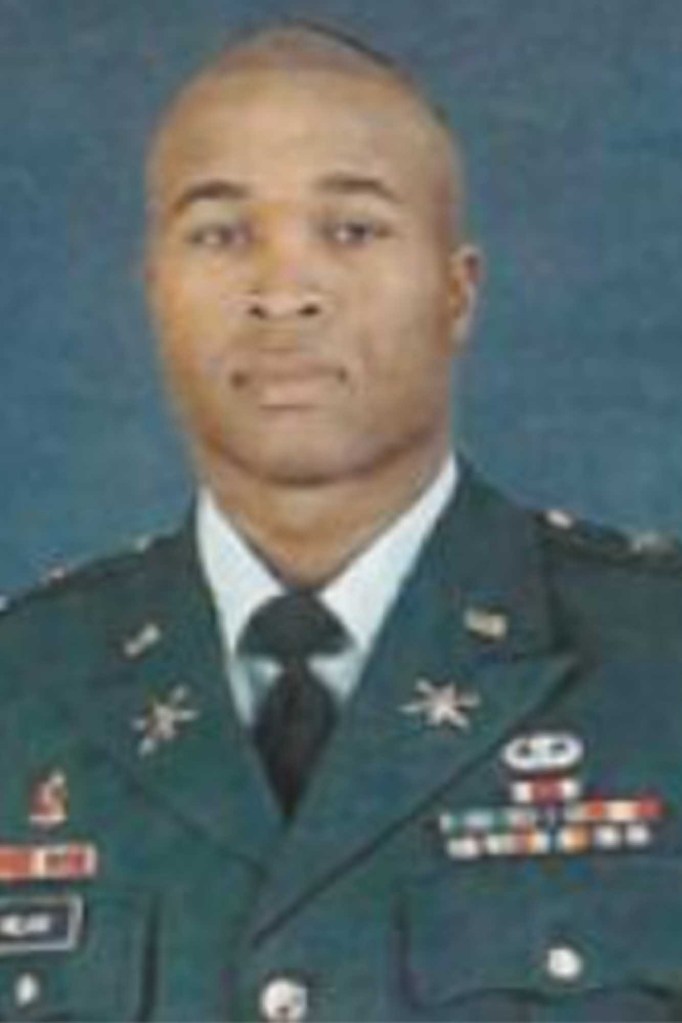 Major Ronald Milam, Sr. died at 33 during the 9/11 attack on the Pentagon. Pentagon

For Alexa, having to grow up without her father always seemed unfair.

“When I was younger, I’d say to my mom, ‘I wish daddy wasn’t so brave,’” Alexa said of dad Stanley Smagala Jr., a firefighter with the Engine 226 firehouse in downtown Brooklyn who geared up for duty and rushed down to the Twin Towers on the morning of 9/11.

He was climbing the staircase of the South Tower when the building collapsed, killing him instantly. Smagala was only 36. 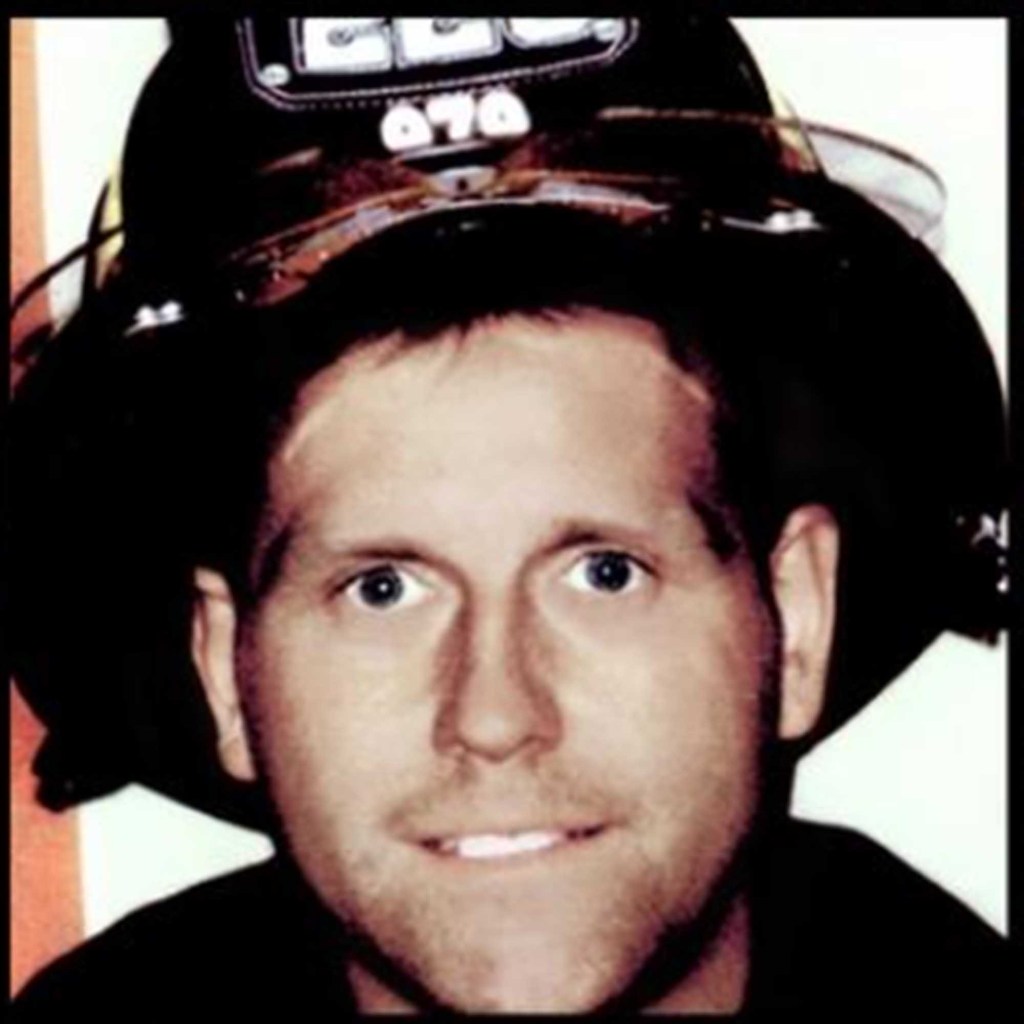 Firefighter Stan Smagala gave his life while attempting to save victims inside the South Tower on 9/11. courtesy

“I think about those last few moments when he was running into the building, knowing he’d probably never come out,” said Alexa, a sophomore at the University of Central Florida, who has come to appreciate her dad’s courage.

“He’s my hero,” she said. “It makes me proud to be his daughter because I could never do anything as brave as that.” 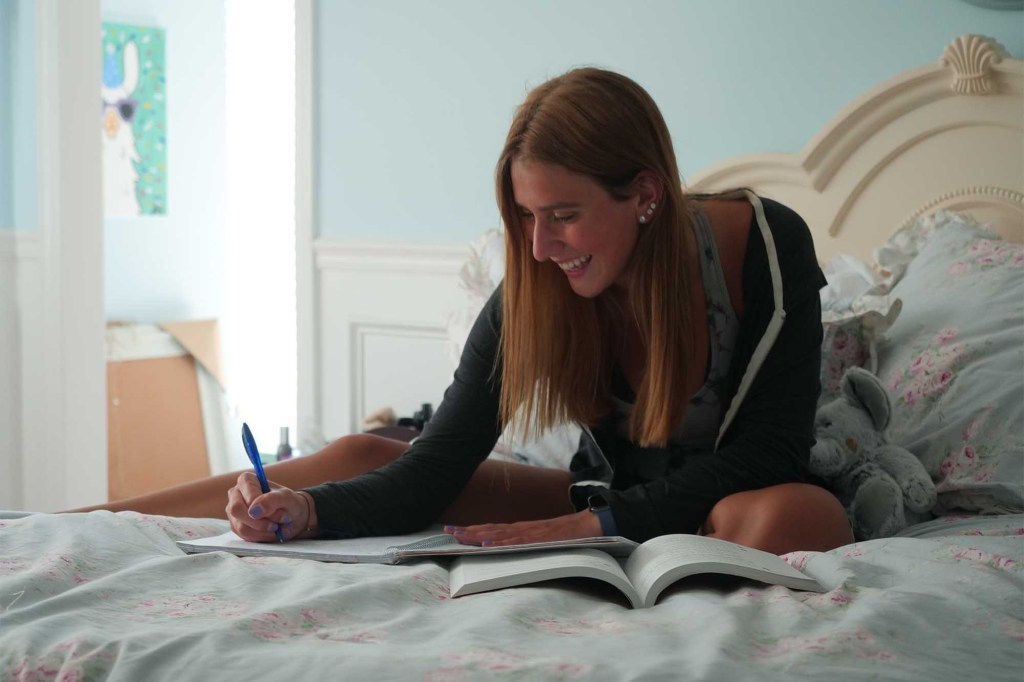 Alexa Smagala admires her father’s courage, although she wishes he was around to see her grow up. courtesy

Gabi is haunted by nightmares about the fateful moment his 29-year-old father Ariel Jacobs’ life came to a devastating end. Jacobs was an executive president at software company Caplin Systems and attending a meeting at Windows on the World when the first plane struck Tower One.

“I see my dad walking into the building. I see him on the top floor and I think he knows he’s going to die. He’s just hoping my mom and I are going to be okay,” Gabi said.

His dad’s death has left him with crippling anxiety. 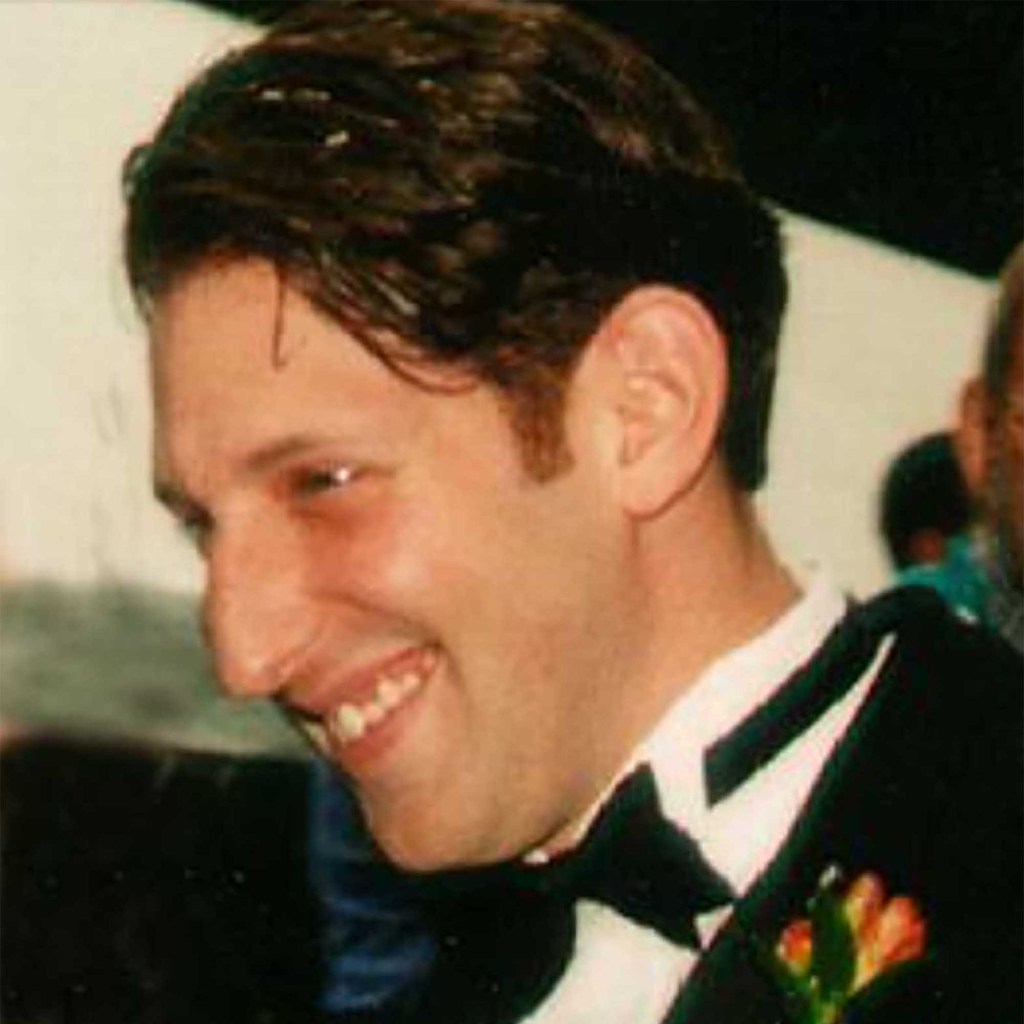 “I don’t get on airplanes unless I have to go somewhere that will take me more than 24 hours to get to by car. [I] refuse to go on an elevator,” the Fairfield, Connecticut., teen confessed. “Losing my dad in that way made me more anxious about how life can just be yanked away in an instant.”

But, last year, he summoned the courage to take the 47-second elevator ride to the 102nd floor of One World Trade Center. From the skyscraper’s observatory, he gazed down at the 9/11 Memorial 1,300 feet below and found some peace.

After spending some time in Israel, 19-year-old Jamie recently postponed her enrollment at the University of Colorado and plans to join the Israeli Army.

“Losing my biological dad at a young age taught me to do everything you can. Help people. Always do the right thing and be brave,” she told People.

Her father, James Gartenberg, was a commercial real estate investor and died trapped behind a debris-blocked fire escape door on the 86th floor of the North Tower. Her mother, Jill Pila, was three months pregnant at the time and also had a 2-year-old daughter, Nicole, at home. 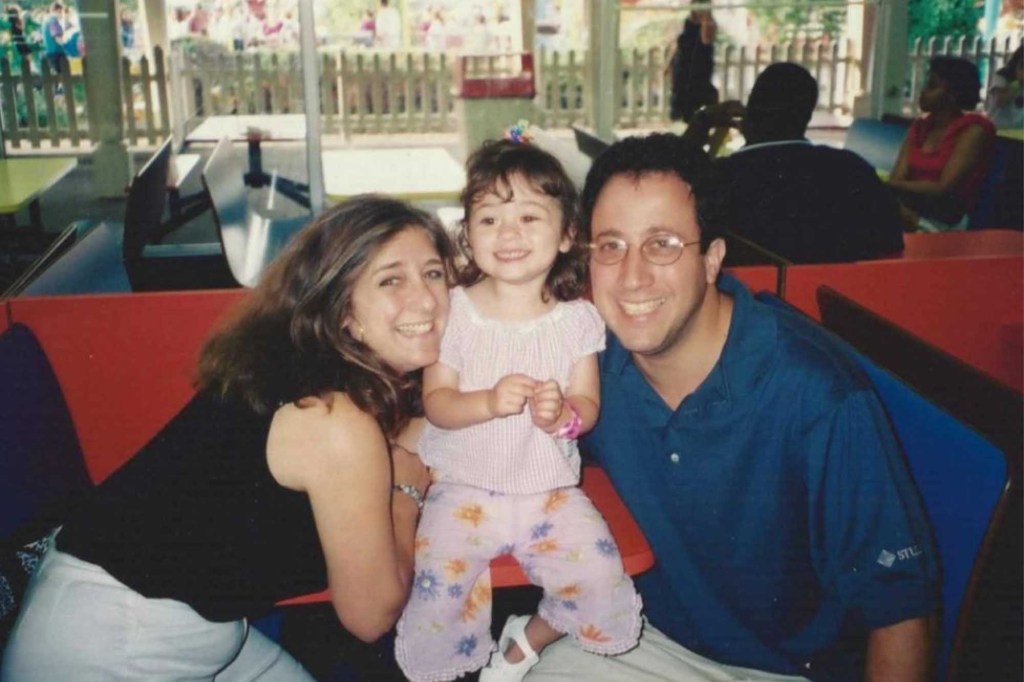 Jill (left) was only three months pregnant with Jamie when James died on 9/11. Jill Gartenberg Pila

In the film, the older sister notes that she and Jamie grieve differently.

“I’m almost too good at expressing my emotions and Jamie tends to hold back a little more,” Nicole, 22, said tearfully in the film. “I try to remind her that even though she didn’t know him, he’s still her dad,” added the University of Michigan graduate. “And it’s okay for her to miss someone she’s never met.”

While in Israel, Jamie found a deeper connection with her father at the 9/11 Living Memorial Plaza in the Arazim Valley of Ramot, Jerusalem. It’s the only memorial outside of the United States that lists all the names of the 2,983 victims killed in the terrorist attack.

“To be 5,000 miles away from home and to have this memorial here with my dad’s name on it, looking over the whole city of Jerusalem, feels really special,” Jamie said. 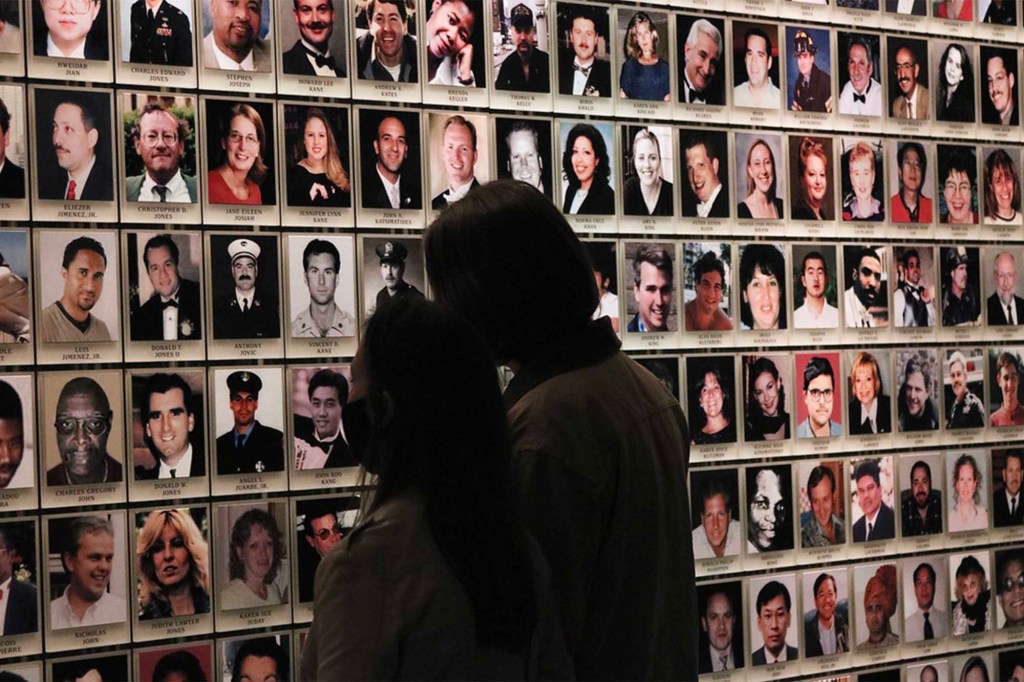 “Rebuilding Hope: The Children of 9/11″debuts Tuesday on Discovery+.Magnolia Network
daddy brave years after attacks
Read The Rest at
nypost.com New York Fashion Week is back in person —...