How the Knicks season will be decided: Kemba Walker’s ceiling, RJ Barrett’s leap, the rookie hopes The Knicks open their season this week with a sense of optimism that hasn’t been seen around New York in years. Will the good times last? Or will an 82-game slate under coach Tom Thibodeau reveal flaws fatal to the franchise’s plan? Let’s dig in to the questions and issues that will shape the months ahead.

How hard will the Knicks push Kemba Walker?

During the MSG Network telecast of last week’s Pistons-Knicks preseason game, as the cameras showed Walker on the bench in his warm-ups, sitting out for “rest,’’ Walt Frazier said: “That will be a familiar sight this season.” Mike Breen interjected, saying no decision has been made on whether Walker will play both games of a back-to-back. Walker has said the Celtics had a plan to keep him out of back-to-backs, and this season he will play it by ear. The Knicks are deep in the backcourt, but Walker, at his best, will make the Knicks’ offense smarter and more vibrant. Also, having Derrick Rose as his backup takes the pressure off. Rose did the team a solid with his Media Day proclamation Walker was the starter, ending any controversy. But it looks like Rose may close games. 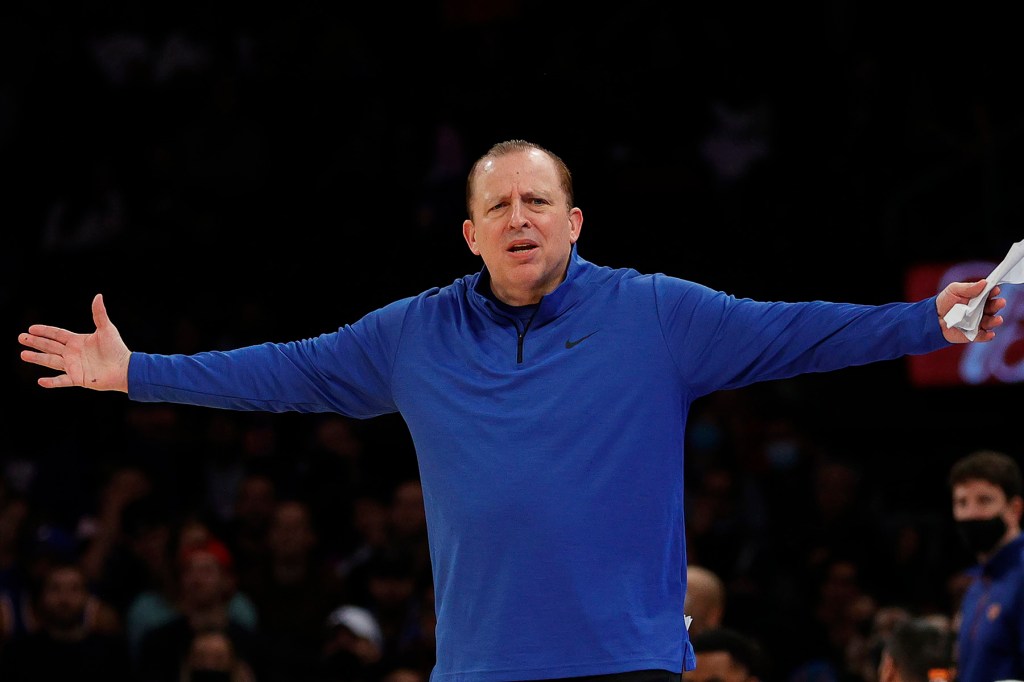 Will Thibodeau dial back on his stars’ minutes?

One boost to the Knicks’ stunning record last season was the Knicks coach playing (some say overplaying) Julius Randle and RJ Barrett for monster minutes. Randle and Barrett finished 1-2 in the NBA in total minutes (2,667 and 2,511, respectively) as they combined to miss just one game. “Load management” are dirty words in Thibodeau’s vocabulary — a trait that Jeff Van Gundy recently lauded. But 2020-21 was a 72-game slate. After Randle and Barrett petered out in the playoffs, Thibodeau could decide to rethink his philosophy. But don’t count on it. He treated the four-game preseason as if the Knicks were playing Atlanta again in the first round. “Everyone has to be themselves,’’ Thibodeau said late in the preseason.

What can Evan Fournier add to the equation?

The French shooting guard still is feeling his way and getting used to the Garden rims and new teammates. The Knicks are his fourth team in six months, following stints with the Magic, Celtics and Team France. Fournier said New York is where he always wanted to play, but he’ll feel the pressure if he’s not producing. He’s tied to a four-year deal that can max out at $78 million. In the four preseason games, Fournier averaged 25.5 minutes and 9.8 points while shooting 35 percent — 30 percent from 3. Nobody expects Fournier to defend like last season’s starter Reggie Bullock, but he’ll need to be a consistent shotmaker who can score off the dribble, which was Bullock’s Achilles’ heel. NFL’s Week 6 officiating was an embarrassment