How Rangers are moving forward from frustrating defeat: ‘Wasn’t happy at all’

Gerard Gallant has repeatedly said that he expects more from his team that will carry a 10-8-4 record into Monday’s showdown at the Garden against the scalding 18-4 Devils.

Surely, just as the head coach received much praise — and a nomination for Jack Adams as coach of the year — for his work behind the bench a year ago, responsibility accrues to Gallant and his staff to help this team get on track.

Gallant is who he is. He is not one to engage in public second-guessing of his decisions. He empowers his players. He wants an upbeat environment. He does not seem to have varied the approach that reaped benefits a year ago, even if line combinations have fluctuated throughout the year.

The Blueshirts have gone with 27 different units over the first 22 games. But that’s next to nothing compared to the 39 different alignments then-head coach Alain Vigneault concocted over the first 23 matches of the 2013-14 season that culminated with a trip to the Cup final. 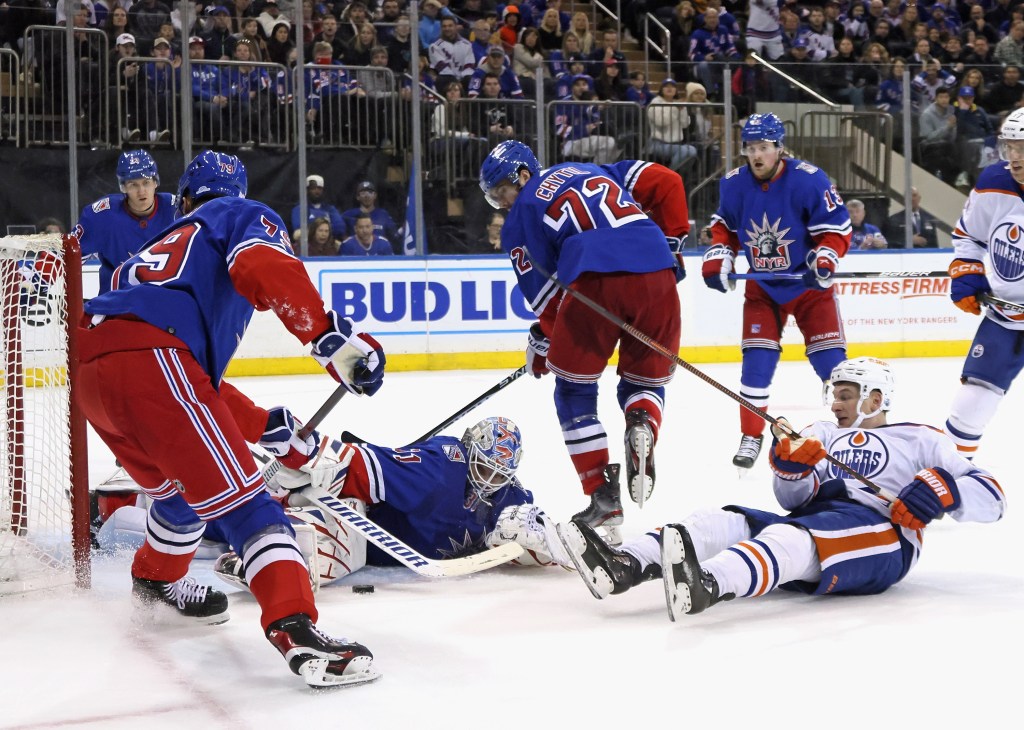 The Rangers aren’t playing up to their fullest potential with a 10-8-4 record.Bruce Bennett/Getty Images

But what you have seen from Gallant is what you will continue to get from Gallant, who has coached four teams to an NHL career 322-248-65 record in 645 games.

“I think you have to be consistent. It’s a long season and like I said, I have emotion like our players, I played the game and [Saturday] was I upset? Yeah,” he said. “I wasn’t happy at all.

“Today, you come to the rink, and you get ready for the next game. You’ve got to be consistent with your message, consistent with your effort and come out there and have a good practice. [Saturday], you wanted to skate the asses off of them, and today, you want to get ready for New Jersey, a real good team. “You’re always fighting yourself in making those decisions and you try and do the best you can.”

Gallant chatted with the club prior to practice as he did following Saturday’s defeat in which the Oilers capitalized on numerous breakdowns for four goals in the third period to overcome a 3-0 deficit.

It was the first time the Rangers had lost in regulation after entering the third period with a three-goal lead since Dec. 23, 2006, when Friend of The Post Dan Boyle scored a third-period hat trick in Tampa against Henrik Lundqvist to lift the Lightning to a 4-3 victory. 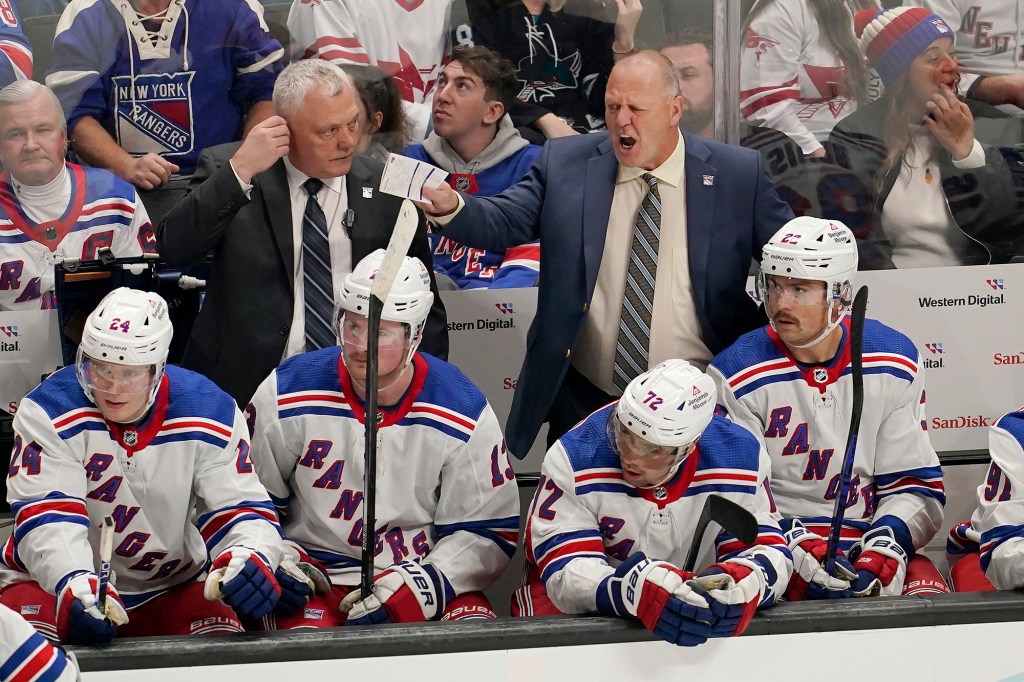 “We addressed it and we’re moving forward,” said captain Jacob Trouba, guilty of a mindless giveaway that preceded the 3-3 goal. “There are things you can’t do and win in this league and we did a lot of them in the third period.

“It’s not a secret. It’s not rocket science.”

Ryan Lindgren, who missed the final 13:04 following a collision initiated by Ryan Nugent Hopkins, did not practice and is listed as “day-to-day” with an upper-body issue. … Vincent Trocheck, who played on following a late first-period collision with Warren Foegele, took a “maintenance day” on Sunday but is likely to play.

The Rangers, who have failed on their last 10 power-play opportunities, now rank 16th overall at 21.3 percent at 16-for-75. While one of Saturday’s three man-advantages started on the fly off a four-on-four, the first unit started all of the other nine.