It was Saturday night in San Jose, a scoreless game, when the Rangers went on the power play at 5:16 of the second period.

The Broadway Five took the ice, because of course they did. That would be Mika Zibanejad, Chris Kreider, Artemi Panarin, Vincent Trocheck and Adam Fox, the club’s five best offensive players.

There was a one-timer from Zibanejad, a deflection from Kreider that went wide, a Fox shot off the post and a Panarin drive that appeared to tick the crossbar on its way into the crowd for a stop of play at 6:20, 1:04 into the man-advantage.

This was the perfect opportunity to bring on the second unit consisting of Filip Chytil, Alexis Lafreniere, Kaapo Kakko, Jacob Trouba and either K’Andre Miller or, lately, Sammy Blais for the draw in the right-wing circle.

Apparently not. The first unit stayed on, with diminishing returns. The second unit finally got on for a defensive zone draw at 6:51. There were 25 seconds left in the power play and no opportunity for the second unit to create an opportunity. 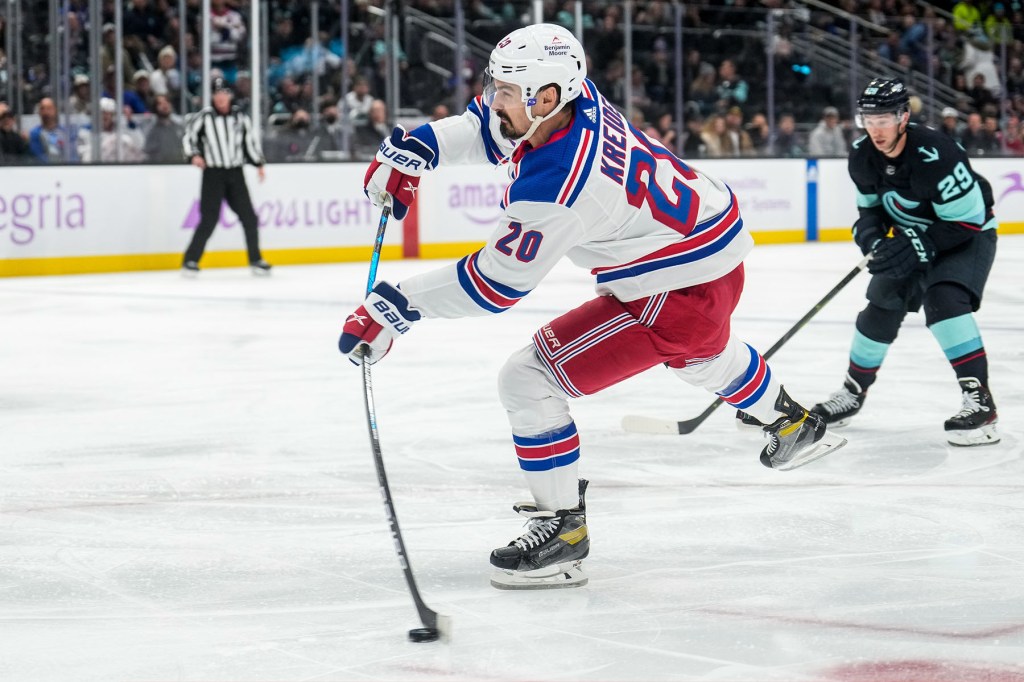 Chris Kreider has been on the ice for all of the Rangers’ 14 power-play goals this season.NHLI via Getty Images

Fast forward to 15:42 of the period and the Blueshirts’ next PP opportunity in a still-scoreless game. This time, through no stops of play with the first unit generally in possession but able to generate only one shot off four attempts, the Broadway Five ate up about 1:30 of the man-advantage, the second unit getting on with changes on the fly that led to one brief setup in the zone.

Lather, rinse, add conditioner and repeat. This was just A Day in the Life. This is the essence of the Rangers’ power play, on which a second-unit forward has not scored a goal since Gerard Gallant took command behind the bench at the start of last season, even after this dramatic imbalance took hold during David Quinn’s final season as head coach in 2020-21.

That corresponds to ice time: The Broadway Five eat between 76-78 percent of the club’s power-play time or approximately 1:32 per man-advantage. That generally leaves the second unit, if lucky, one entry and one rushed attempt at setting up in the offensive zone.

That translates to essentially nothing for the three most talented young forwards on the team, the three first-rounders in whom so much of the future would seem to be invested. That would be Lafreniere, Kakko and Chytil, whose negligible amount of touches on the man-advantage minimizes their games and opportunities for growth. 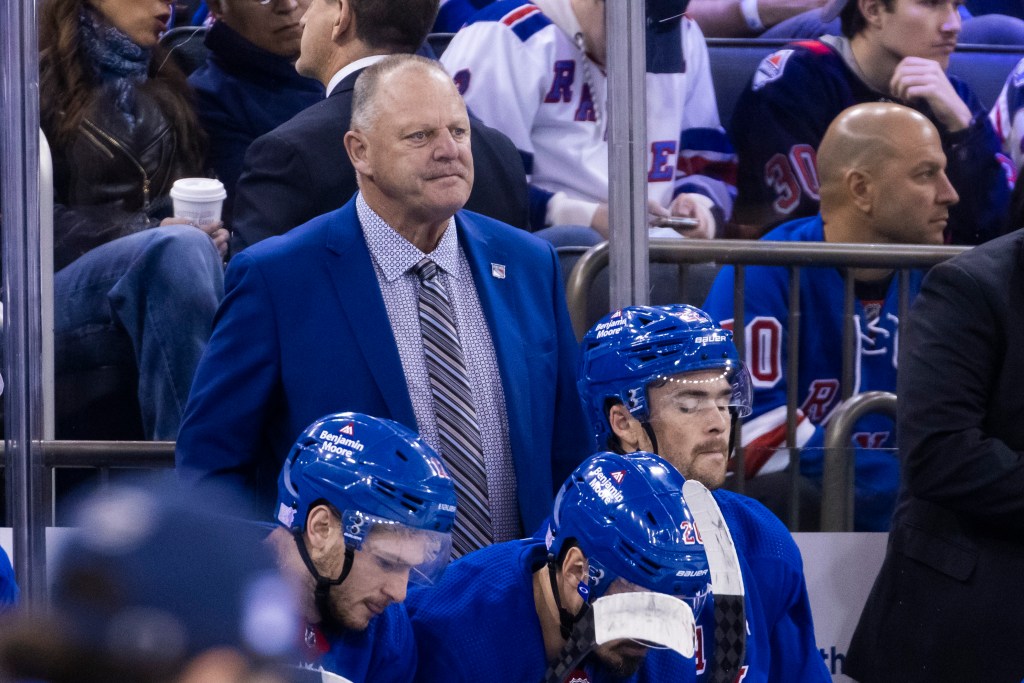 Gerard Gallant has given the bulk of the Rangers’ power-play minutes since his arrival to his first unit.Corey Sipkin for the NY POST

The Rangers’ first unit is imposing. No question about that. But the production is not all-world. It is not as if the Blueshirts’ time allotment is generating league-leading numbers. It is not. In fact, the team’s power play was ranked ninth, at 23.5 percent, as of Monday morning.

The benefits of balance

Maybe, just maybe, the Rangers would be better with a somewhat more balanced approach. Maybe, just maybe, the team also would be more productive at five-on-five if the Broadway Five — all of whom other than Panarin also get major time on the penalty-kill — didn’t get these heaping minutes and the Kids got more of them.

Maybe the added touches and boost in confidence that would accrue to Lafreniere — who does not have a power-play goal in his 154-game career — with meaningful power-play responsibility would bleed into his five-on-five play. Because it sure is not where anyone anticipated coming off last season’s playoff run.

A check of the top power plays in the league shows that top-heavy time is awarded to top units. But not one other team skews as heavily as the Rangers and not one other skews with such a dramatic five-man split.

Colorado, whose power play leads the NHL at a remarkable 36.5 percent, have four players claiming at least 76 percent of the time, but the fifth is around 61 percent. Leon Draisaitl and Connor McDavid each get over 80 percent of Edmonton’s power-play minutes, but the fourth and fifth members of PP1 get under 67 percent. Toronto’s top unit gets between 65-74 percent. 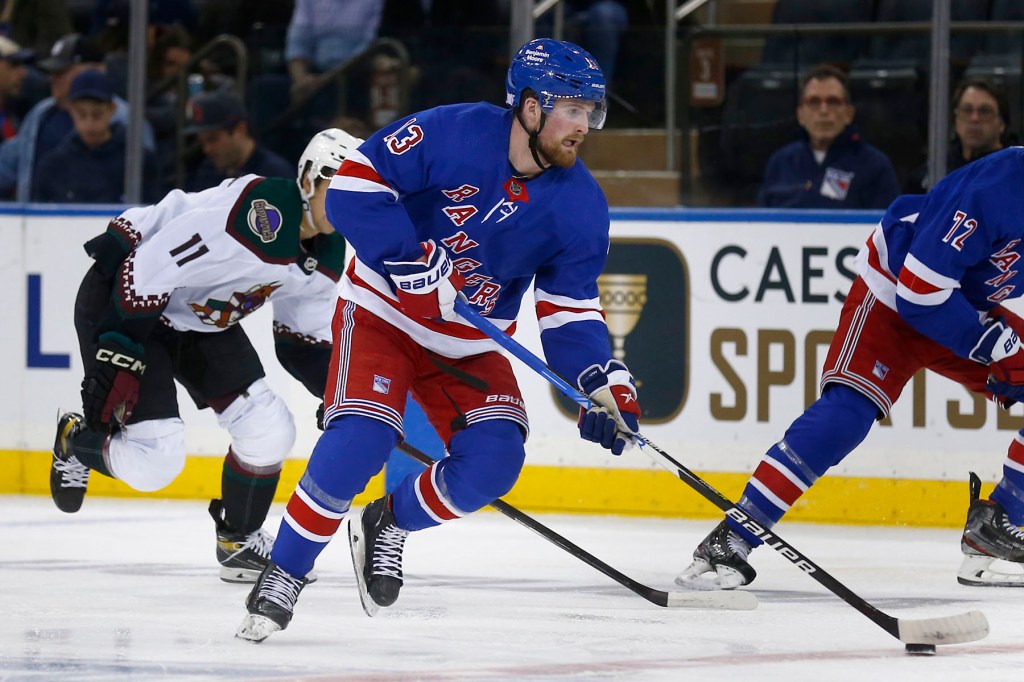 Alexis Lafreniere might find a way to shake off his early-season struggles with a few more goal-scoring opportunities on the power play.AP

Again, though, this Rangers time split influences five-on-five. I don’t necessarily believe the Blueshirts should upend their program simply for the benefit of Lafreniere, Kakko and Chytil, but if their development is not Priority 1A, something is off.

Lafreniere, in Year 3, looks nothing like a first overall. Kakko, in Year 4, hardly looks like a second overall. There is a team concept, and ice must be earned. That is understood. Ice time is not bequeathed by draft position. Lord no, that is not the way it can work in a successful operation.

But the Rangers must find a way to give Lafreniere and Kakko their best chances of success. The same applies to Chytil. Drafted 21st overall in 2017, he is in a contract year, and his ice time and opportunity have suffered with the heaping minutes awarded to the centers in front of him. 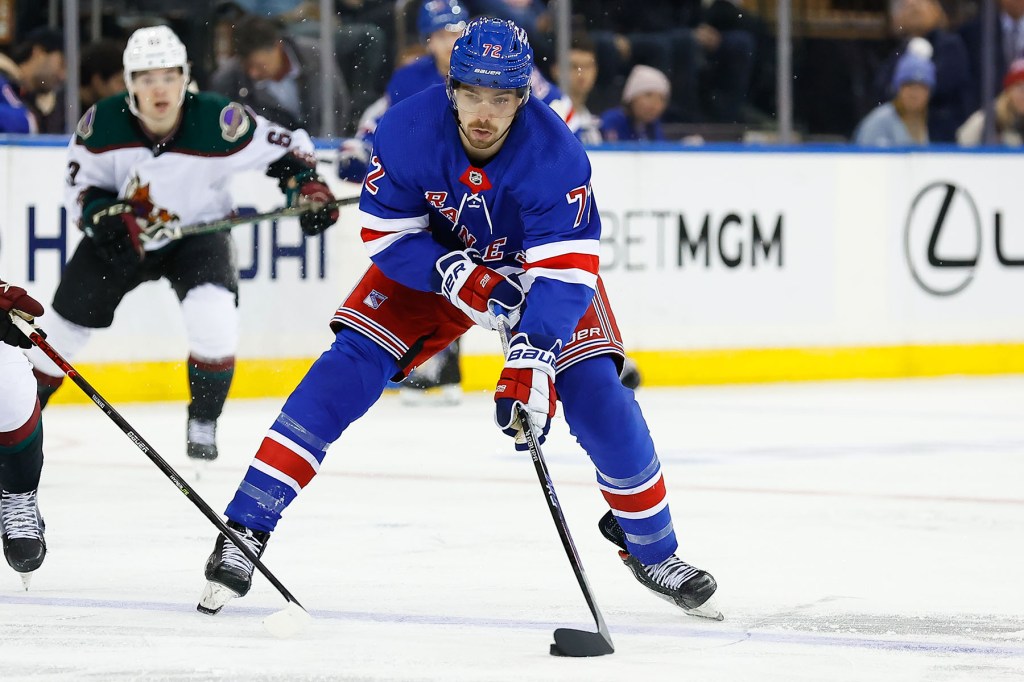 Filip Chytil’s lack of power-play time may end up costing him when he negotiates a new contract after the season.Getty Images

There may come the time when the right move is to shift Panarin to Chytil’s left while Lafreniere moves up with Zibanejad and Kreider skates with Trocheck (who has formed zero connection through six weeks with Panarin). That would signal a significant upheaval.

An easier step, a first step, though, would be to give the second power play unit a legitimate shot. That could start Tuesday in Los Angeles.