‘House of the Dragon’ outrages fans with dark episode: ‘Abomination’ The world of Westeros is a dark place. Not just for the violence and gore, but also literally.

Fans of the “Game of Thrones” prequel series “House of the Dragon” took to social media to express their frustration about the lighting in Episode 7, “Driftmark.” The hour featured several pivotal scenes that were filmed on a beach at night, including Daemon Targaryen (Matt Smith) having sex with his niece Rhaenyra (Emma D’Arcy) right after his wife’s funeral, and also Aemond (Leo Ashton) claiming a dragon.

But many viewers couldn’t see the action playing out, because the scenes were so dim.

“No f – – king way are they serious with the lighting in this scene. I can’t make out a single feature,” one viewer tweeted.

The flurry of tweets prompted HBO to respond to complaints about screens being dark, as one fan pointed out.

“We appreciate you reaching out about a night scene in House of the Dragon: Episode 7 appearing dark on your screen,” the statement sent to many people read. “The dimmed lighting of this scene was an intentional creative decision.”

i love got/hotd but I think the franchise has a very real problem with insufficient lighting for night scenes. I know they are going for historical accuracy/sometimes nearly full-dark is for dramatic effect but when you frequently can barely see what’s happening it’s frustrating

Half this episode of #hotd is so dark you can’t see anything. Who did the lighting for these scenes…

i love tv! i love to look at it and see it and just look at that screen and see all the things on that screen hoo boy it's so fun pic.twitter.com/OxelT3KLie

“i love got/hotd but I think the franchise has a very real problem with insufficient lighting for night scenes,” added another. “I know they are going for historical accuracy/sometimes nearly full-dark is for dramatic effect but when you frequently can barely see what’s happening it’s frustrating.”

“@hbo if you learn ANYTHING from Twitter tonight it’s that we love a bit of mood lighting but we also like to SEE WHATS HAPPENING,” another fan posted.

Another viewer commented on how much better the “Lord of the Rings” movies were at lighting.

This isn’t the first time that the lack of lighting has been a problem in Westeros. On “Game of Thrones,” the battle episode “The Long Night” in Season 8 was infamously so dark, that viewers also took to Twitter to complain about their inability to see what was happening on-screen. 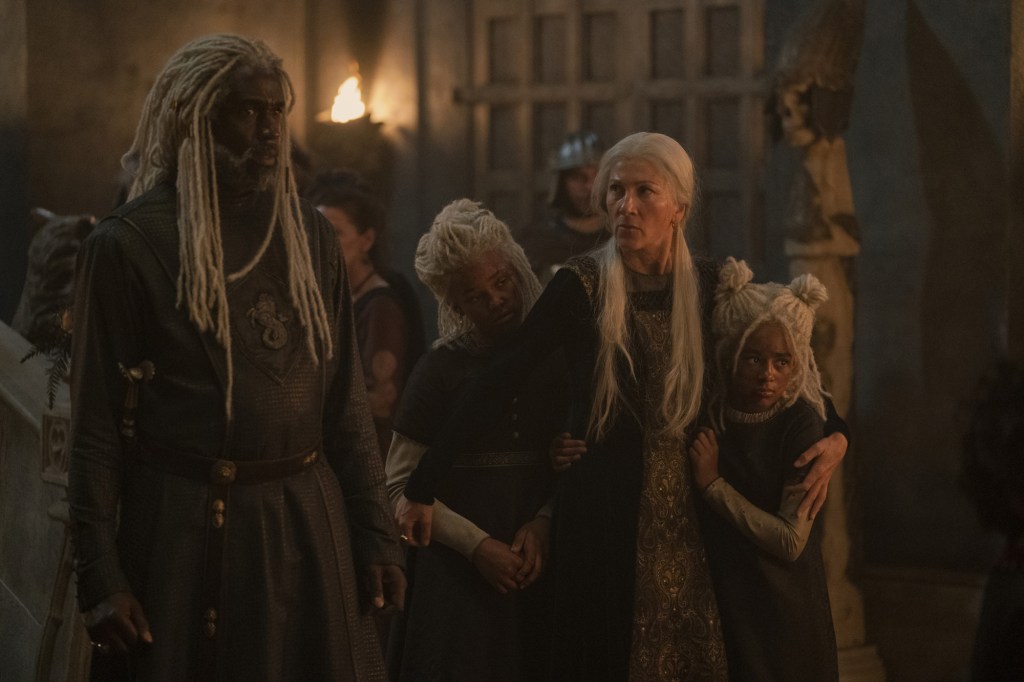