EXCLUSIVE: Hollywood Gang and Solipsist Films have acquired rights to A Woman of Valor, the best-selling novel from D.C. lawyer-turned-author Allan Topol. Michael Steinberg (The Water Dance, The Cave) has been tapped to develop it into a series format and set it up.

Steinberg will be Executive Producer along with Hollywood Gang’s Gianni Nunari and Solipsist’s Stephen L’Heureux. 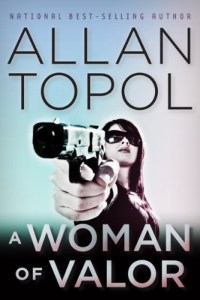 The series will focus on the tale of Leora Baruch, who was recruited as a child and trained for a lifetime of vengeance as a deep cover member of M-18–Israel’s feared anti-terrorist force. Topol has penned 22 thriller novels all residing in an interconnect spy universe with characters that cross agencies, countries and timelines with geopolitical intrigue, including Spy Dance, Dark Ambition, Conspiracy and Enemy Of My Enemy. Topol is represented at The Lichtman Group.