Hit comic ‘The Sandman’ is finally a Netflix show: review “The Sandman” is a high-concept fantasy show with venerated source material — so the TV adaptation could easily have been disastrous.

The series admirably sets up this complex world in a way that doesn’t feel hard to follow, or like too much information, with made-up magical terms, is being thrown at us at once — a feat that escapes many other sci-fi and fantasy shows.

Now streaming on Netflix, “The Sandman” is based on the cult hit DC comics by Neil Gaiman, first published from 1989-1996. This is the story’s first time onscreen, although Hollywood has been trying to make it for decades, so it’s a long time coming.

(Various adaptations have floundered in development hell over the years, including an abandoned film project that was set to star Joseph Gordon-Levitt. Small-screen versions at HBO and Fox were also in talks, but never came to fruition.) 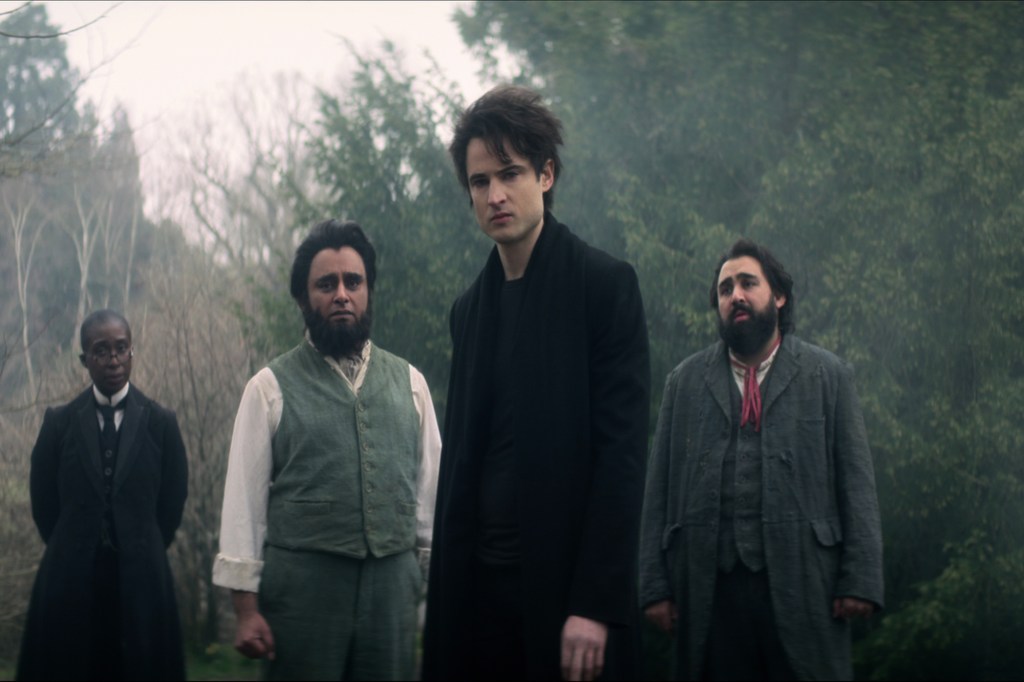 Vivienne Acheampong as Lucienne, Sanjeev Bhaskar as Cain, Tom Sturridge as Dream, Asim Chaudhry as Abel in “The Sandman.” COURTESY OF NETFLIX

The plot follows Dream, aka Morpheus (Tom Sturridge, “Sweetbitter”), who is one of the Endless, which are essentially deities (others members of the Endless, who he calls his “siblings,” include Death, Despair, and Desire; all human-looking figures who have a godlike control over these qualities among the larger populace). Dream controls the realm of dreams, shown onscreen as a lush green land with an ornate palace. But soon into the first episode, in 1916 London, Dream is captured in an occult ritual.

Wealthy Londoner Roderick Burgess (Charles Dance, “Game of Thrones”) is grieving his dead son, and he’s trying to summon Death to demand his son’s return. He accidentally summons Dream instead, but traps him and refuses to let him go, convinced that Dream might be able to still return his son (and, Burgess is also afraid that Dream will kill him if he’s freed). 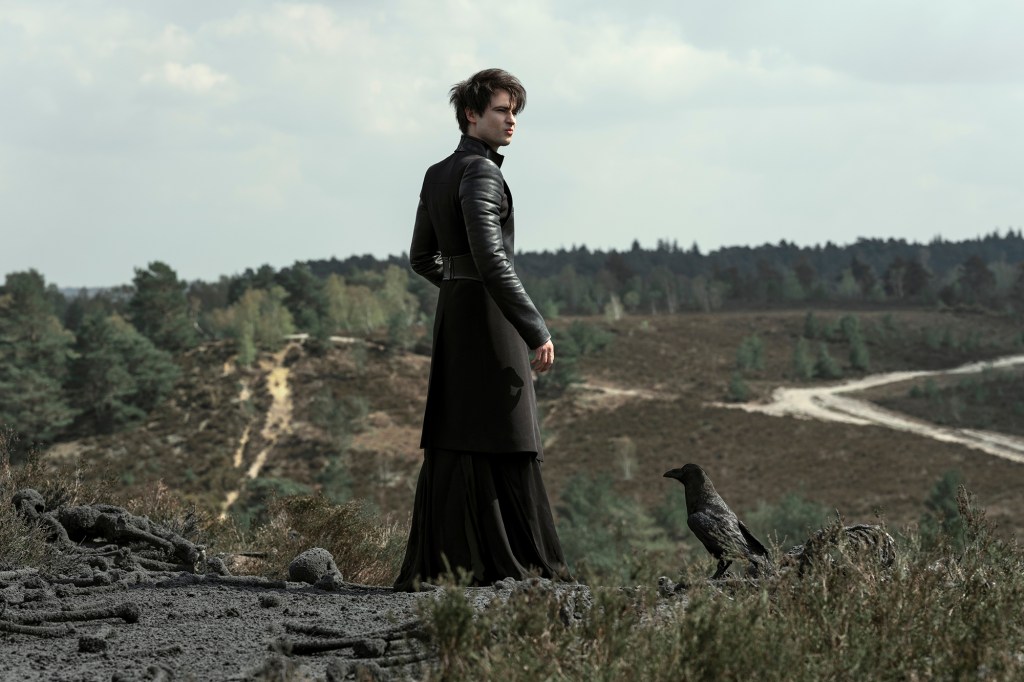 Tom Sturridge as Dream stands in his kingdom of dreams in “The Sandman.” LAURENCE CENDROWICZ/NETFLIX 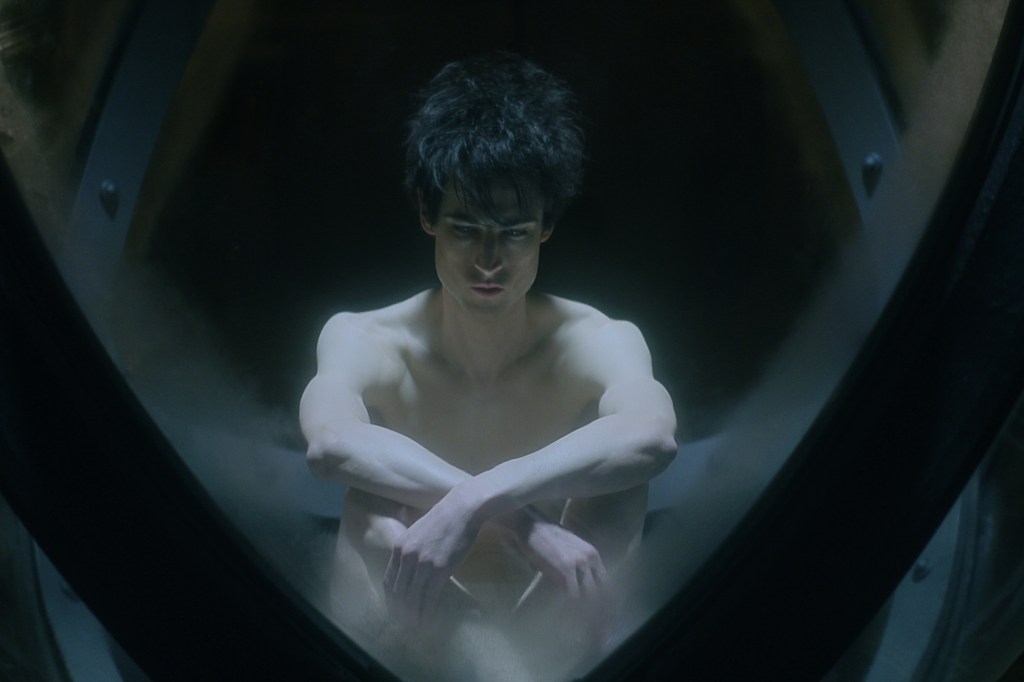 Dream (Tom Sturridge) in his prison, which he’s in for 106 years. COURTESY OF NETFLIX

Dream remains imprisoned in Burgess’ mansion for 106 years, until he escapes. When he sees that his realm and castle have fallen to ruin in his absence, and its denizens — which include nightmares, who often resemble regular humans — have left, he sets out to return them and restore his “Kingdom of the dreaming,” as he calls it.

Along the way, he must beware the swaggering baddie Corinthian (Boyd Holbrook, “Logan”), one of his nightmares who resents being beholden to him, so he has a vested interest in stripping Dream of his powers. The star-studded cast also includes Gwendoline Christie as Lucifer and Stephen Fry. 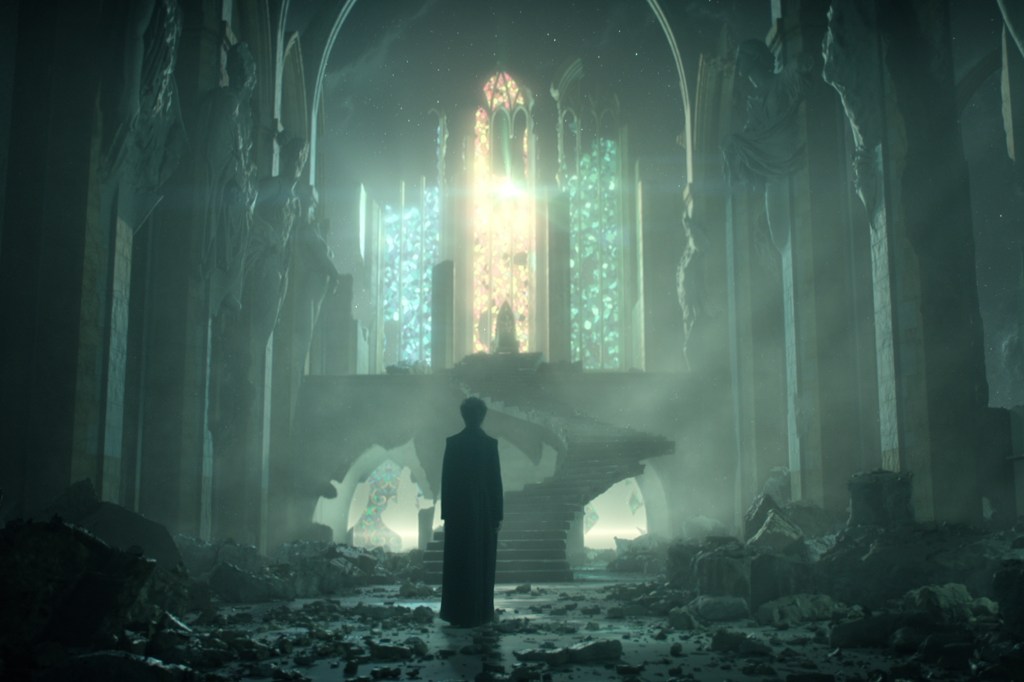 Dream (Tom Sturridge) surveys his castle in ruins after his escape from prison. COURTESY OF NETFLIX 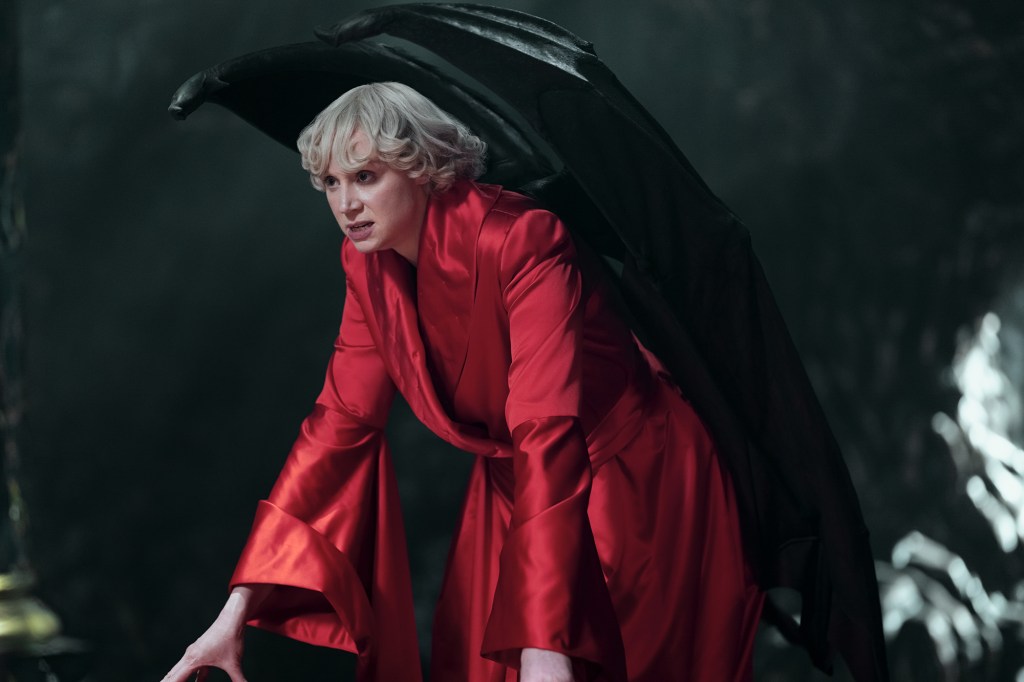 Gwendoline Christie as Lucifer in “The Sandman.” LAURENCE CENDROWICZ/NETFLIX 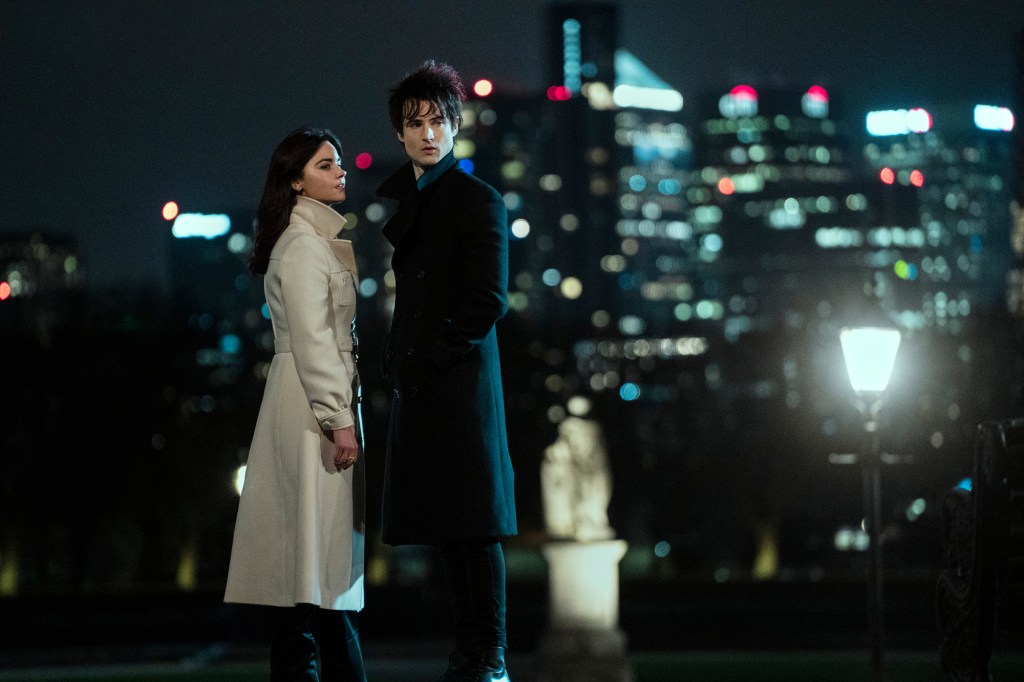 It sounds like a lot to take in, but “The Sandman” neatly avoids many genre show pitfalls. While at times its premise and worldbuilding do feel a bit murky, for the most part, it’s even less confusing for a layman to get into than other sprawling similar shows such as “Westworld” or “The Witcher.”

Through a combination of voiceover, and a first episode that doesn’t rush the story, “The Sandman” lays out its premise and complicated world in a way that’s whimsical yet also straightforward.

The visuals are nice, too. It’s urban fantasy more than epic fantasy — many scenes are set in the modern-day real world full of regular apartments and cityscapes — but there are also trippy interludes in more fantastical realms, similar to the FX series “Legion” or series including “Buffy the Vampire Slayer” and “Supernatural.”

Fans of the source material will doubtlessly find areas to nitpick, but for the average viewer, “The Sandman” is a dazzling and imaginative show.