Hannah Dodd seen on ‘Bridgerton’ set: All we know about Season 3 so far “Bridgerton” fans have something to salivate over as they wait for Season 3 to drop next year.

New set photos of the cast in full-on period costumes have been released, showing the stars filming scenes in South London earlier this week.

Dodd, 27, was announced to take over the role of Francesca Bridgerton from young actress Ruby Stokes — the sixth-oldest Bridgerton sibling.

Stokes, 21, played Francesca in Seasons 1 and 2 and left the romance series to lead the show “Lockwood & Co.”

Dodd opened up about her new role, telling Page Six at the ATX TV Festival in June: “Francesca’s book is like a complete mix of the both [steamy and tortured].” 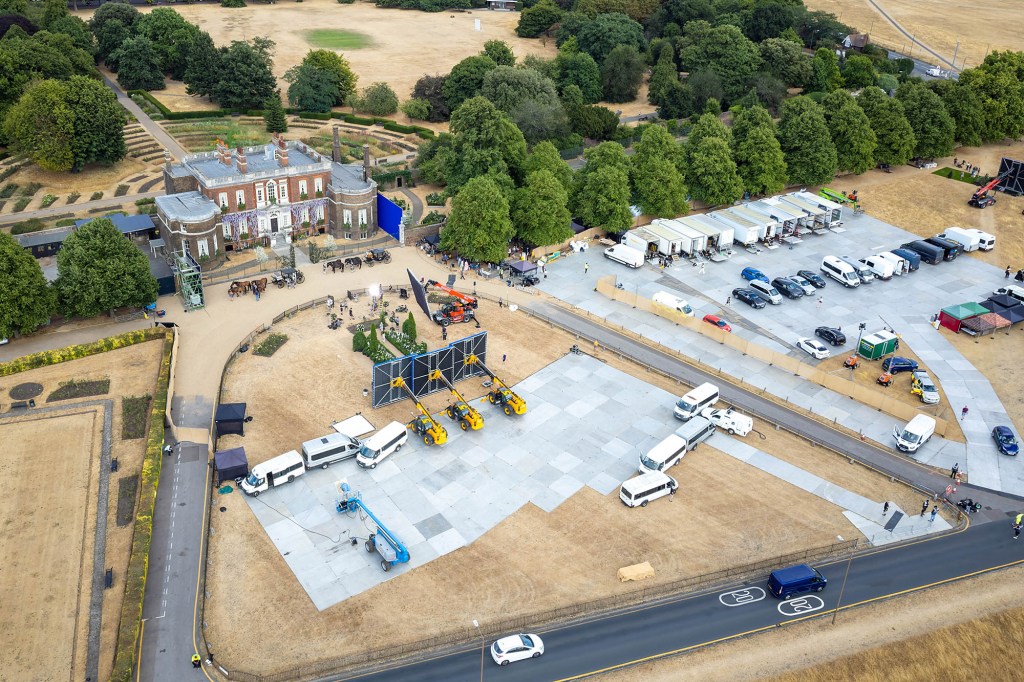 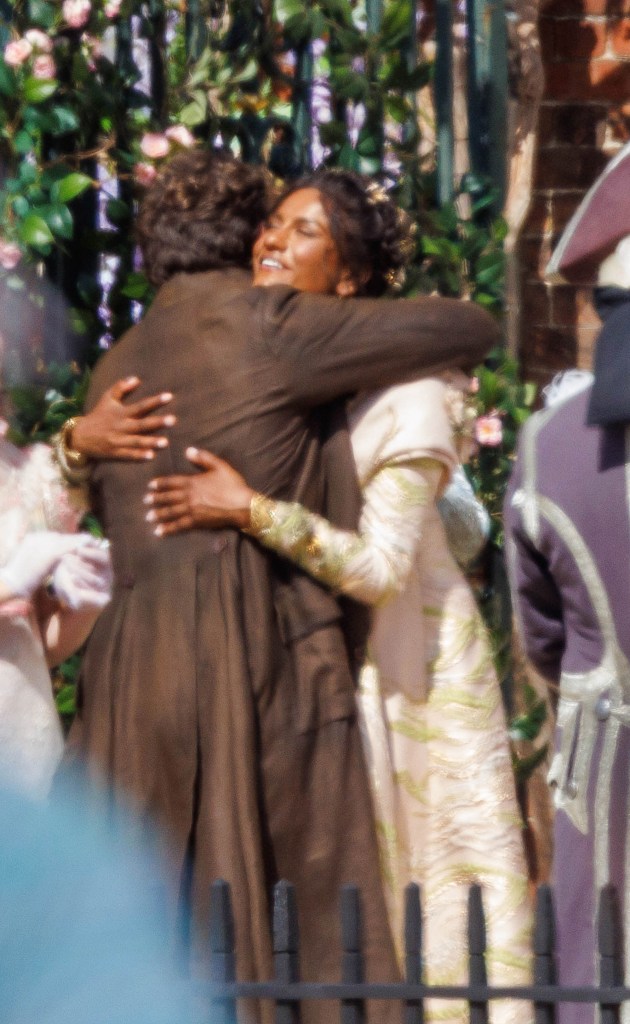 “I’m, like, a massive fan of ‘Bridgerton,’ so I’m like, ‘Bring on the steaminess,’ but then I’m like, ‘I don’t want to do that.’ I want it for the people who watch it, but to actually do it is quite scary,” she gushed.

The “Flowers in the Attic: The Origin” star also revealed that she’s prepared to film the show this summer, however, she may not be ready for the fame that comes with being on a Netflix series as popular as “Bridgerton.” 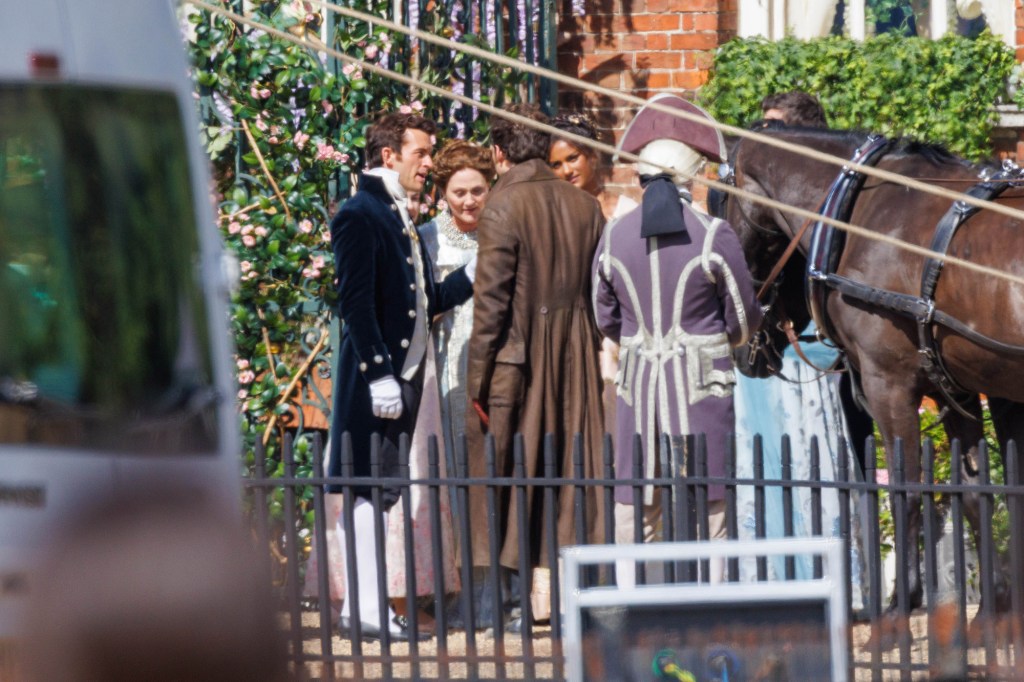 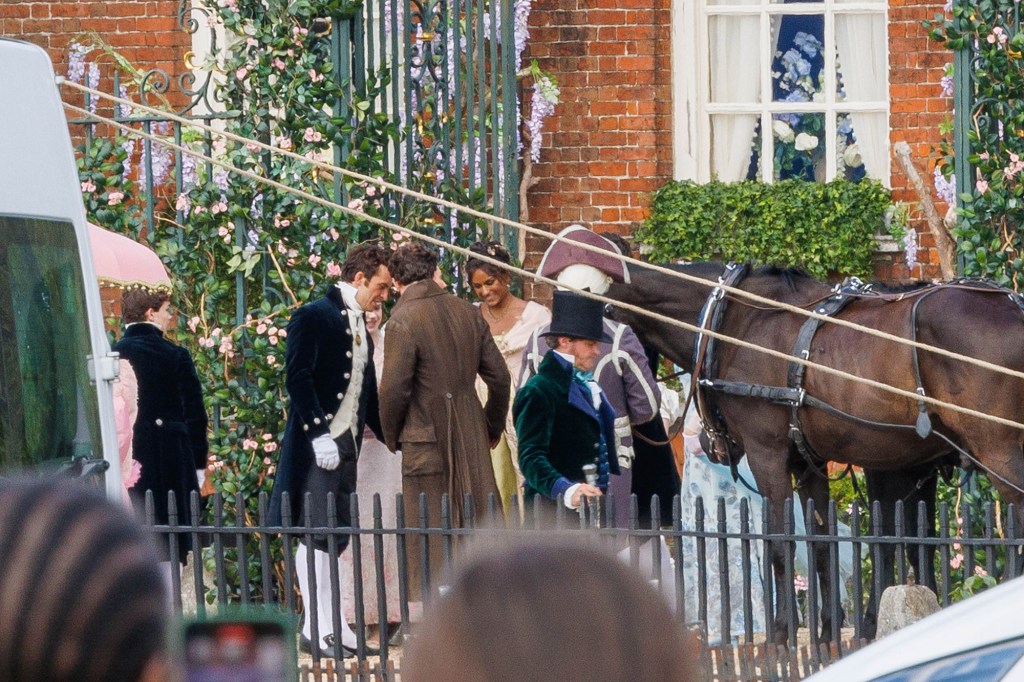 “I knew it was a big deal, it was a massive deal for me, but the day the announcement came out, I wasn’t expecting that,” she said. Her casting was reported this past May.

“Weirdly, the pilot recognized me on our flight from London [to ATX TV Festival], which is really bizarre,” she said, adding, “I just go red. I can’t deal with it. I don’t know what to say. I don’t know how to handle those situations.” 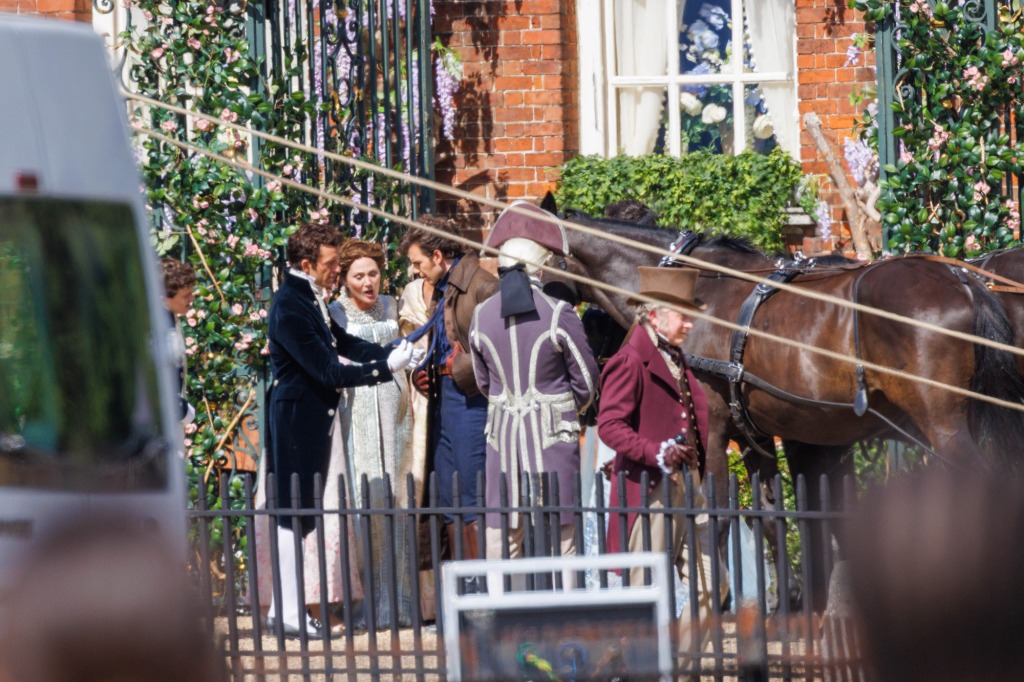 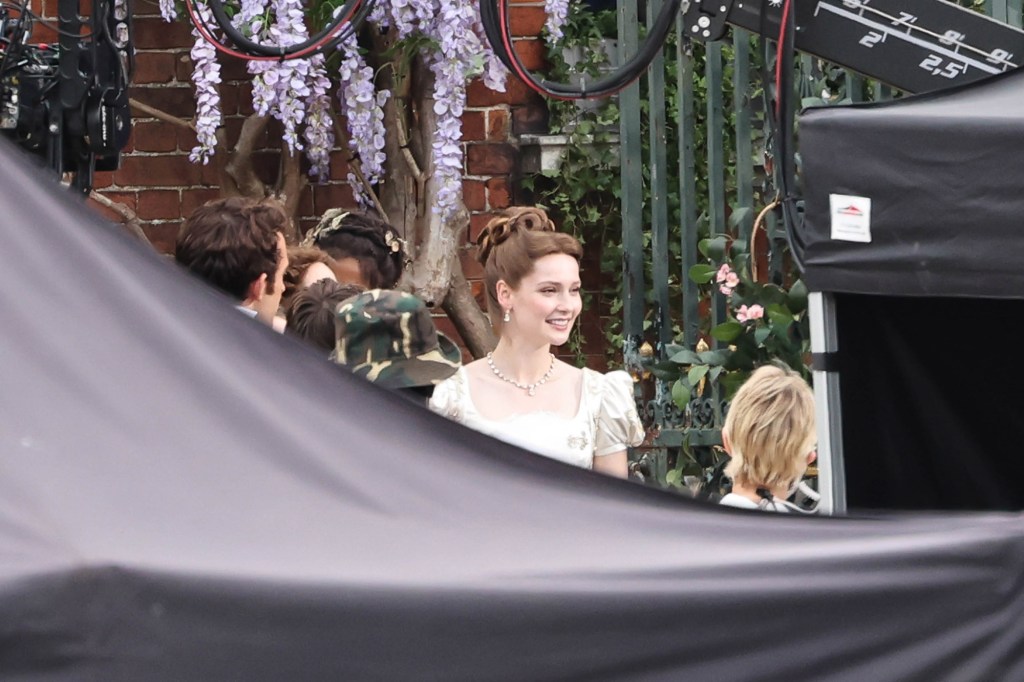 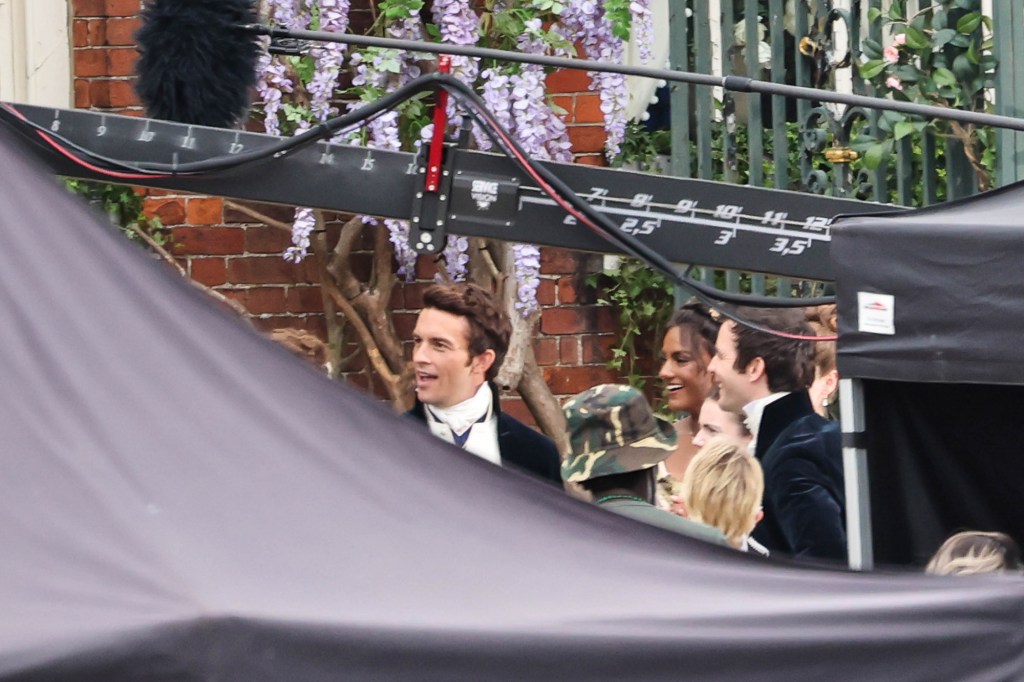 Bailey is reprising his role as Lord Anthony Bridgerton in Season 3.HowesImages-Dean-Click News And Media

Netflix said in a statement at the time: “Francesca Bridgerton is a bit of a mystery within her chatty, extroverted family. Despite her reserved nature, she goes along to get along when it comes to society affairs, fortified with a dry wit and pragmatism that confound the fickle ton yet seem to draw attention when she least desires it.”

Other new actors added to the “Bridgerton” mix next season include Daniel Francis, Sam Phillips and James Phoon. 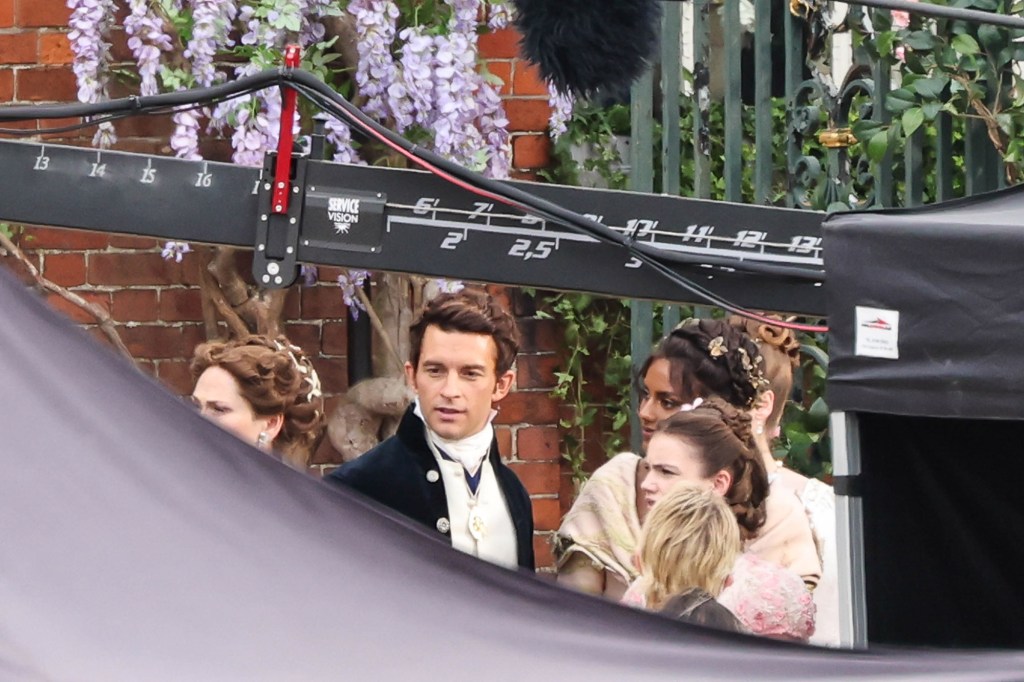 Ashley and Bailey wait for direction during filming on the hot August day.HowesImages-Dean-Click News And Media 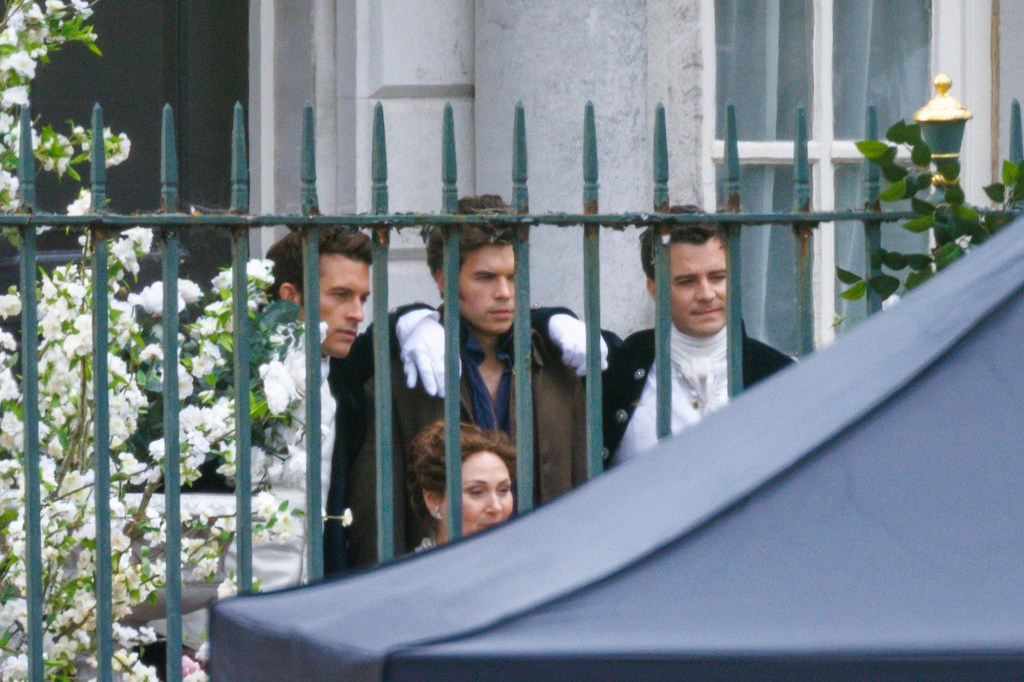 The storyline is a big departure from the books — written by Julia Quinn — as Benedict Bridgerton (Thompson) was set to be the next brother in line to fall into the hands of romance.

Coughlan, 35 — who also portrays the anonymous gossip writer of “the Ton” Lady Whistledown — revealed that her character will be next to find her one true love during an appearance at Netflix’s FYSEE TV panel in May. 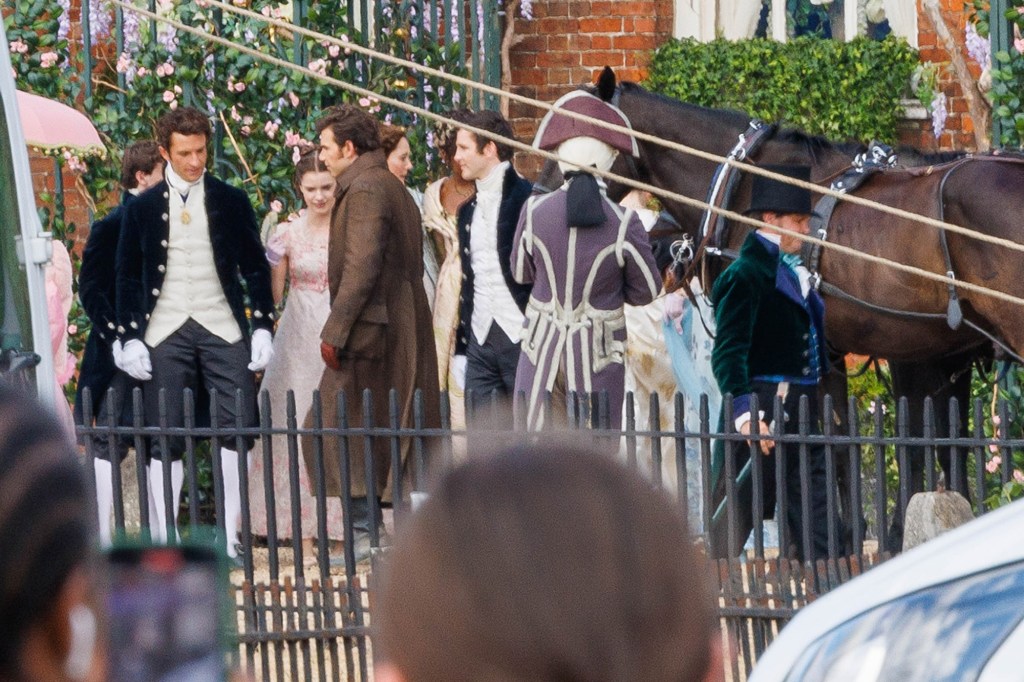 “Bridgerton” is set to debut its third season in 2023.HowesImages-Dean-Click News And Media

“Like Lady Whistledown, I have been keeping a secret for quite some time, and I can confirm to you all that Season 3 is Colin and Penelope’s love story,” the Irish actress said. “I have kept that secret since two weeks into Season 2. This is the first time I am saying it here.”

As fans know, Penelope has held a torch for Colin for a while and ran off bawling in the Season 2 finale when she overheard him saying he would never marry her. 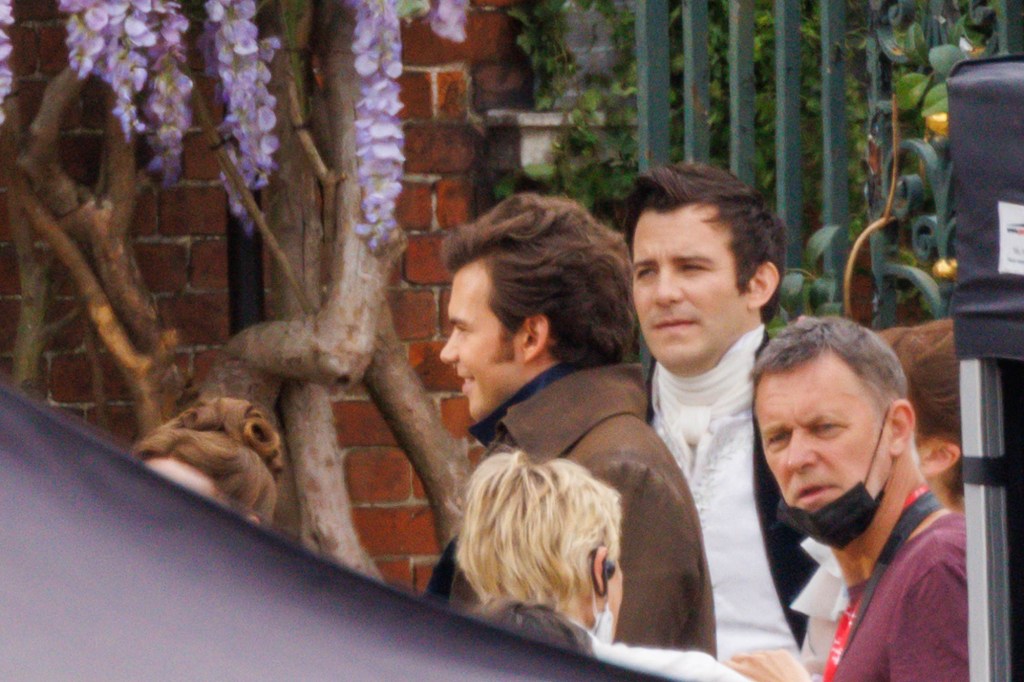 Newton and Thompson stared quizzically at their cast as they shot scenes.HowesImages-Dean-Click News And Media

“If they are eventually going to end up together, she’s got to stop idolizing him so much,” the “Derry Girls” star explained to TV Insider in April. “She thinks he’s perfect. He cannot do any wrong in her eyes. So, she has to start seeing him as a real human being and not this perfect boy. The playing field definitely needs to level for the two of them ever to have a relationship. Well, let’s hope that’s going to happen.” 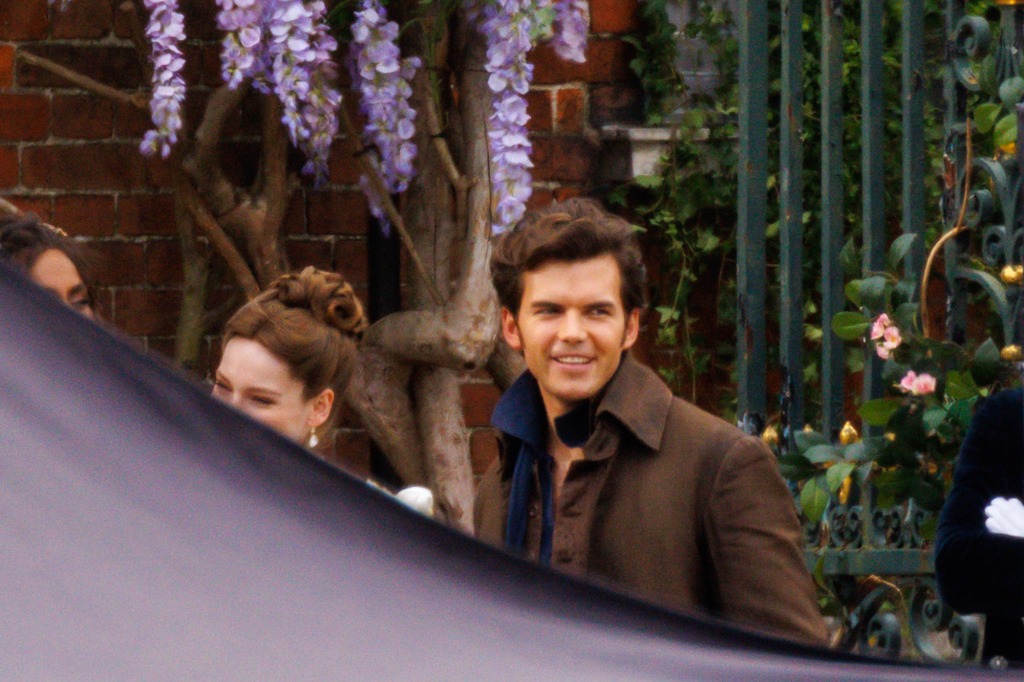 Newton’s character Colin Bridgerton is at the center of the upcoming season, featuring the love story between him and Penelope Featherington.HowesImages-Dean-Click News And Media

The Regency-era drama shared a fun behind-the-scenes video of the cast in hair and makeup on their Instagram account on July 20, marking the beginning of production.

“I spy the makings of a new social season. By the looks of things, it would seem the third installment of ‘Bridgerton’ is officially underway,” the show’s official account penned. 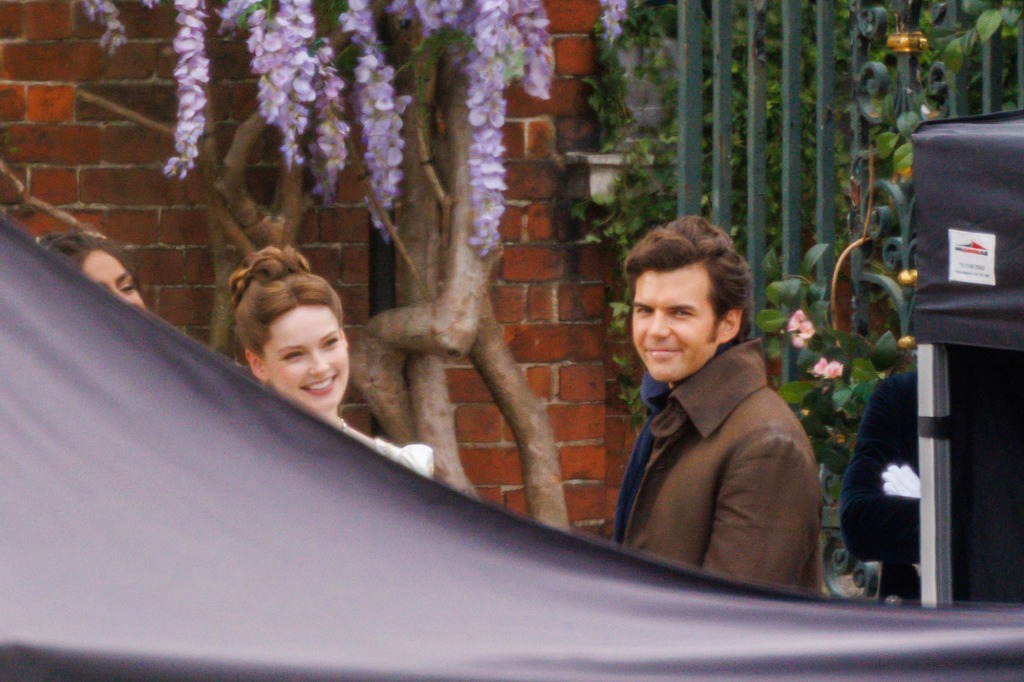 Dodd and Newton share a laugh on set.HowesImages-Dean-Click News And Media

Season 1 star Regé-Jean Page will not be back for Season 3. He portrayed Simon Basset, the Duke of Hastings and Daphne Bridgerton’s husband.

Page, 34, gave his approval for the show’s producer Shonda Rhimes to recast his role in future seasons. 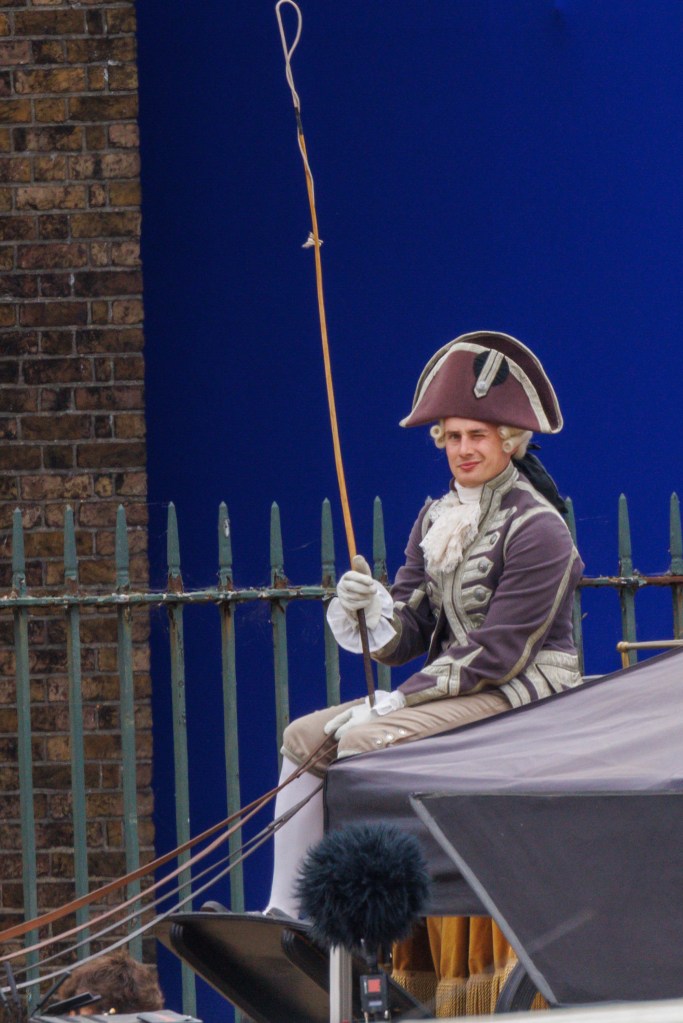 A footman makes a funny face in front of a blue screen during production.HowesImages-Dean-Click News And Media 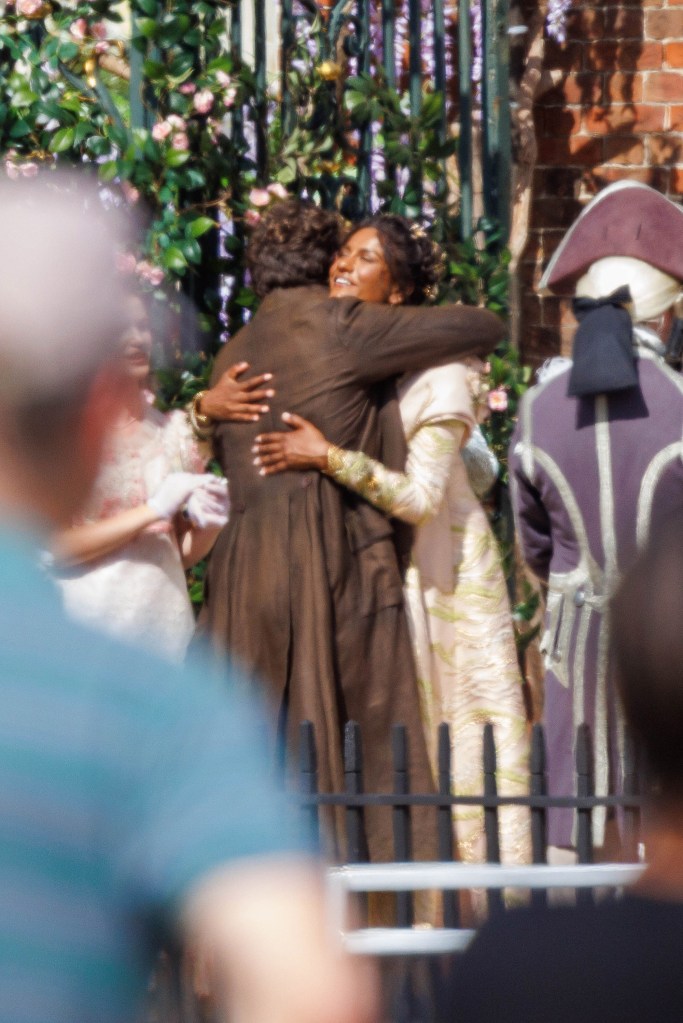 Ashley returns to “Bridgerton” as the wife and love of Anthony Bridgerton. HowesImages-Dean-Click News And Media

“They’re free to do as they like,” the “Roots” actor told Variety at the premiere of his new action film “The Gray Man” on July 15.

“Shonda and I had a wonderful conversation at the end of Season 1,” he said. “We were quite happy with how we stuck the landing on that one.”

The third season will debut on Netflix sometime in 2023.

hannah bridgerton about season
Read The Rest at
nypost.com