It quickly became obvious that the NFL game will not be too big for Wan’Dale Robinson.

On Thursday night at Gillette Stadium, when he joyously wears his New York Giants No. 17 in the preseason opener against the Patriots, there will be no doubt in his mind that he is not too small for the NFL game.

“It’s just the moment that I’ve been waiting for my whole life,” Robinson told The Post, “and just to see it all come to life, it’ll be pretty special.”

For mom and dad as well.

“I’ll be a nervous wreck. And honestly, I may have to record it, and not watch it,” his mother, Victoria Davis, told The Post with a laugh.

Robinson was the third draft choice of the Joe Schoen-Brian Daboll regime, following Kayvon Thibodeaux and Evan Neal, and all of them appear to be upholding its smart, tough, dependable mantra.

It looks very much as if Robinson can be a quarterback’s best friend, and Daniel Jones needs as many best friends as he can find as he ramps up a last-gasp fight for his Giants career. 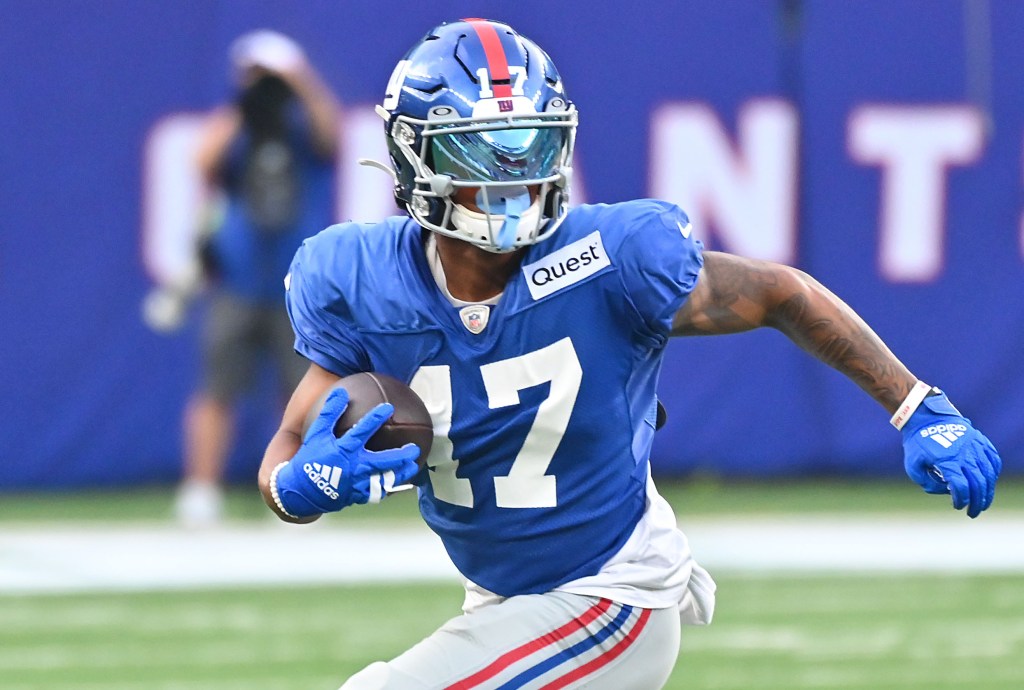 “From the moment I started playing,” Robinson said, “I’ve always been around older guys, bigger guys. That was just always kinda instilled in me: You’re gonna be one of the smaller ones but at the end of the day that didn’t mean that you can’t play football and you can’t be really good at it.”

Robinson doesn’t see 5-foot-8 when he looks in the mirror. He sees a Giant.

“I’m the best whenever I step out there,” he said. “That’s not a cocky thing. That’s just been the confidence thing that my dad instilled in me when I started playing when I was 5, and every time I’ve stepped out on the field since then it’s always been the same mindset.”

His father, Dale Robinson, talked about a game they used to call Pitchup Tackle in a Frankfort, Ky., park.

“He has a cousin that at this time was maybe already like 5-10 or something like that,” Dale said. “If you throw the ball, the other guy gets the ball, you gotta tackle him with the ball. So Wan’Dale’s like real itty bitty, but Wan’Dale did not care, he was gonna tackle that man no matter what. Like he did not care how big he was, he was gonna make sure that he tackled him.”

He did not care how big the eighth-graders were when he played with them as a seventh-grader, either.

Said Victoria: “He was always the smallest, like he is now. But he never let that stop him.” 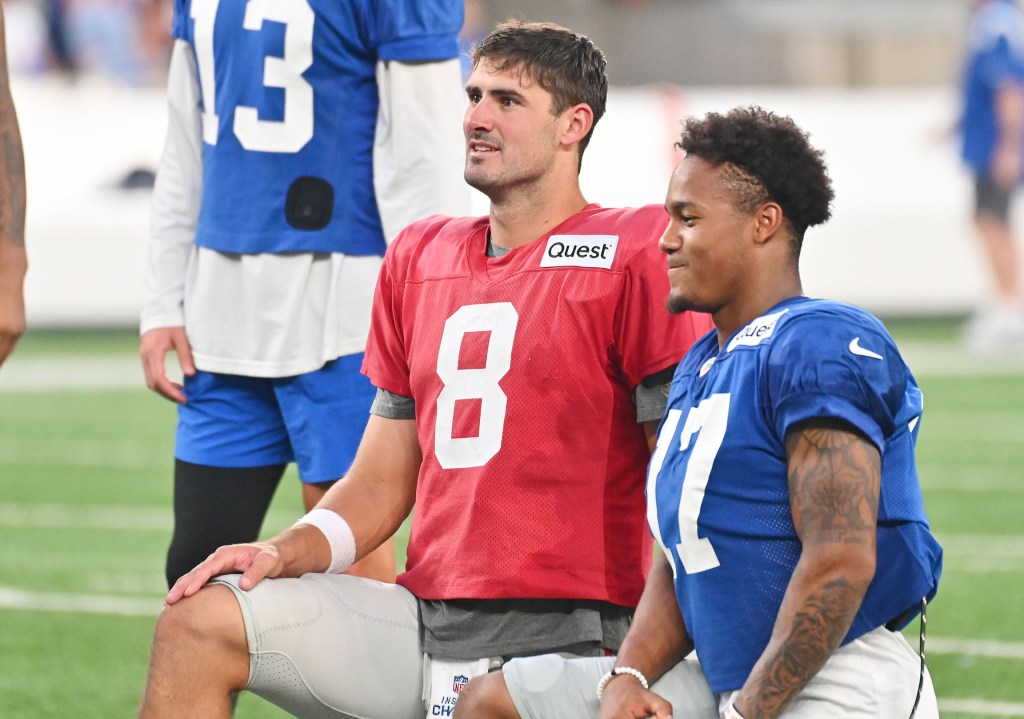 “As a child I never had any fears,” Wan’Dale Robinson said. “Before I started playing, just jumping all over the couch and jumping on things and running into walls. So I guess it’s just kinda always been in me. My dad likes to say it’s a Robinson thing. My little sister’s the exact same way right now, she’s 2 … just had no fear of anything and will go and run and do whatever.”

“If you go back and look at me through high school, I played a lot of defense,” Robinson said. “That’s one thing that I have no problem with is being hit or hitting people.”

Victoria recalls him in the local youth leagues playing for teams called the Bengals and Jets.

“When he started playing in Frankfort, I used to run up and down with him,” she said.

The Giants drafted her son to make magic with the ball in his hands, just as the previous regime had drafted Kadarius Toney a year earlier.

“I think they both have really good short-area quickness,” receivers coach Mike Groh told The Post. “They have the strong lower body. Really tough with the ball, and they can make guys miss in a short area, or get themselves open in a short area. And you can’t have enough of those kind of guys.” 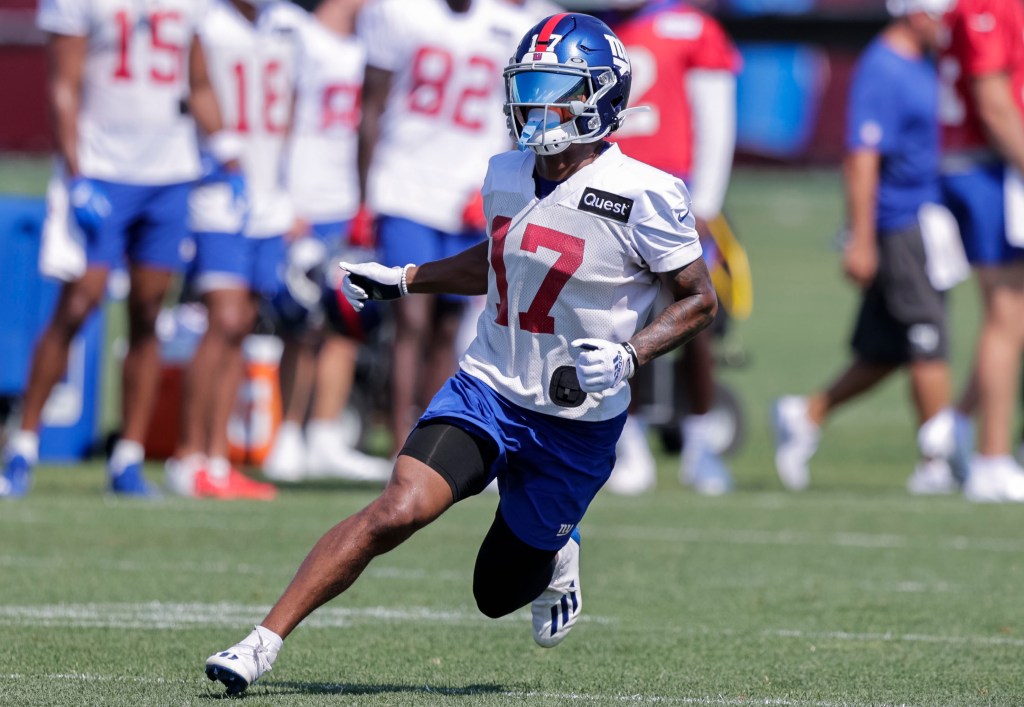 Said Robinson: “We definitely have different styles. KT, he moves his body in just certain ways that not a lot of people can, even ways that I feel like I can’t do. He just has that way of just moving his body, just being able to make people miss and things like that, as to where I think I’m just kinda like that one hard stick and can stop just right there on a dime and can change whatever way I need to go, which I feel like he can do those things as well, too.”

Robinson, who started his college career at Nebraska before playing at Kentucky last year, was more of a running back with the Cornhuskers, then more of a receiver with the Wildcats.

“Whatever Coach Daboll and Coach Kaf [Mike Kafka] ask me to do, I’ll be more than willing to do it and I definitely will be able to it,” he said.

Some so-called draft experts wondered whether the Giants reached for him with the 43rd pick.

“At the end of the day that’s their opinion,” Robinson said, “they’re entitled to that. That’s not my job to get into all that and think about what everybody else thinks. I know that Coach Daboll and Schoen, they believed in me, so I just want to make sure that I made them right, and make sure that I’m successful.”