The introduction came Friday at the Giants’ practice facility, as one overachieving NFL inside linebacker met what might be considered a younger version of himself, in some ways.

“Obviously everybody wants to play, but I want to be a starter and perform at a high level in this league,’’ McFadden told The Post on Saturday after the second rookie minicamp practice. “That’s definitely someone I would look up to, and I’m excited to learn from a guy like that.’’

George Young, the Hall of Fame former Giants general manager, used to say there is no such thing as reincarnation when it comes to scouting — one player is not reborn in another player. It was his way of refraining from making comparisons, as he was not a fan of the popular game of, “Who does this guy remind you of?’’

In deference to Young, McFadden, a three-year starter at Indiana and a member of the Giants’ 11-man 2022 draft class, is not the second coming of Martinez, the returning starting inside linebacker and defensive signal-caller. They are not the exact same player, but there are similarities that are undeniable. 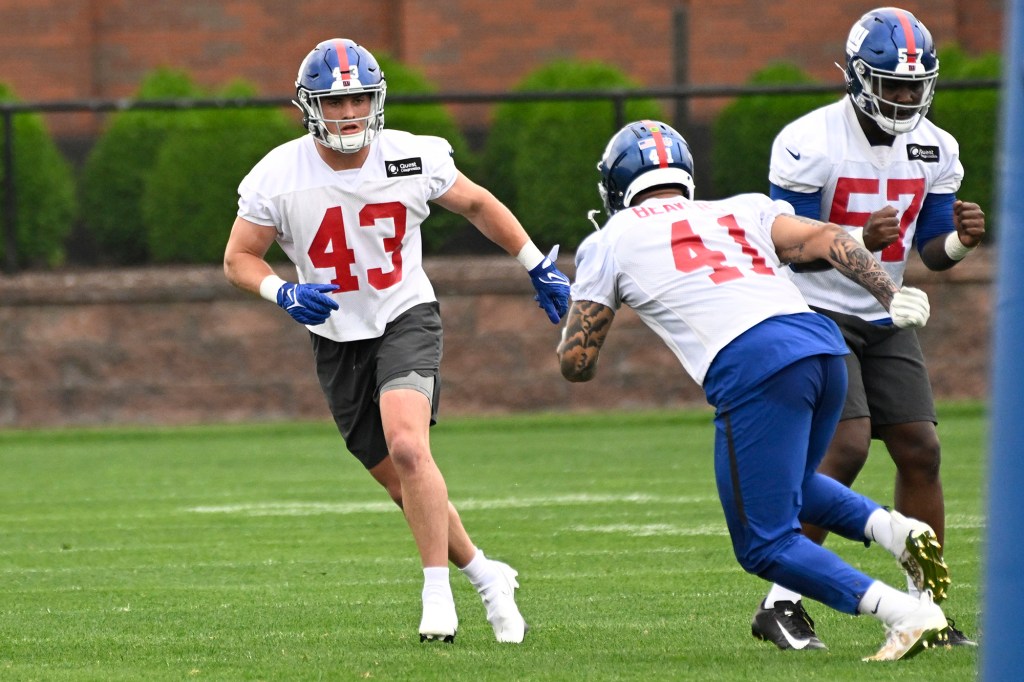 Martinez was taken in the fourth round by the Packers in the 2014 draft, with overall pick No. 131. McFadden was selected by the Giants in the fifth round at pick No. 146.

When Martinez was entering the draft out of Stanford, he was viewed as a mid-round prospect. He was considered an old-fashioned run-stopper and not the new-age quicker, twitchier linebackers the league seemingly coveted. Borderline speed, below-average lateral quickness, average awareness dropping into coverage.

Eight years later, McFadden’s profile, according to scouts, is somewhat similar. Not great range outside of a confined space. Not great agility dropping into coverage. A bit undersized.

Martinez coming out of college (and now) was listed at 6-foot-2 and 237 pounds. McFadden is 6-1, 240, a bit shorter but bulkier than Martinez. Martinez put up 22 reps on the bench press at the scouting combine, McFadden 21.

This is not a connect-the-dots exercise to lead to the assumption that McFadden can turn out to be another Martinez. Stranger things have happened, though.

“I think everybody plays different but definitely somebody I can learn from and use what he’s learned in the league and how he plays to implement in my game as well,’’ McFadden said.

The Giants were attracted to McFadden because he showed plenty of versatility with the Hoosiers. As a two-time team captain, he had 58 tackles (10.5 for loss) and six sacks in 2021 and 77 tackles (15.5 for loss) and 6.5 sacks last season. There is an athletic skill set to explore as a pass rusher, something new defensive coordinator Wink Martindale is quite fond of in his interior linebackers. 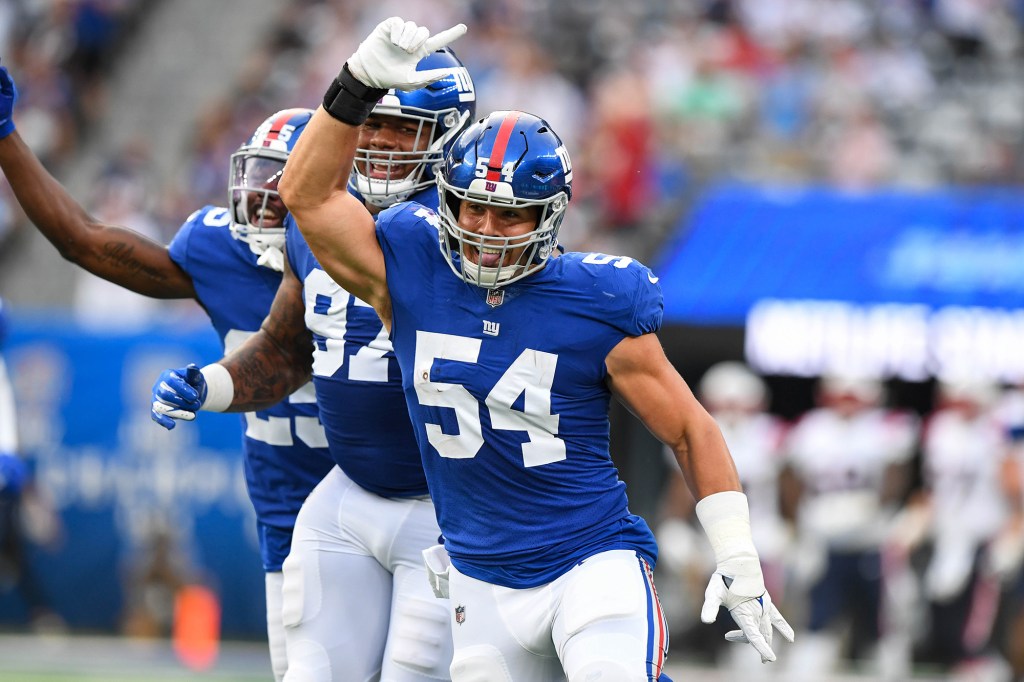 “Another guy with very good size, speed,’’ general manager Joe Schoen said. “He was a captain, he’s athletic. I think he’ll help us out. He can play inside, outside, and he’s a good blitzer as well. Another versatile piece.’’

It did not take long for Martinez to gain a foothold with the Packers, starting nine games as a rookie then all 16 regular-season games the next three years in Green Bay before signing a three-year, $30 million contract with the Giants and starting all 16 games in 2020. He only made it out healthy in the first two games last season before tearing his ACL in Week 3.

The depth chart at inside linebacker is not daunting. There is Tae Crowder, the last player picked in the entire 2020 draft, as a returning starter for the previous coaching staff. Carter Coughlin, a reserve thus far in his career, enters his third year. McFadden should find an immediate role on special teams, which he described as “10 out of 10’’ in terms of what he enjoys and believes he excels at on the field. 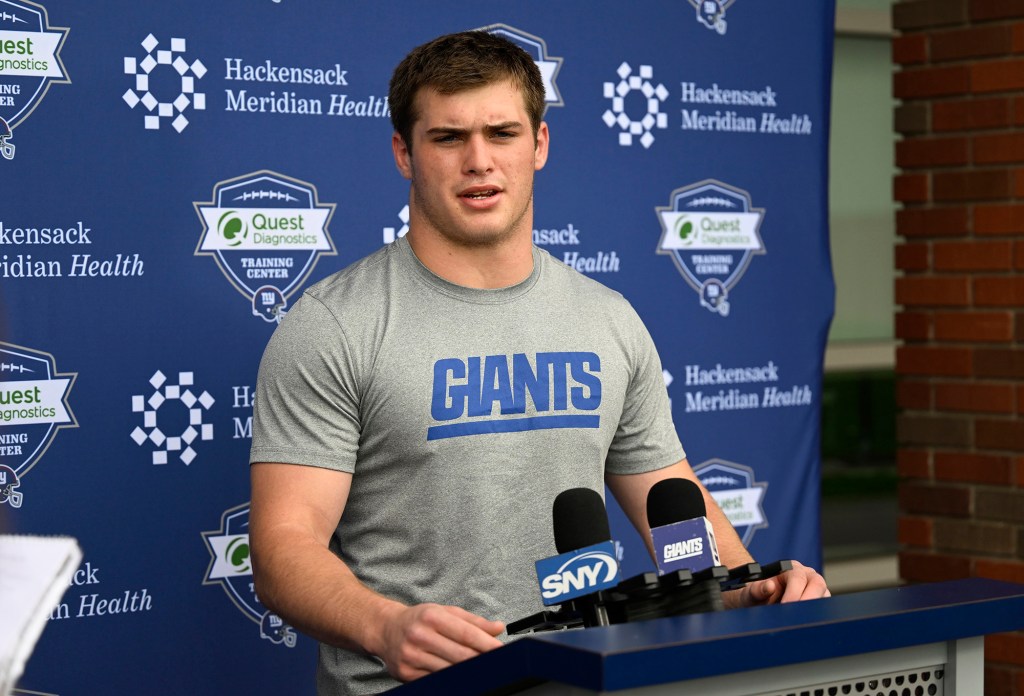 McFadden agrees with the label that he is a late bloomer. His involvement in football began when he was 6 years old but he admitted, “I just wasn’t good at it.’’ He did not start as a freshman on the junior varsity team and did not become a key member of the defense until his junior year. Coming out of Plant High School in Tampa, he received just six college offers. Indiana was one of only two Power 5 programs to offer him a scholarship.

“I was kind of overlooked at an early age,’’ McFadden said. “I think it just puts a chip on your shoulder. You want to get better, everybody wants to play, being overlooked like that makes you want to play even more and it makes you go harder.’’

There is a roster spot awaiting McFadden and, perhaps, a job on defense alongside Martinez.