The Panthers cut kicker Ryan Santoso, who went 2-for-2 on field goals and 1-for-2 on PATs in Week 1.

The Giants had traded Santoso to the Panthers for a conditional seventh-round draft pick.

Because those conditions were not met, the pick was returned to the Panthers. Santoso is a candidate to rejoin the Giants practice squad. 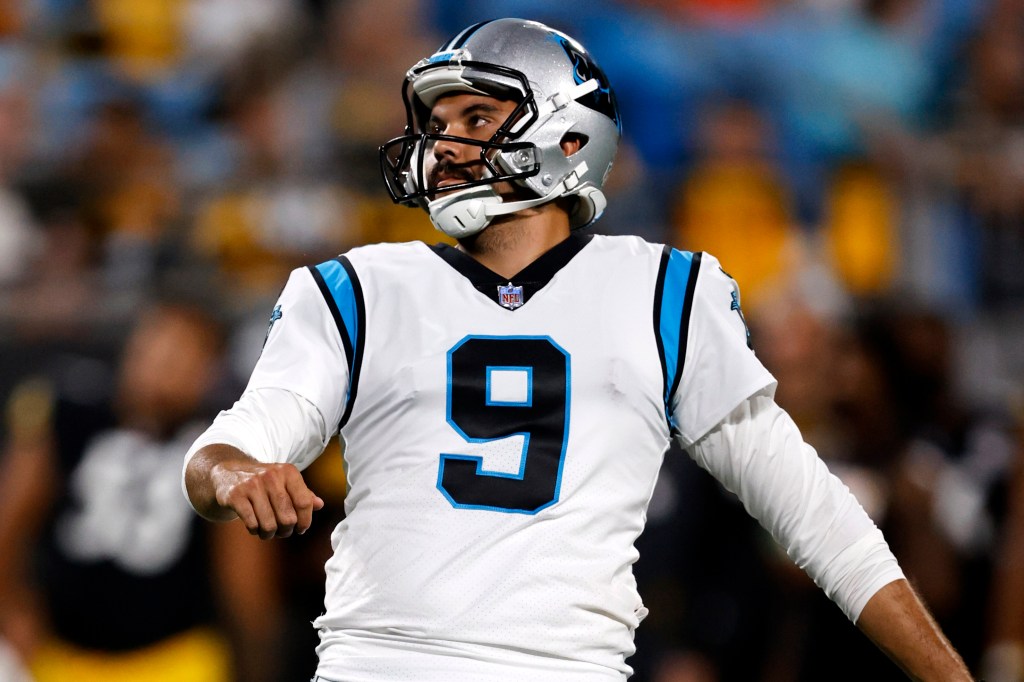 Ryan Santoso was released by the Panthers after Week 1.AP

Giants coach Joe Judge spoke highly of Santoso before the trade, saying he had a “tremendous camp” and was a “phenomenal kicker.” Santoso was not a threat to unseat Graham Gano as the Giants starting kicker.

The Panthers signed Zane Gonzalez off the Lions practice squad to replace Santoso. The one thing that surprised Tom Brady during...