Giants’ Kenny Golladay drops the ball after getting desired opportunity Kenny Golladay said all he wanted was an opportunity to make plays.

And, in one of the biggest moments of Monday night’s NFC clash with the hated rival Cowboys — a 23-16 Giants loss at MetLife Stadium — the controversial receiver got one.

And, consistent with the way his Giants career has gone since he was signed to that ball-and-chain $72 million contract, Golladay dropped the ball.

The Giants had just fallen behind the Cowboys 20-13 with 8:30 remaining in the game and they faced a critical third-and-12 from their own 22-yard line. Quarterback Daniel Jones put a pass right onto Golladay’s hands at about the 30-yard line with room to run for more yardage and perhaps gain the first down and keep the drive alive. 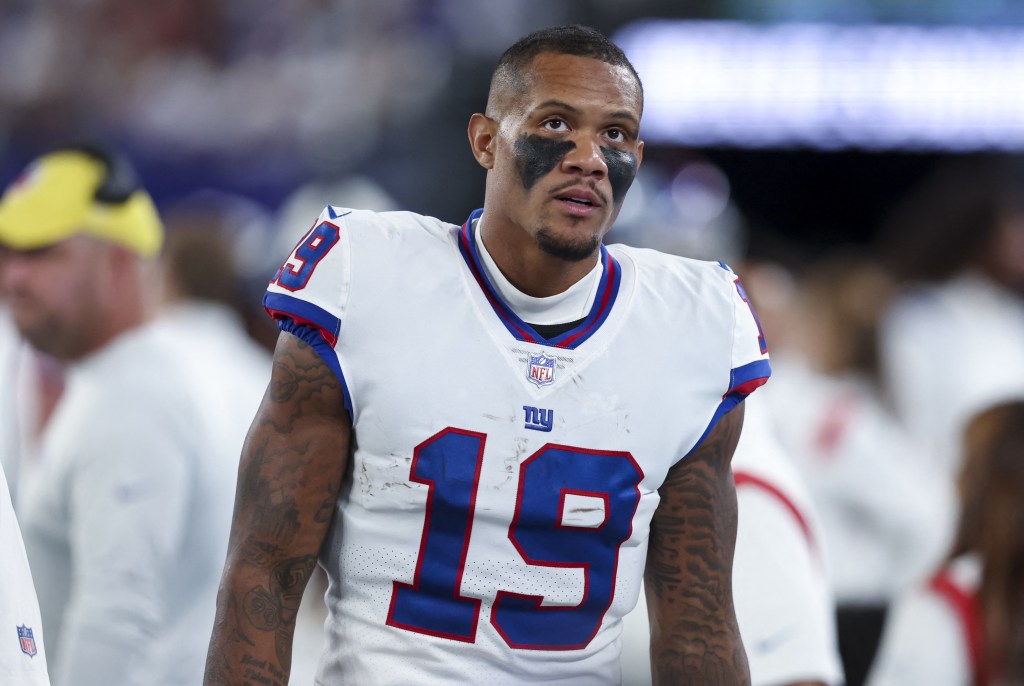 Kenny Golladay reacts during the second half of the Giants’ loss to the Cowboys. USA TODAY Sports

But Golladay, who has been an unwanted Giants story this season for how little he’s been playing despite his massive contract, didn’t look the ball into his hands and left it on the MetLife Stadium turf.

“I missed one opportunity, which I wish I had back,’’ Golladay said afterward. “Just not looking [the ball] in. I was trying to make a play for the team. Running before you secure the ball, that’s pretty much all that was. Stuff that can’t happen — especially when ‘8’ (Jones) is doing everything to get us the ball and put us in position to win the football game.

“I want to be a guy that can make that play, so I put that on myself. It was third down and that can’t happen.’’

Golladay drew headlines for having played only two snaps in the season opener against the Panthers and calling out the coaches for more playing time and opportunities. After Monday’s game, he didn’t want to make any excuses about his limited playing time having any effect on his drop.

“It’s very difficult,’’ he said. “I’m beating myself up about it. I definitely wish I could have it back. Whether you’re in rhythm or not, you’ve got to be locked in and be ready.’’

Golladay, who was the fourth receiver in the rotation on Monday despite the fact that Kadarius Toney didn’t play because of a hamstring injury, was also part of a key play late in the first half when he caught a pass for a 21-yard gain from Jones to put the Giants in field-goal range in the closing seconds. The Giants trailed 6-3 at the time. 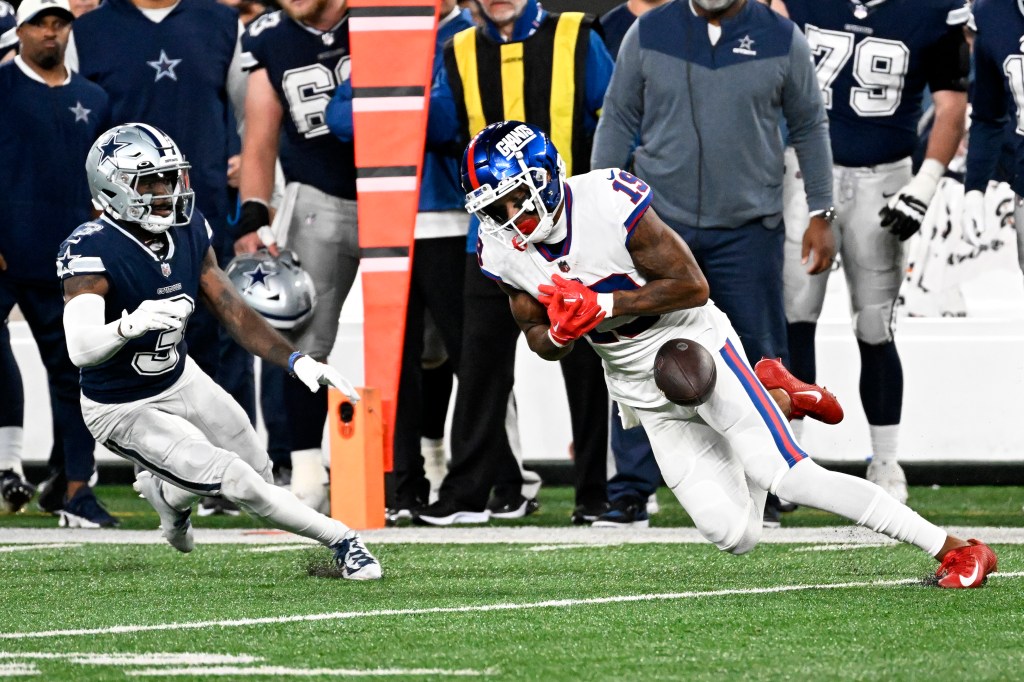 Kenny Golladay drops a pass during the Giants’ loss to the Cowboys. Bill Kostroun/New York Post

But the play, a third-and-13 from the Giants 42-yard line that put the ball at the Dallas 37, was nullified when receiver Sterling Shepard was called for a pass interference penalty that appeared on replay to be incidental contact with Cowboys cornerback Trevon Diggs while Shepard was running his route.

“That was huge,’’ Golladay said. “It would have put us in field-goal range. That was a bad call. I wish it didn’t happen, but stuff like that is going to happen and you’ve got to fight through it.’’

Late in the game, Shepard crumpled to the turf on the Giants’ final offensive play with an apparent non-contact knee injury. Golladay said he “choked up’’ when he saw Shepard go down.

“It definitely hurt me when I saw him go down and grab his knee,’’ Golladay said. “It still hurts. It almost choked me up a little bit, to be totally honest, because I’ve grown a relationship with him and I know how much he’s put in to coming back [from last season’s Achilles injury] and cares about it.’’

giants kenny golladay drops after getting desired opportunity
Read The Rest at
nypost.com