Maybe a new philosophy of preseason playing time will break the streak of miserable regular-season starts by the Giants.

“I anticipate all of our guys playing on Thursday,” in the preseason opener against the New England Patriots, first-year head coach Brian Daboll revealed Sunday, supposedly before even sharing his plan with the team. That means there will be no resting of healthy starters to safeguard against the possibility of injury — though sitting starters is the norm around the NFL these days.

“Everybody’s in new offensive and defensive systems here,” Daboll said. “I think that’s important to play football: to have live reps. How many reps that’s going to be, I can’t tell you right now. I think it’s going to be less for some and more for others, and each game will have a plan going into it.”

The NFL canceled preseason games in 2020 due to COVID-19 restrictions. When the exhibitions returned last season, then-Giants head coach Joe Judge erred on the side of caution and — just like his mentor Bill Belichick — viewed the first four regular-season games as an extended preseason ramp, which proved costly. 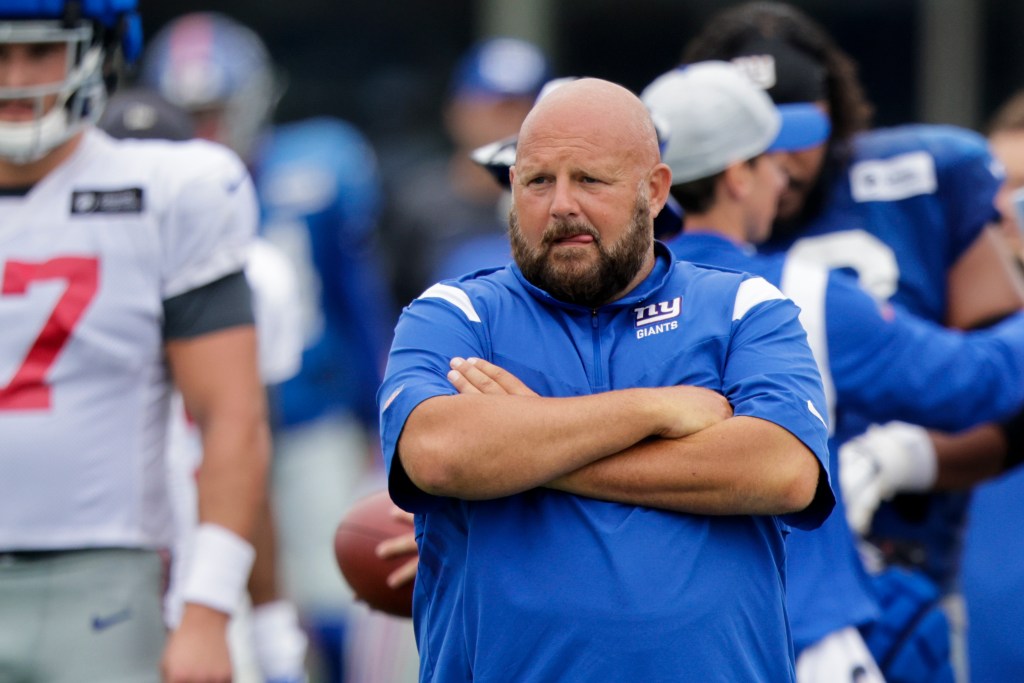 Running back Saquon Barkley has played one preseason game in his four-year career and quarterback Daniel Jones played one last season. Neither Kenny Golladay nor Kadarius Toney played last preseason, when both receivers were plagued by injury.

The Giants have started 0-2 in each of the last five seasons and are 7-30 in September and October during that span, under three different head coaches. The Buffalo Bills, with Daboll as offensive coordinator, finished October with a 5-2 record in each of the last three seasons.

How does a team start fast with less time to prepare in the era of no two-a-day practices and three preseason games instead of four?

“There’s more sports science. There’s more analytics involved,” Daboll said. “I’d say I learned a lot from my time at Buffalo, where they’ve gotten off to historically fast starts. Very healthy roster. I think coach [Sean] McDermott does a great job of getting them ready to go early, and at the end of the day it’s about the players … performing under pressure, and making the plays when they need to.”

One thing Daboll noticed during the intra-squad scrimmage Friday — when the Giants’ starters ran 34 plays in 45 minutes — was tired bodies and a need for better conditioning. During practice Sunday, the Giants drilled red-zone plays at one end of the field, sprinted to the other end and set up shop again with the same units.

“The intensity, the effort, the energy has been good,” Daboll said. “We’re just going to increase it a little bit relative to reps or extra conditioning.” 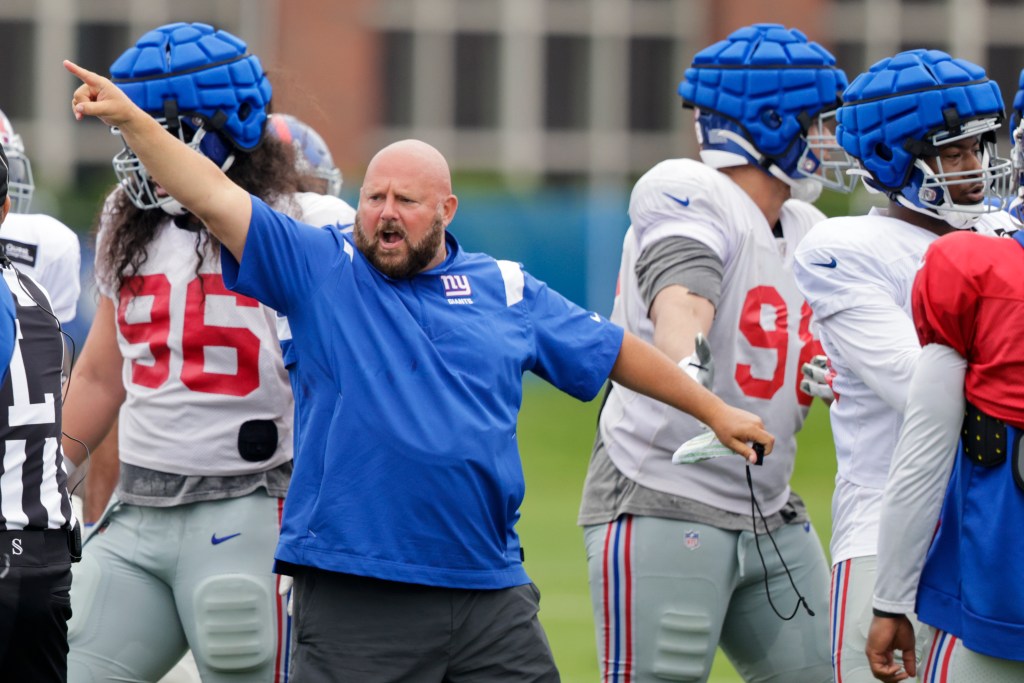 One year ago, Judge’s Giants were widely panned for putting too much emphasis on running as a penalty for practice mistakes. Long sprints always are toughest on linemen, several of whom looked gassed.

“I think we can be better,” center Jon Feliciano said when asked if players are in shape, “and we will be.”

Safety Xavier McKinney wears the helmet with the communication line to coaches for the starting defense.