This time last year, Aaron Robinson sat on the sidelines and watched Giants training camp go on without him as he dealt with a core muscle injury.

Training camp is a difficult time for any player to miss — serving as a vital ramp-up and acclimation to the rigors of NFL life. For a rookie cornerback, that rings especially true.

“Not being able to compete was hard,” Robinson told The Post this week. “That’s why we play this game, to compete. And also taking everything mentally, trying to learn a defense, but not being able to rep the defense.”

That added comfort is crucial, both for Robinson and the fate of this year’s Giants defense. Robinson is poised to start at cornerback — flanking Adoree’ Jackson and replacing James Bradberry, who was released in May in a cost-cutting maneuver. Those are sizable shoes to fill, considering Bradberry’s status as one of the game’s more productive defensive backs. 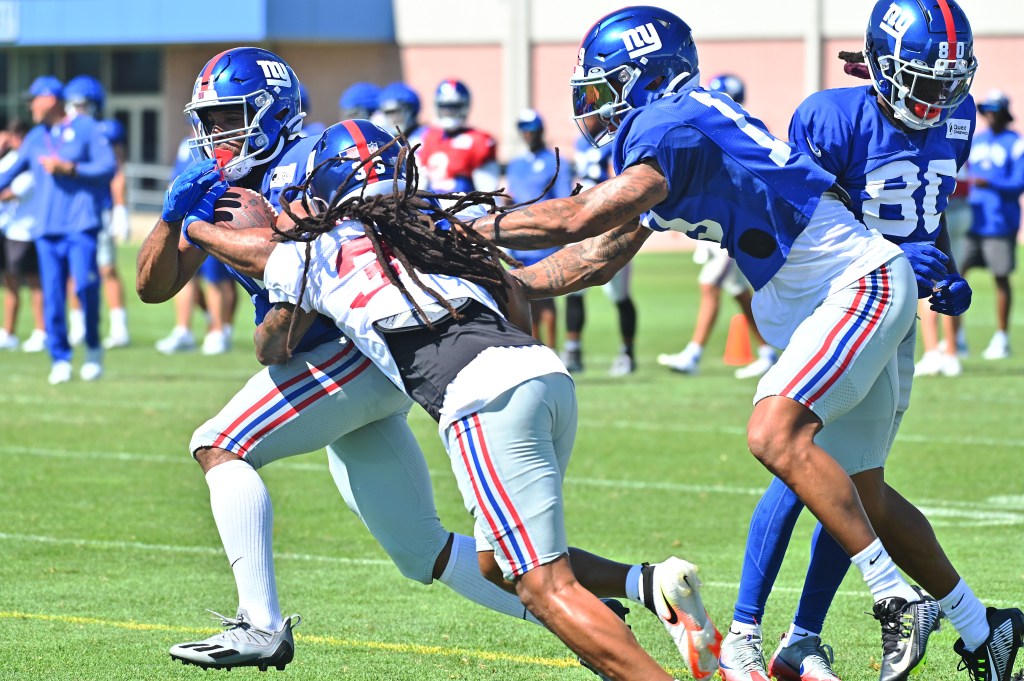 And in Wink Martindale’s pressure-heavy defensive system, steady cornerback play is imperative: With the pressure turned up, the corners are often left in one-on-one coverage.

In turn, Robinson has spent camp trying to “tune every aspect” of his game. So far, he is not satisfied with his progression — a feeling more a product of lofty expectations than of poor play.

“Not up to my standard where I wanted it to be,” Robinson said. “But that’s why we have training camp. We’re still crafting, always finding things to tune up. 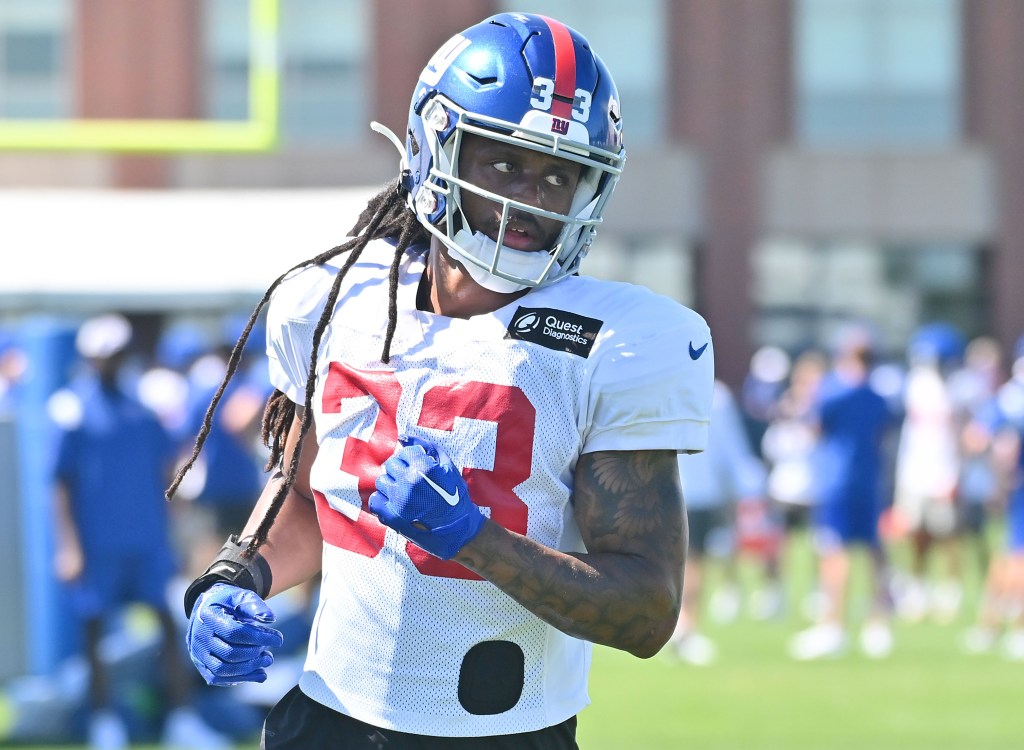 “You always want to set your goals high. If you let anyone in on those goals and they look at you crazy, you know that you set the right thing.”

Robinson’s goals revolve around building off that injury-shortened rookie season.

In a relatively small sample size, Robinson impressed his peers.

“He’s a guy who shows up to work ready to compete,” third-year cornerback Darnay Holmes said. “He’s always been a high-level [guy] since college.”

Added Jackson: “I liked what I had seen from him and [have] been liking him ever since. He works hard. He’s a guy that just goes out there and does what he has to do.”

In a prominent role this season, doing just that will be even more important.

The Giants claimed safety Nate Meadors off waivers from the Browns.

The undrafted Meadors played in three games for the 2019-2020 Vikings and will fill the roster spot created when OT Matt Gono left the team and was put on the exempt list.