They wanted a bigger piece of the pie.

Hershey is ringing in Thanksgiving in supersized style by releasing its largest Reese’s Peanut Butter Cup. Sure, it sold out in just hours — but you can still snag one if you’re willing to pay top dollar.

Dubbed Reese’s Thanksgiving Pie, the sugar-loaded monstrosity is 9-inches long — the diameter of a standard pizza — and consists of “3.25 pounds of solid peanut butter and chocolate.”

“When you bring together friends and family for Thanksgiving dinner, no table spread is complete without dessert,” hyped Bo Jones, Reese’s senior associate brand manager, in a statement regarding the new pie-in-the-sky creation. “At Reese’s, we wanted to create a dessert that everyone wants a piece of. You can thank us later.”

The chocolatier released 3,000 of the hubcap-sized noshes for $44.99. Unfortunately for raging sweet toothers, the pies sold out in just a few hours, per a post on Reese’s Facebook page. 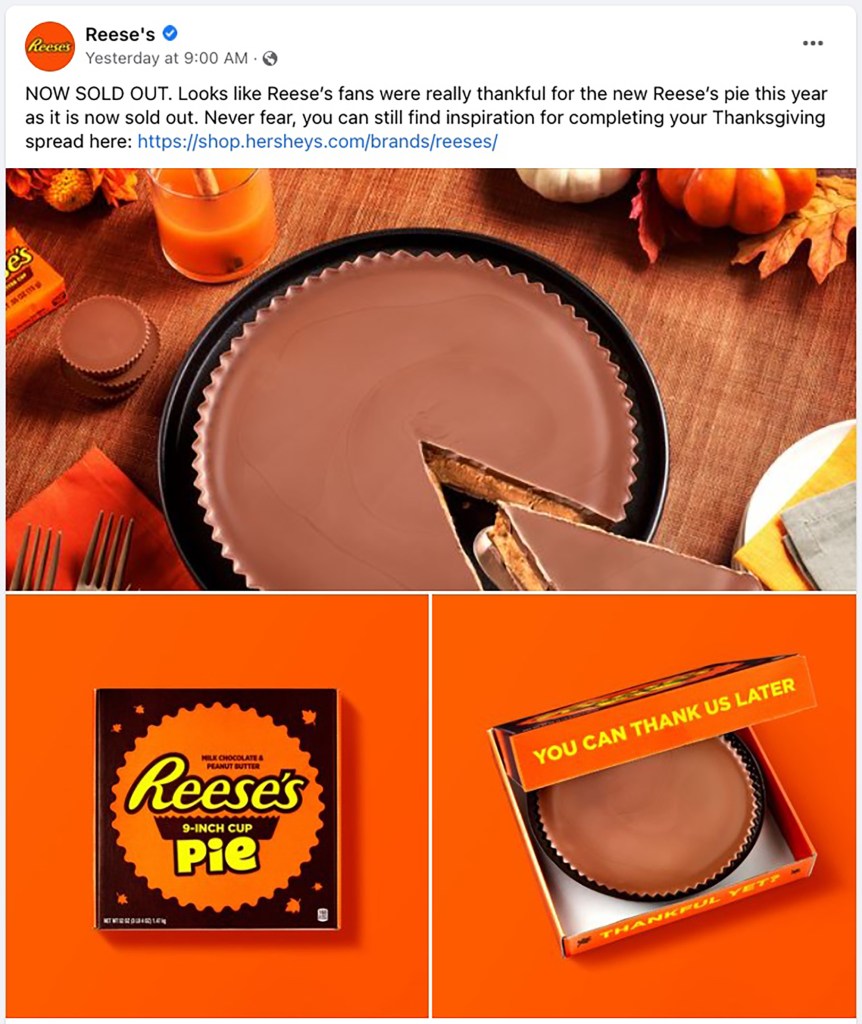 The Reese’s Thanksgiving Pie consists of 3.5 pounds of solid chocolate and peanut butter.Reese's

“At this point, we are not expected to release any additional Reese’s Thanksgiving Pies,” Hershey’s spokesperson Anna Lingeris told The Post comment when we asked if they will be manufacturing more of these a-choc-alyptic treats for the holiday season.

However, in the interim, die-hard candy addicts can tide themselves over by buying a Thanksgiving Pie oneBbay for the “small” sums of $154 to $449 and counting. Bidders should probably hurry, though, as the competition for these plus-sized treats is hot and heavy.

After all, as brand boss Jones bragged: “Let’s face it, homemade pies are great, but a giant Reese’s Peanut Butter Cup is better … The holidays are stressful, but winning Thanksgiving doesn’t have to be.” 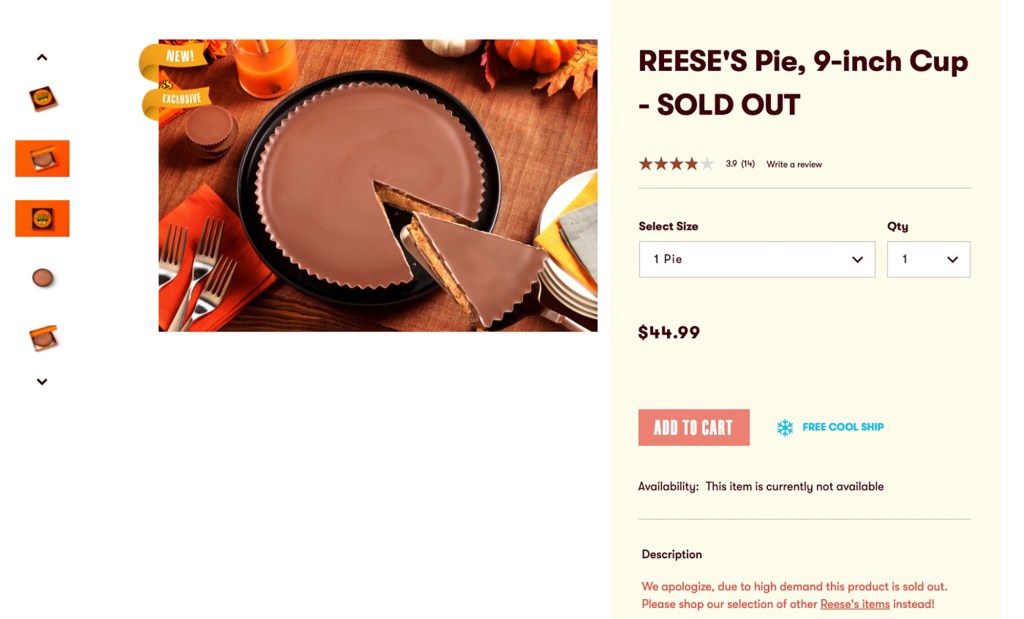 Unfortunately the a-choc-alyptic treat has sold out — but you can still snag one on eBay.Reese's
giant reese thanksgiving still
Read The Rest at
nypost.com Ryan Reynolds’ birth chart shows why we want to...