Ghislaine Maxwell has been sentenced to 20 years behind bars for aiding Jeffrey Epstein in his abuse of young girls — but she won’t be doing hard time in high security.

On Tuesday, Judge Alison Nathan recommended that the disgraced British socialite, 60, be sent to the Federal Correctional Institution in Danbury, Connecticut — a low-security facility 55 miles north of New York City.

Maxwell won’t be the first famous jailbird to be incarcerated at the prison, with FCI Danbury having housed a slew of other A-list inmates, including songstress Lauryn Hill and “The Real Housewives of New Jersey” star Teresa Giudice.

Author Piper Kerman also spent 13 months at the facility before writing her best-selling memoir “Orange Is the New Black,” based on her time there. The book was later turned into the smash Netflix series of the same name.

Since her arrest back in 2020, Maxwell has been incarcerated at the notorious Metropolitan Detention Center in Brooklyn, where she has complained about dismal food, poor sleeping conditions and “creepy” guards.

In comparison, FCI Danbury will feel like “Disneyland,” one prison expert told the Daily Mail. 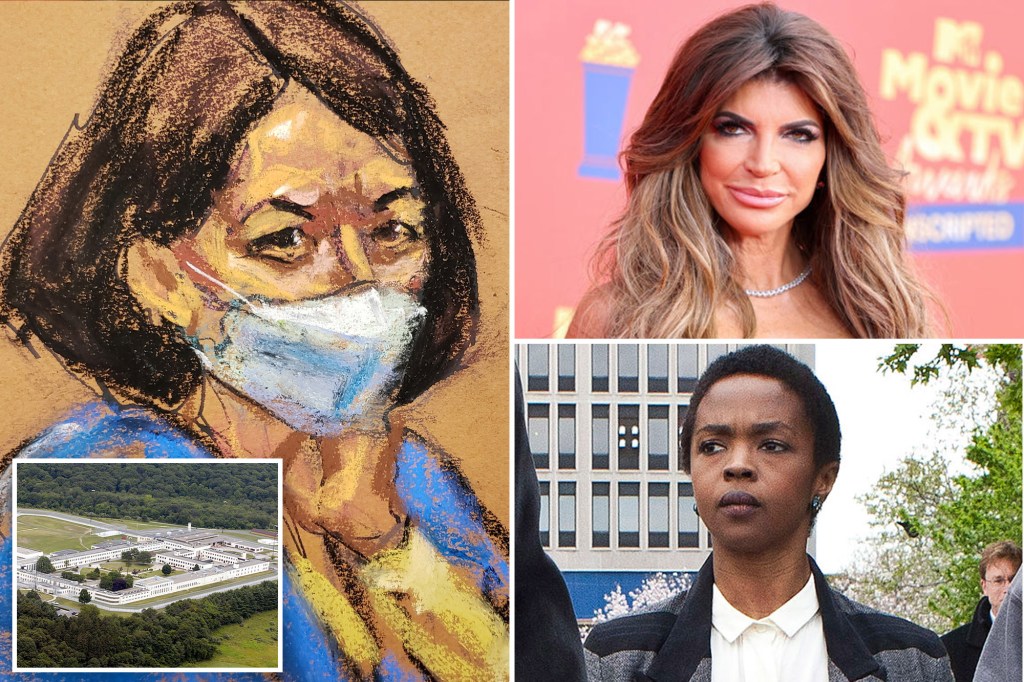 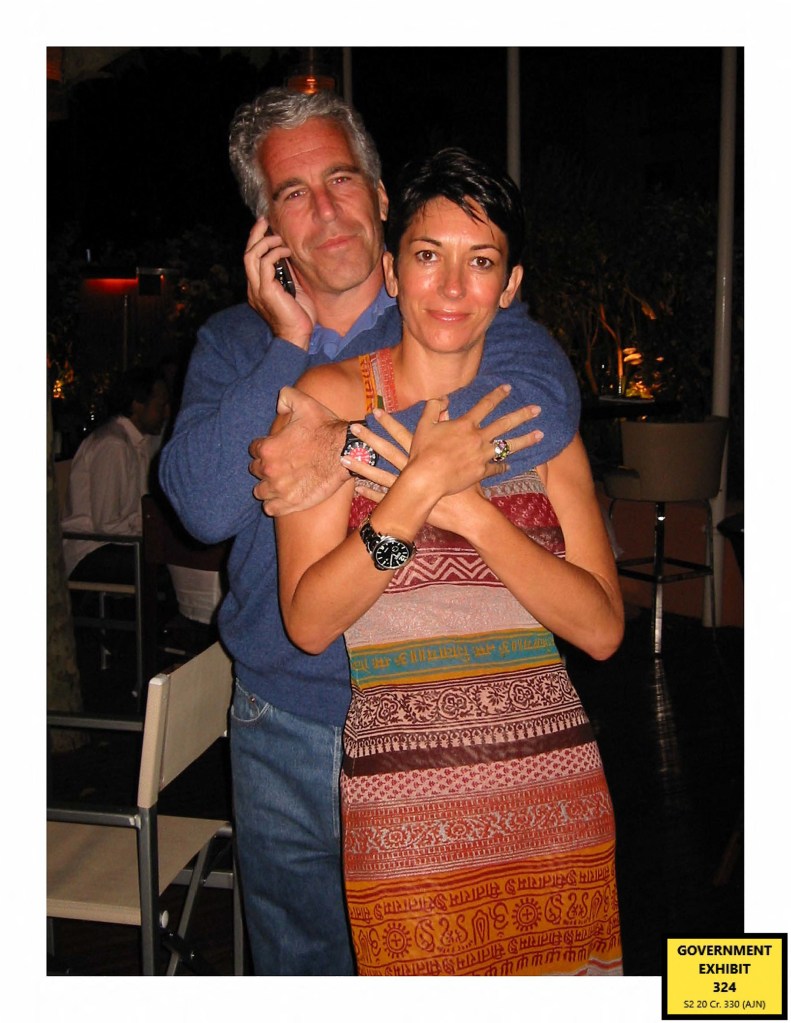 Maxwell was sentenced to 20 years behind bars for aiding Jeffrey Epstein in his abuse of young girls. She is pictured with the late pedophile in a photo taken in the 2000s. US District Court for the Southe 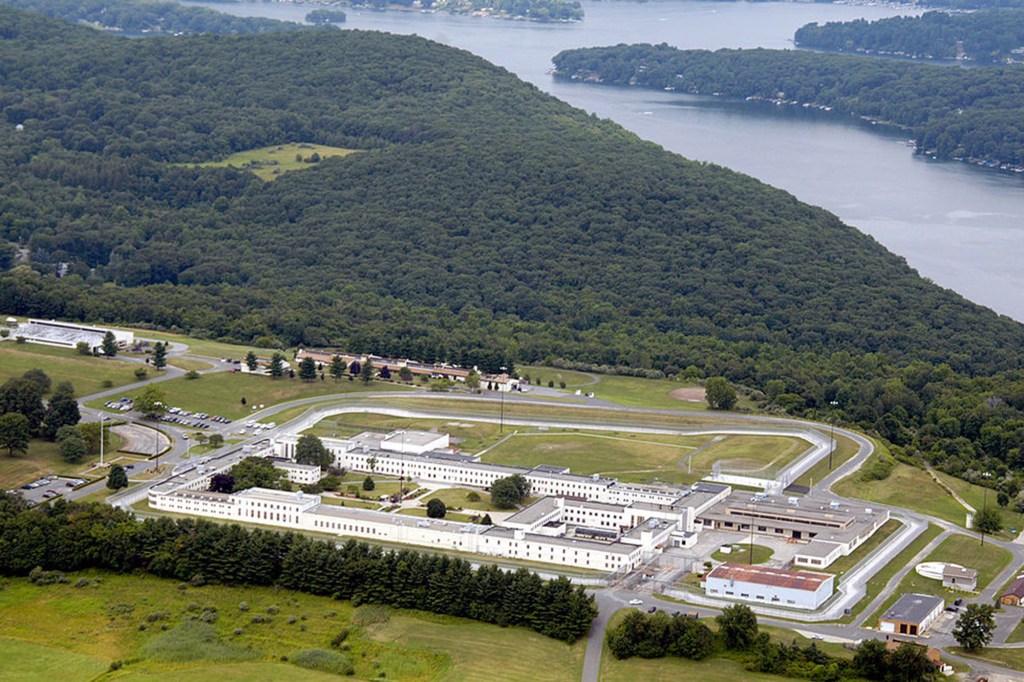 The prison is located 55 miles north of New York City and has housed a number of very famous inmates. Bloomberg via Getty Images

The prison, which was described as “cushy” by one Reddit user, currently houses 1,024 inmates and boasts activities including hobby crafts, music, circuit training and aerobics. A new $25 million wing for female inmates was completed in late 2016.

In addition to inspiring “Orange Is the New Black,” the prison has been mentioned in several other TV shows.

Nancy Botwin, the fictional protagonist of the hit Showtime series “Weeds,” served time at FCI Danbury. Meanwhile, “Suits” character Mike Ross was sentenced to a stint in the jail in the sixth season of the legal drama. 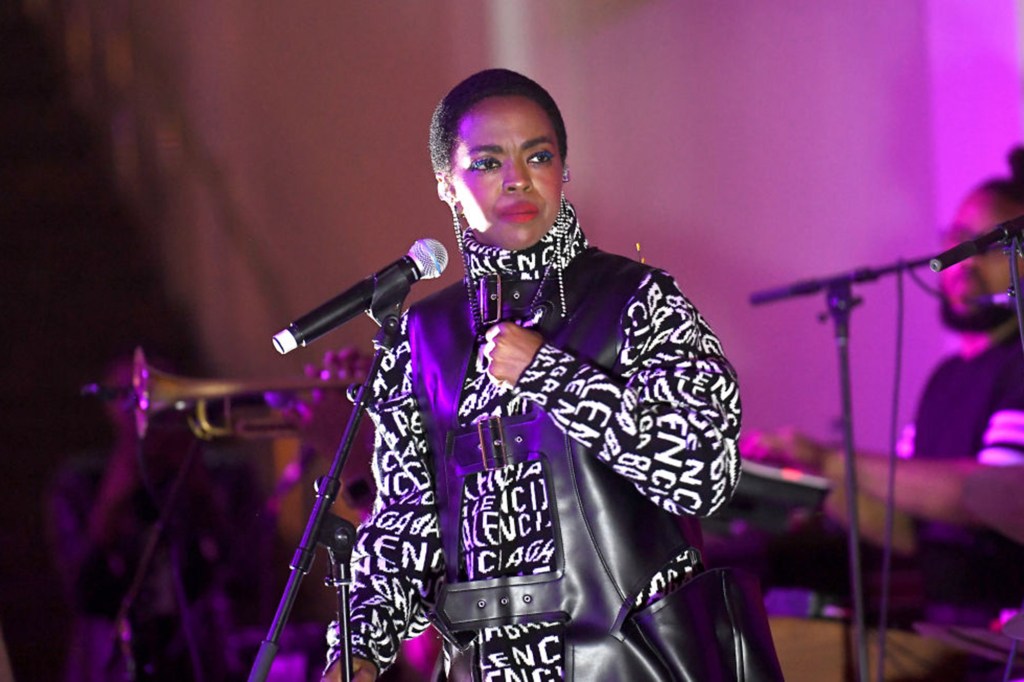 Lauryn Hill, 47, spent three months at FCI Danbury back in 2012 for failing to file tax returns and declare $2.3 million in income. Getty Images 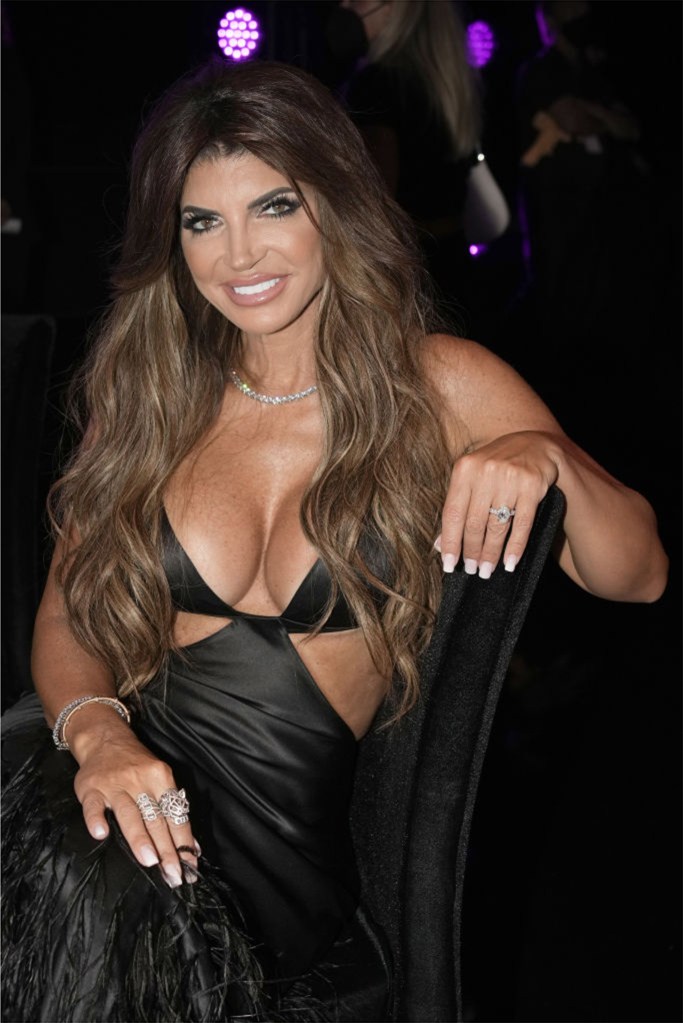 Teresa Giudice served a year behind bars at FCI Danbury back in 2015. She described the experience as “hell.”Getty Images for MTV

Despite serving as pop culture fodder for fictional felons, it’s the real-life inmates who have attracted interest in FCI Danbury.

Six-time Grammy winner Hill, 47, spent three months there back in 2012 for failing to file tax returns and declare $2.3 million in income.

Meanwhile, Giudice served a year behind bars at FCI Danbury from January to December 2015 after pleading guilty to bankruptcy fraud and mail fraud in a scheme with her husband, Joe.

After her release, Giudice spoke out about her sentence, saying the prison’s reputation as a plush playhouse for celebs was completely incorrect.

“There was mold in the bathrooms. There was not running water constantly. The showers were freezing cold. The living conditions were really horrible,” she told “Good Morning America” in 2016. “There were some nights that we didn’t even have heat … It was — it was hell.” 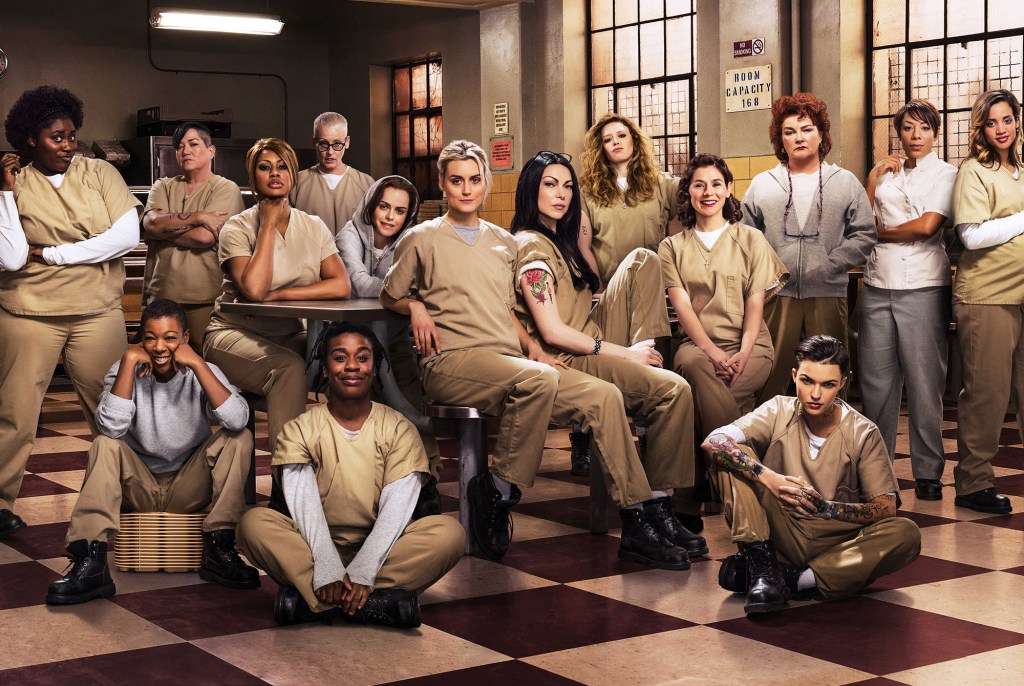 FCI Danbury served as the inspiration for the hit Netflix series “Orange Is The New Black.”Netflix

Hill and Giudice aren’t the first famous females to face accusations that their star power has bought them a cushy ride behind bars.

Back in the mid-2000s, Martha Stewart served five months at the Federal Prison Camp in Alderson, West Virginia.

Known as “Camp Cupcake,” it is regarded as “America’s cushiest prison,” according to Mashed. Stewart took pottery classes while incarcerated and created her own ceramic Nativity set. She later sold replicas of the religious figurines on her website.

Elsewhere, Felicity Huffman spent 12 days at California’s FCI Dublin — a low-security prison dubbed “Club Fed” by media — back in 2019 for her role in the college admissions scandal. 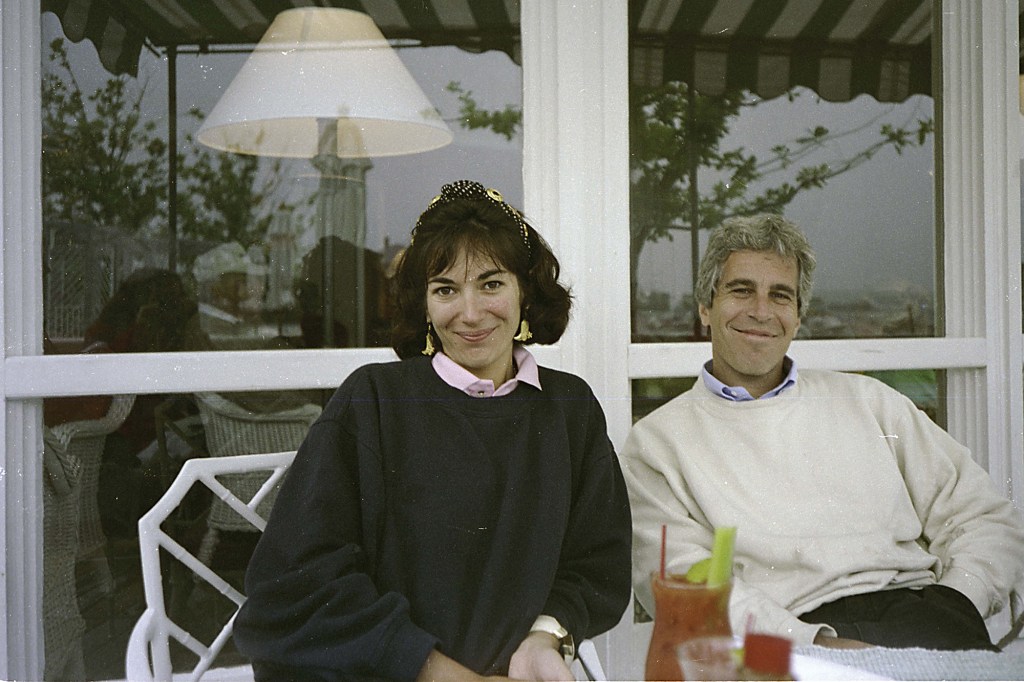 Maxwell is seen with Epstein in the early 1990s. She was convicted last year for helping her late ex-boyfriend commit sex-trafficking of minors. ZUMA24.com

Maxwell’s lawyers have not spoken out about her potential transfer to FCI Danbury.

The Brit was sentenced Thursday after being convicted last year of helping her late ex-boyfriend Epstein commit sex-trafficking of minors. Epstein died behind bars in August 2019.

In court, Maxwell offered an apology to her victims, stating: “It is the greatest regret of my life that I ever met Jeffrey Epstein … I hope my conviction and harsh incarceration brings you closure.”