No one appeared to have more fun at the 49ers game on Monday night than George Kittle’s wife, Claire.

Taking to her Instagram Stories, Claire gave followers a peek at her pregame activities while en route to Levi’s Stadium, where Kittle’s 49ers topped the reigning Super Bowl champion Rams, 24-9.

Prior to kickoff, Claire checked in on Kittle on the 49ers sideline, where the 28-year-old tight end was warming up. She then caught the game from a suite with pal Kristin Juszczyk, who is married to San Francisco fullback Kyle Juszczyk. 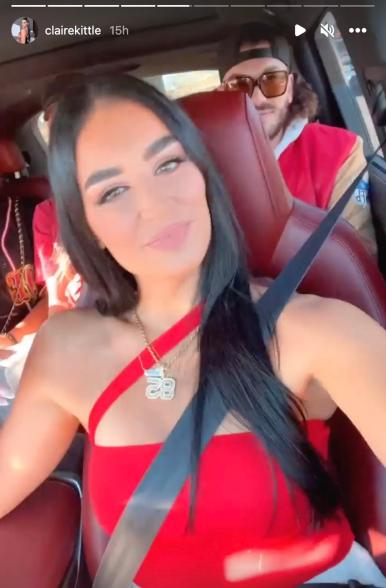 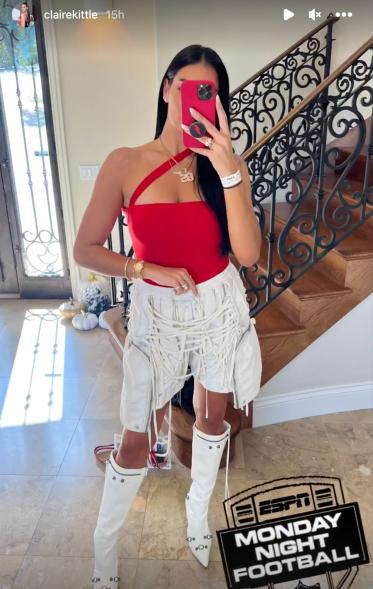 Before heading out, Claire Kittle showed off her game-day attire in an Instagram Story. Instagram/Claire Kittle 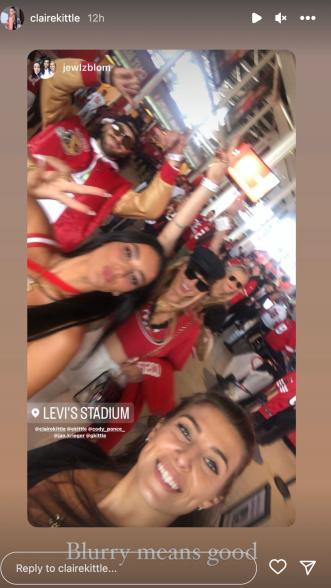 Claire Kittle shows off the atmosphere inside Levi's Stadium ahead of the 49ers-Rams game. Instagram/Claire Kittle 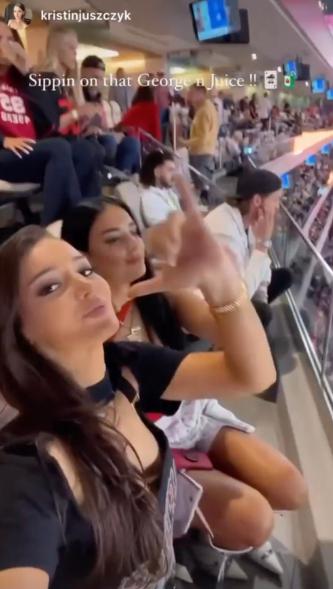 In his second game of the season, Kittle — who was previously sidelined due to a groin injury — recorded two receptions for 24 yards. Meanwhile, Juszczyk’s first catch of the game resulted in a 35-yard run down the sideline.

The 49ers, who improved to 2-2 on the season, will visit the Panthers on Sunday afternoon. 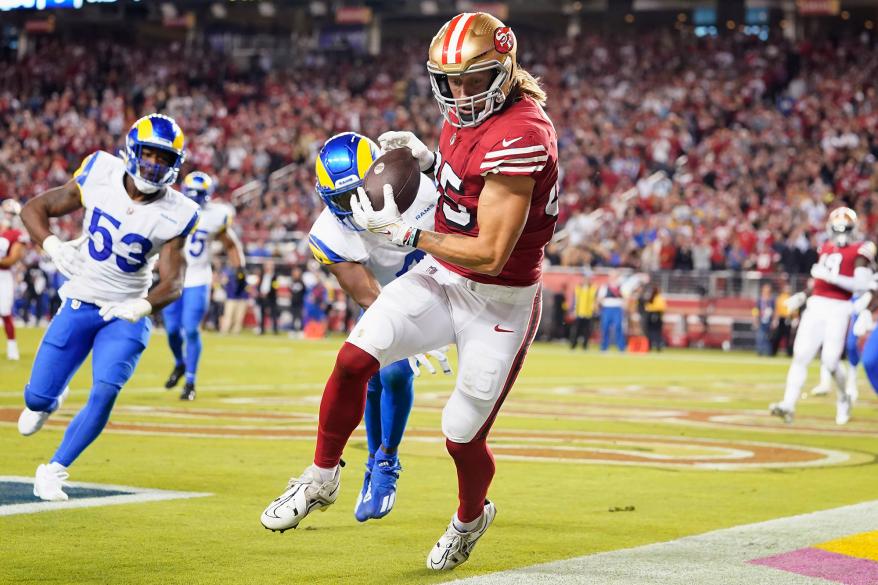 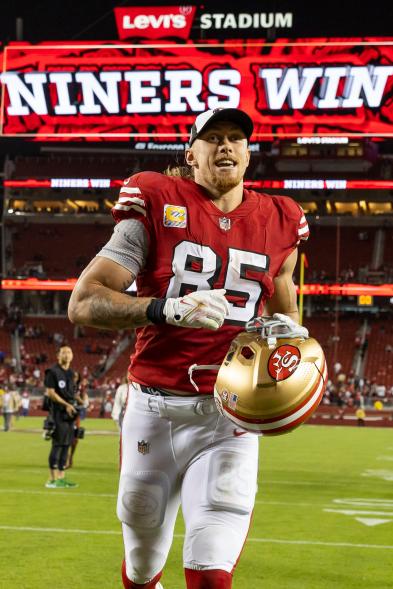 Leading up to the 2022 season, the Kittles — who have been married for three years — enjoyed an adventure overseas, spending time in Ireland and Italy.

As the 49ers opened training camp in July, Claire posted a fiery message to Kittle on Instagram, telling the three-time Pro Bowler to “kick some freaking ass.” 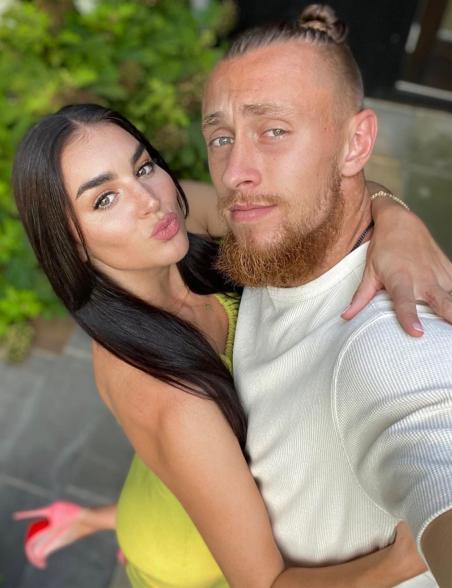 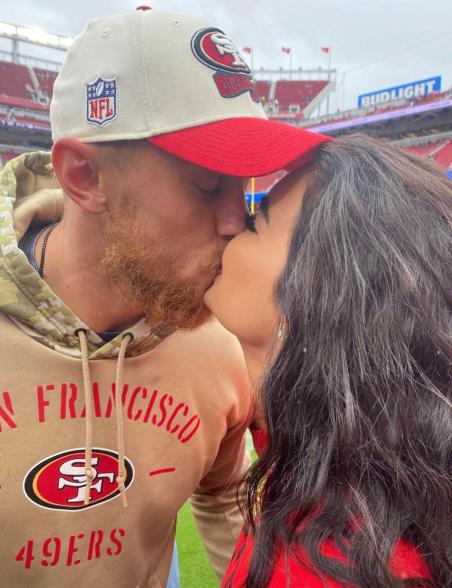 The Kittles share a kiss during 49ers' game day in Sept. 2022. Instagram/Claire Kittle

“Year 6 comin in hotttt,” Claire wrote at the time. “I’m so excited more than ever to watch you out there on the field this year. How is it already your 6th year?! We were told it would go fast but my goodness! I still feel like we just graduated college and are flying by the seat of our pants. I don’t really have the words to describe how proud I am of you especially how you handled yourself & worked your ass off tirelessly this past offseason.”

Kittle signed a five-year, $75 million contract extension with the 49ers in August 2020.