They’re singin’ in the rain — and holding on for dear life, just like the late King of Pop.

As Hurricane Ian trounces Florida, triggering a death toll of 21 in the wake of wind speeds of 155 miles per hour, a gaggle of Gen Z goofs is finding “dark humor” in the horror.

Rather than seeking higher ground as flood waters rise above rooftops, cyber comedians in the Sunshine State have been busy filming themselves braving the elements and lip-syncing the lyrics to Michael Jackson’s “Earth Song.”

In a video for the 1995 ditty that raises awareness about environmental issues, Jackson, who died at age 50 in 2009, clings to trees as a violent windstorm rips through the dark skies. 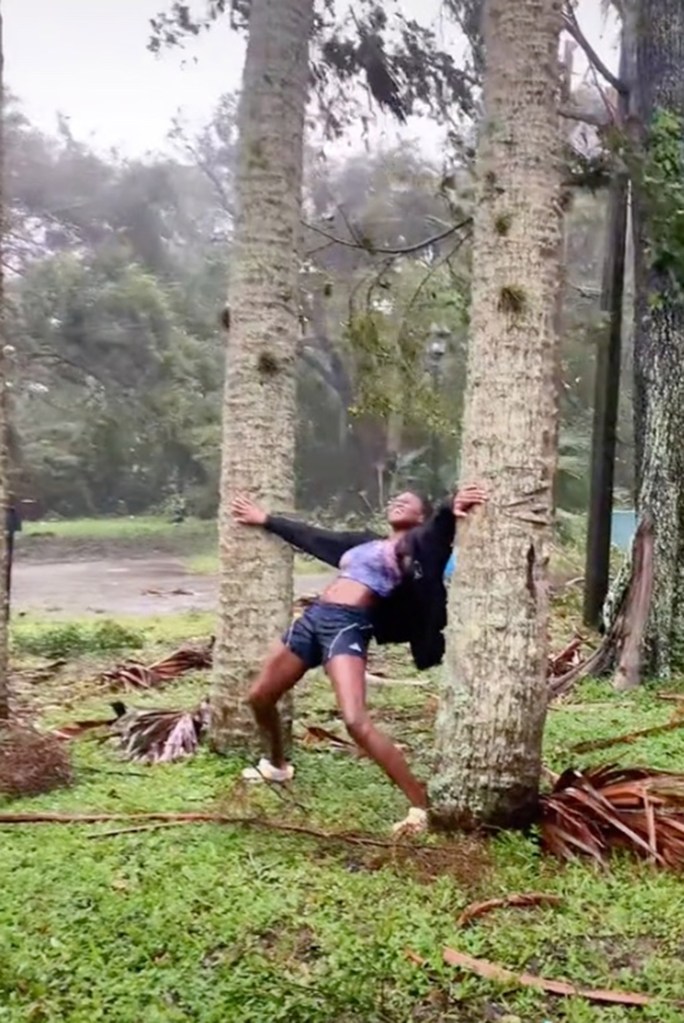 “#HurricaneIan on my 21st birthday,” TikToker Jordan Glenn penned in the caption of her “Earth Song” parody.

Glenn’s video, with more than 2.9 million views and 778,000 likes, fetched a shower of glowing comments from online audiences, writing, “Naahhh…I really like this” and “Our generation plays all day.” Nearly all of the 25,000 comments featured a string of laughing emojis. 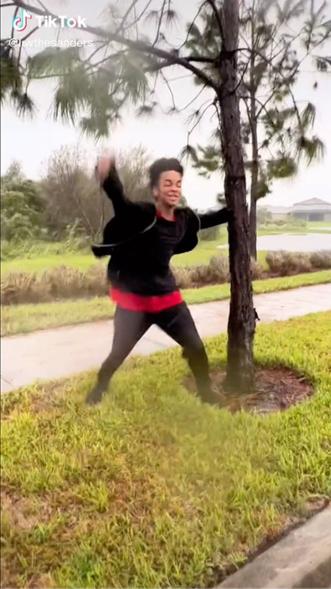 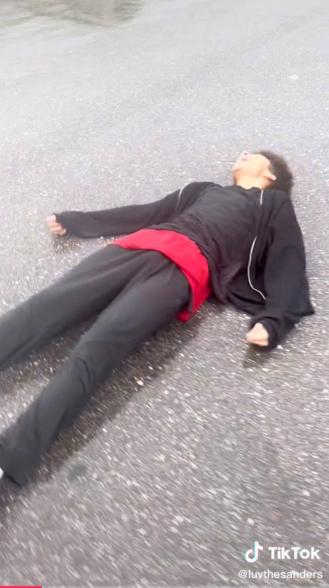 TikTokers are making videos inspired by Michael Jackson and using his "Earth Song" as the soundtrack. TikTok/@luvthesanders 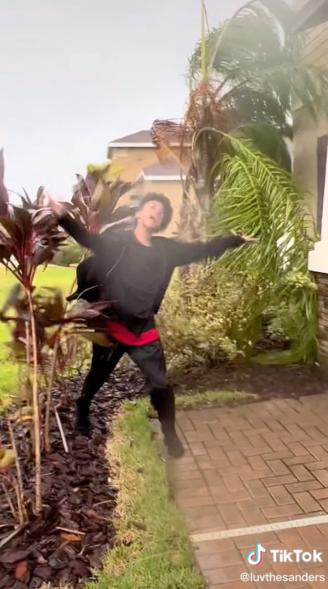 Cyber-famous family @LuvTheSanders shared a storm post, which has garnered over more than 731,000 views. TikTok/@luvthesanders

In a TikTok clip with more than 731,000 clicks, a teen lip-syncs to MJ’s hit tune while doing battle with the storm.

The post sees the youth clutching trees and tall plants, staggering around high grass and even laying in the middle of the street amid the cloudburst.

“Floridians are so hilarious, even in the worst possible situations,” penned a commentator.

“Gen Z needs to get it together. Hurricane… and [we’re] outside making music videos,” joked another.

But not everyone found the tomfoolery funny.

“Can you imagine prepping for a hurricane and your child is outside thinking [they’re] Michael Jackson?” a Twitter user spat.

“I hate this generation,” barked another TikTok commenter.