Garrett Wilson was living in Ohio when the best wide receiver in the state set the bar for NFL rookies.

Actually, it’s been a two-year process of raising expectations that began when the Vikings’ Justin Jefferson became the first rookie to reach 1,400 yards receiving in 2021, and escalated when the Bengals’ Ja’Marr Chase pushed the record to 1,455 and the Dolphins’ Jaylen Waddle broke the rookie receptions record (104) in 2022.

Wilson suddenly looks ready to join the conversation of best young receivers after going off for eight catches, 102 yards and two touchdowns in his second NFL game

“As soon as they got in the league, they made their impact,” said Wilson, the No. 10-overall pick out of Ohio State. “You saw how far the Bengals went last year when they got on the right page with the quarterback. Watching [Jefferson and Chase] last year while I was in college, I knew that’s what I wanted to do. That was my goal. That’s what I planned on doing. But I was just seeing how things played out, waiting my turn and waiting for the opportunity to take advantage of.”

Wilson will get an up-close look at the physical Chase on Sunday when the defending AFC champion Bengals visit the Jets. 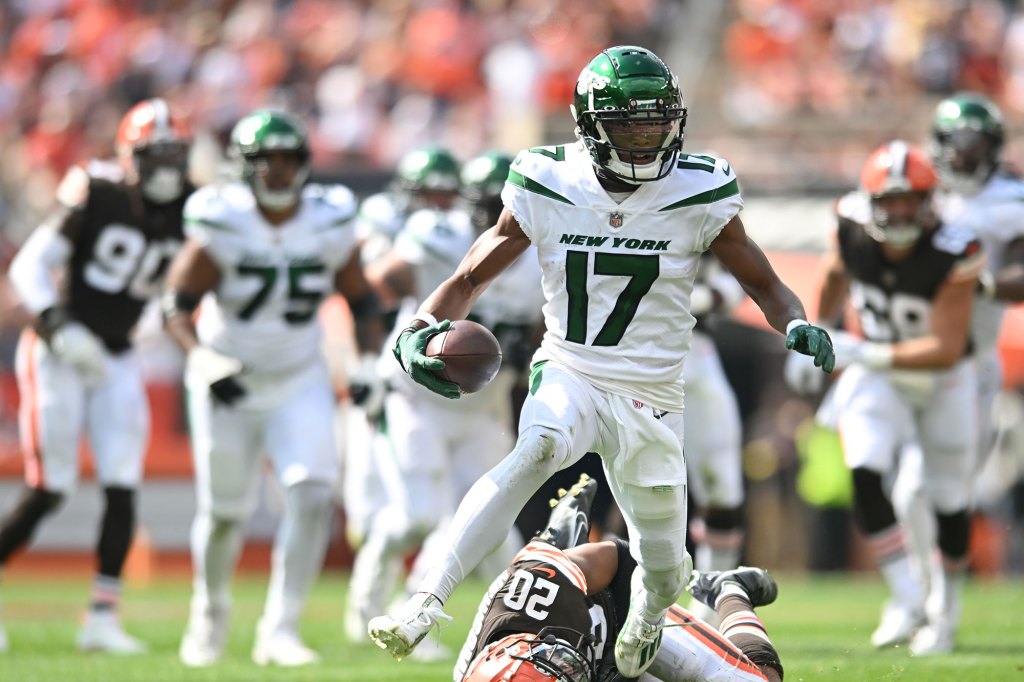 Garrett Wilson wants to be the next frachise-altering rookie wideout.Getty Images

“He’s great at getting position and making a play on the ball,” Wilson said. “I’m excited to pick up on some things from the sideline. When I’m watching DBs play, a lot of times those are the receivers that you see making plays on them. You want to take something from their game and see what they are using to get open. A lot of us run the same system, so you can get a better idea of how to run the route versus this look. It’s a copycat league.”

Wilson trails Corey Davis and Elijah Moore as the Jets receiver with the third-most snaps played, but his 22 targets are a team-high.

“The coaches have a great plan for me,” Wilson said. “If it involves zero catches or 100 catches, I’m ready to do either one.” 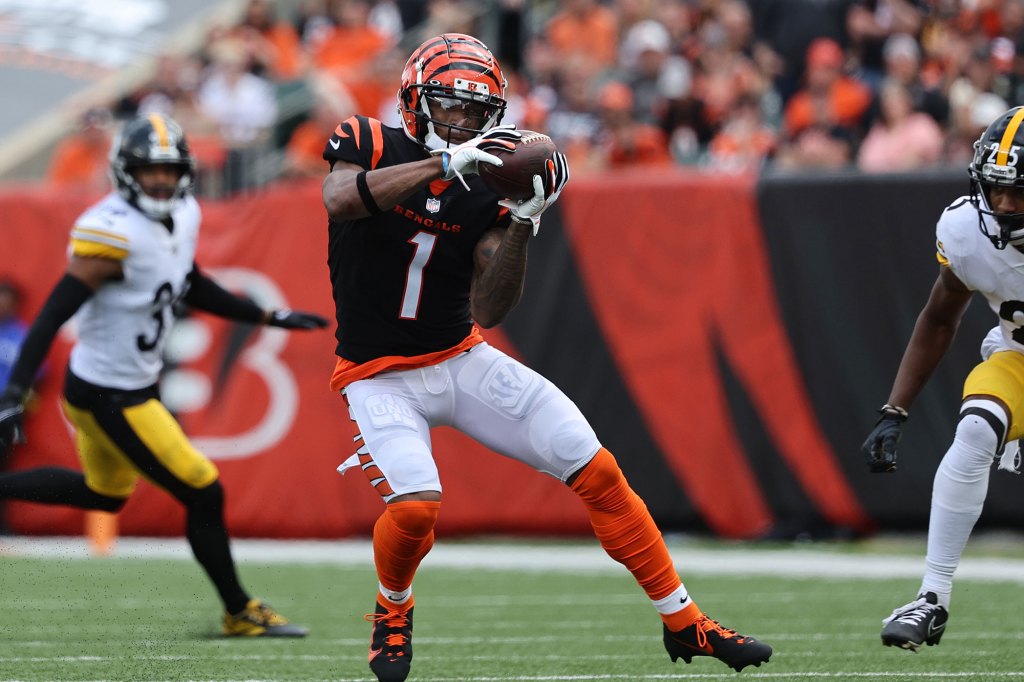 Ja’Marr Chase was a rookie sensation for the Bengals last season.Getty Images

“Just keep on proving to them that I am on that level and I want to be great,” Wilson said. “I’m nowhere near that yet. I have to keep pushing, but it’s good to have the confidence of your teammates.”

QB Zach Wilson (knee) will not be involved in 11-on-11 drills this week, limited to seven-on-seven for a second straight week.

“We’re going to ramp up the amount of strain from an individual standpoint,” coach Robert Saleh said.

Whether Wilson returns full-go next week or is eased in through the scouting team as was the case last year is not decided.

“We’ll see once the doctor clears him for full activity,” Saleh said.

Braden Mann was named AFC Special Teams Player of the Week after averaging 47.3 yards on four punts, completing a 17-yard pass on a fake and executing the Jets’ first successful onside kick since 1997. It was a far cry from when he shanked a 20-yard punt in Week 1.

“Not to make excuses for Braden, he was dealing with a back as the first game kicked off,” Saleh said. “He fought through, got himself right and rested, rehabbed the heck out of it, kicked for the first time on Friday and had the game he had. It was awesome.”