ATLANTA — Ahead of the most important weekend of the Mets’ season, here is a look at four keys that could decide their series against the Braves — and the NL East:

There is not a better potential 1-2 in baseball than Jacob deGrom and Max Scherzer.

There might not have been a better actual 1-2 in baseball in 2022 than Max Fried and Kyle Wright.

DeGrom and Scherzer, with a combined 24 years of big league experience and five Cy Young awards, have been as dominant as advertised — when they pitch. Both have missed significant time because of injuries, and neither qualifies for the ERA title.

The 28-year-old Fried (2.50) and 26-year-old Wright (3.18) have the fourth-best and 13th-best ERAs, respectively, in the league. They have made 29 starts apiece and have been excellent, flanked until recently by rookie Spencer Strider, who is out with an oblique injury, but hopes to return in the postseason.

Will the Mets aces’ careers or the Braves aces’ campaigns prove more important? 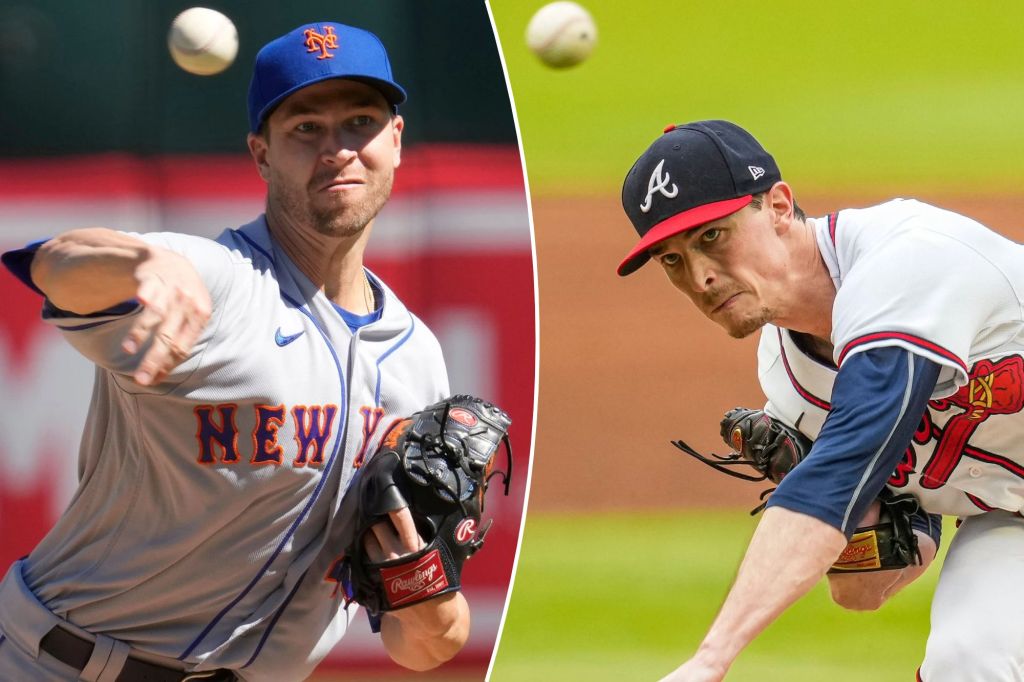 Which offensive approach will work better?

Putting the ball in play will be a challenge. The Mets’ staff has struck out 1,504 hitters this season, the most in baseball. A close No. 2? The Braves, with 1,503.

To counter the many expected Ks, will the Mets’ contact-oriented attack or the Braves’ power matter more?

The Mets’ .332 on-base percentage trails only the Dodgers’ .334. The Mets excel at making contact and clawing their way to first base.

The Braves’ 234 home runs this season are second only to the Yankees’ 243. The power comes from everywhere: Eight Atlanta hitters have swatted at least 15 home runs.

Both approaches work — the Mets and Braves are fourth and third, respectively, in runs scored — but they will be tested against top-shelf pitching.

With Starling Marte injured, Pete Alonso and Francisco Lindor have heated up at the right time.

Alonso has homered in three of his past four games — and nine times in September — and has tallied 10 RBIs in that span, giving him the most in the majors. The first baseman has posted a .924 OPS this month, lifting a lineup that has not been deep recently.

Lindor has helped Alonso carry the weight, with a 13-game hitting streak in which he is batting .333 with 11 RBIs and 10 runs scored.

For the Mets to win, their stars likely will have to play like stars.

Can the Braves’ bullpen stay hot?

Though the Mets still are weeding out who is a reliable reliever and who is not, Atlanta does not share that problem.

The Braves’ bullpen has been the best in baseball by a sizable margin in September, posting a 1.57 ERA and holding opposing hitters to a .151 batting average.

Closer Kenley Jansen, after some hiccups earlier this season, has allowed one run in his past seven innings. Raisel Iglesias has not given up an earned run in 11 ²/₃ innings this month. A.J. Minter has struck out 21 in his past 13 ¹/₃ innings. Dylan Lee has let up two hits and no runs in his past 9 ¹/₃ innings.

The Mets’ offense might be better off pouncing on the Braves’ starters rather than trying to wear them down: The guys behind the aces are good, too.

could decide crucial braves series
Read The Rest at
nypost.com