The Thanksgiving holiday is supposed to be a relaxing time spent with friends and family, reflecting on what we are most grateful for in life. But it can also be a stressful time for fantasy football managers.

Week 12 is here, and if you are sitting on the playoff bubble, not only is winning a must, but every point makes a difference. Three games are in the books already this week, and if you faced Josh Allen or Justin Jefferson, you might find yourself losing and in need of a spark. Fortunately, this latest rash of quarterback changes has opened up the door of possibility for you.

The Jets’ benching of Zach Wilson in favor of Mike White has been well-advertised, but there are other changes worth noting for fantasy. Sam Darnold will take over for an ineffective Baker Mayfield in Carolina, and Bryce Perkins could replace the concussed Matthew Stafford. Those who need help in PPR formats now have three pass-catching running backs who may warrant a place in your starting lineups. 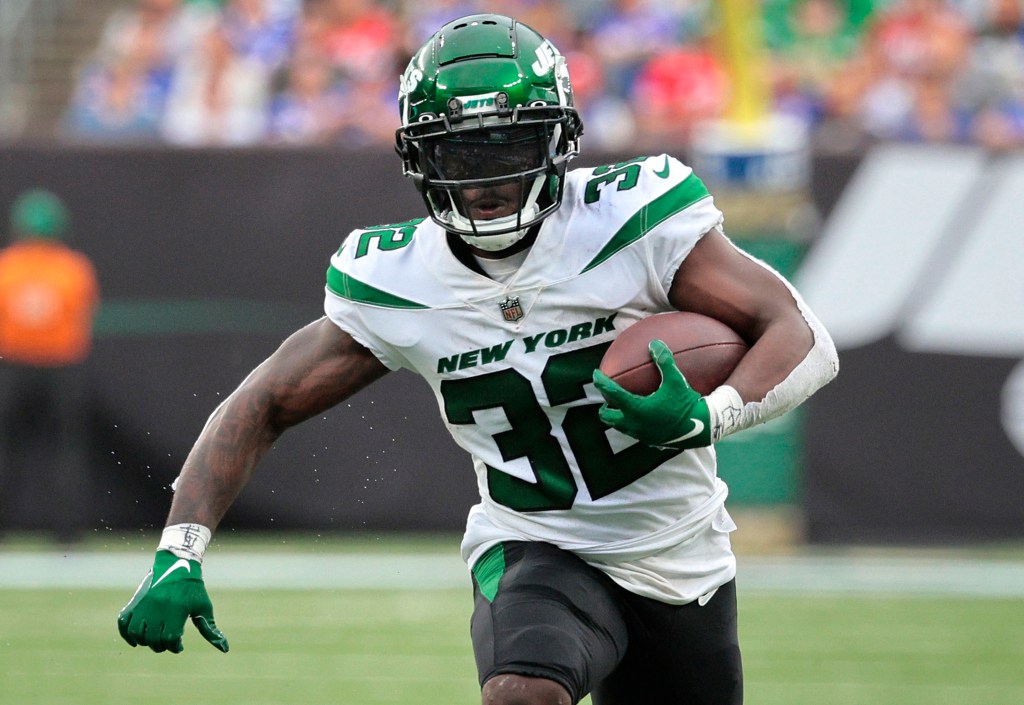 Welcome to the world of check-downs and passes to the flat. As James Robinson continues to adjust to the Jets’ offense, Michael Carter not only remains the team’s leader in the backfield but gains even more value with White under center. Last season, during a four-game stretch with White as the quarterback, just over 30 percent of the passing targets went to running backs. To give you a better perspective, the running back corps averaged 13 targets per game. That’s a huge value boost.

With both Darnold under center and Perkins a possibility, you have to take another look at Chuba Hubbard and Kyren Williams, both of whom are likely on your waiver wire. Neither has much value with the usual gunslingers, but given their relative inexperience, struggling offensive lines and tough defensive matchups, both should see a strong target share this week. Where there once was minimal value, you could find yourself a saving grace.

When you find yourself scratching and clawing for points and wins, you have to look in some unusual places for help. Players discarded to the waiver wire will rarely bail you out of a jam, but you need to pull out all the stops. Carter, Hubbard and Williams are tough to trust normally, but these back-up quarterbacks are going to help you turn this trash into fantasy treasure.

Howard Bender is the VP of operations and head of content at FantasyAlarm.com. Follow him on Twitter @rotobuzzguy and catch him on the award winning “Fantasy Alarm Radio Show” on the SiriusXM fantasy sports channel weekdays from 6-8 p.m. Go to FantasyAlarm.com for all your fantasy sports advice, player projections, injury updates and more.

fantasy football quarterbacks could boost these running backs
Read The Rest at
nypost.com