F1 2021 is the fourteenth title published in the Formula 1 franchise, it has been developed by Codemasters and published by one of the leading goliaths in the gaming industry that is Electronic Arts.

The game met its official release for various platforms such as PC, Playstation, and XBOX on the 16the  of July and arrives filled with content waiting for players to engage in. 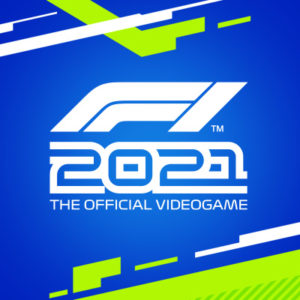 It consists of a brand new exciting and engaging story mode called braking point where players are allowed to choose from 5 teams and take their one shot at stardom in the realm of F1 racing alongside a new cast of characters and an old one if you have played the franchise before, it also comes with two new game modes which are a two-player career mode where you can enjoy the career mode with a friend whether that be racing cooperatively for the same team or competing with each other and also a mode called “real season start” which allows you to start your F1 career from any point during the 2021 season.

Other than the rich added content, the game also arrives with many improvements of in-game features making a player’s experience more enjoyable and engaging.

F1 2021 has been suggested to be a step up from the previous F1 game regarding enjoyability and mechanics.

The game already received its first official patch post-release on the 15th of July 2021 which was patch 1.04

The F1 2021 patch 1.05 was released on the 28th of July for PC and Playstation and soon enough will also be released for players on Xbox.

A quick overview of the patch notes, consists of primarily bug fixes, various instances which would lead the game to crash, made improvements to its Nvidia DLSS implementation that is where frames are rendered at a lower resolution than displayed to boost fps for a user, for a full look at the patch notes you can read them on their official site

The most exciting part for those who have systems with the newest generation of GPUs is the enabling of Ray Tracing on PC and PS5, allowing for more crisp and realistic visuals.

Raytracing can be enabled through the graphic settings tab in your game settings.

As of now, there isn’t much to be speculated with the game’s recent release and consistent maintenance fixes as well as patches, we can only sit tight and see what the developers have more to offer in this high-speed intensity packed game.