After decades of waiting, England can finally celebrate victory in a major international soccer tournament, as Chloe Kelly scored a 109th-minute game-winner to defeat Germany, 2-1, in the women’s European Championship at Wembley Stadium on Sunday.

Kelly evoked the memory of Brandi Chastain in her celebration, pausing a moment for the goal to be confirmed before ripping her shirt off as she sprinted to the touchline. 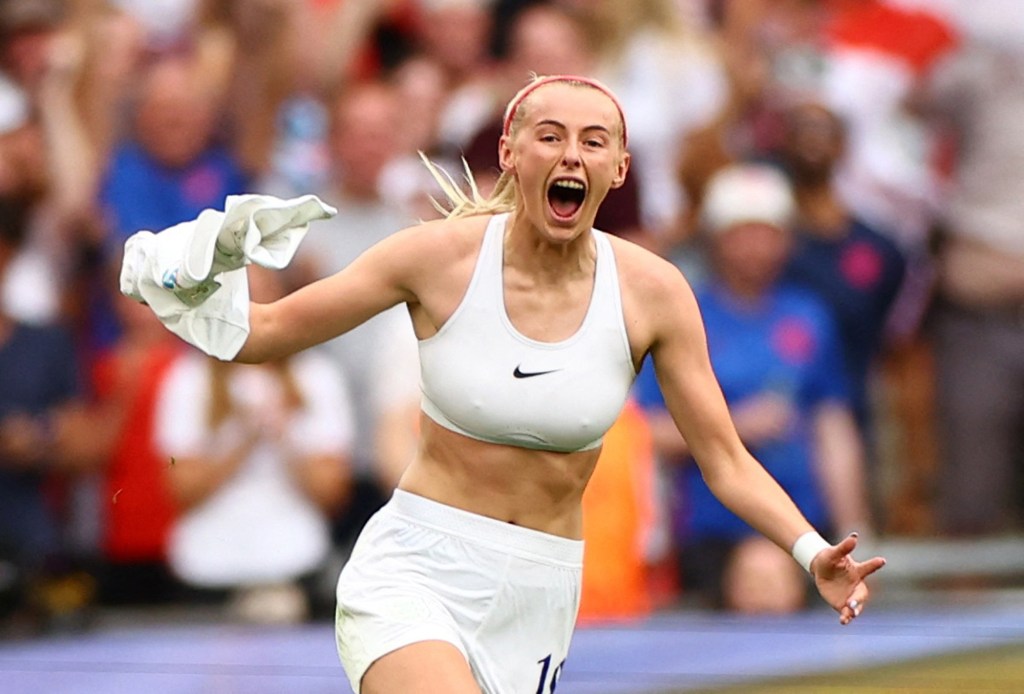 Chloe Kelly rips off her jersey after scoring the game-winning goal. REUTERS 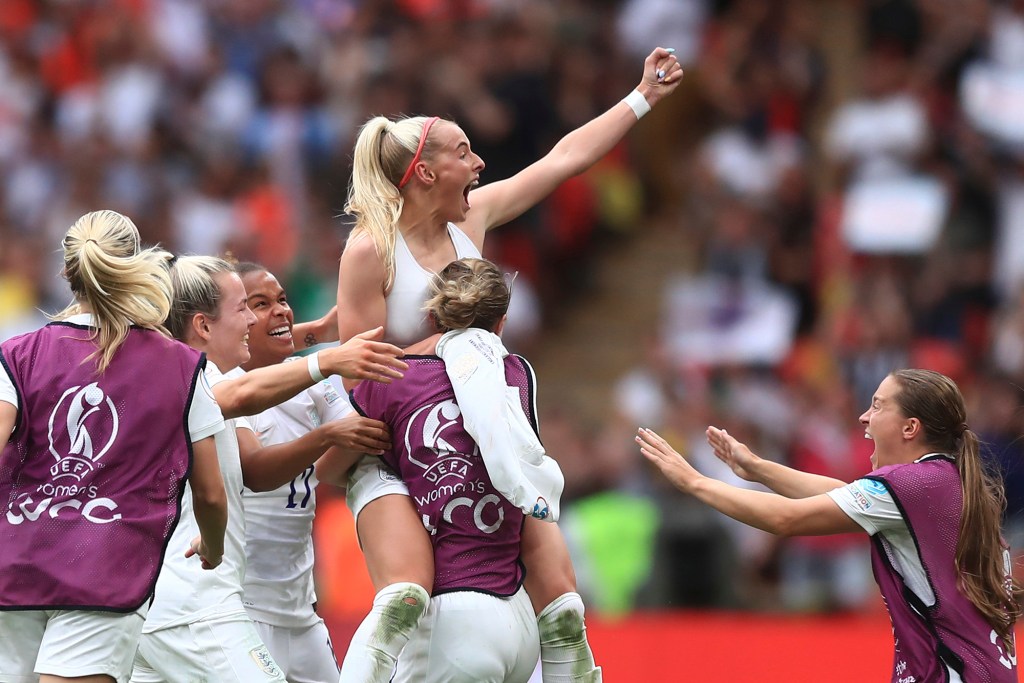 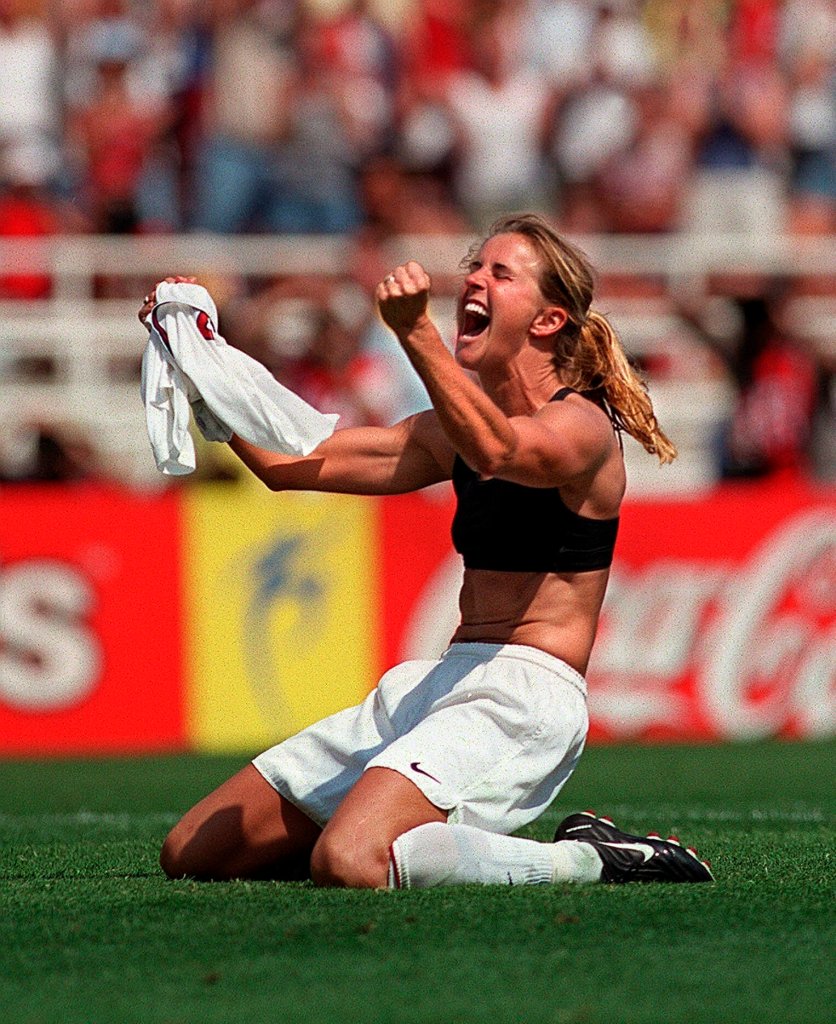 Ella Toone scored first for England in the 62nd minute, with Lina Magull tying it for Germany in the 79th minute. But it was Kelly, who scored off a corner kick in the second half of extra time, who provided the winner — giving England its first ever win in an international women’s soccer tournament and the first trophy for the country in soccer since the 1966 men’s World Cup.

After frequent heartbreak, including last year in the men’s European Championship when they lost on penalties to Italy in the same stadium, extra time seemed a moment in which the country’s old demons would come out. 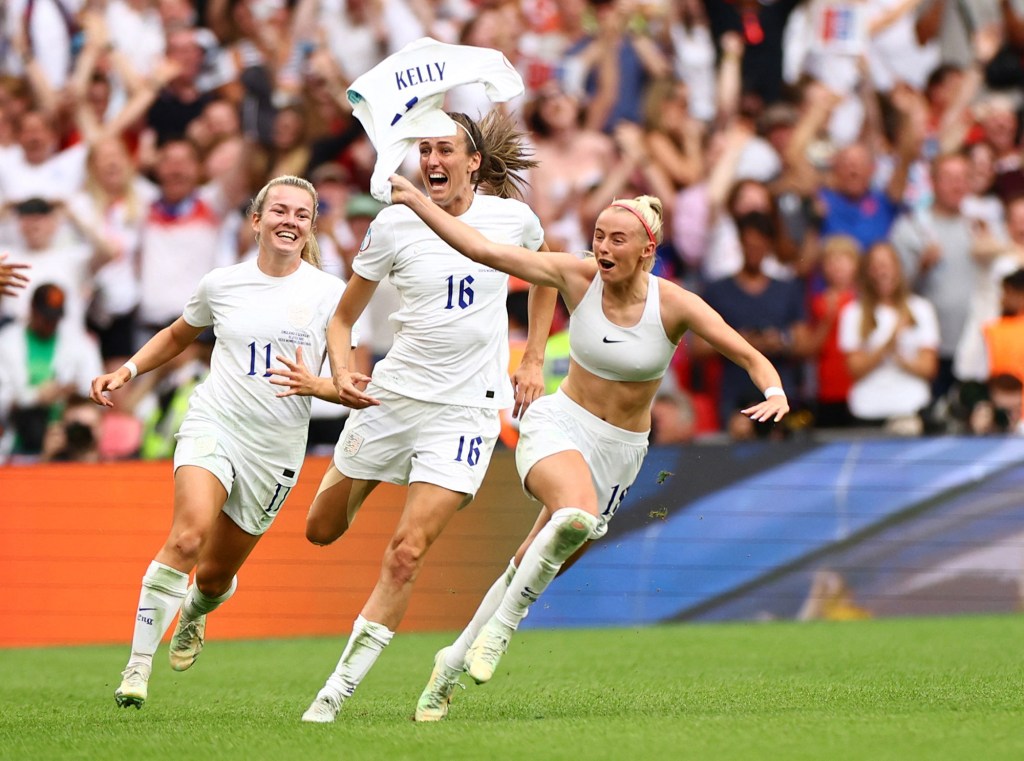 Chloe Kelly celebrates with her teammates after her extra time goal. REUTERS

Instead, they have been exorcised.

And, as the women’s game continues to grow across the pond, Kelly’s goal and subsequent celebration could be a galvanizing moment for the sport’s popularity in the country.