Emma Raducanu found the silver lining in her surprise defeat in the second round of the Australian Open, when she was suffered a loss to world No. 98 Danka Kovinic.

The 19-year-old British sensation struggled to play with a blister on her dominant right hand, which affected Raducanu’s ability to hit her usual forehand.

“I did discover elements of my game I didn’t know I had before, and I can use that going forward,” said Raducanu after her exit at the Australian Open, per The Guardian.

“And also I just know that I’ve got that fight in me. Even if I have, like, one shot, I know that I can pull myself out of deep situations. Because I’m still young, I feel like I can learn a backhand, I can learn some tactics, but it’s quite hard to learn or teach someone that fight and grittiness to hang in there when things are pretty much all against you. So I’m quite proud of that.”

Kovinic, meanwhile, beat Raducanu in three sets (6-4, 4-6, 6-3), marking the first time a player from Montenegro has reached the third round of any Grand Slam.

Raducanu received treatment multiple times throughout the match for her blister — something she said she was dealing with while training in recent weeks. She previously missed a few weeks of training ahead of the Australian Open due to a bout with COVID-19.

“That thought when I was slicing forehands and really struggling, I was, like, ‘Do I [retire]?’ But I didn’t want to — as I said, some people in my team didn’t want me to even go out there,” she said. 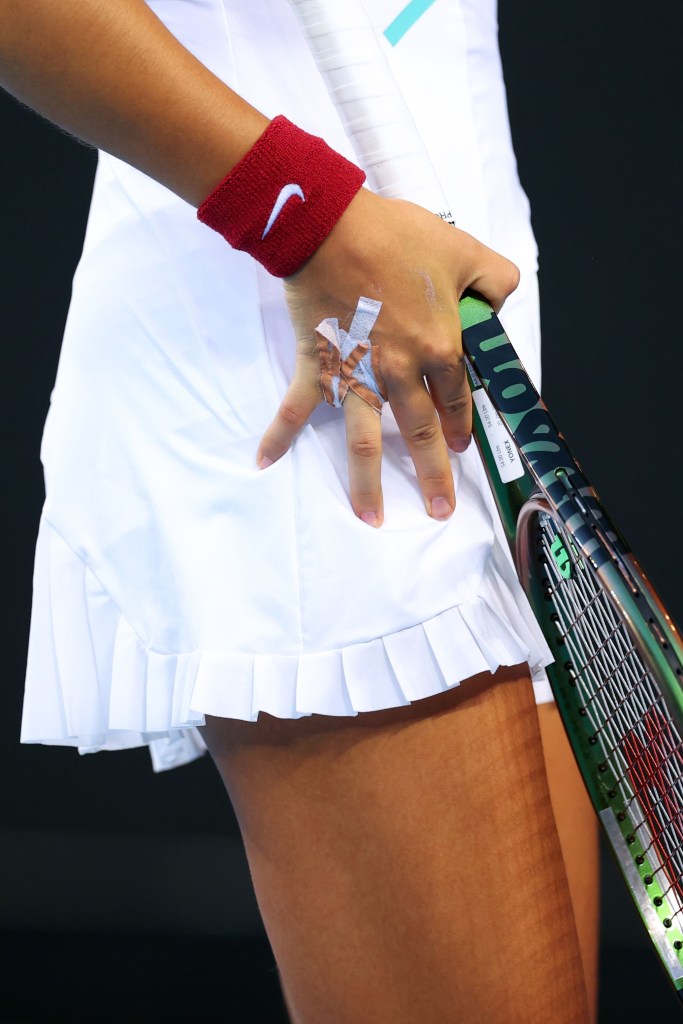 “So I fought so hard just to come out to Australia and play here, and I didn’t want to go out like that. So I just left it all out on the court after everything I went through.”

At the time, she climbed the tennis rankings from No. 336 in the world to No. 150, and her social media following soared. The teen also landed a fashionably sporty spread in the September 2021 issue of British Vogue.

Raducanu previously said her initial goal was to advance in the U.S. Open, so she could replace a lost pair of AirPods.