The end of the yellow brick road is finally near.

In an interview with Robin Roberts on “Good Morning America” on Tuesday, Elton John opened up about his family and the final US show on his seemingly never-ending Farewell Yellow Brick Road tour, which will take place in Los Angeles’ Dodger Stadium — 47 years after he gave his iconic performance there — on Sunday.

“Dodgers Stadium at that point was the pinnacle of my career,” John told “GMA.” “This is my last tour. You have to soak it in. And I have soaked in all the love and all the loyalty that’s been shown from the audience.”

The 75-year-old piano man’s final North American performance — which will be streamed live on Disney+ — will include guest appearances by his “Cold Heart” collaborator Dua Lipa, his Grammy-winning friend Brandi Carlile, and Kiki Dee, his duet partner on his 1976 hit “Don’t Go Breaking My Heart.” It will be a full-circle moment for John, who — as depicted in his 2019 biopic “Rocketman” — famously wore a sequined Dodger outfit as he performed “Pinball Wizard” at the stadium. 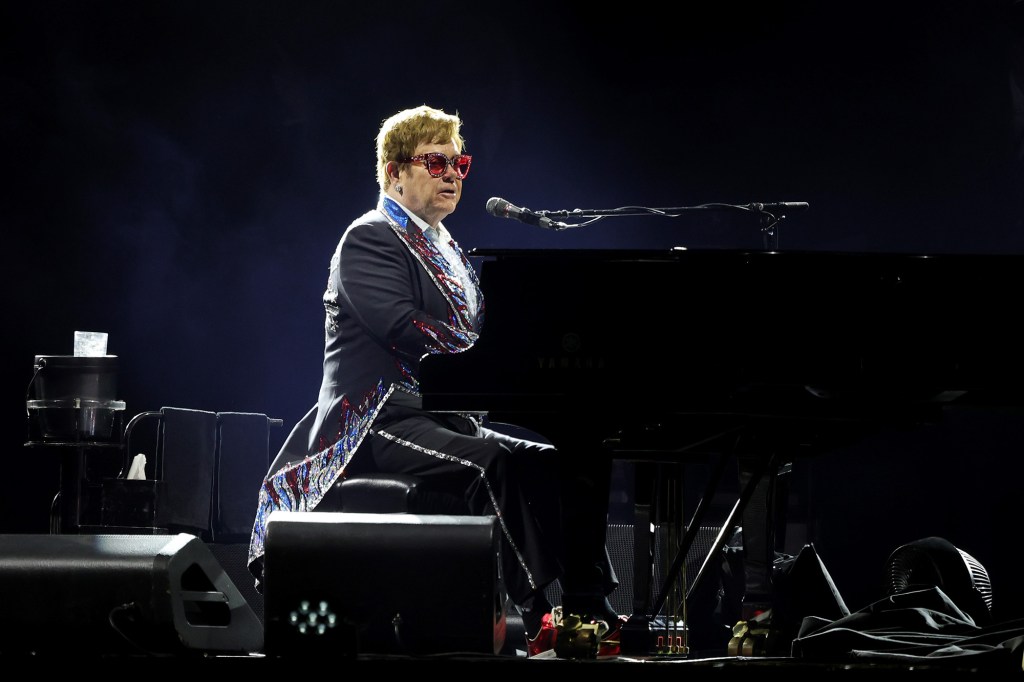 Elton John performs “Bennie and the Jets” during the Las Vegas stop of his Farewell Yellow Brick Road: The Final Tour at Allegiant Stadium on Nov. 1.Getty Images 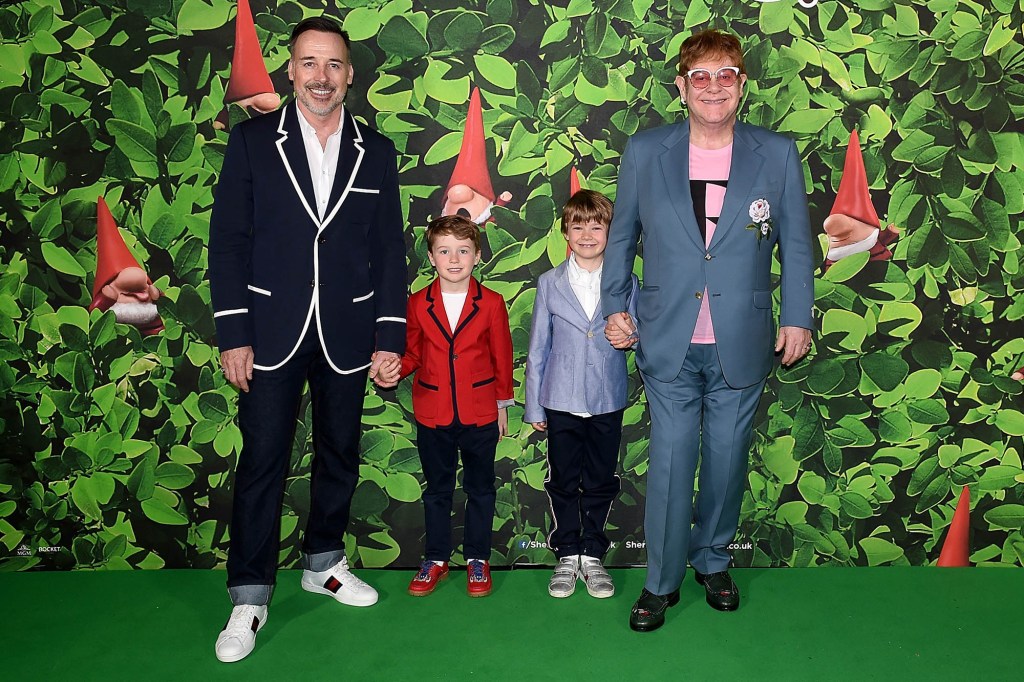 “It wasn’t the happiest time of my life, but I bounced back pretty quickly,” John said. “I was the biggest I could possibly be. But to be there again on my own, and to finish off the North American tour, with three days at Dodgers Stadium — I could not ask for a more wonderful ending.”

But with his Dua Lipa duet on the “Rocket Man” revamp “Cold Heart,” and his Britney Spears collaboration on “Hold Me Closer” — a reworking of “Tiny Dancer” — John has hardly seemed like an artist at the end of his road in 2022. 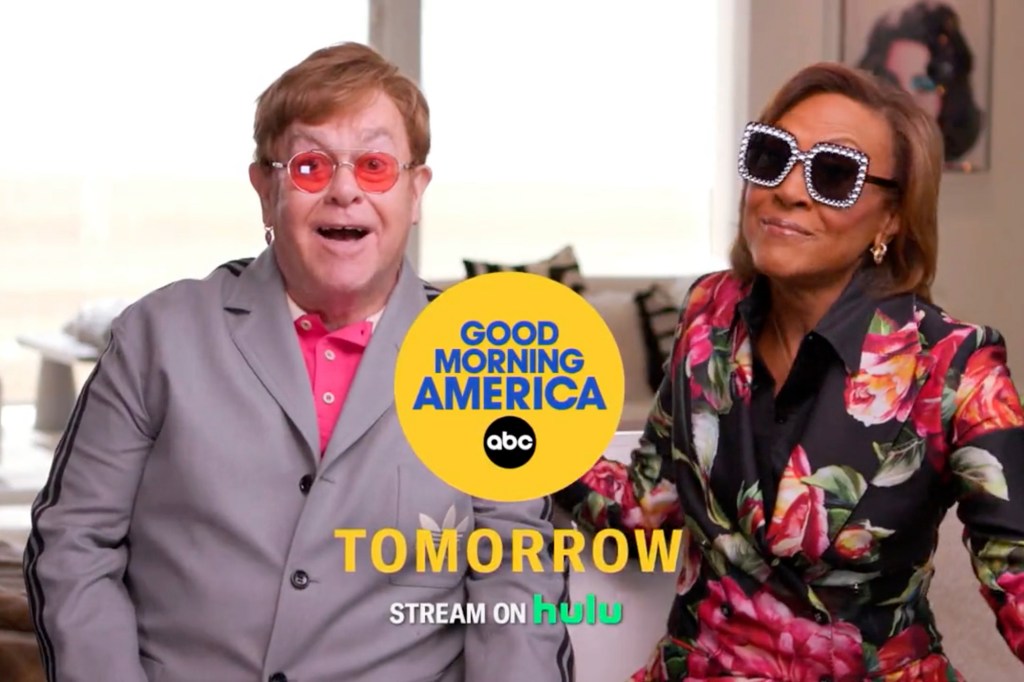 Elton John opened up about his final US show, his family and his musical collaborations in a Tuesday interview with Robin Roberts on ABC’s “Good Morning America.”GMA/Twitter 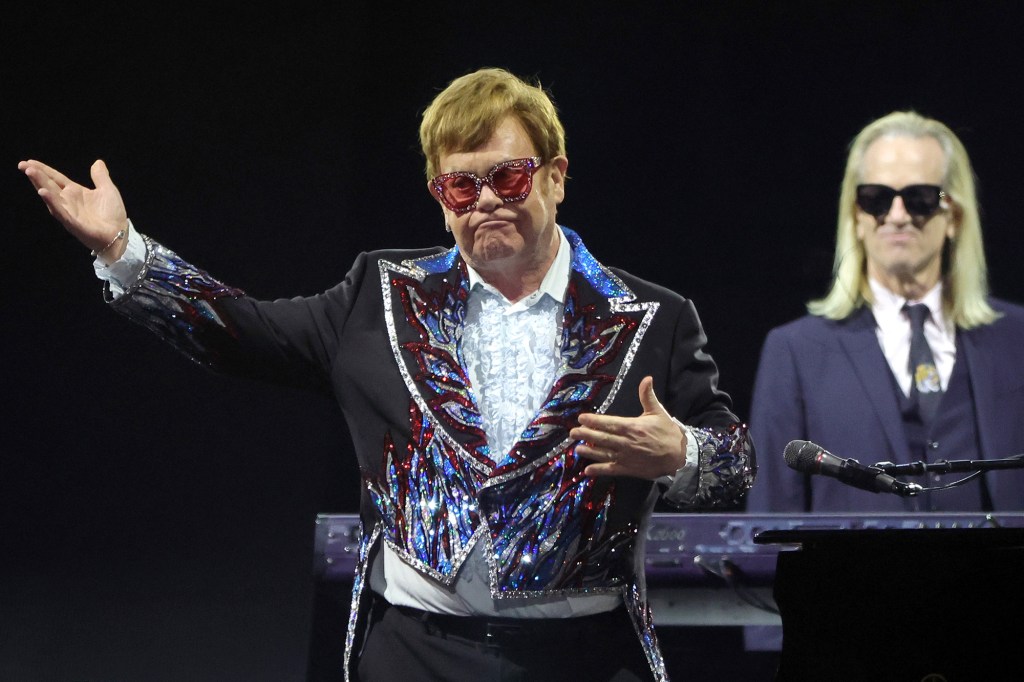 When his farewell tour finally ends in Europe next year, the Rocket Man is looking forward to just being a family man with his husband, David Furnish, 60, and their two sons, Zachary Jackson Levon Furnish-John, 11, and Elijah Joseph Daniel Furnish-John, 9.Getty Images

And John hinted that this may not be the end of his cross-generational collaborations.

“A lotta people don’t embrace the new, and their songs, which are great, don’t shift over to the new,” he told “GMA.” “You have to and you know … I love it, because as I say, the young make me feel special.

“I have a lot of energy, but when you’re 23, 24, you have a different kind of energy,” he added. “And it shows in their music. When you work with those people, you learn a lot, too. It’s a no-brainer.”

When his farewell tour finally ends in Europe next year, the Rocket Man is looking forward to just being a family man with his husband, David Furnish, 60, and their two sons, Zachary Jackson Levon Furnish-John, 11, and Elijah Joseph Daniel Furnish-John, 9.

“They both play the piano, and Elijah stared playing the trumpet,” John said. “Elijah is heading towards the stage. I don’t know what Zachary’s gonna do — his passion is fishing. And the greatest thing about my life is that when we had these children, everything changed.

“That’s why I’m coming off the road,” he added. “What more could I want? I’ve had enough applause … I just want the applause of my children saying, ‘You’ve been a good dad.’ ”

elton reveals heading towards stage
Read The Rest at
nypost.com Will Ferrell likes to bring fake testicles from... Pentatonix is going on a Christmas tour. We...