Dougie Hamilton scored late to tie the game and netted a power-play goal with 1:06 left in overtime to lead the New Jersey Devils to a 3-2 win over the Vegas Golden Knights at Prudential Center on Tuesday night.

Ondrej Palat also scored and Vitek Vanecek made 28 saves as the Devils improved to 7-0-1 in their last eight games. Vanecek has won a career best eight games in a row, becoming New Jersey’s first goalie to do that since Martin Brodeur in 2007-08.

Ben Hutton and William Karlsson scored for the Golden Knights, who are 2-5-1 in their last eight games. Rookie All-Star Logan Thompson had 35 saves for Vegas.

Hutton was in the penalty box for tripping when Hamilton netted his 13th goal of the season with a shot from between the circles. He also scored in overtime on Sunday to allow New Jersey to beat Pittsburgh. 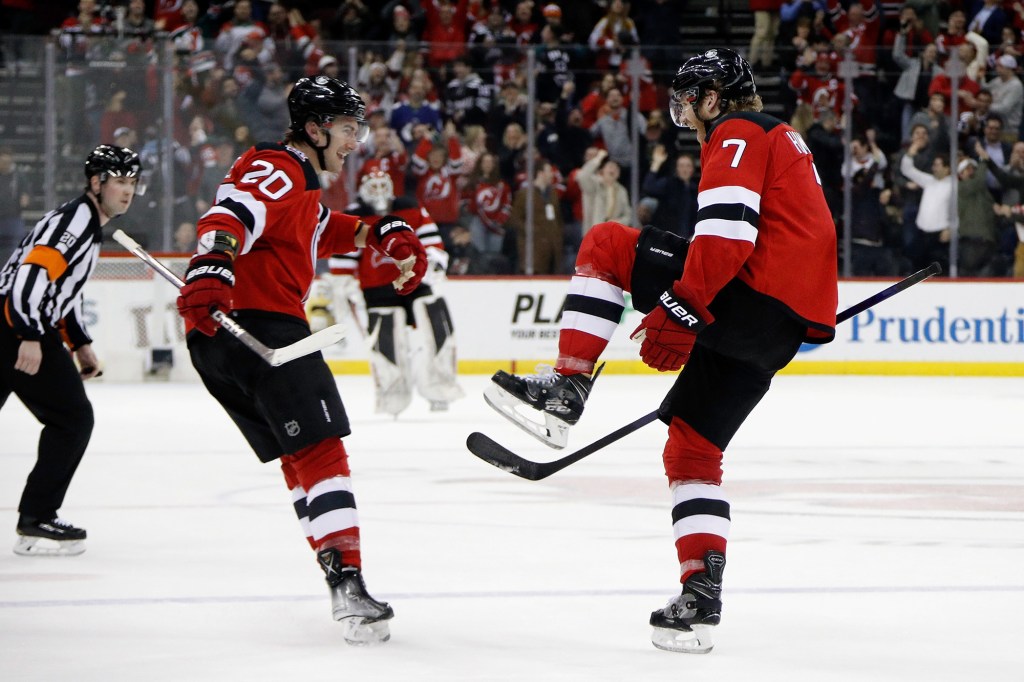 Dougie Hamilton (r.) of the Devils celebrates his game-winning overtime goal against the Vegas Golden Knights with Michael McLeod on Tuesday night.Getty Images

Hamilton tied the game with 1:10 to play with a shot from the right point that seemed to be deflected by a defenseman. 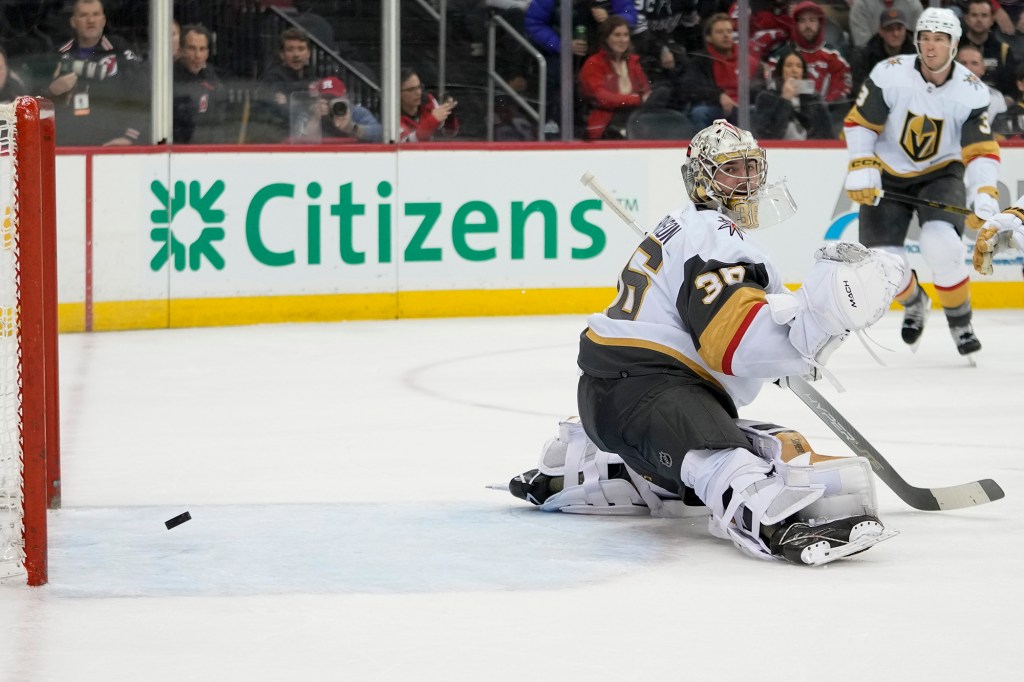 Hutton and Karlsson had given the Golden Knights a 2-1 lead with goal less than three minutes apart in the second period.

Palat gave the Devils the lead 3:58 after the opening faceoff. He took a drop pass from Nico Hischier and got lucky when his shot in close was deflected by defenseman Kaedan Korczak and fluttered over Thompson’s waving glove.