There is at least one person who didn’t find the Dolphins’ hilarious “butt punt” amusing.

Miami’s special teams coach Danny Crossman had the reaction you would expect after watching his punter Thomas Morstead kick the ball off the rear end of “punt protector” Trent Sherfield, resulting in a fourth-quarter safety that nearly cost the Dolphins a win over the Bills on Sunday. 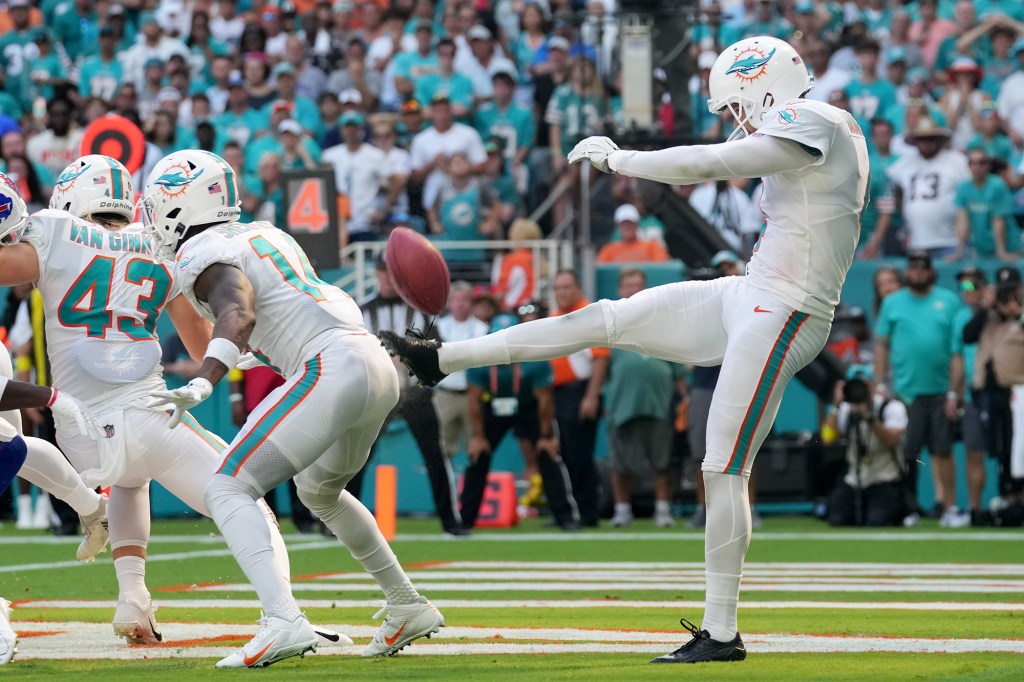 Thomas Morstead of the Miami Dolphins has his punt blocked by his own player in the fourth quarter of the game against the Buffalo Bills.Getty Images

“Absolutely zero amusement and 100 percent critical mistake that has an opportunity to possibly lose a game,” Crossman said, per the Miami Herald. “It never will get a smile from me.”

The play turned into the talk of the league, with former Jets quarterback Mark Sanchez of ‘butt fumble” fame chiming in on Twitter, writing “Woah… stay out of my lane bro @thomasmorstead.” Former Colts punter Pat McAfee spend a portion of Monday night’s Manningcast on ESPN breaking down the play and who was to blame – pointing to Sherfield.

The Dolphins – just maybe not Crossman –  should be able to at least have a good chuckle about it as they are 3-0 and one of just two unbeaten teams in the league after defeating the AFC East rival Bills, 21-19, before heading to Cincinnati to face the Bengals on Thursday night.