David Vassegh — the Spectrum SportsNet Dodgers reporter —wound up in a cast after his trip down Bernie the Brewers’ slide didn’t go as planned at American Family Field in Milwaukee.

The Dodgers broadcast showed Vassegh’s trip down the slide, which saw the reporter repeatedly yelling, “Holy crap” — before he slammed into a support wall and immediately grabbed his right arm.

Vassegh, whose right arm appeared to get stuck behind him when he hit the wall, was grimacing in pain while holding his arm and rolling around on the ground.

Vassegh then appeared on the broadcast in a soft cast up to his elbow. 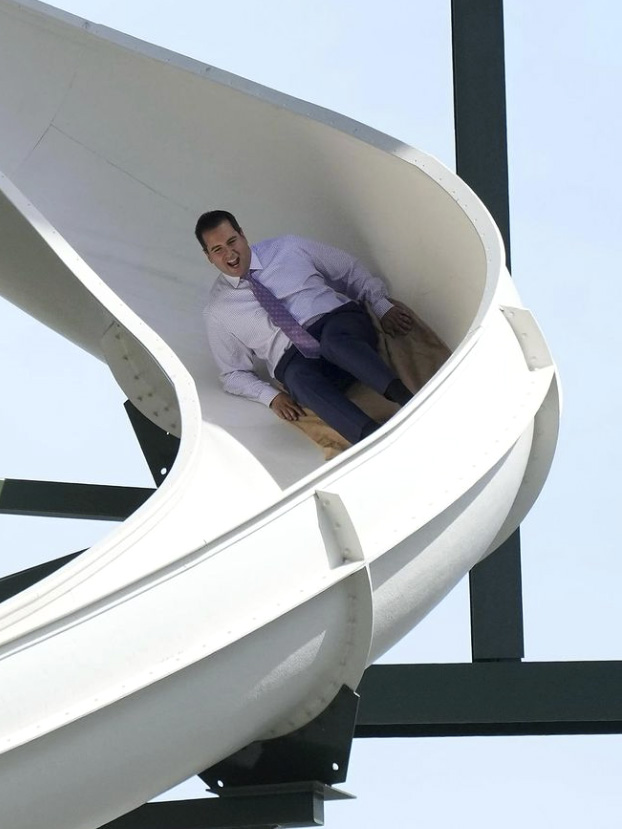 “Hi guys, I do my own stunts, Tom Cruise style,” he said, smiling.

Vassegh reportedly said he has two fractures in his right hand/wrist and six fractured ribs.

When Vassegh interviewed Austin Barnes, who homered in LA’s 2-1 victory, the Dodgers catcher said, “That one was for you. I know you had a little accident today on the slide. We all rallied today for you.” 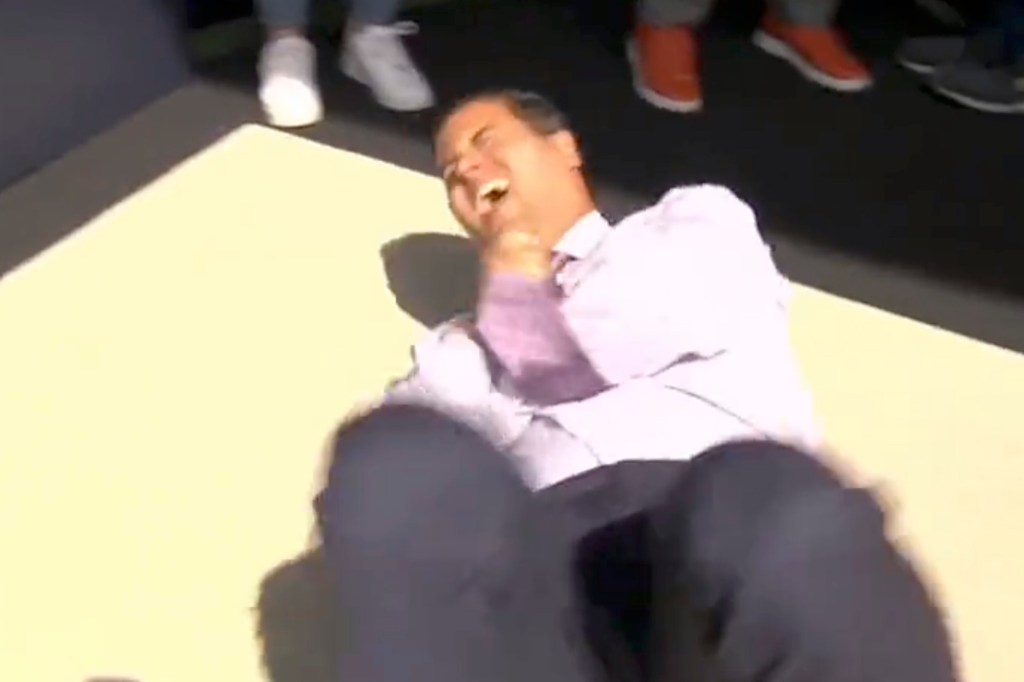 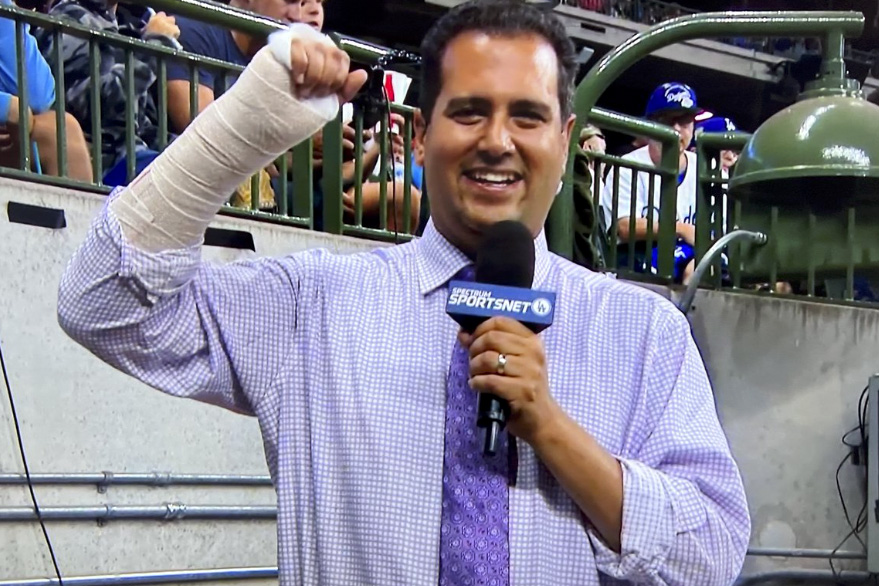 “I tried to @shaqtin and slide won,” Vassegh tweeted, referring to Shaquille O’Neal’s Shaqtin’ A Fool — a show that highlights the most outrageous and foolish plays in the NBA.