Los Angeles Dodgers first baseman Freddie Freeman reportedly fired his agent after telling friends he was “angry” with how his free-agent negotiations played out.

Freeman — who was represented by Excel Sports Management, with Casey Close as his lead negotiator — is now representing himself, according to ESPN.

Freeman signed a six-year, $162 million deal with the Dodgers in March, after spending the first 12 years of his career with the Braves and winning a World Series with Atlanta last season.

“Last weekend in Atlanta was a very emotional time for me and my family,” Freeman said Tuesday, referring to his tearful homecoming at Truist Park. “I am working through some issues with my longtime agents at Excel. My representation remains a fluid situation and I will update if needed.”

After his emotional return to Atlanta for the three-game series this past weekend, Dodgers pitcher Clayton Kershaw said he had hoped Freeman’s L.A. team isn’t playing “second fiddle” to his beloved Braves. 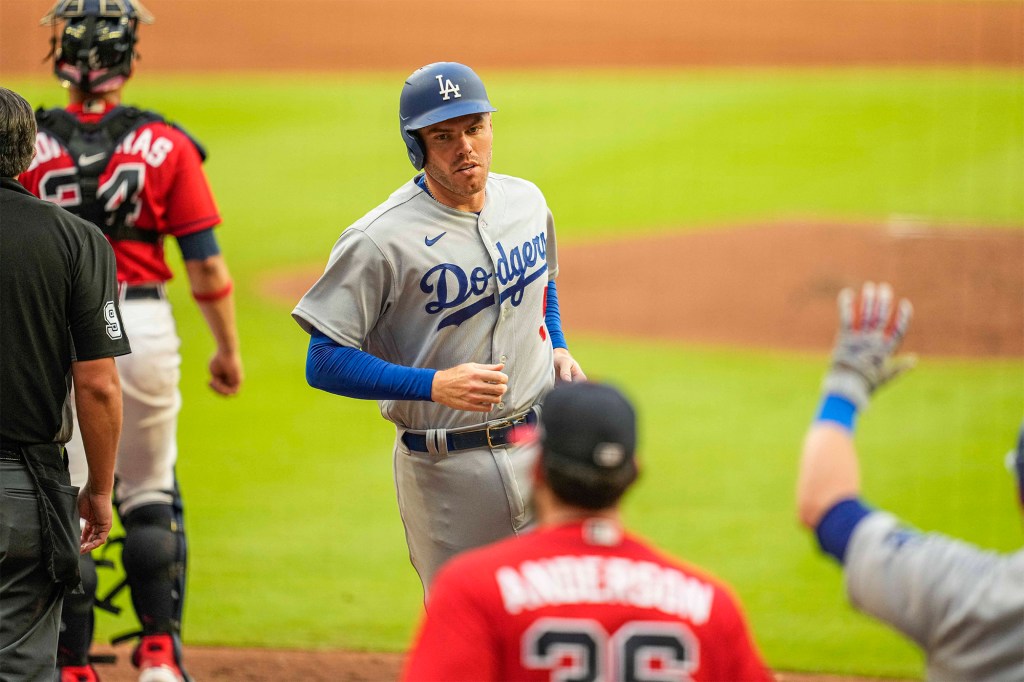 The MLB Players Association sent an email to agents on Freeman’s behalf on Monday, ordering agents to not contact Freeman, which is a common practice when players do not want to be bombarded by agents. Freeman reportedly reached out to some of his former Braves teammates and expressed shock at how his negotiations had played out, ESPN reported.

Back in March, Freeman’s agent, Close, reportedly contacted Braves president of baseball operations Alex Anthopoulos and presented two requests that far exceeded Freeman’s expectations and said the Braves had an hour to respond.

Freeman felt as though his agents proposed an ultimatum to his longtime team, according to MLB.com’s Mark Bowman, though his representation contend it was nothing of the sort.

The Braves, at the time, kept an offer of $135 million over five years available — the remainder of the initial deal Close helped negotiate for Freeman in 2014. Close came back to Atlanta with a counter and a deadline, which the Braves turned down.

Freeman said at the time that he was “blindsided” by the Olson trade.

“I think every emotion came across,” he said. “I was hurt.”

The first baseman also said he only received “two calls” from the Braves in the offseason.

“I only got one offer,” Freeman said about Atlanta. “The last formal offer I got was at the trade deadline. We countered and that was it.”

After Freeman helped the Braves win a World Series last season, he sounded committed to Atlanta — the team that selected him in the second round of the 2007 MLB Draft.

Freeman earned five All-Star selections and an All-MLB first team nod in his 12 seasons with the Braves. He hit .295 with 271 homers and 941 RBIs in his Atlanta career.

With the Dodgers, Freeman is hitting .304 with eight home runs and 46 RBIs in 72 games. Winona Ryder on split with Johnny Depp: ‘That...