This husband’s commitment may well be the ninth wonder of the world.

As a sign of his love for his wife, this devoted hubby went so far as to build her a replica of the Taj Mahal. Anand Prakash Chouksey’s re-creation of the world-famous 1632 palace in Burhanpur, India ran him $260,000 and includes a special room, its creation specifically requested by his wife, Manjusha.

“She only had one demand with this house,” Chouksey told Reuters of the scaled-down replica, which he commissioned artisans and sculptors from across the nation to construct. “She wanted a good meditation room. It is in the best location inside [the] house. Since it is a dome-styled house, it is ideal for meditation and peaceful relaxation.”

Chouksey, who is a teacher in the central state of Madhya Pradesh, thus told his engineers to “put a special focus on the meditation room.” 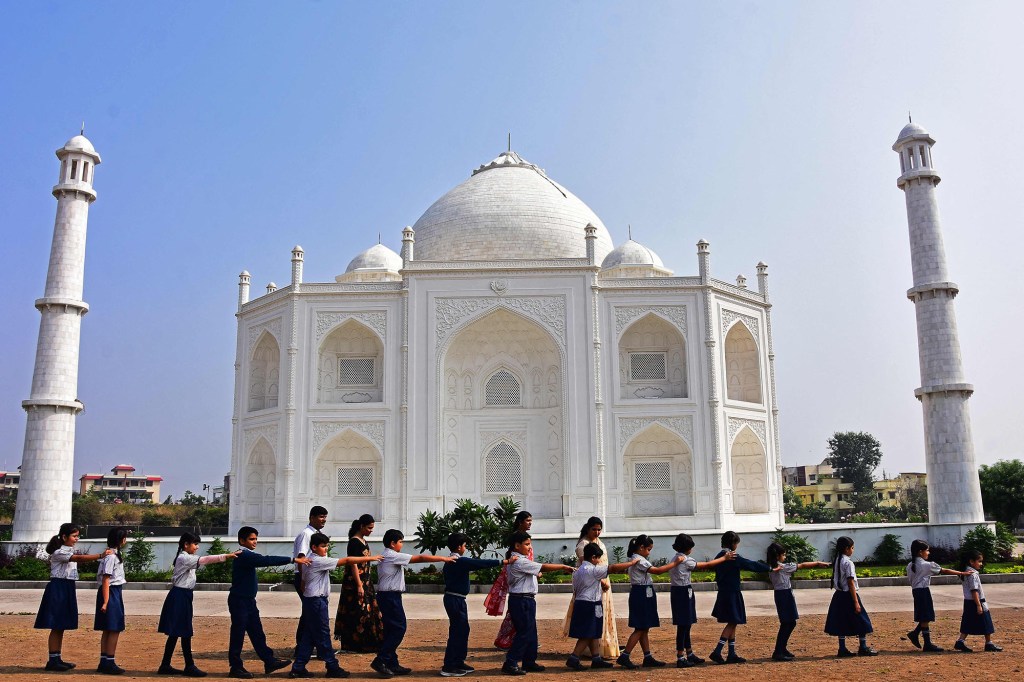 The replica is located in Burhanpur, India.AFP via Getty Images 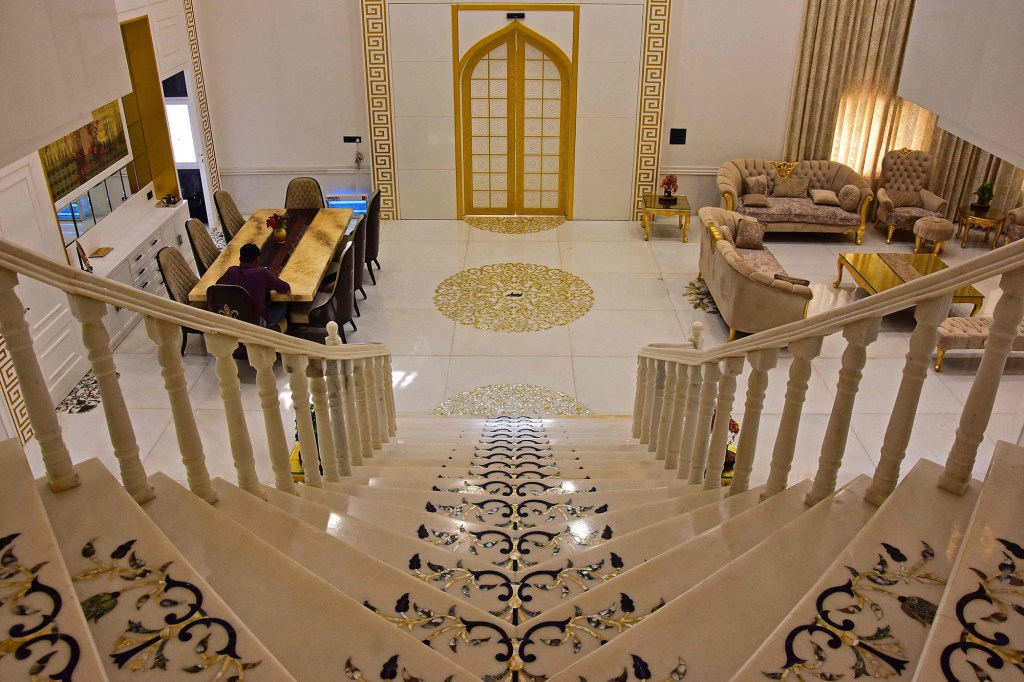 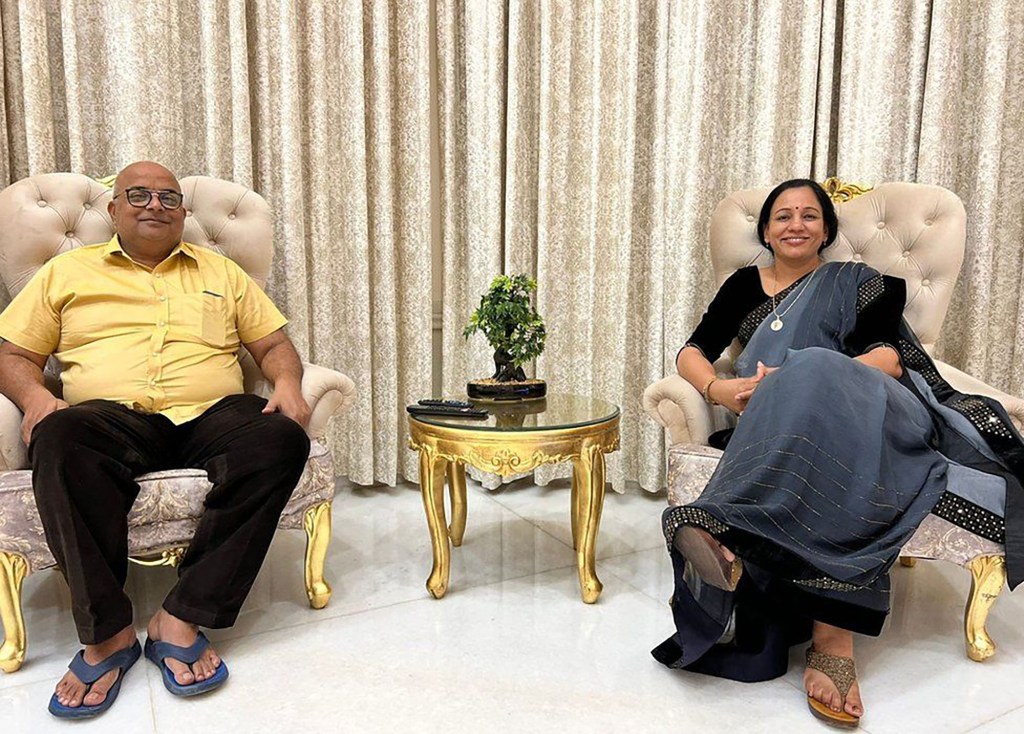 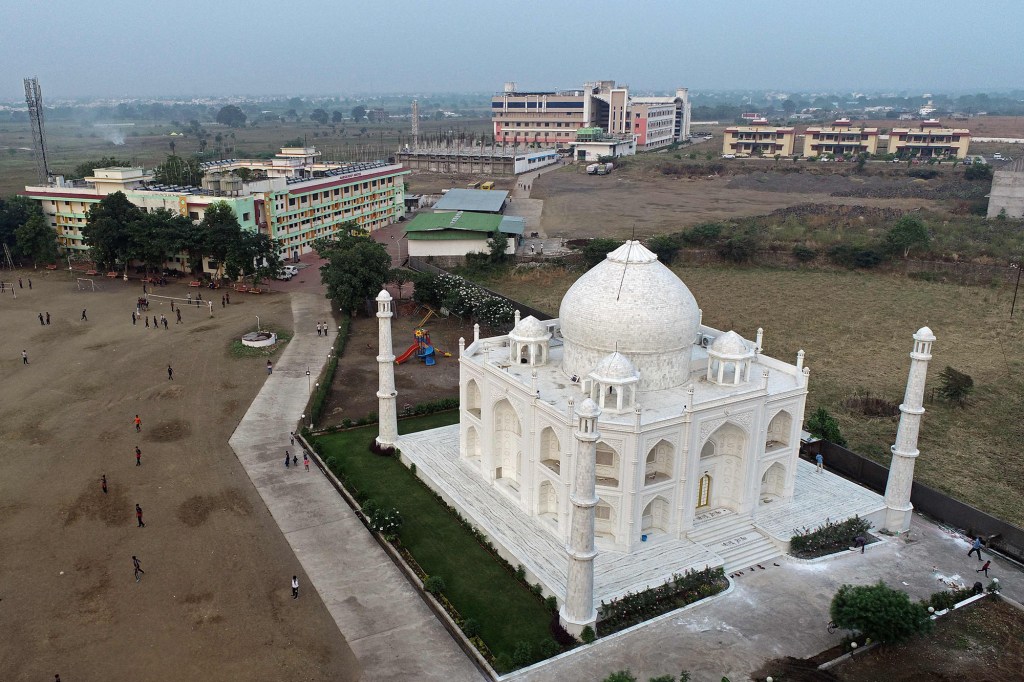 The replica of the Taj Mahal cost him $260,000.AFP via Getty Images

In addition to his love’s custom contemplation chamber, the miniature version of Mughal emperor Shah Jahan’s great creation — which was built as an act of love and mausoleum for his own wife — also boasts four bedrooms, a library and an intricately carved white domed roof.

To create the comparatively pocket-sized version of India’s best-known tourist attraction, the Chouksey family visited it in Agra and then used internet photos of it to scale down its measurements. 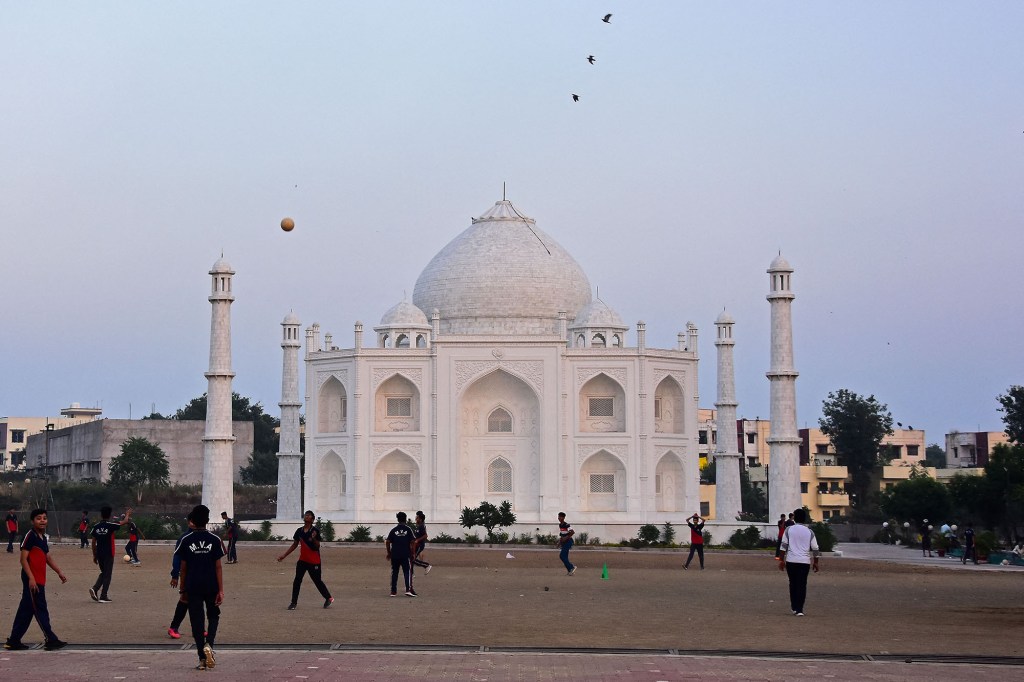 The replica includes a special meditation room.AFP via Getty Images 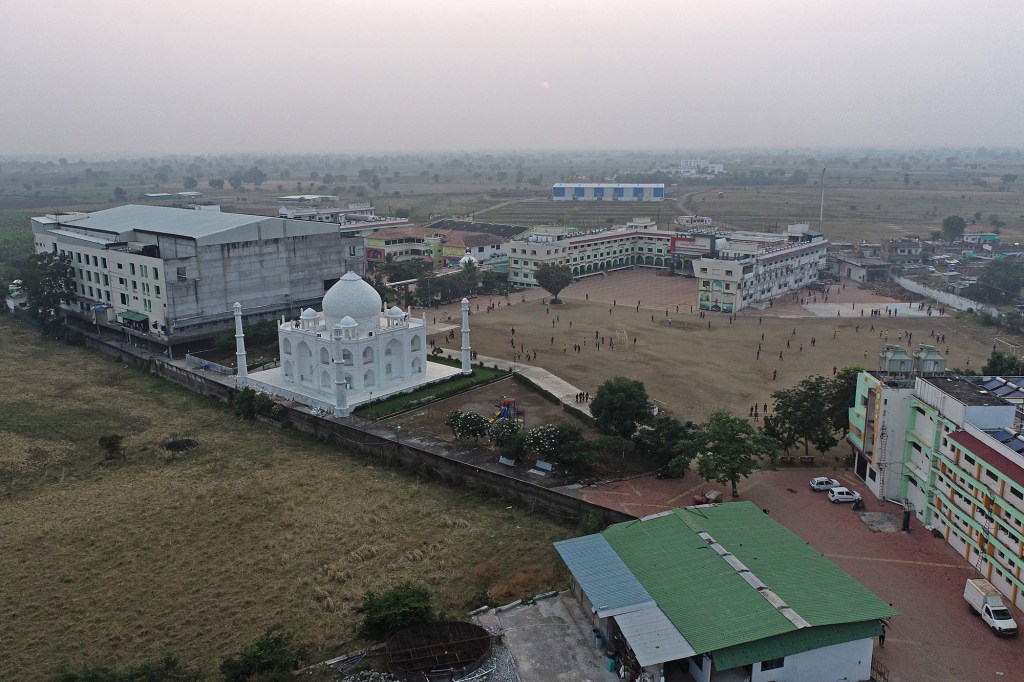 An aerial view of the replica in Burhanpur, which is in India’s Madhya Pradesh state.AFP via Getty Images 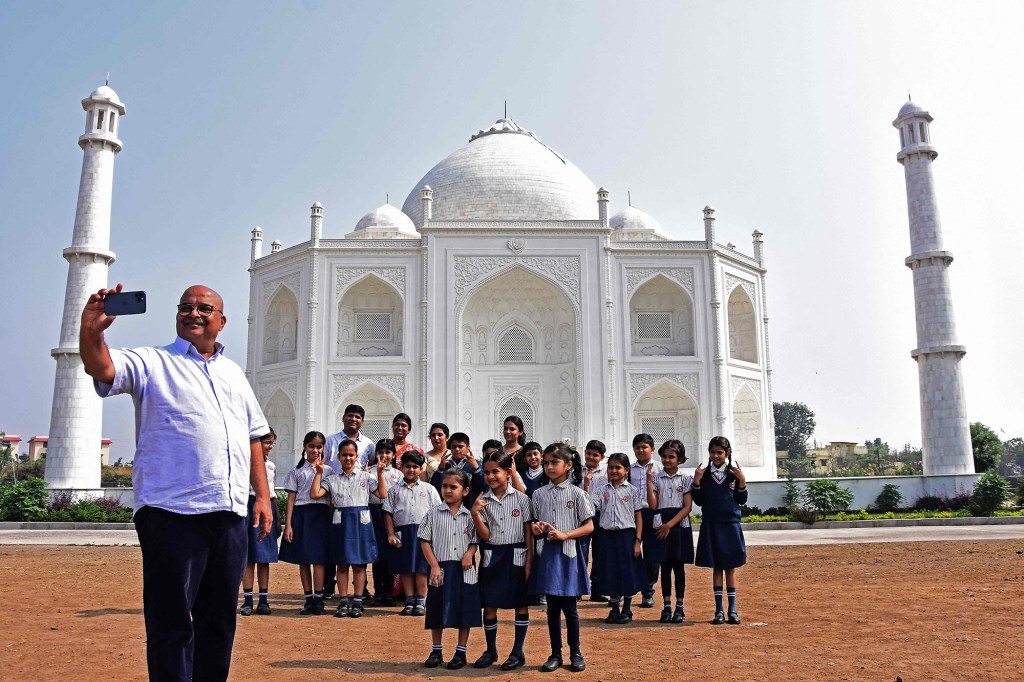 “We wanted to make an exact miniature version of the Taj Mahal, perfectly to scale, to the centimeter,” said Chouksey’s son, Kabir Chouksey. “So, we had to build and demolish and rebuild the walls multiple times to bring it to perfection. We had to rebuild some arches three to four times because there was some difference, sometimes the difference was so tiny that it’s negligible to the eye. But we thought that since we are building something good then there should not be any missed opportunity or any regret.”

The final result has brought great joy to the family, although Chouksey says his wife is generally approving of him, custom-made miniature Taj Mahal or not. 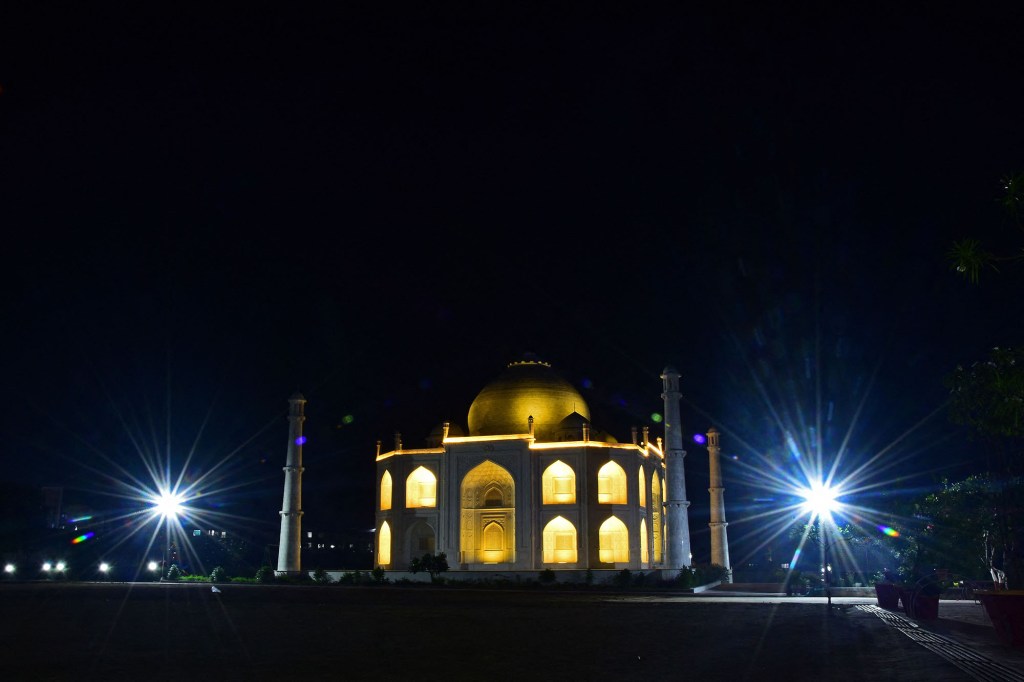 Of course, the replica is not to scale.AFP via Getty Images 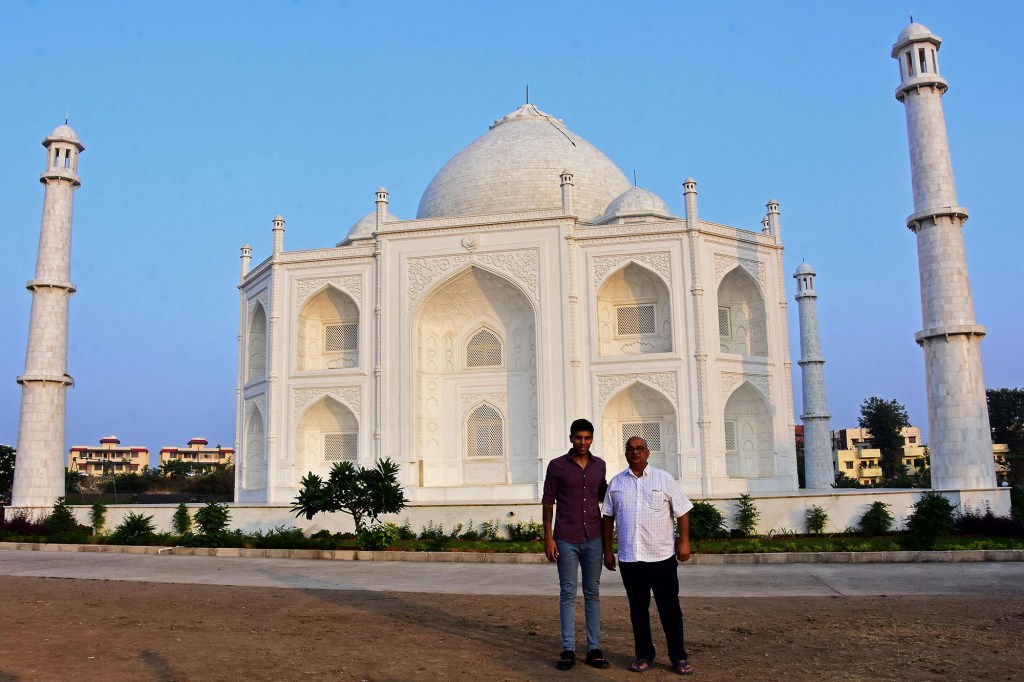 Anand Prakash Chouksey (R) and his son Kabir pose in front of the replica of the Taj Mahal.AFP via Getty Images 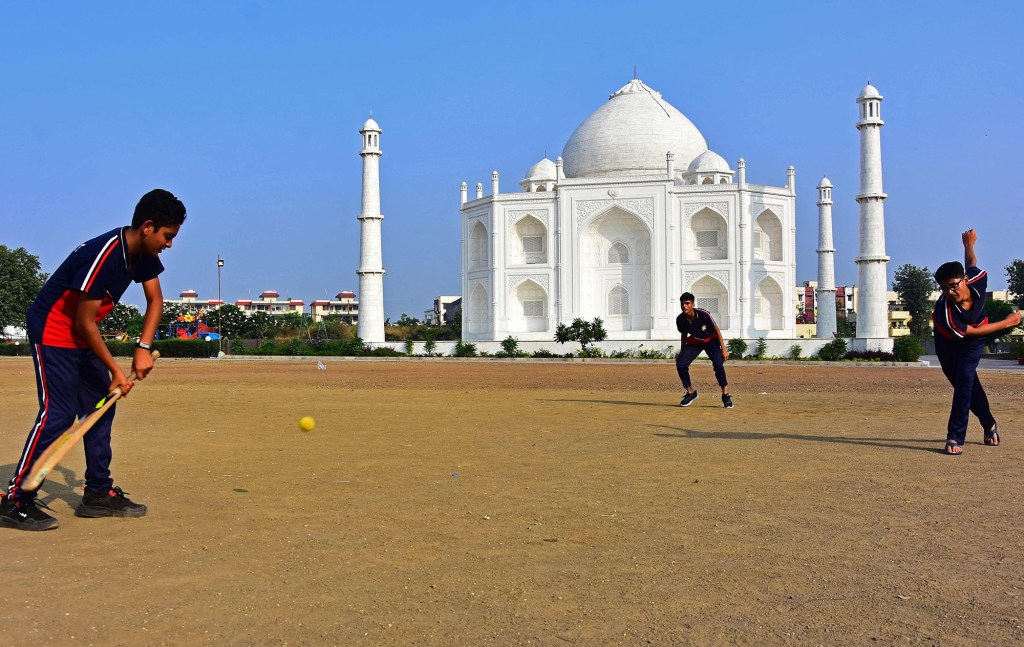 The replica is open to visitors during school hours.AFP via Getty Images

“She is happy with me in every situation, all ups and downs,” he said. “She always supports me irrespective of my gift.”

The romantic monument to his love is open to visitors during school hours. Robert Griffin III promises to expose a lot in...