Issey Miyake, who built one of Japan’s biggest fashion brands and was known for his boldly sculpted pleated pieces as well as former Apple CEO Steve Jobs’ black turtlenecks, has died. He was 84.

Miyake defined an era in Japan’s modern history, reaching stardom in the 1970s among a generation of designers and artists who reached global fame by defining a Japanese vision that was unique from the West.

Miyake’s origami-like pleats transformed usually crass polyester into chic. He also used computer technology in weaving to create apparel. His down-to-earth clothing was meant to celebrate the human body regardless of race, build, size or age.

Miyake even detested being called a fashion designer, choosing not to identify with what he saw as a frivolous, trend-watching, conspicuous consumption. 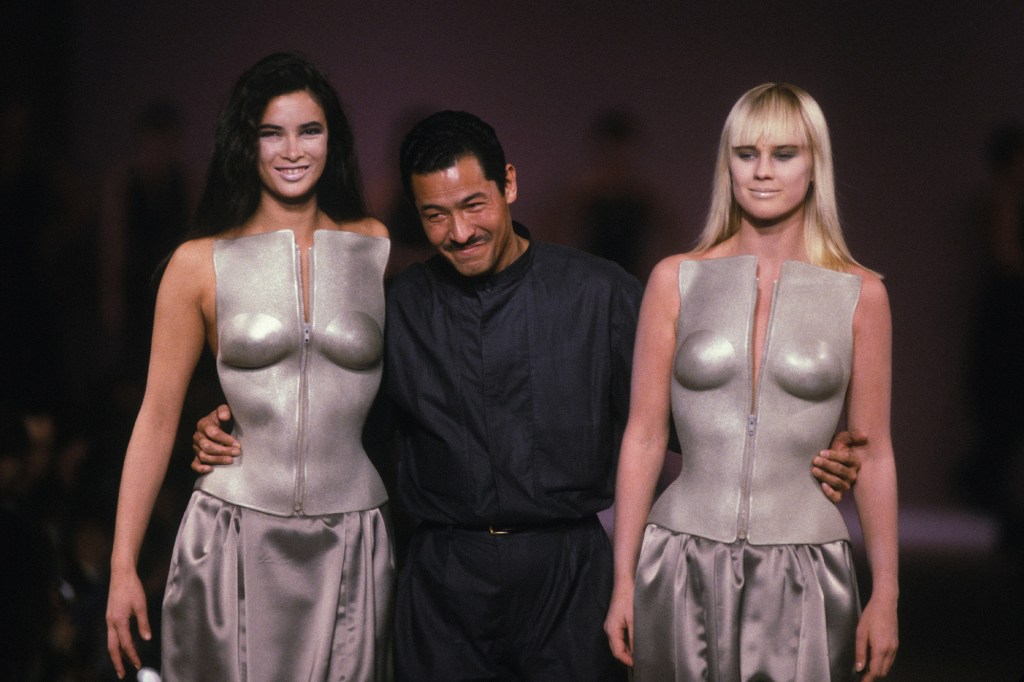 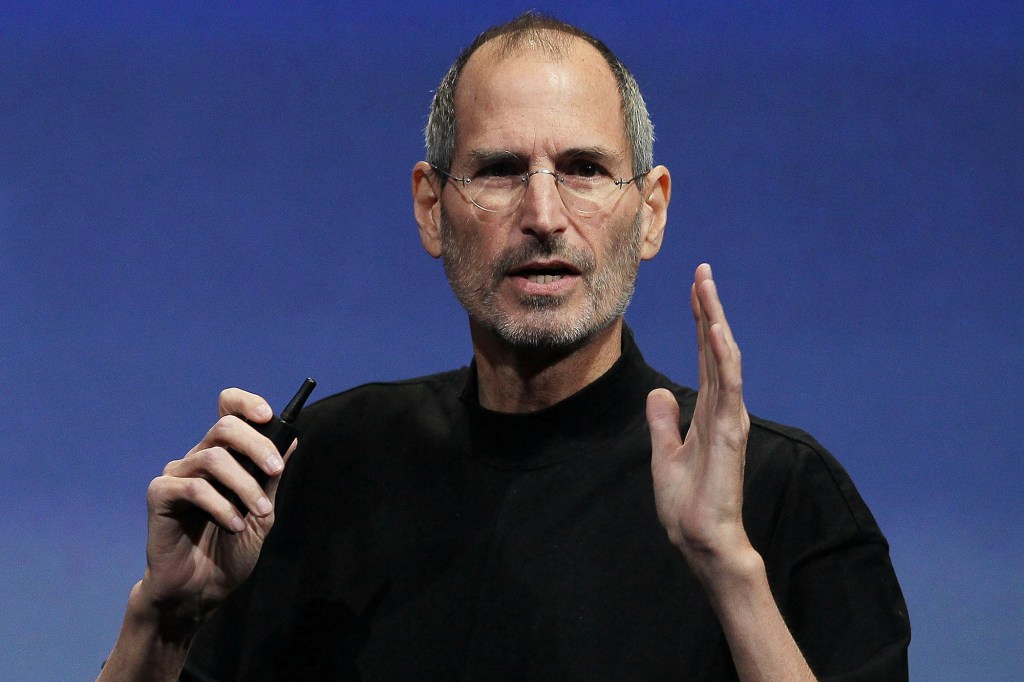 The late Apple CEO had Miyake make him hundreds of the black turtlenecks, which he always paired with 501 jeans.Getty Images 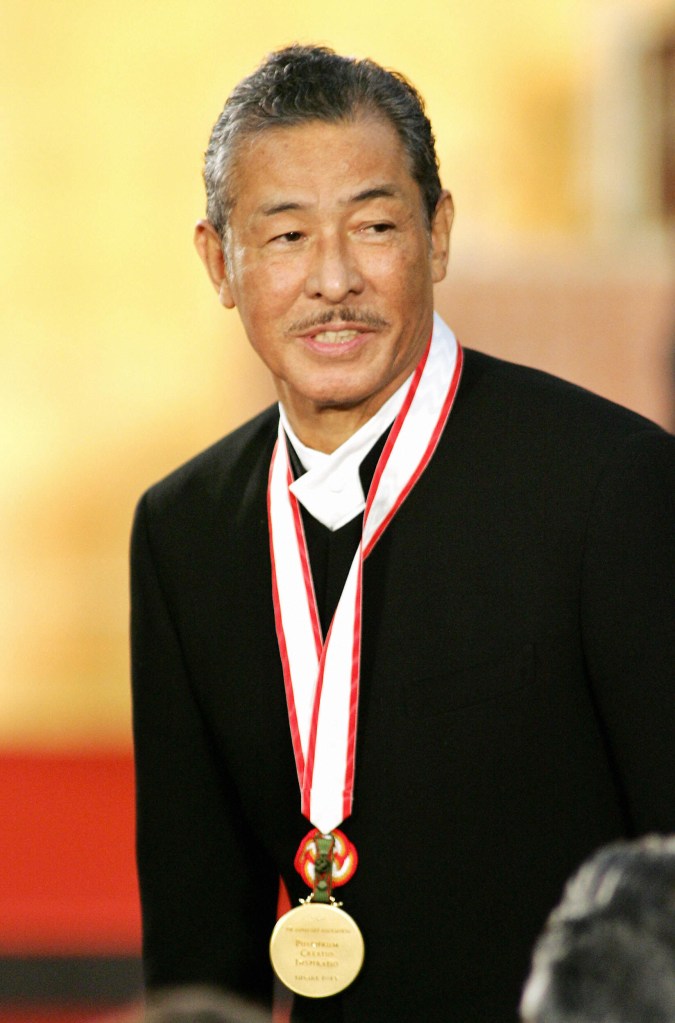 Japanese fashion designer Issey Miyake smiles after receiving the gold medal of the Praemium Imperiale at the awarding ceremony in Tokyo, October 18, 2005. AFP via Getty Images

Again and again, Miyake returned to his basic concept of starting with a single piece of cloth — be it draped, folded, cut or wrapped.

Over the years, he took inspiration from a variety of cultures and societal motifs, as well as everyday items — plastic, rattan, “washi” paper, jute, horsehair, foil, yarn, batik, indigo dyes and wiring.

He sometimes evoked images of Jimi Hendrix and Janis Joplin, or collaborated with Japanese painter Tadanori Yokoo in images of monkeys and foliage in vibrant, psychedelic hues. 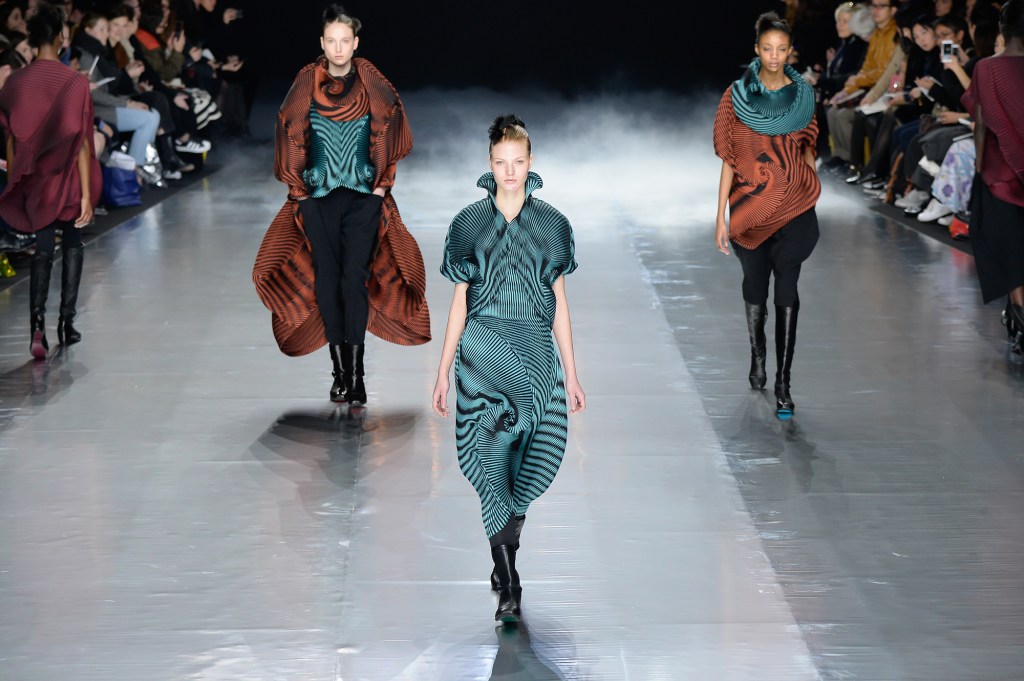 Issey Miyake was known for his origami-like sculpted pleats, seen here on the runway during Paris Fashion Week for the Fall 2017 season.Getty Images 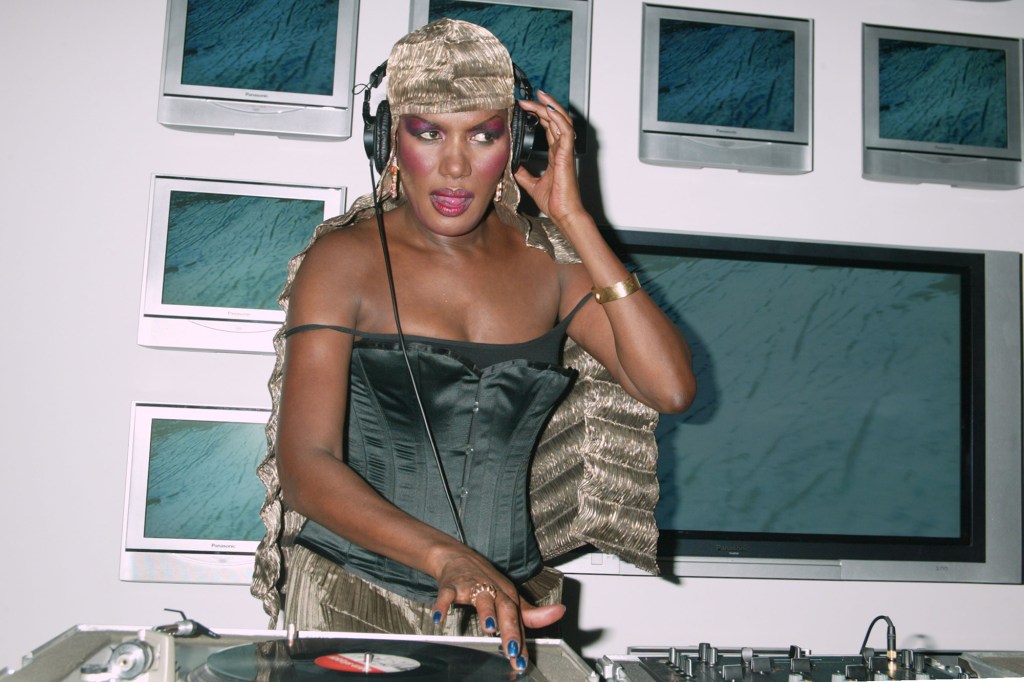 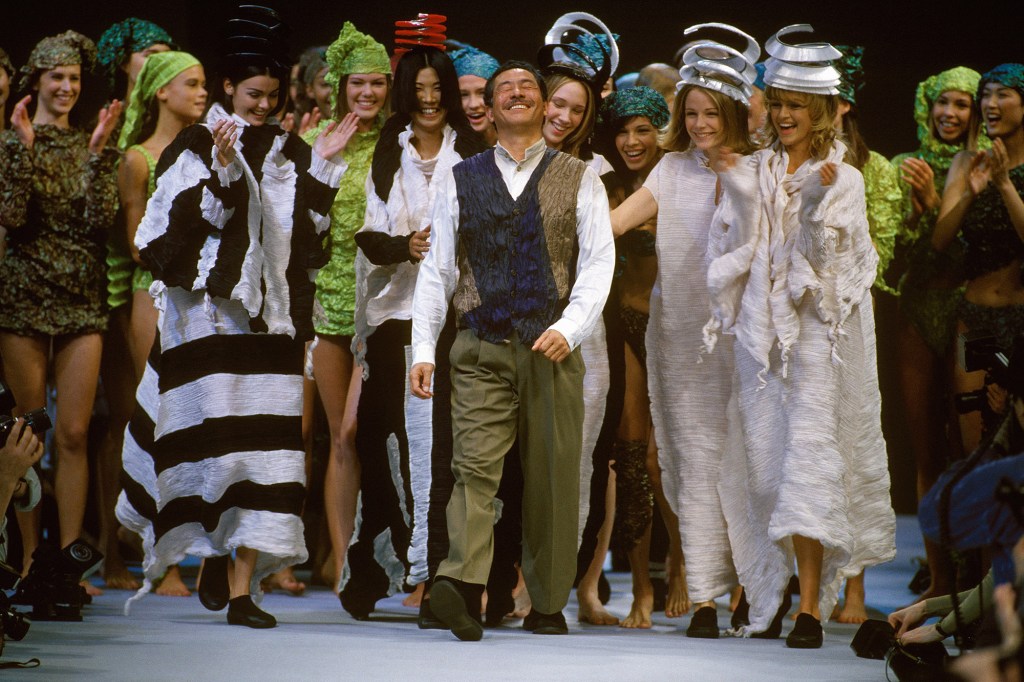 Issy Miyake at the Gall 1993 show during Paris Fashion Week.Gamma-Rapho via Getty Images

In 1992, Miyake was commissioned to design the official Olympic uniform for Lithuania, which had just gained independence from the Soviet Union.

Born in Hiroshima in 1938, Miyake was a star as soon as he hit the European runways. His brown top, which combined the Japanese sewn fabric “sashiko” with raw silk knit, was splashed on the cover of the September 1973 issue of Elle magazine. 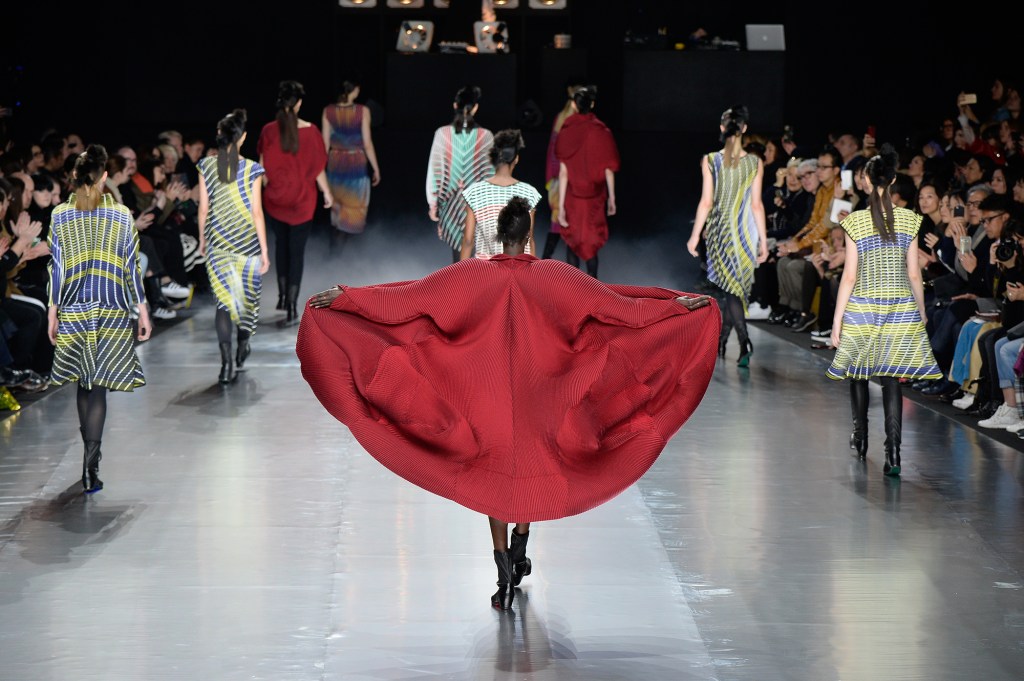 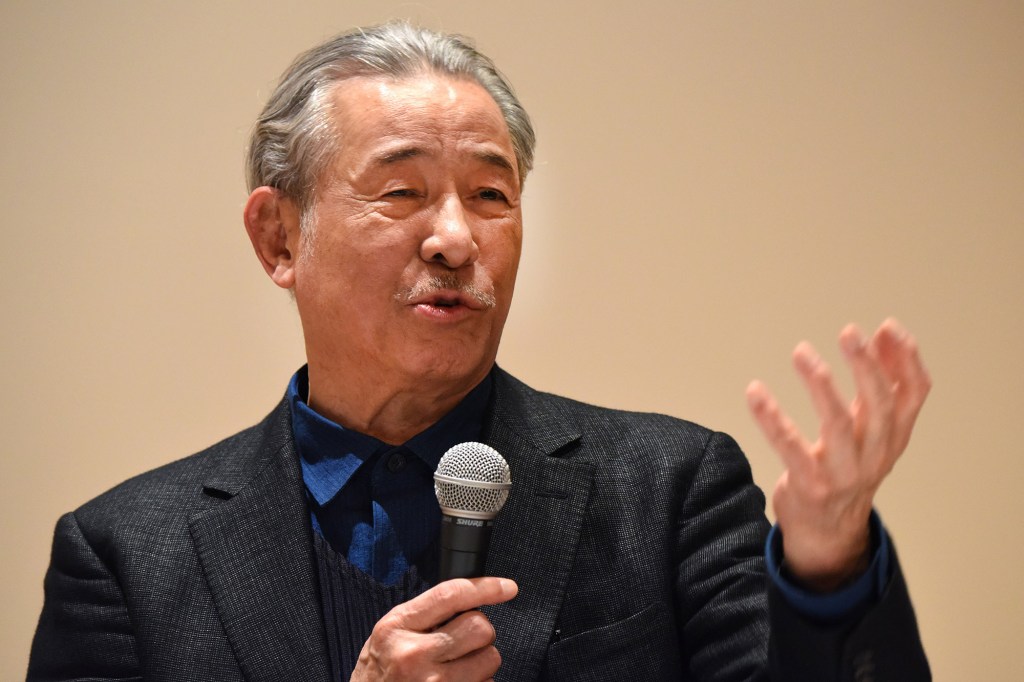 Born in Hiroshima in 1938, Miyake was a star as soon as he hit the European runways.AFP via Getty Images

Miyake was also a pioneer in gender roles, asking feminist Fusae Ichikawa in the 1970s — when she was in her 80s — to be his model, sending the message that garments must be comfortable and express the natural beauty of real people.

Although he made clothes that went beyond the mundane, appearing to reach for the spiritual, he made a point to never get pretentious, always approving of the T-shirt-and-jeans look.

“Designing is like a living organism in that it pursues what matters for its well-being and continuity,” Miyake once wrote in his book.

His office confirmed a private funeral had already been held and other ceremonies will not be held in accordance with Miyake’s wishes. Miyake kept his family life private, and survivors are not known.