Everything was briefly all right once the Mets finally faced a lefty Friday night.

The Mets had faced righty starters all week, which meant Darin Ruf, acquired from the Giants at the trade deadline, and Eduardo Escobar, who had recently been forced into a platoon, have been out of the lineup so their lefty-hitting complements could play.

Ruf and Escobar stayed ready and took advantage of the opportunity as soon as a southpaw emerged from the Braves’ bullpen.

Both hitters came through in the clutch with run-scoring hits in a four-run fifth inning that gave the Mets hope, but was not enough in an eventual 9-6 loss to the Braves at Citi Field.

Ruf, who came over in a Tuesday trade, had not played since Monday in San Francisco. Escobar had pinch-hit late in a game that was all but over Wednesday, but not started a game since Monday because the new acquisitions have pushed him and Luis Guillorme into a time-share at third base. 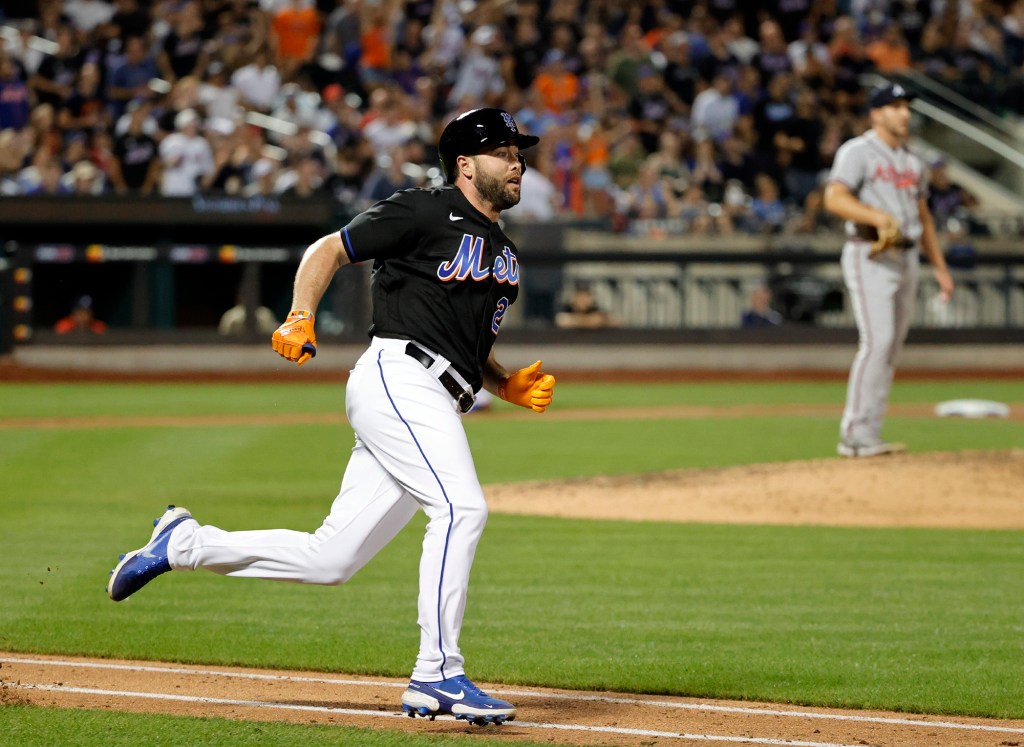 Darin Ruf rounds first base during his RBI double in the fifth inning. Jason Szenes

When lefty Dylan Lee began running from the Braves’ bullpen to replace right Ian Anderson, Ruf and Escobar finally were able to dust off their bats.

Buck Showalter pinch-hit Ruf for lefty-hitting Tyler Naquin with two runners on base. Ruf rocketed the second pitch he faced as a Met down the right-field line for a double that drove in two and brought the Mets back into the game.

“It takes a little bit of the pressure off,” said Ruf, who would have added a second hit if Braves center fielder Michael Harris II had not made a nice running grab. “Tyler and [Daniel Vogelbach] have been swinging the bat really well, so I felt like I needed to pull some weight for some of the new guys.”

Guillorme was the next scheduled hitter, but in a trend that likely will continue the rest of the season, the Mets pinch-hit to get the platoon advantage. Escobar came off the bench and grounded a single into left field, running to first with shouts of celebration in a moment that clearly was a long time coming for the struggling third baseman.

“We knew we had a chance to get back in the game there, and we took a pop at it and were able to,” said Showalter, whose magic ran out after that inning. 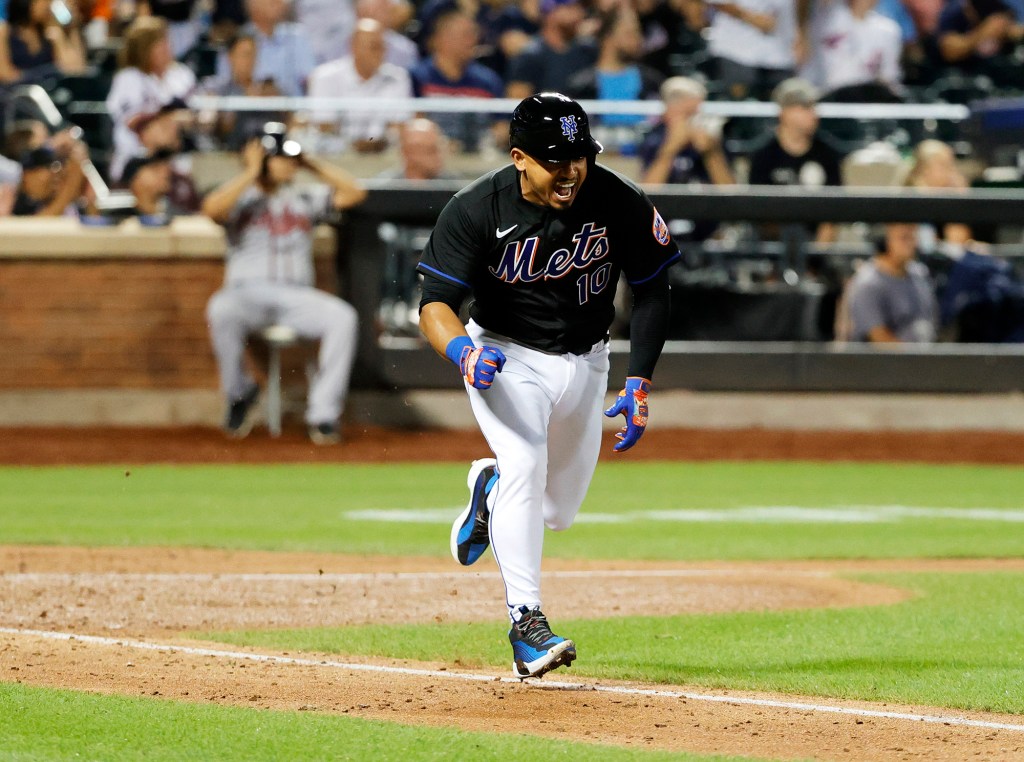 Eduardo Escobar reacts after his RBI double in the fifth inning. Jason Szenes

Ruf will see some playing time in left field and is expected to start the second game of the doubleheader Saturday at first base to give Pete Alonso a rest against lefty Max Fried. Escobar likely will get the nod, too, for a Mets team that is much deeper after the deadline.

“They made some good moves,” Braves manager Brian Snitker said. “They’ve added, and they got the platoon matchups that they want … Sometimes you’re saying, ‘God, you got 40 guys active over there?’ And legit guys, too.

“They have guys coming off that bench that like hitting left-handers.”