So, about that heavily debated trade deadline. Maybe, the Mets didn’t do so poorly, after all.

The early signs are certainly promising. Ask the Braves.

Newcomers Tyler Naquin and Daniel Vogelbach both homered Thursday night, helping the Mets start a critical five-game showdown at Citi Field against the Braves with a 6-4 victory that extended their NL East lead to 4 ¹/₂ games.

The two left-handed hitters, who will play predominantly against right-handed pitching they are known to crush, delivered key hits in the Mets’ ninth victory in 10 games. Naquin, a former Red, homered in the second and sixth innings to become the first Met go yard multiple times in his home debut. The one-time Pirate Vogelbach, meanwhile, went deep in the third inning for his second home run in as many days, electrifying the large Queens crowd of 38,693.

“We knew what they were capable of from a track record standpoint,” manager Buck Showalter said. “It’s shown itself a little bit early on why they were good fits for our needs, and why our guys and [general manager] Billy [Eppler] worked so hard to try to find the right fit.” 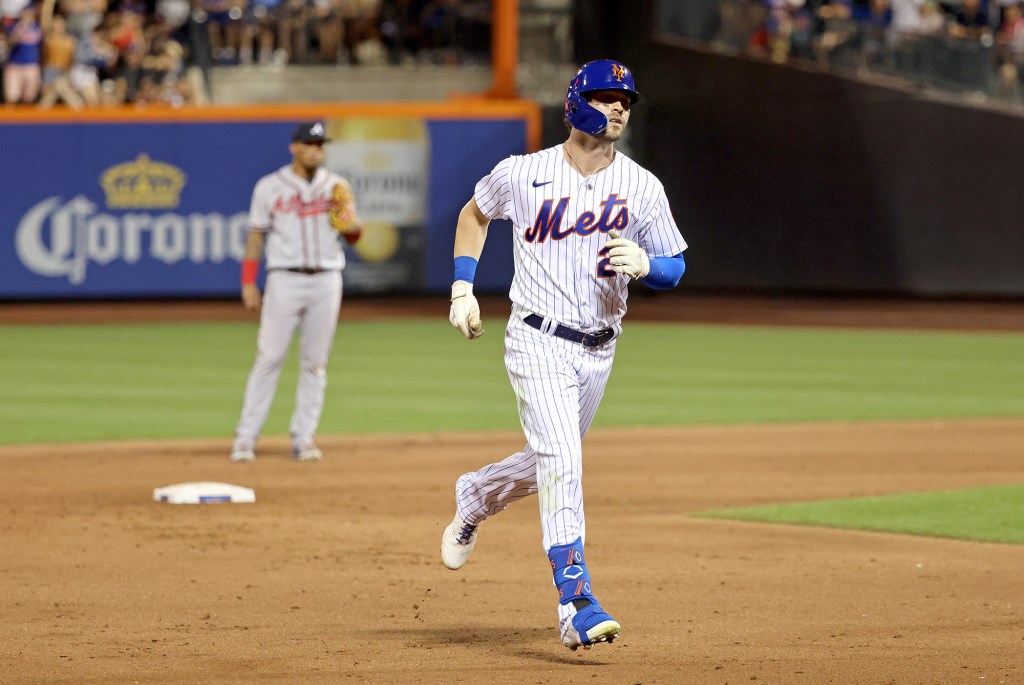 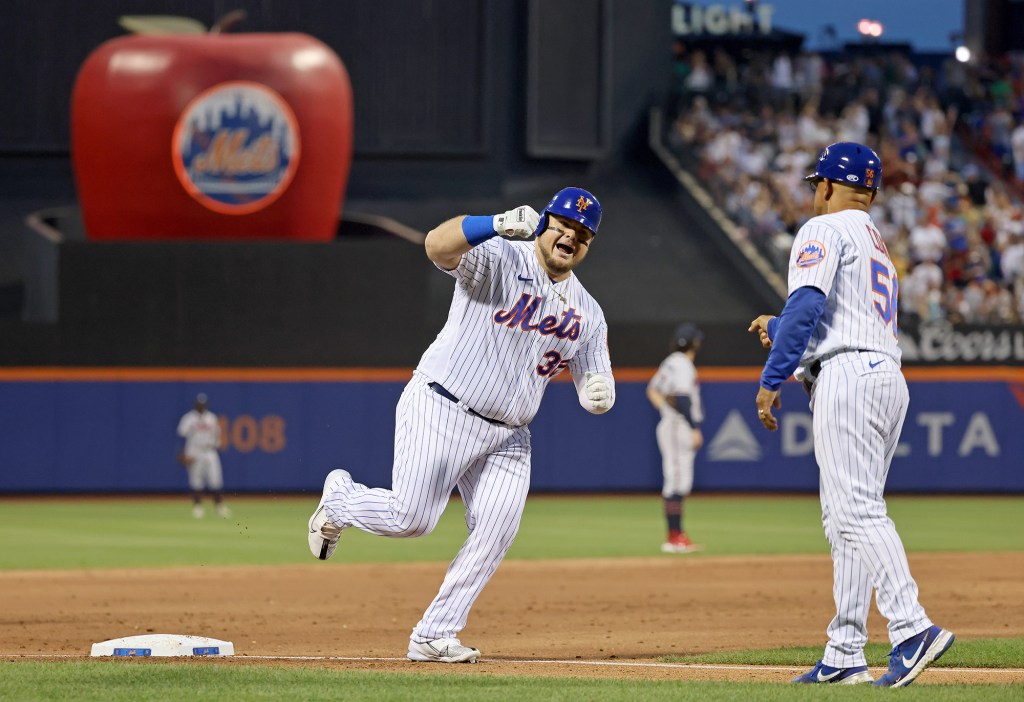 Eppler has received criticism for his inability at the deadline (perhaps due to unwillingness to deal the necessary prospects) to improve the bullpen, beyond the addition of Cubs reliever Mychal Givens, or to land a catcher, but he seems to have improved the offense. By landing Naquin and Vogelbach, and acquiring right-handed hitter Darin Ruf from the Giants, Eppler improved the Mets’ depth and gave Showalter options, depending on the opposing pitcher.

Ruf, who mashes southpaws to the tune of an .886 OPS, has yet to get an at-bat. The others have impressed. Naquin has hit safely in four of his five games as a Met, and the patient, powerful Vogelbach has four extra-base hits and has reached base in 18 of his 38 plate appearances with the team.

“It’s awesome,” Naquin, who had his family in attendance, said of his first home game as a Met. “I mean, heck, even if I had been playing here for four years, that’s a good night. Very enjoyable. The fans, even from warming up on the line, made me feel right at home.”

Vogelbach broke open the 9-5 win over the Nationals on Wednesday with a grand slam. On Thursday, Naquin went yard twice in the same game for the first time this season, pulling his first homer and going to the opposite field for his second. Vogelbach received a curtain call after he took Kyle Wright deep in the third, following Pete Alonso’s two-run shot.

Somewhere at Citi Field, Eppler had to be smiling.