Starz has released the key art and full trailer for their upcoming series Dangerous Liaisons, based on the Pierre Choderlos de Laclos classic, which you can watch in the video posted above. The eight-episode series will make its debut on November 6.

Dangerous Liaisons tells the origin story of how the Marquise de Merteuil (Alice Englert) and the Vicomte de Valmont (Nicholas Denton) meet as passionate young lovers in Paris on the eve of revolution. Driven to right the wrongs of their past, the couple rises from the slums of Paris and scales the heights of the French aristocracy, seducing and manipulating both the nobility and each other to survive.

Englert’s Camille is a beautiful young woman from nowhere with a mysterious past who seeks revenge on the wealthy aristocrats who led her to ruin. Betrayed by her lover, Valmont, she turns heartbreak into empowerment as she strategizes to gain status, power and freedom.

Dangerous Liaisons has seen a number of adaptations over the years. In the 1988 movie by Christopher Hampton, the leads were played by Glenn Close and John Malkovich. In 1999, the novel got a modern adaptation with Cruel Intentions with Sarah Michelle Gellar and Ryan Phillippe in the roles of Merteuil and Valmont, respectively.

See the key art for Dangerous Liaisons below. 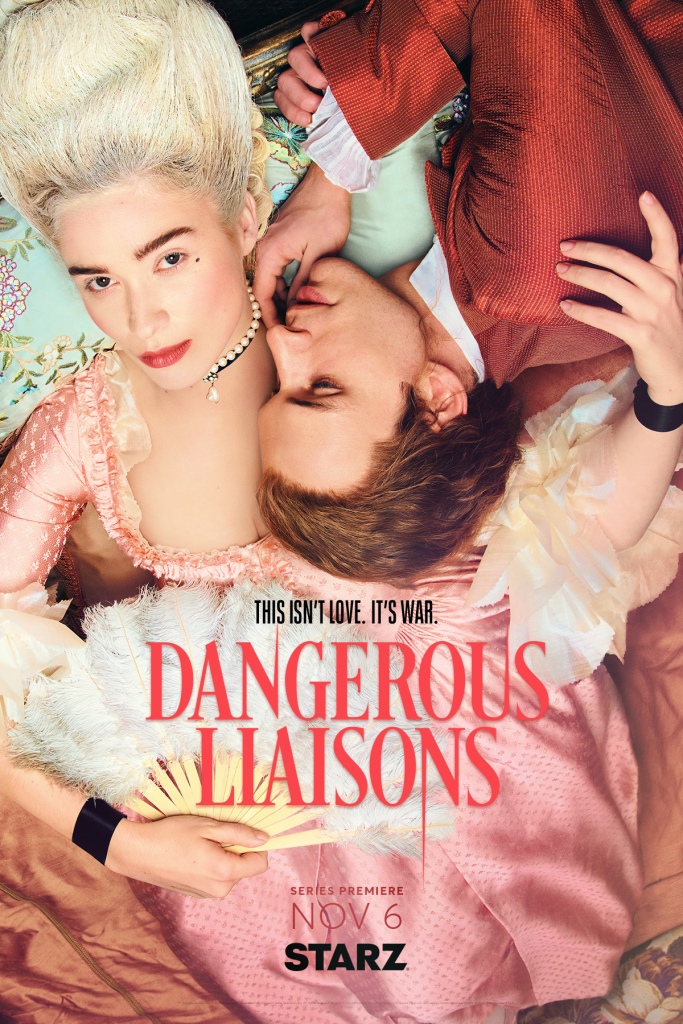