The third-seeded Pegula, a quarterfinalist the past two years at Melbourne Park, needed 65 minutes for a 6-0, 6-2 victory over Marta Kostyuk. Seventh-seeded Gauff beat Bernarda Pera 6-3, 6-2 to reach the last 16.

Pegula raced through the first set and though Kostyuk established herself in the second set, she was always playing catch-up.

“I thought I just didn’t give away a lot of free points,” said Pegula, who will meet Barbora Krejcikova, the 2021 French Open champion, in the next round. “I was playing aggressive when I had to but also smart. Happy to be through to the next round.”

Gauff had to withstand a barrage of big hitting from Pera. 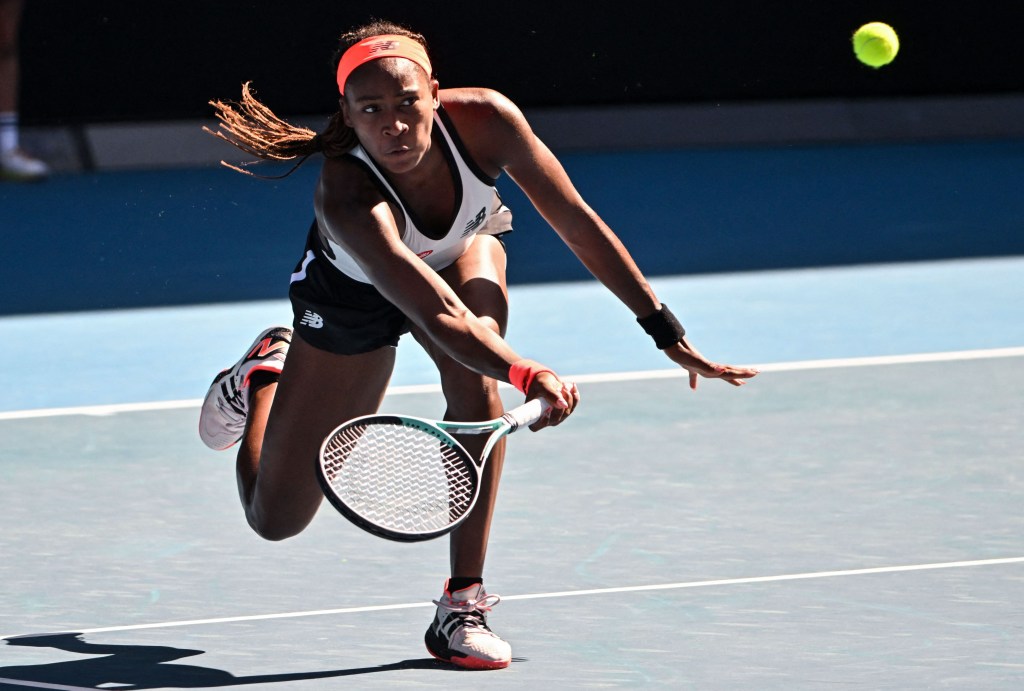 Coco Gauff hits a volley during her third-round victory in the Australian Open.AFP via Getty Images

“Today was a tough match,” Gauff said. “Bernarda hit the….I can’t say that word…she hit the ball really hard, I was just trying to hang in there. I’m happy to be through to the second week.”

Krejcikova was the first player to advance to the fourth round after a 6-2, 6-3 win over Anhelina Kalinina to open play Friday at Rod Laver Arena.

The 20th-seeded Czech player won the first five games of the match and dominated her Ukrainian opponent. Krejcikova has not dropped a set in three matches. 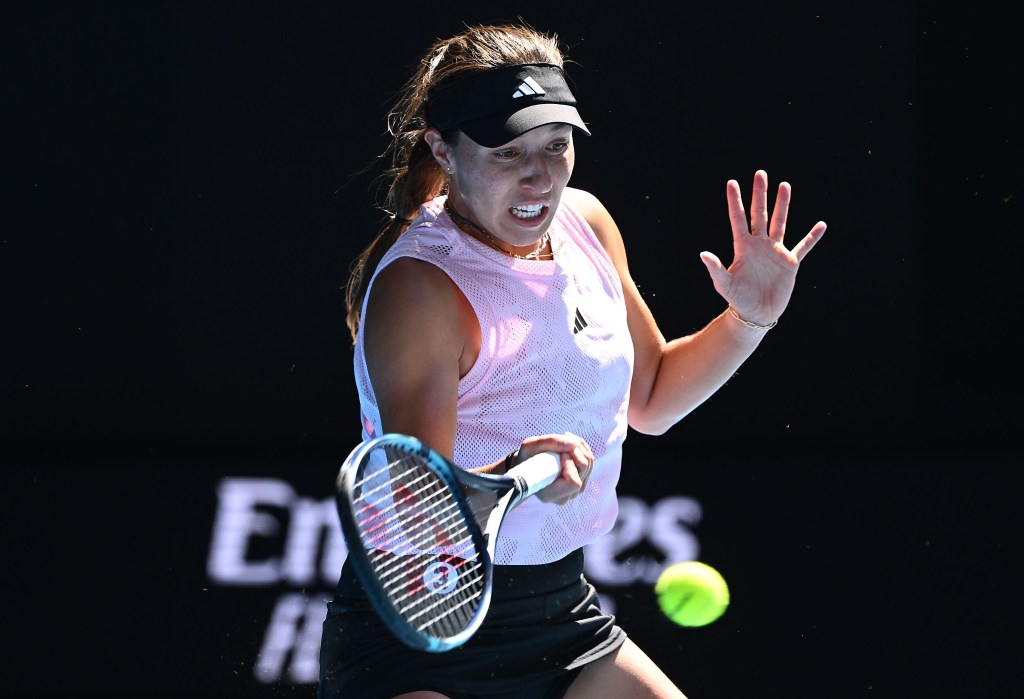 Jessica Pegula hits a forehand during her third-round win at the Australian Open.Getty Images

In other men’s play, Stefanos Tsitsipas will take on Jannik Sinner in the fourth round.

Third-seeded Tsitsipas saved a set point in the second set but beat Tallon Griekspoor 6-2, 7-6 (5), 6-3 to reach the last 16 at Melbourne Park for the third time in four years.

“For sure the first two sets were very tough for me,” the 21-year-old Italian and 15th-seeded player said. “I went on court with one tactic, then I had to change a little bit, going a little more to his backhand. We made a lot of work in the off-season physically so today I was good physically in the last few sets.”

Tsitsipas, the highest-ranked player left in the men’s draw following the exits of top-seeded and defending champion Rafael Nadal and No. 2 Casper Ruud, was pushed hard in the second set by the 63rd-ranked Griekspoor.

The Dutch player had a set point on Tsitsipas’ serve at 6-5 in the second set but couldn’t convert it and Tsitsipas pulled away for victory.

Tsitsipas and Sinner have played five times, with the Greek player leading 4-1. The 24-year-old is a three-time Australian Open semifinalist and was the 2021 French Open runner-up to Novak Djokovic. Sinner reached the quarterfinals in Melbourne last year. Nets’ rally not enough as woes continue without...