Clock is ticking on Rangers’ window to trade Alexandar Georgiev Regarding the Rangers, whose general manager, Chris Drury, does not have the ability to create $10 million in salary-cap space each of the next five seasons, with a wave of Jim Dolan’s magic wand, in order to accommodate long-term contracts for J.T. Miller, Nazem Kadri or any other marquee center whose name has been fancifully attached to the Blueshirts:

1. While the search for a second-line center remains Drury’s — and the franchise’s — essential priority, the GM is facing a pair of upcoming deadlines.

The first is Monday at 5 p.m., by which time the Rangers need to trade Alexandar Georgiev before his unaffordable $2.65 million qualifying offer is due. If the 26-year-old netminder does not receive the QO, he will become an unrestricted free agent.

Drury has been seeking to move Georgiev’s rights since the Blueshirts were eliminated by the Lightning in the conference finals. It has been — and will continue to be — a challenge to find a team willing to trade an asset for a player who otherwise will be available on the open market on July 13, and likely for a lower priced contract.

Edmonton is believed to have expressed previous interest in Georgiev. So has Stanley Cup champion Colorado, currently negotiating to keep incumbent Darcy Kuemper. Buffalo might be a landing spot. The Devils should be interested, though the Rangers might be somewhat hesitant to send Georgiev across the river without a meaningful return. 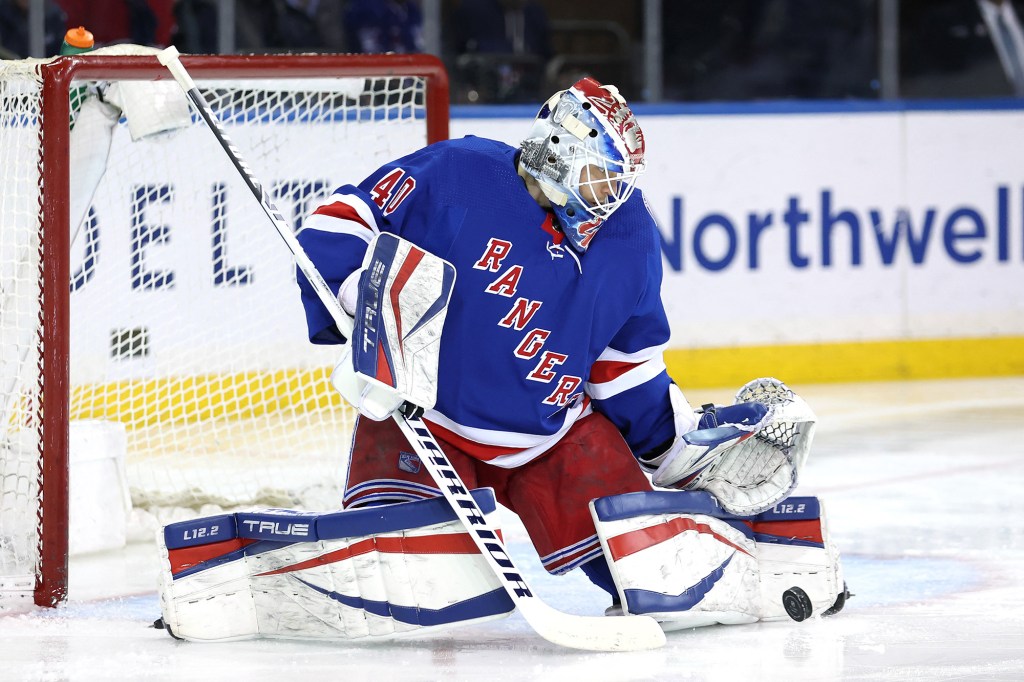 The Rangers (Igor Shesterkin, Georgiev), Islanders (Semyon Varlamov, Ilya Sorokin) and Kraken (Philipp Grubauer, Chris Driedger) were the only three teams in the league last year to carry a backup goalie on the roster with a cap hit of at least $2.425 million for just about the entire season. That is a luxury few clubs can afford in the flat-cap era.

Hence, it seems as if a team trading for Georgiev would have to be confident in the Russian’s ability to secure the No. 1 spot. At this point, coming off two consecutive down seasons in which he ranked 36th with a minus-8.83 goals saved above average among 49 goaltenders with at least 2,500 minutes per Natural Stat Trick, that would represent a leap of faith.

2. The next deadline hits at 5 p.m. Tuesday, which signals the end of the first buyout period. There would be a second in late August if any Ranger files for salary arbitration, but taking care of business by this deadline would create cost certainty entering the free agent season.

The Post has been told that a buyout of the final two years of Patrik Nemeth’s contract is becoming more likely as the time nears. Nemeth is scheduled to carry a $2.5 million cap hit for the next two seasons under the deal the 30-year-old Swede signed as a free agent last summer. 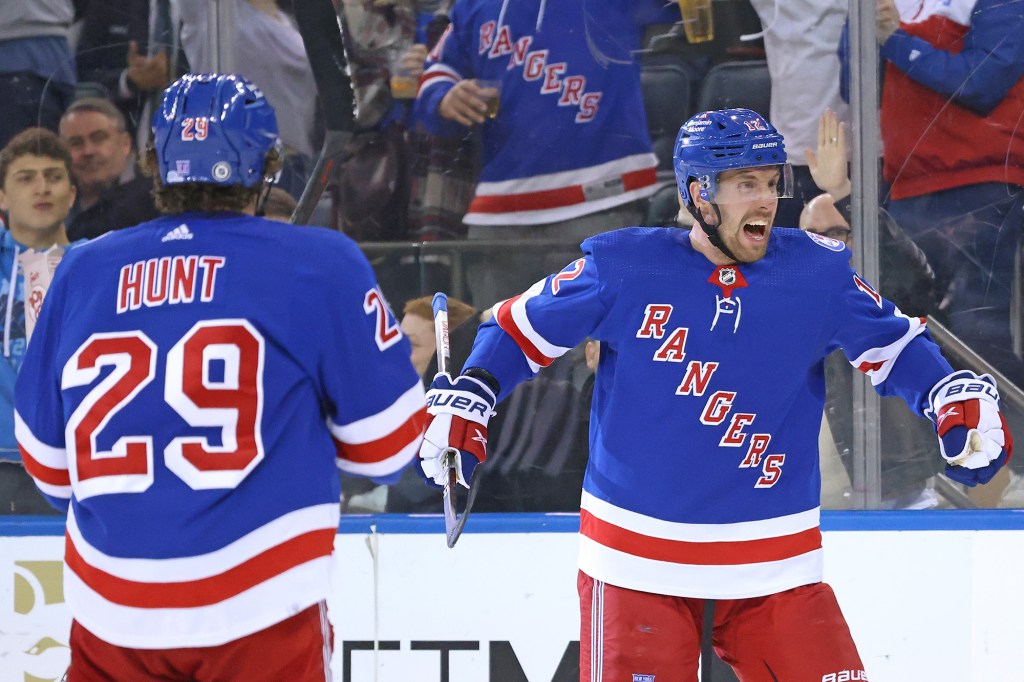 A buyout would save the Rangers $1.5 million under the cap this coming season and $2.5 million in 2023-24 before costing the club $1 million in dead space in both 2024-25 and 2025-26. That last season is the first one in which the cap is projected to increase by a meaningful amount.

Nemeth, whom the Rangers envisioned as a mentor to Nils Lundkvist when they signed him, struggled most of the season as the club’s third pair left defenseman, finishing with seven points (2-5) in 63 games while failing to provide much of a physical presence. He missed a fair amount of time the second half of the season after contracting COVID-19, then was a healthy scratch for the final 15 games of the Blueshirts’ playoff run.

3. Drury’s responsibility is to the organization and not to individual athletes. That is understood. But there should be some balance here when it comes to defenseman Libor Hajek, the 24-year-old impending restricted free agent whose very career is withering on the Broadway vine. 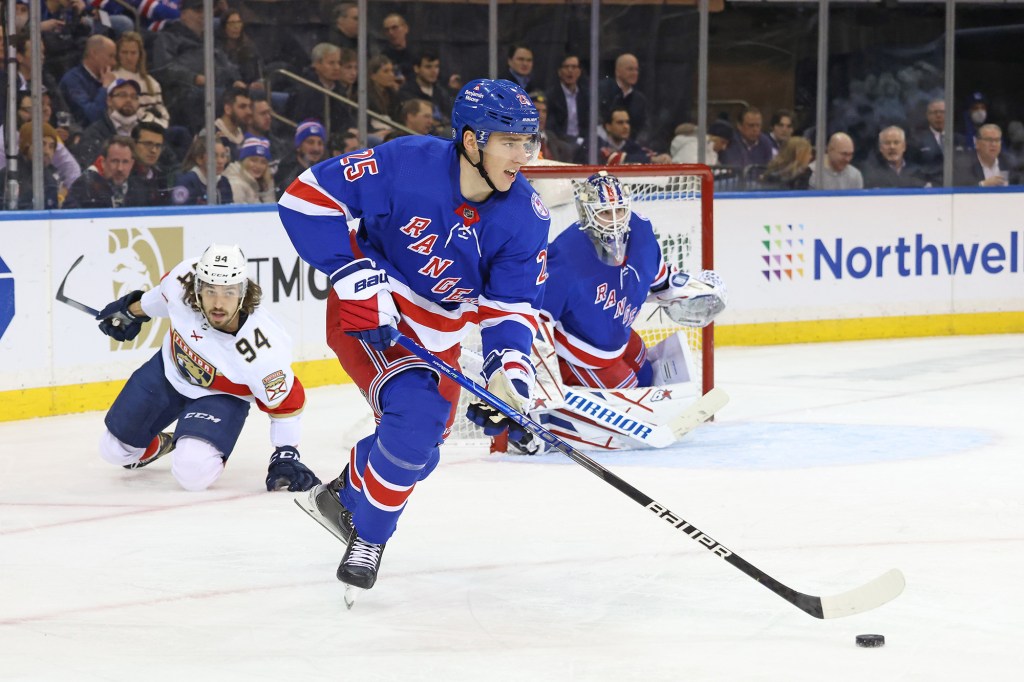 Hajek, technically on the Rangers’ roster from beginning to end (including his conditioning assignment with the AHL Wolf Pack), played just 17 NHL games last year. According to the good folks at Cap Friendly, that tied for the second-fewest in the league among players with at least 185 days on an NHL roster behind Calgary’s Michael Stone (11 GP) and equal to Washington’s Matt Irwin (17).

Hajek is due a qualifying offer of $917, 831.25. The Rangers, who never tried to get the Czech native down to Hartford for fear of losing him for nothing on waivers, will most certainly retain his rights by extending the QO.

But, even if Nemeth is out of the picture, there is little reason to believe Hajek could earn a regular spot — or even a legit look — playing for head coach Gerard Gallant. It would be cruel and unusual to put Hajek in the position of essentially sitting out another season as a safety valve.

Hajek could, of course, play in Europe, but we’re told that he has no interest in pursuing that avenue. There is a chance, though limited, a team could come after him with a no-compensation offer sheet of up to a $1,386,490 cap hit, which the Rangers could not match.

Even an offer of up to $1.125 million — that could be entirely buried in the AHL — would be all but impossible for the counting-pennies Blueshirts to match and would set Hajek free.