The left-hander is out for the rest of the season after fracturing his right wrist during a bike accident on Saturday, the team announced Tuesday morning. Sale underwent surgery on Monday and Boston expects the seven-time All-Star to be ready for spring training.

Sale was already sidelined after suffering a pinky fracture on a comebacker against the Yankees on July 17, just his second start of the season. He played catch Friday for the first time since undergoing surgery to repair the finger. 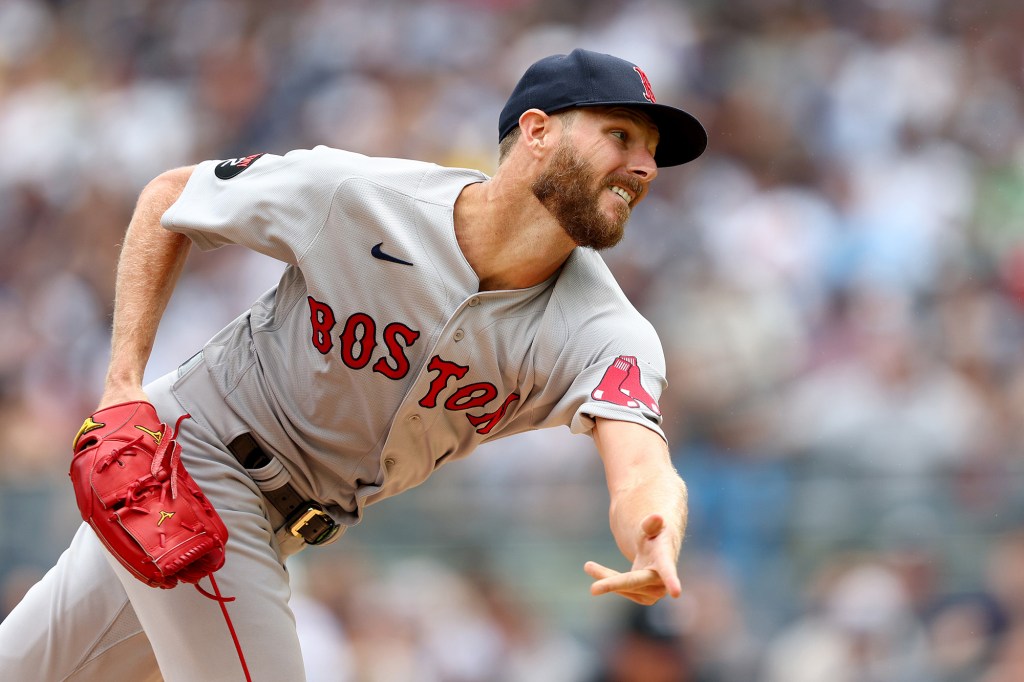 Chris Sale, seen here in his last start against the Yankees on July 17, is out for the season after suffering a wrist injury during a bike accident on Saturday.Getty Images

The 33-year-old did not make his season debut until July 12 after being diagnosed with a fractured rib cage during spring training. Sale’s 2019 season was cut short due to elbow inflammation, and he missed the COVID-shortened 2020 season after undergoing Tommy John surgery. He returned in August of 2021.

Sale, who signed a five-year, $145 million contract extension with the Red Sox in 2019, has only pitched 48 1/3 innings over the last three years. Olivia Newton-John made ‘pact’ with God to save...