That’s one way to tackle it.

Chinese TV has been cutting close-up shots of mask-free World Cup soccer fans to avoid angry comparisons with the strict “zero-COVID” clampdowns behind historic protests at home, according to reports.

Earlier footage of soccer fans from around the world packing Qatar stadiums without face coverings drew outrage in the nation that remains alone in enforcing draconian lockdowns and forced testing for millions.

“Is this the same world as ours?” one Weibo user asked alongside footage, as a viral open letter to Beijing’s National Health Commission asked if China was “on the same planet” as Qatar.

Now, as that anger has spilled out into the biggest wave of protests in the 33 years since Tiananmen Square, state TV has been blocking shots of the fun-loving fans, according to the South China Morning Post. 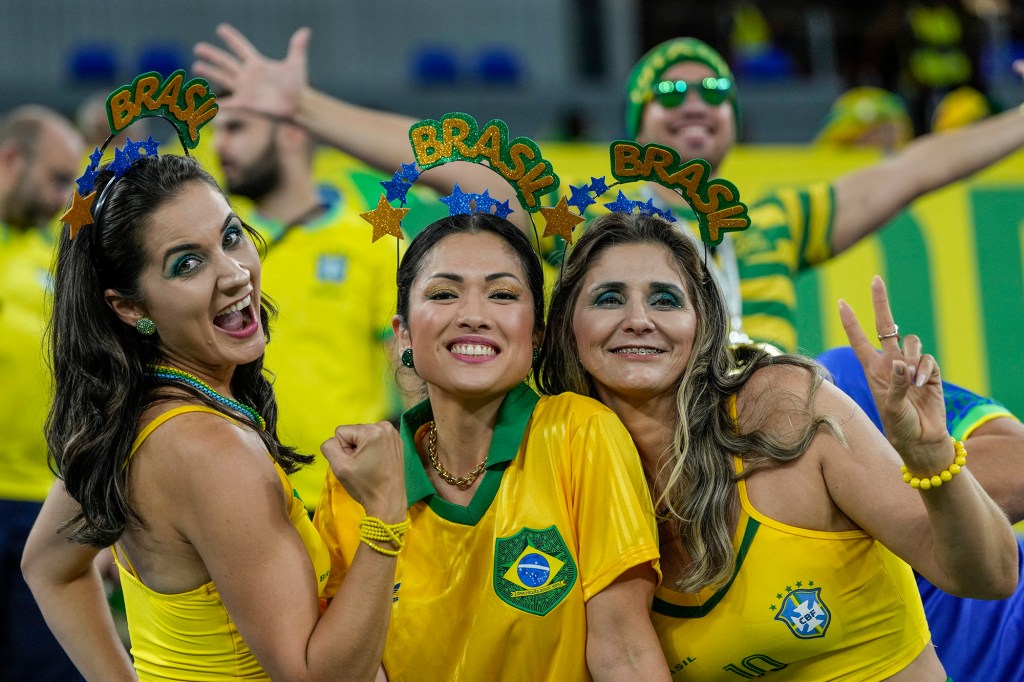 “Is this the same world as ours?” one Weibo user asked as footage emerged of mask-free soccer fans at the World Cup, such as these women celebrating a Brazilian win.AP

CCTV Sports, which paid millions for World Cup rights, has played the usual FIFA feed — but with many crowd shots replaced with images of players, officials or the football stadium, the outlet said.

The same broadcaster has bombarded domestic audiences with negative reports of mass deaths and chaos caused by COVID in the US, suggesting it was the fault of lax policies. 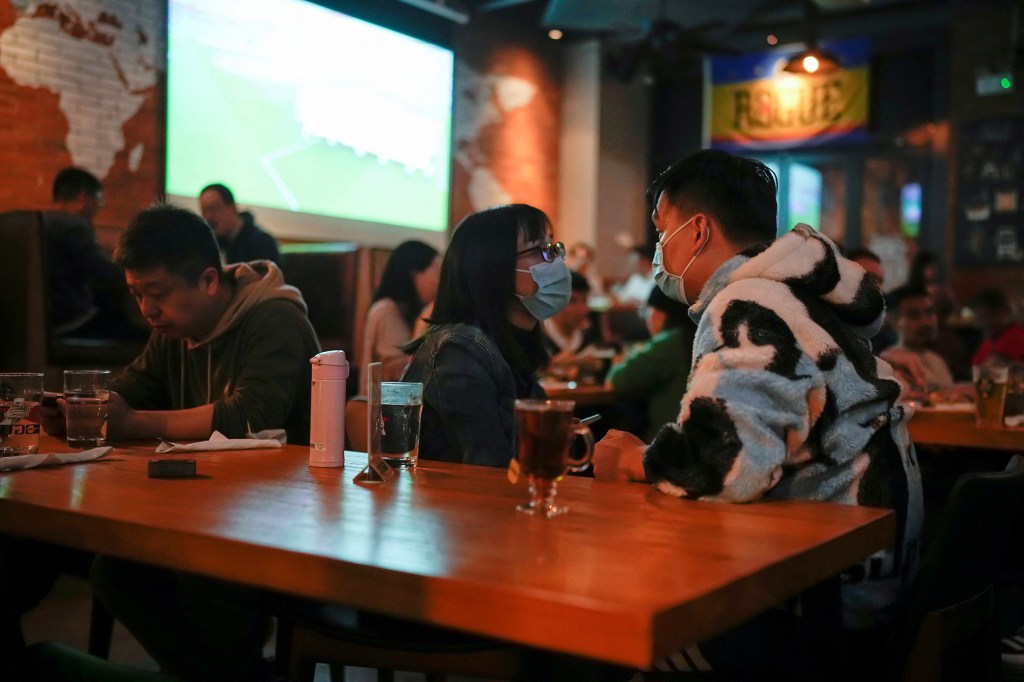 The footage sparked anger in China, which remains the only nation enforcing draconian measures to tackle COVID three years after it first emerged there in late 2019.REUTERS

“This is amazing,” he wrote alongside one since-deleted clip, stating that “it’s 100% a fact that Chinese TV airs fewer fan/crowd shots on average than other international broadcasters due to pre-emptive censorship.”

He said a 30-second delay in broadcasts makes it “easy to cut away from a close-up of a crowd shot to one of these other angles — and viewers back home would be none the wiser.”

Still, even that coverage — which still includes wider shots of celebrating fans — has sparked outrage in the soccer-mad, locked-down nation.

“Some people are watching World Cup matches in person with no masks, some have been locked at home for a month, locked on campus for two months without even being able to step out the door,” one person wrote online, according to Agence France-Presse (AFP).

Another Weibo user said they were “disappointed” in their country. “The World Cup has allowed most Chinese people to see the real situation abroad, and worry about the economy of the motherland, and their own youth,” the user wrote. 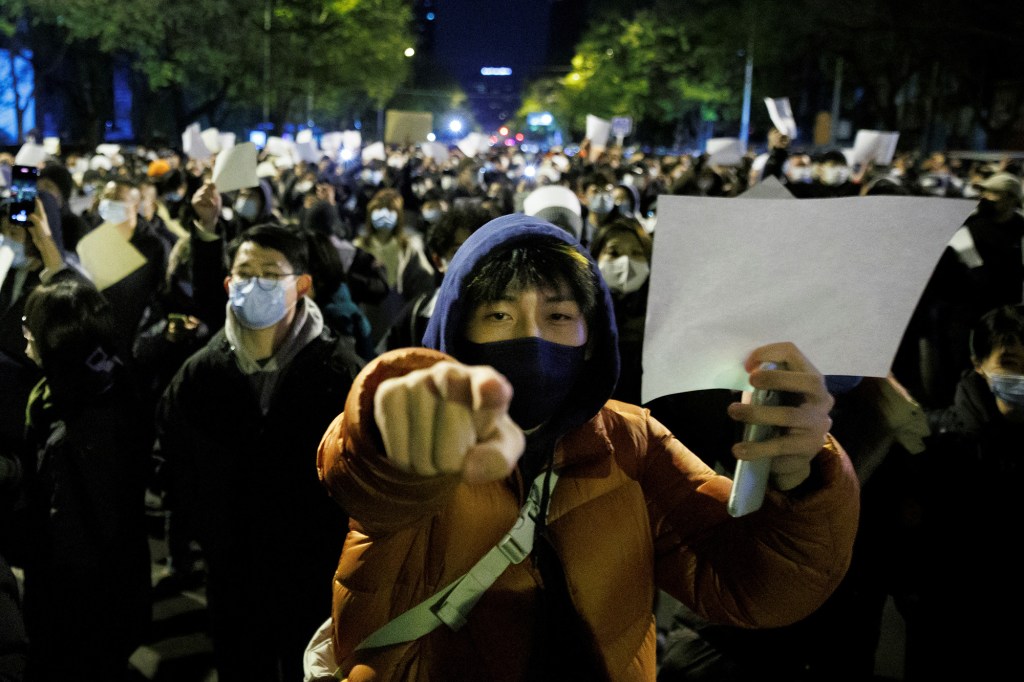 Many in China have finally had enough of the brutal lockdown measures that have been ditched by the rest of the world.REUTERS

“How long will the policies keep us in lockdown? Are we not the same species with those from the rest of the world? Are we closing off the entire country from the world now?” it had asked.

The anger spilled over into the streets in several cities across the country over the weekend as the policies were blamed for deaths of up to 10 people killed in an apartment fire in Urumqi, where some residents have been locked in their homes for four months. Many questioned whether the dead residents were trapped by locked doors or other pandemic restrictions. 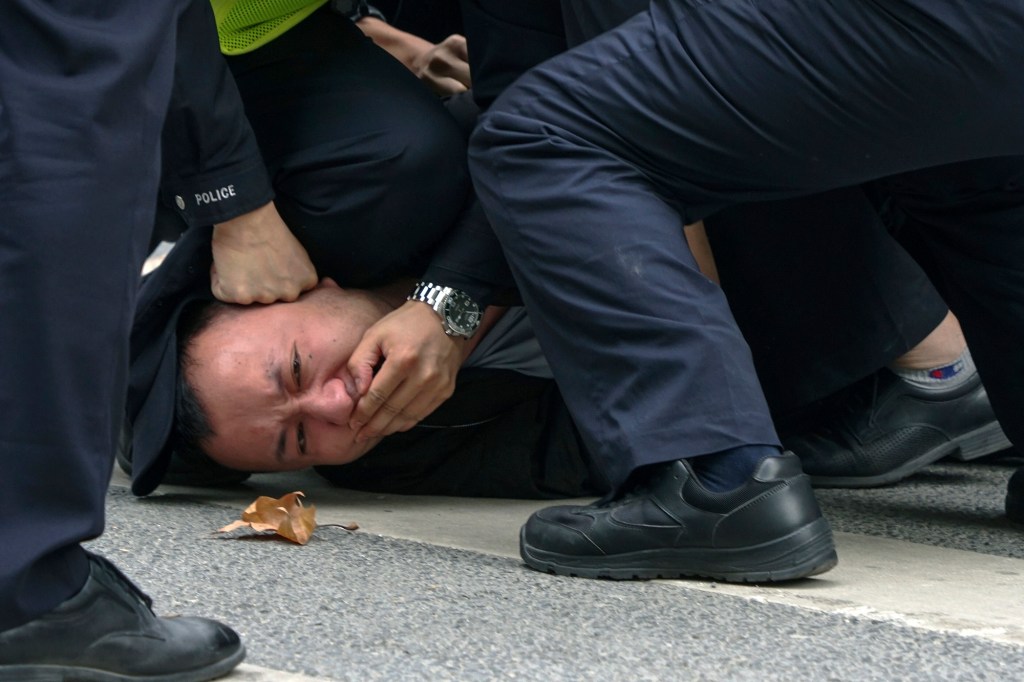 Anger over China’s policies sparked the biggest protests in decades.AP

Chinese state media have made no mention of the protests, which have been unprecedented since the army crushed the student-led pro-democracy movement at Tiananmen Square in 1989.