Chaz Ebert has become one of the foremost agents of change in the entertainment industry, working to make sure traditionally overlooked communities get the chance to develop their talents in the business.

Tonight, the entrepreneur, film producer, publisher of RogerEbert.com and president of the Ebert Company LTD. is being honored for her efforts to drive inclusion with the FACETS Legend Award at the Screen Gems Benefit 2022 in her native Chicago.

“Chaz is so deserving of this honor as she is passionate about programs that help break the glass ceiling for women and people of color and that provide education and arts opportunities for women, children, and families,” noted FACETS executive director Karen Cardarelli. “We are inspired by her extraordinary contributions to the industry.” 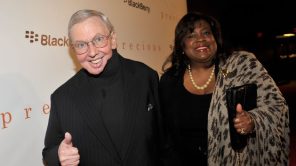 Ebert began her career as an attorney, working as a litigator for the Environmental Protection Agency, and later in private practice. In 1989 she became vice president of the Ebert Company LTD, and in 1992 she and Chicago Sun-Times film critic Roger Ebert were married. Her early efforts at promoting diversity within the film world came in sponsoring Ebert Fellows to participate in important festivals like Sundance and Cannes.

“When I first started out doing this, it wasn’t consciously just to open up things,” Ebert tells Deadline. “I would talk to people who I found interesting, people who didn’t know how to break into the industry. They didn’t know anyone. They didn’t have any clout. But I thought that they were talented and I thought, Boy, I’d like to see their work.”

She was married to Roger Ebert for more than 20 years before his untimely passing in 2013. Since his death, she has continued her philanthropic field-building work through a variety of programs.

“As president of the Roger and Chaz Ebert Foundation… she has provided grants to support films with strong social justice themes,” a press release from FACETS said. “And she supports emerging writers, filmmakers, and technologists with her endowment of scholarships, internships, or awards at the Sundance Film Festival, Film Independent Spirit Awards, the University of Illinois Ebert Fellowships, the Hawaii International Film Festival-Young Critics Program, the Telluride Ebert/TFF University Seminars, the Chicago International Film Festival Ebert Director Awards, and the Columbia College Links Journalism Awards in conjunction with the Chicago Urban League.”

Those initiatives have begun to bear fruit, widening a field that at one point was mostly the preserve of white men.

“I do know that I’m pleased every time I see some area opening up,” Ebert says, “whether it’s in front of the camera or behind the camera.” 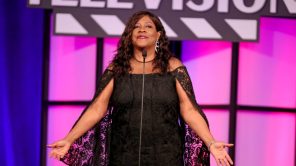 “If you had to classify me as a personality type, I’m more of a producer,” Ebert explains. “I came from a family of nine children — I was the eighth of nine. And when you have a big group of people trying to do anything you need somebody who is very organized and very laser focused on what things need to be done and how to draw the people together to do them and how to draw money together to do it. That was my role kind of in life. And so it became natural for me to become more of a film producer.”

Recently, she has turned her attention to directing. She’s at work on her first documentary, which will tell the story of Deborah Szekely, known as the “godmother of health and fitness,” who celebrated her 100th birthday on May 3.

“She started Rancho La Puerta Wellness Resort and Spa when she was 17, and she started the Golden Door Spa outside of San Diego. And she’s still going strong,” Ebert says. “I spent her 100th birthday with her, and the whole town of Tecate, Mexico, came out and gave her a party. They had parties for her in San Diego. They had parties for her in Washington, D.C. She told me is still walks the mile a day. Sometimes she has to use a walker to do it, but she still does it.”

The film will explore the incredible dimensions to Szekely’s career, which extend beyond health and fitness.

“She started a center for new citizens who come into the United States. She wrote a book that Congress uses today to tell you what to do when you first get elected to Congress,” Ebert notes. “Setting Course: A Congressional Management Guide was her idea. She put it together and it’s now in its 17th edition. She’s lived an extraordinary life, and to spend the day with someone who at 100 was still inspiring me was something that I wanted to document.”

Ebert says she hasn’t decided if the film will be feature length or a short, but hopes to release it next year.

Tonight’s Screen Gems Benefit, meanwhile, were Ebert is being honored, will support causes close to her.

“All proceeds will be directed to the Bross Scholarship Fund supporting under-resourced youth,” according to a release. “Scholarships provide free access to the Annual Chicago International Children’s Film Festival and to Summer Film Camp.”