Charlamagne Tha God’s late-night show has been rebranded with a new name, executive producer and format — but its focus remains the same.

It’s back now as “Comedy Central’s Hell of A Week with Charlamagne Tha God,” with Josh Lieb, a former executive producer of “The Daily Show with Jon Stewart,” brought on board to help steer the ship.

Charlamagne (aka Lenard McKelvey) — a radio Hall of Famer who co-hosts the nationally syndicated “The Breakfast Club” on Power 105.1 with DJ Envy and Angela Yee — spoke to The Post about “Hell of A Week” and about its mission going forward. 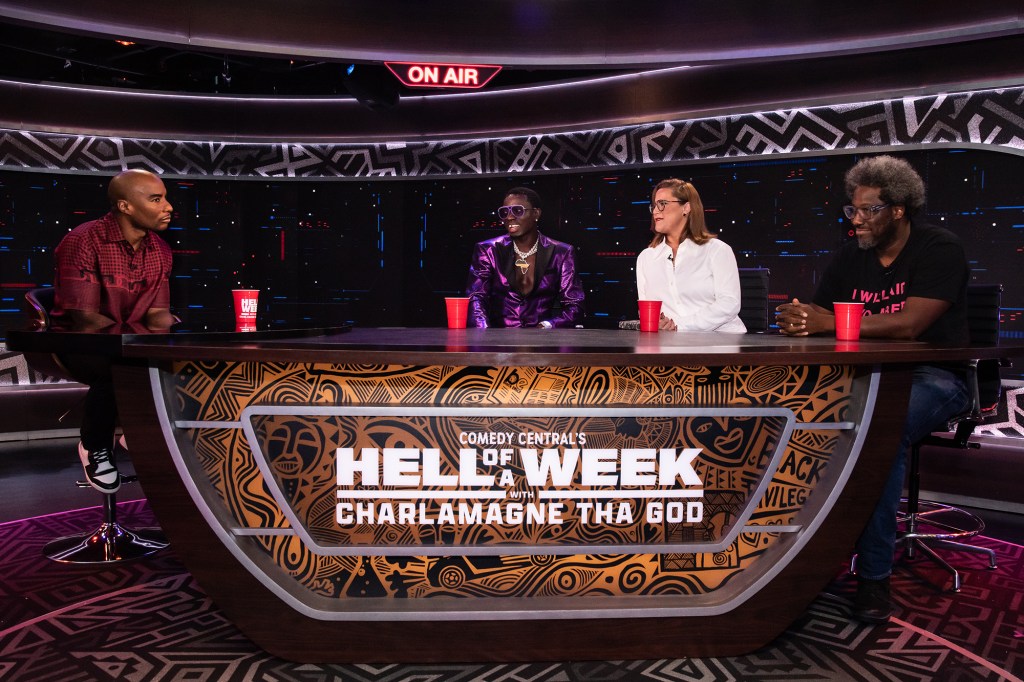 Why was the show rebranded?

The rebrand is literally because that’s what corporate wanted. They do these focus groups and research groups and testings … “Hell of a Week” reads more like a weekly late-night talk show than “Tha God’s Honest Truth.” I’m always a student and trying to learn and I’m also trying to win — so if the network comes to me and says, “We think that with a tweak like this more viewers will come to the show and realize it’s a weekly late-night talk show” … I’m gonna trust the experts.

Will the focus on a panel format impact the way you host the show?

“I actually think [the panel format] makes me looser because I really do enjoy conversations in a community and I love … exchanging ideas and debating. I never want my perspective to be the only perspective; I want other people’s input and debate. That’s where you get a lot of education sometimes, and I think it will be more beneficial for me and for the viewers at home.

Was Josh Lieb brought on to take the show in a different direction?

No. I mean, in Season 1 we talked about the decrackerfication of America, and I think that if a network is going to let you talk about that, which is basically what I think would be America’s version of denazification — and to say “cracker” like 75 times in one episode — I don’t think they’re going to censor you too much. Josh is an added asset to the team and we have such a great creative team already, including my showrunner, Rachael Edwards, who is incredible at what she does. I’m a firm believer that if [the network] wants this type of show, you have to be in business with someone who’s already done it — and Josh has [won] seven Emmys with “The Daily Show.” So I think his resume speaks for itself; the show wasn’t necessarily lacking anything — Josh is just a great addition. 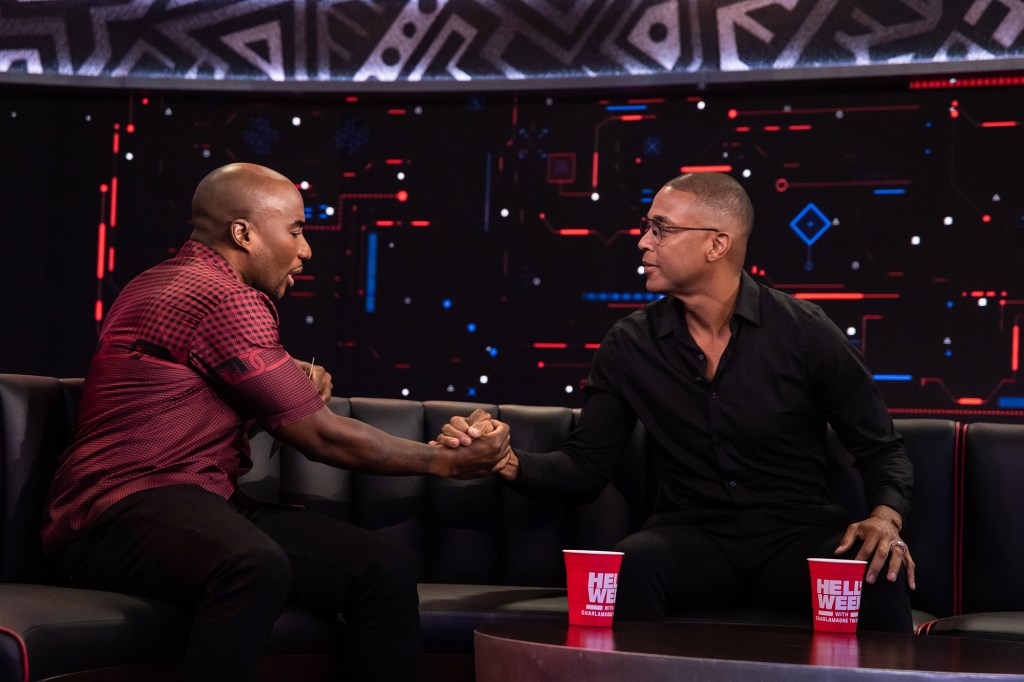 Charlamagne on “Hell of A Week” with guest Don Lemon. The show airs Thursday at 11:30 p.m. on Comedy Central.Ismail Calligrafist Sayeed for C

Are there fundamental differences between working and radio and television?

You always have to be your true, authentic self, which is the number-one thing when you’re on any of these platforms, because nobody out there can do what you do. Radio has a system and TV has a system and they are not the same. I’m so used to playing in the radio and podcast system that sometimes, when I approach TV … it feels like there’s just never enough time. I don’t know if you’ve ever heard basketball players or football players talk about how the game slows down for them: Michael Jordan, LeBron James, Tom Brady, Steph Curry, these are people that are just a little better than anybody else — the game might be moving fast for everyone else but it slows down for them. That’s how I feel when I’m on the radio or on a podcast. TV still feels like it’s moving at a fast pace. I’m used to having long-form interviews or conversations — and now, I’ll be sitting down with a person [on TV] and I’m only talking for seven minutes.

Who’s your ultimate “get” for an interview?

The only guest I really want to get is [author] Judy Blume. I’m a huge, huge, Judy Blume fan and I grew up on her books. My mom told me when I was younger to read things that didn’t pertain to me, and Judy was who I used to go to [in those situations]. She’s the only person I really want to talk to — on any platform. ‘A League of Their Own’ star Molly Ephraim... ‘The Beatles: Get Back’ Director Peter...