Boston Celtics coach Ime Udoka is facing possible disciplinary action — including a significant suspension — for an unspecified violation of organizational guidelines, according to ESPN’s Adrian Wojnarowski.

Discussions are ongoing within the Celtics organization on a final determination, according to Wednesday night’s report.

If Udoka is suspended for a significant amount of time, it would be a blow to the Celtics, who thought they had their coach of the present — and future. Udoka led the Celtics to the Eastern Conference championship and a berth in the NBA Finals against the Golden State Warriors in his first season as head coach.

The Udoka story was just the latest in a heavy news day around the NBA.

First, Sun owner Robert Sarver, who was under fire following an investigation into allegations of workplace misconduct against him and the organization, announced earlier Wednesday that he was selling the Suns and the Mercury of the WNBA. 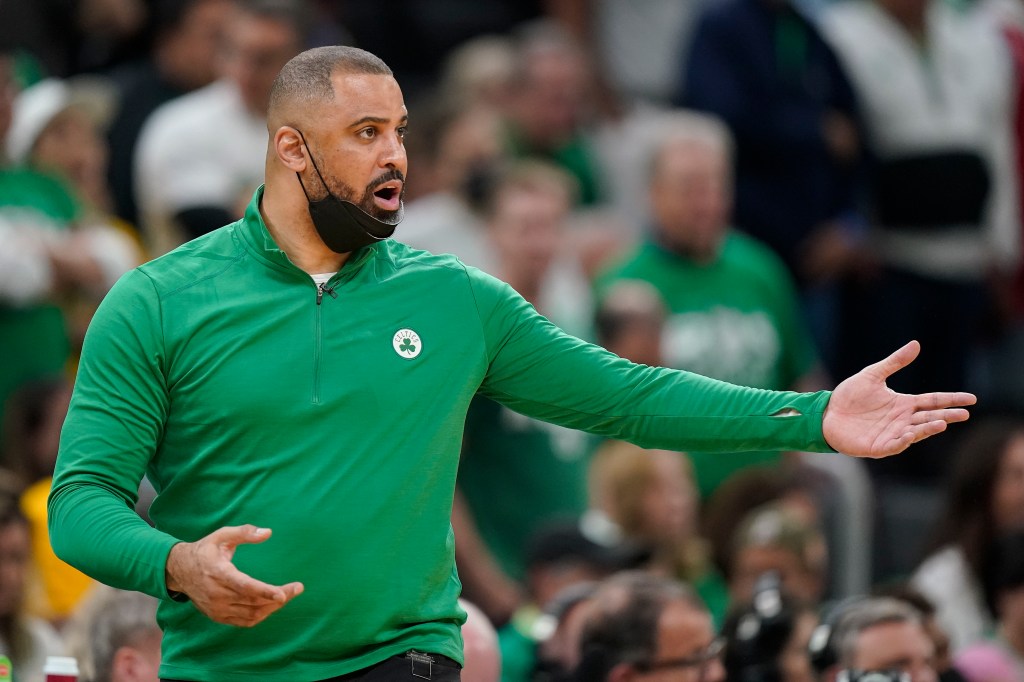 Sarver was suspended for one season and issued a $10 million fine, amid growing pressure that the punishment was not severe enough, Sarver decided to step away. Suns vice chairman Jahm Najafi and PayPal CEO Dan Schulman said they didn’t want him to return, and LeBron James and Chris Paul also previously spoke out saying the punishment wasn’t harsh enough.

In other NBA news on Wednesday, a top NBA reporter Shams Charania, who competes with Wojnarowski for stories, signed new deals to remain at Stadium/Bally Sports — both owned by Sinclair — and The Athletic, The Post has confirmed.